In recent years, there seems to be a trend of adopting foxes as pet. We can see a number of people posting their fox pets on Instagram, Twitter, etc… They look really cute, no doubt, but it begs a question: can fox make good pet? This question is very important, especially since fox is wild animal, not domesticated one like dog or cat. And so with no further ado, let’s find out if foxes can be great pets!

Is fox the same specie as dog?

Technically, fox belongs to this same category as dog – the Canidae, also, foxes are also classified in its own category called Vulpes. These adorable creatures are one of the most popular species in the world and they are often seen in many cultures and folklores. There are over 30 fox species all over the world, in which the red fox is the most popular.

So at this point, some people probably think that we can easily have fox as pet because they are the same specie as dog… right? Unfortunately, they are not…

A through and through wild, curious animal

No matter how cute these foxes may look, the matter of fact is: they are still wild animals. And similar to wolf, they have unique traits and needs which do not necessarily match with human’s lifestyle: 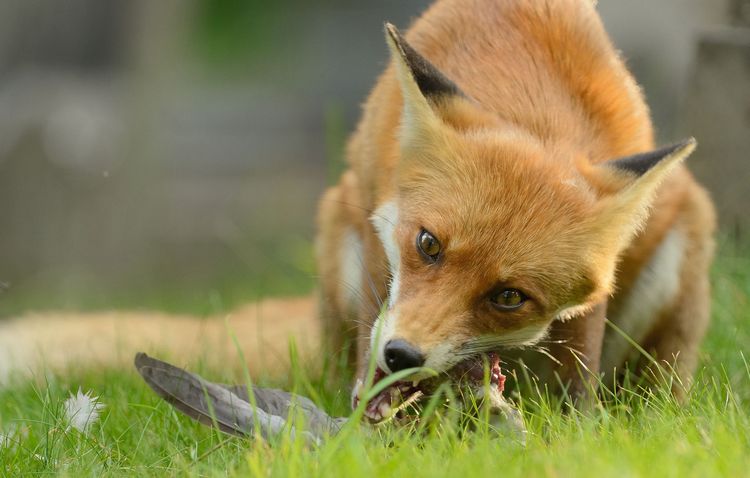 Fox can eat somewhat similar food like dog and cat. However, their bodies need more nutrition than just dog food or cat food. Foxes need lots of meat and their food sources often come from small rodents like rabbits, mice, or chicks. Living in the wild allows easy hunting for these small creatures. But living in human household meaning we as the owners need to provide meat for them. Not only that, certain fox species may require complex diets, for example: Fennec fox has higher need for taurine which can found in certain cat foods or chicken hearts. If they do not get enough taurine, they may suffer seizures, blindness, or even death. 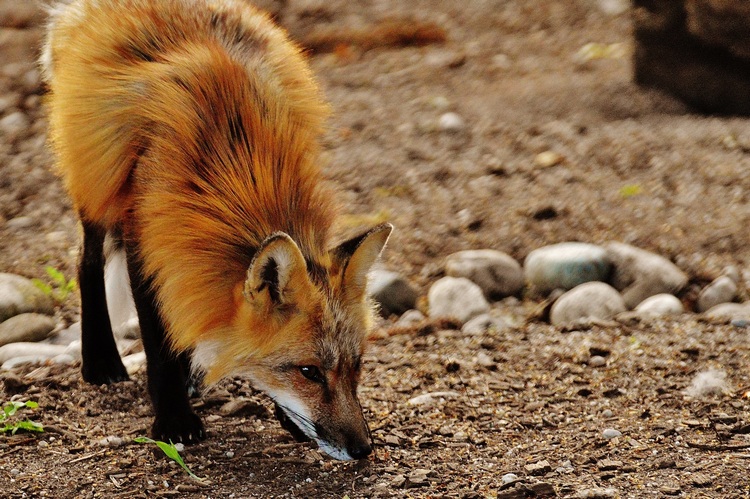 And they do forage… a lot. (Source: Internet)

And even though there are websites that advertise themselves to have “natural” food based on what the fox actually eats in the wild. While this may sound good, we can still not sure 100% if the diets offered by those websites actually provide enough nutrition or not. Not to mention that there can be unknown bacterias that can be harmful to the fox and even us humans.

And then there is another complicated aspect which is stimulation for foxes. This comes from the fox’s inherent trait as a “natural forager”. As a result, fox owners even need to hide food so that their fox can find its food. This also explains why zookeepers often build things in order for foxes to destroy and find food.

2. Intelligent and curious, yet in the wrong place

Living in human household is unlike living in the wild. You do not want your pets (including your doggo) to run wild, scratch your furniture, and break stuff. And unfortunately, that is exactly what foxes tempt to do. It is not because they are bad or anything, it is simply their nature.

Here’s the thing: again, foxes are natural forager and therefore, they tend to be extremely energetic. Running, digging, foraging, and playing are just in their nature. Unless you can provide your fox with a big outdoor area, your fox can easily become your greatest nightmare. Furthermore, foxes can be even more destructive if being left alone for an extended time. 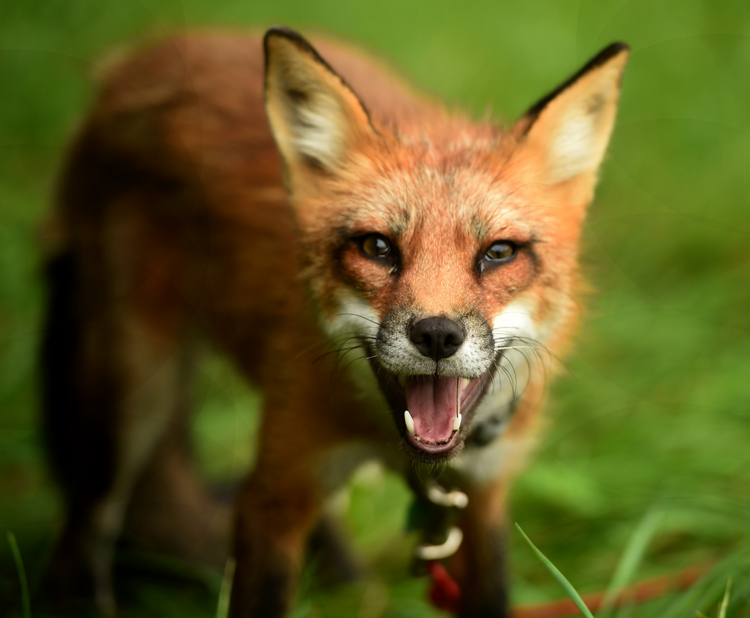 Most of us probably have heard of the meme song “What does the fox say”. It is funny because many of us have never heard the fox’s sound before. This may mislead some people to believe foxes to be quiet animals. In reality, it is not.

Though who does have fox pet will quickly realize that these cute little creatures are extremely vocal. They do not bark like dog or wolf, but they have various sounds which can give you a real headache. And even if you are fine with their voice, it does not mean your neighborhood will feel the same. 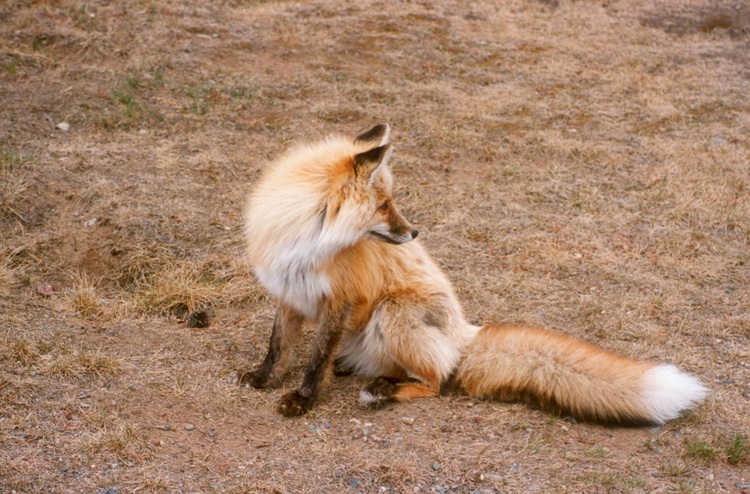 Their marking smell… it is not pleasant at all (Source: Internet)

Then there is a really bad problem with foxes: their smell. Foxes are notorious for their urine smell, it is extremely pungent and literally impossible to remove. This is because foxes instinctively use their urine to mark territory in the wild. So even when you bring the fox home, this behavior still persists. The only difference is: they consider your home to be their territory.

Can fox be domesticated? 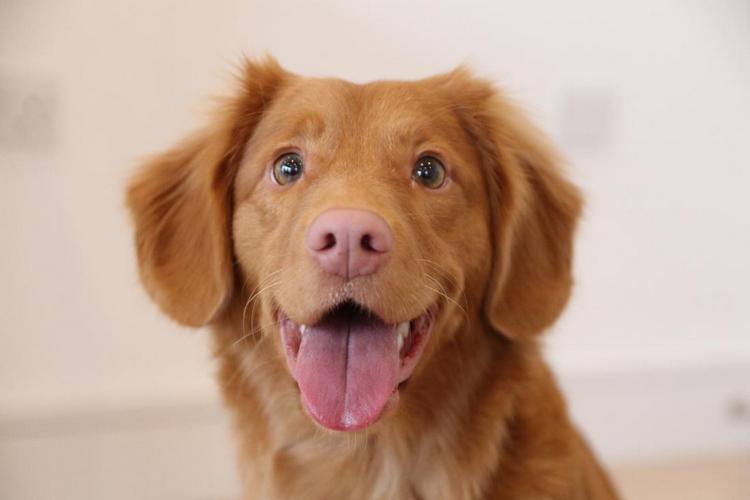 Dogs have been domesticated for thousands of years (Source: Internet)

This is a good question. Some people think that domesticating an animal is simply raising it at the early age. But that is not how “domestication” works.

If we look at domestic animals, specifically dogs and cats, notice that dogs and cats actually have been raised by human for hundreds, or even thousands of years. Their ancestors were originally wild animals, they feed off left-over food by our human ancestors. And in return, our ancestors found specific benefits for those wild dogs (or wolves to be more precise) and cats. For example, dogs proved themselves to be extremely good in herding, guarding, or hunting. On the other hand, cats could easily hunt rodent creatures like mice. Then after years and years of domestication, they were changed in genetic level, making them perfect domestic animals (like dogs which develop attachment nature to human). 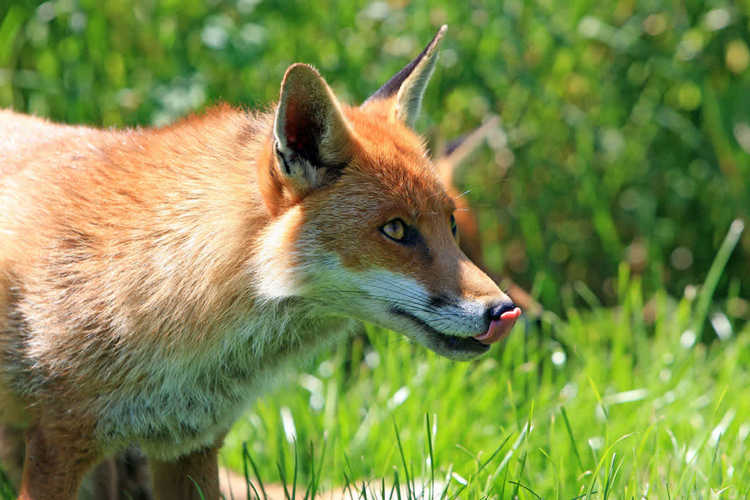 It is not the case for foxes though… (Source: Internet)

So back to the question of whether foxes can be domesticated, at the moment, the answer is no. Foxes are still inherently wild animals and they do not depend on human. Certain people may adopt a fox during its childhood and train it, but it only teaches them proper behavior. Its children though will still have wild traits and characteristics. So unless we domesticate foxes for a very, very long time, we cannot expect to easily adopt a fox anytime soon.

Does this mean we should never, never have a fox pet?

It is probably better to let them stay in the wilds… (Source: Internet)

Frankly speaking, we cannot say 100% that we should never have a fox pet. But given the fact that foxes are still inherently wild animals, adopting them can prove to be dangerous for both themselves and their owners. If you really, really want to have a fox pet, it is highly recommended to have extensive research about the species and also your local law (since certain states do not allow ownership of wild animals). Afterward, you still need to make sure that you have enough capability to raise a fox pet.

For the common folk, it is still suggested not to have a fox pet no matter how hype the idea can be. This is a logical recommendation since if you do not prepare properly, bringing a fox home will only bring stress. Worse, you may resolve to abandon your fox pet. And let’s be frank, there are already many cases in which people have to leave their dog pets, not to mention an exotic pet like foxes.

But what do you think? Feel free to share with us and for now, thank you and stay tune for more news in the future!