Everyone knows the friendly neighbor Golden Retriever. They have always been among the top 10 most popular dog breeds in the US. And of course, there are good reasons for such popularity. So today, let’s try to learn more about our “doggo fren” – the Golden Retriever!

1. Where did Golden Retriever come from? There is quite an interesting story regarding the origin of the Golden Retriever. At first, the breed was believed to originate from Russian circus dogs, told by Mr. Col. Trench back in the late 19th century. He claimed that his Golden Retriever was bred from Russian circus dogs he obtained from Guisachan directly in roughly 1883. For that reason, he even insisted that the breed should be called “Russian Retriever” instead. And since he was the breed’s leading fancier, many people quickly trusted his claim. 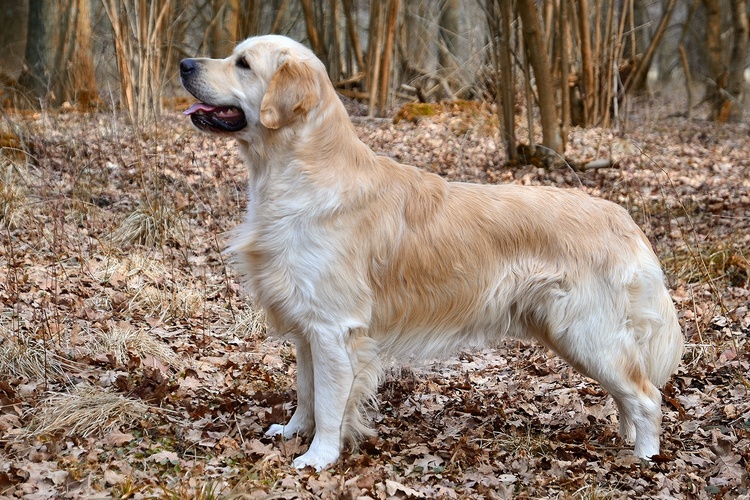 Yet later on, another theory came up and quickly challenged the “Russian Retriever” theory. It came from the studbooks of Mr. Dudley Marjoribanks (also widely known as Lord Tweedmouth), written between 1840 and 1890 during the reign of Victoria. At the time, Lord Tweedmouth wanted to create a new retriever breed who would be more attentive to his human hunting companion, while also loyal and even-tempered at home. And his records showed that originally he brought a Yellow Retriever home named “Nous” in 1865. He mated it with his dog “Belle”, a Tweed Water Spaniel which was known for its calm and loyal traits (unfortunately the breed was extinct). Thus the first descendants of Nous and Belle were born, and with a bit refinement later on, we finally have the Golden Retriever as we see today.

The breed was officially recognized by The Kennel Club in England in 1911, and then by American Kennel Club in 1932. And just like what Lord Tweedmouth wished, the breed is now extremely popular now only among hunting lovers but also common households. 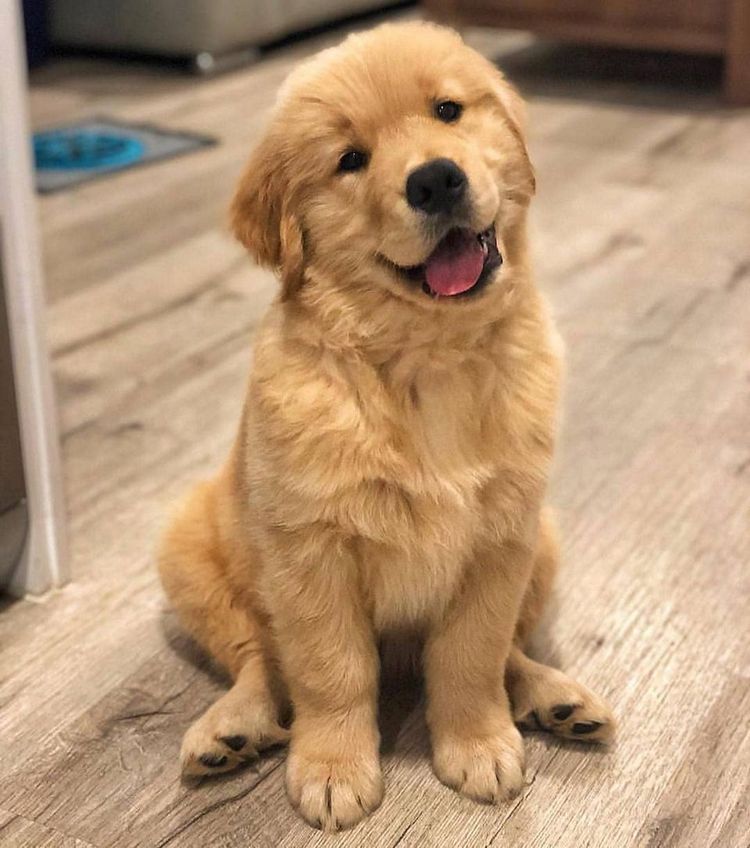 The Golden Retriever is considered a medium-size breed and classified in Sporting Group by the American Kennel Club. The males are 23 to 24 inches tall and weigh 65 to 75 lbs, while the females are 21.5 to 22.5 inches tall and 55 to 65 lbs. They tend to reach the full height by one year of age, and their mature weight by two years. Their lifespan lasts around 10 – 12 years. 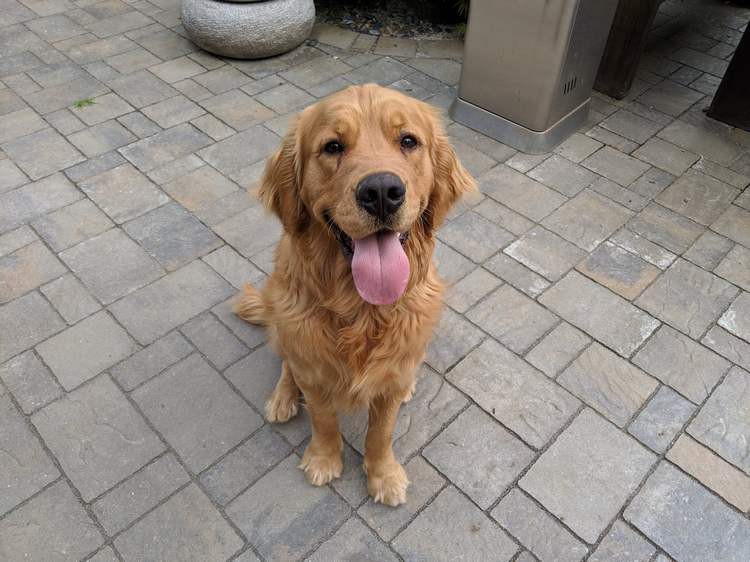 Friendly, calm, intelligent, and loyal are the famous traits of the Golden Retrievers. They can quickly get along well with humans (including strangers), children, and other pets. A well-socialized Golden Retriever can easily socialize with everyone. They are so great at socializing that people even employ them to be “therapy dogs”! Be aware though not to expect your lovely doggo to be an incredible guard dog since he can pretty much… invite the burglar into the house. Also note that because they are highly social dogs, you should not leave them home alone since they can develop destructive behaviors if you do so. It is also rather easy to train them due to how eager-to-please they are. On top of that, they are extremely energetic thanks to their retriever trait. You can simply bring them outdoor and play fetch with them, they will gladly oblige. Thanks to their energetic and attentive nature, they are the perfect match for active families. On the other hand, it is not suggested to adopt a Golden Retriever home if you cannot provide them enough exercise or keep them accompanied every day. 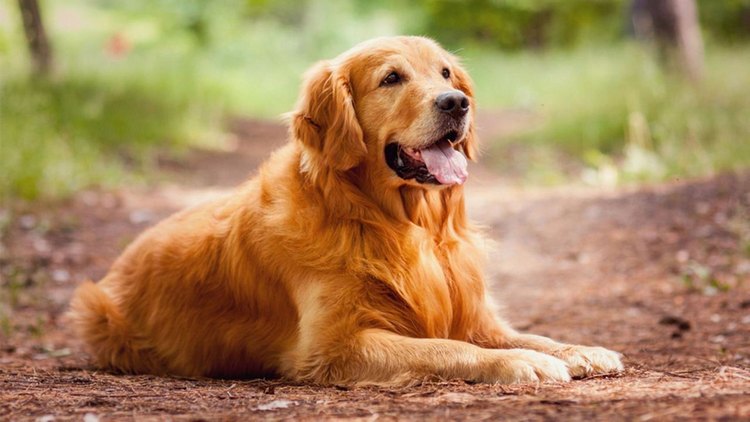 The Golden Retriever is generally a healthy breed, but just like any dog breed, you still need to check out parents’ clearances from any puppy breeder. A good breeder should show you the health clearances of the pup’s parents.

Some notable clearances are from Orthopedic Foundation for Animals (OFA) for hip dysplasia, elbow dysplasia, von Willebrand’s disease, and hypothyroidism; from Auburn University for thrombopathia; and from Canine Eye Registry Foundation (CERF) to make sure that their eyes are normal.

3. How to take care of the Golden Retriever? 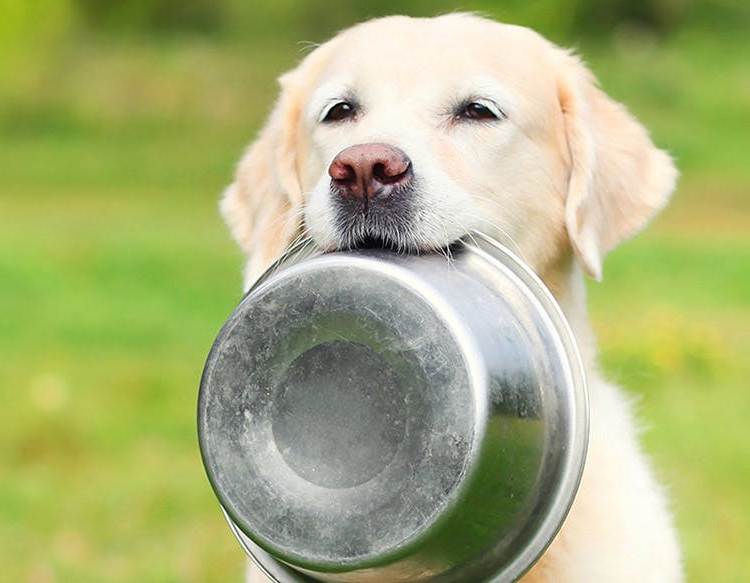 According to AKC, high-quality dog food matching the dog’s age should provide all the nutrients for the breed. Also, it is highly recommended to feed your Golden Retriever moderately because he can still become overweight. The eye test and the hands-on test can give you hints on whether he is overweight or not. Golden Retriever can, of course, have bones and human foods, and it is best to avoid cooked bones and foods with high fat level. Plus, be sure to check carefully which food your Golden Retriever can eat if you consider giving him human food. Last but not least, be aware when giving dog treats since they can also cause obesity. Giving dog treats can be necessary for training, but it is highly recommended to do so in moderation. 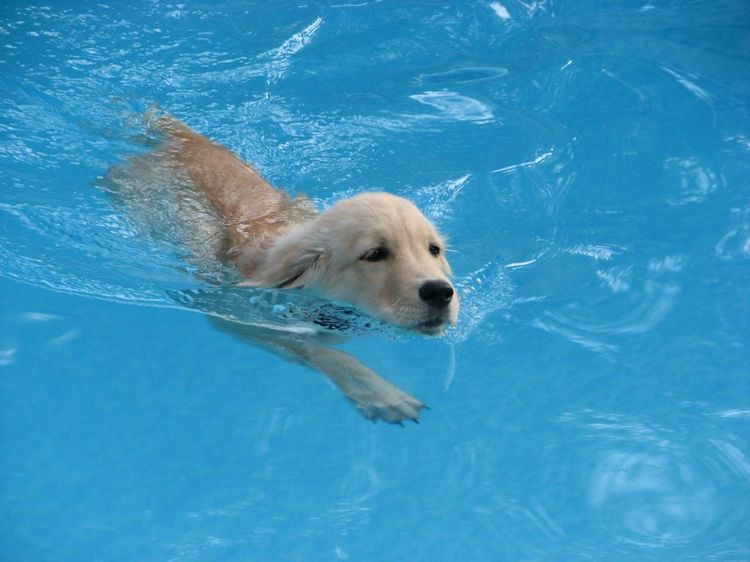 As mentioned, the Golden Retriever is a highly energetic breed and therefore, they require lots of exercise. Ideally, take your Golden Retriever a walk for around 1 hour per day to keep him occupied, he will eventually become a great jogging partner. If there are children in the family, teaching them to play fetch with your dog is also a great idea. Some people may like to bring their Golden Retrievers for a long run, ride, or other high-impact activities, which is still a good thing. But it is recommended to consult your vet before doing so to prevent causing stress to the dog’s joints and bones.

In case of Golden pups during the first two years of age, exercise should be taken easy because their body is still developing, thus, doing heavy activities can damage them. Instead, it is better to take a walk on grass or soft surface or take them for a swim if possible. Jogging though is not a good idea, and especially, do not make them climb or descent from high places. Those activities require jumping while their body does not ready for it yet. 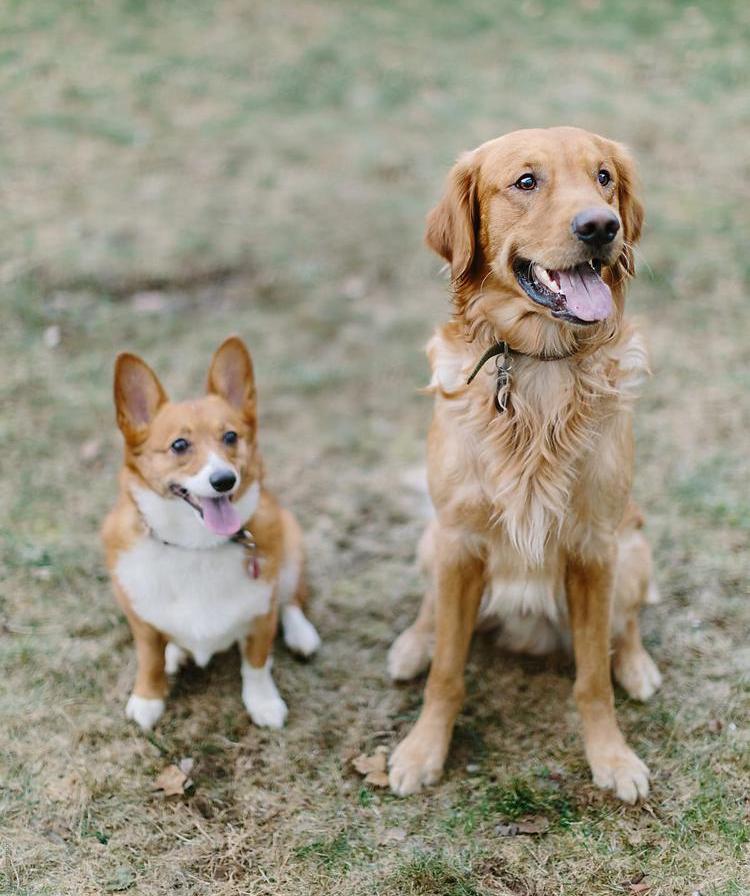 Even though the Golden Retriever breed is generally friendly, helping them socialize during their puppy years is still necessary. it is highly recommended to let them visit various places and meet different people during their 7 weeks to 4 months of age. Puppy training class is also a great idea to help your Golden pup learn socializing. It can even help you detect any bad habits that can possibly develop. Luckily, because Golden Retrievers are usually loyal and eager to please, training and socialization for them should be relatively easy. The Golden Retriever has a thick, water-repellant double coat and they often shed once or twice a year. That said, it is suggested to give them good brushing once or twice a week to get rid of dead hair before it can fall throughout the house. Other than that, you only need to give Golden Retriever occasional baths to keep him clean. Trimming is definitely needed, but that will depend on your Golden doggo (normally trimming once every few weeks). And finally, remember to often brush his teeth to ensure fresh breath and good health.

And that’s it folk! What do you think about the Golden Retriever? Feel free to share with us and for now, thank you and stay tuned for more news in the future!