Battle Royale genre is taking the world by storm, specifically PUBG and Fortnite. PUBG (or PlayersUnknown’s Battleground) came first on PC and it quickly became one of the most popular games on Twitch. And then came Fortnite Battle Royale and it has been a heavy contender with PUBG, which leads us to a question: Fortnite vs PUBG, which game we should jump right in? That will be the question we are going to answer today so come on in, grab some big guns, and see which world you want to destroy other players in!

Table of Content
1. What is PUBG?
2. What is Fortnite?
3. Difference between Fortnite vs PUBG 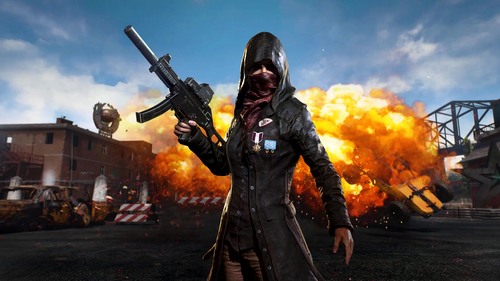 Are you ready for this one? (Source: Internet)

PlayersUnknown’s Battleground (or PUBG for short) is a multiplayer battle royale games developed and published by PUBG Corporation. The game was officially released on PC in December 20, 2017 and on Xbox in December 12, 2017. Prior to its official release, the game already got lots of positive reviews during the early access period.

Basically in this game, up to 100 players will be thrown into a closed map. Their goal is to kill all other players until only 1 player alive and that sole survived guy will be the winner of the match. The game features quite a huge map where players will have to search for weapons and other provisions inside buildings, and also look for vehicles to move faster. After a certain time, the map will be closed in further towards the center, forcing players to move quickly to the center of the map. As the results, the match will be much, much more intense especially around the end game.

Currently the game is still popular on Steam with over 1 million players online in average and about 2.5 million players at peak. It also gets certain bugs but it seems those are not bad enough to stop people from marching into the game. Of course new content is updated gradually with new maps, weapons, cosmetic items, and more… The game can be played on Steam, Xbox, iOS, and Android. The price on Steam and Xbox version is around $29.99.

Or this one? (Source: Internet)

Originally Fortnite is a survival co-op game developed and published by Epic Games which features a world scenario where Earth is filled with zombies and other undead creatures. 4 players will have to work with each other to survive, imagine it is Left 4 Dead. Then after the release of PUBG, they decided to create a standalone Fortnite Battle Royale game which launched its early access in September 26, 2017.

The core idea of Fortnite Battle Royale is similar to PUBG: Up to 100 players are thrown into a closed map and fight each other to the death until only one person survive. Despite sounding similar to PUBG, Fortnite Battle Royale has managed to create its own unique style. In fact, it has succeeded in attracting tons of new players into the game. At the start of February 2018, there were already 3.4 million concurrent players, which pretty much explain how “explosive” this game is.

Currently the game is available for PC, Xbox, PS4, iOS, and macOS. It is free to play and therefore we can just install and hop right in the battle. Free-to-play model also means there is a certain degree of microtransactions in form of cosmetic items only. That said, players can still enjoy the game as a whole without needing to pay any form of money to unlock any sort of gameplay element.

So as we have taken a brief look at both games, it is time to see the difference between them!

3. Difference between Fortnite vs PUBG 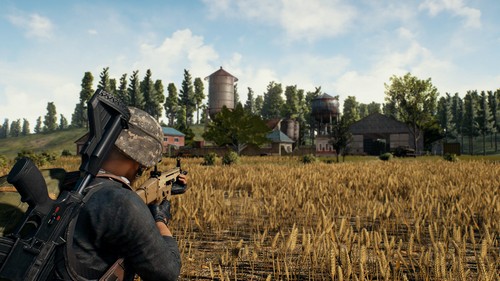 Right off the bat we have a huge different between PUBG and Fortnite: 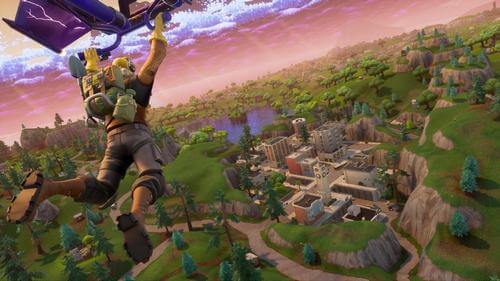 In terms of graphic, it is impossible to tell which one is 100% better since each game has its own unique visual style. It is up to each player to decide which one suits him/her best. That being said though, we still have a feeling that Fortnite looks more attractive than PUBG, specifically from young players’ perspective. 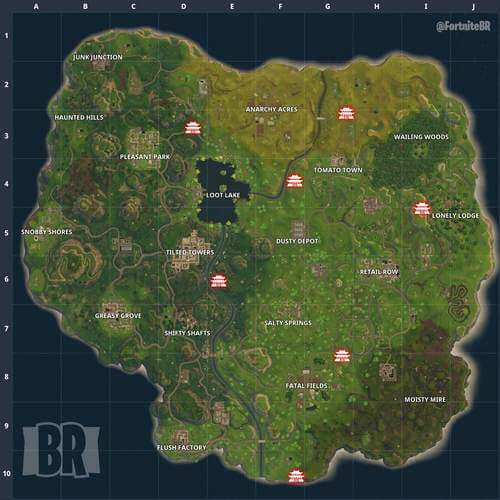 PUBG and Fortnite’ maps may not look that much different though but there is actually a huge difference especially in terms of scale.  PUBG’s map is much wider than Fortnite, while Fortnite’s map is more condensed. As the results, players in PUBG will have to look for vehicle to drive around. This is extremely important for PUBG players since the map will gradually close-in, forcing to players to move to the center. Wider map also means players may not see each other during the early game, causing some “weird” silent and somewhat intense moments. Due to the closing-in map mechanic, a PUBG match tends to get much more intense in the late game. Currently PUBG is featuring multiple maps, which is a big plus for a change. 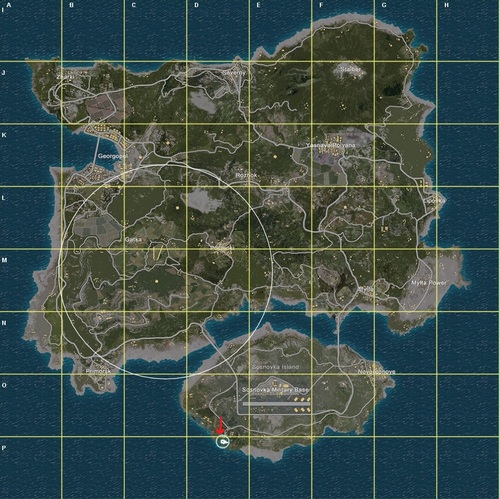 On the other hand, Fortnite still only has 1 map (although more new maps may arrive in the future), but the developer has put denser content throughout the map. Since the map is small, there is no vehicle and instead, there are tons of interesting buildings and areas for players to check out and probably pillage each other. In addition, as the map is small, encountering other players is somewhat more consistent than PUBG. Currently Epic Games are focusing on updating the current map rather than making some new ones. However, high chance that we will get to see new Fortnite maps in the future. 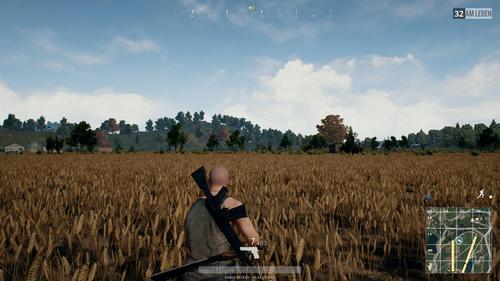 Wonder if there is anyone hiding in the bushes? (Source: Internet)

“The game is simple! Just grab some guns and blast the hell out of people!”… Well in short PUBG and Fortnite’s gameplay can be explained as simple as that. But actually there are more differences in details that what we may think. First, in terms of weapons and items:

So as we can see, guns in Fortnite are more accessible. For the majority of players, it is fun since they can easily log in the game and have fun with any gun they find rather quickly. But in PUBG, guns system is more complex, which does not necessarily mean good thing for certain players, especially those who only want to have a fun time without tiring their mind. 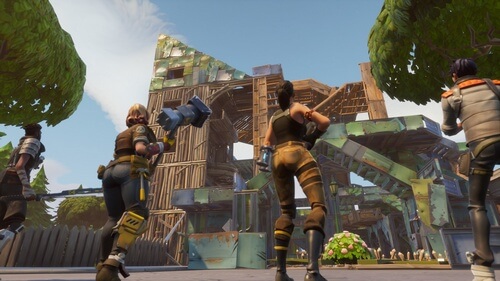 Building a barricate, why not? (Source: Internet)

So in short, it is safe to assume that Fortnite is more accessible, easy to hop in and have a fun time. Whereas PUBG is more complex and it feels more intense, suitable for those who enjoy the thrill of an unpredictable war.

And what about you? Which battle royale games do you prefer: Fortnite or PUBG? Feel free to share with us and for now, thank you and stay tune for more news in the future!

One thought on “Fortnite vs PUBG: A Battle Royale Games’s Battle!”