God of War 4 has finally commenced and it has been taking the entire gaming community by storm! Its story is compelling and nicely presented. The combat feels brutal and satisfying (even though it is unlike the original trilogy). The graphic looks stunning with every nook and cranny. Players will be easily overwhelmed with all good stuffs featured here. Therefore, it is time to prepare a bit for this whole new journey. So with no further ado, let’s check out some God of War 4 tips and tricks! 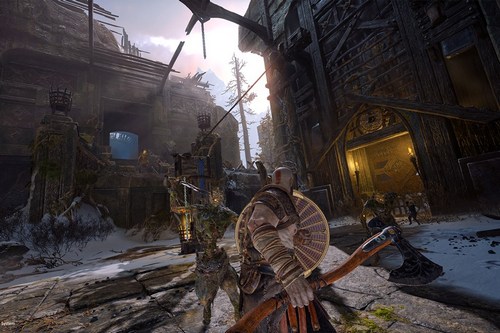 “Strategic Combat? Not so God of War at all!” (Source: Internet)

Unlike the aggressive, combo play-style back in the original trilogy, the new God of War 4 wants players to focus more on the strategic play-style. Monsters often appear in groups with various types of enemy. They can overwhelm the players rather easily if not playing carefully. Certain God of War fans may not like how Santa Monica changed the combat; however, we (including many other players) actually enjoy this new play-style. The way we see it: this combat really suits the overall theme of the game. Kratos is now much older than he was back in the original trilogy. He still has his godly strength and the infamous Spartan Rage, yet, he is now wiser, more considerate.

This reflects nicely within the combat system itself. Back in the old days, the first 3 games encouraged the aggressive, non-stop combo play-style. It let players feel the unstoppable rage and power within Kratos: killing, smashing, destroying everything standing in his way. On the other hand, this new Kratos has become more understanding. To him, rage is a valuable asset in battle, but only if the warrior learns to control it properly. In God of War 4, players can still sense in brutal, raging aspect in each hit. However, players would not want to rush in combat blindly. They need to aware of their surroundings, analyzing what should the best course of actions. 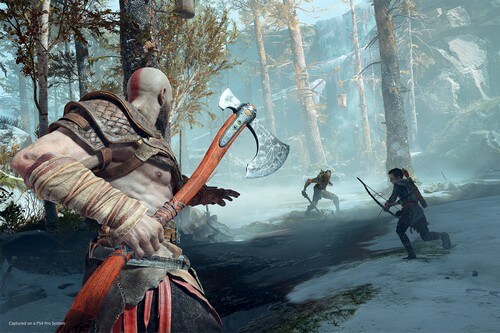 Make use of axe throwing, we can always call it back anyway. (Source: Internet)

For us God of War fans who are so used to the original games, this new change of pace can be overwhelming. And so, here are some of the tips to help us get familiar:

2. Atreus: “To be effective in combat, a warrior must not feel for his enemy.” 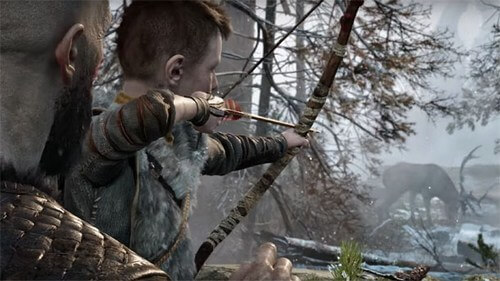 Don’t underestimate Atreus, he is a warrior too. (Source: Internet)

Our God of War once again has a new family, including his newest son Atreus. Because of this, some people were afraid that this game would be like “The Last of Us”. But in reality, it is not. For most of the time, Kratos does not need to pay attention to his son. Atreus can mostly manage on his own (except for few occasions when he is grabbed by enemy). He will automatically fire arrow at the enemies and lure some enemies away from Kratos. By pressing Square button, Atreus will shoot his arrow at the designated point or a particular target. In later game, he can even learn Magics, making him even more useful in combat.

In addition, Atreus’s gear and weapon (the Talon Bow) can also be upgraded. His armor does not provide any particular defense for himself, but, it provides him certain Perk like finding Healthstones when Kratos is in low health. With decent upgrades, Atreus can stun and even kill the enemies.

3. Gearing and Upgrade for Kratos 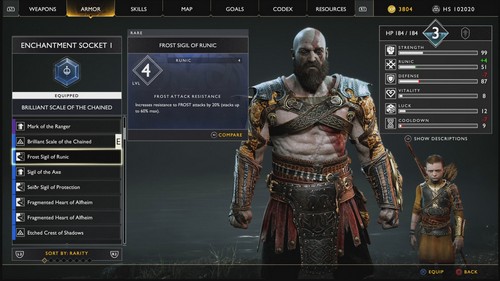 God of War 4 does include several RPG elements, typically Skill Trees, Armors, and Weapons Upgrade. There are several Stats we need to pay attention:

Throughout the game, Kratos and Atreus will meet 2 dwarven blacksmiths: Brokkr and Eitri (and they are also very funny). Kratos can use the in-game currency Hacksilver to purchase and upgrade Armors from them. 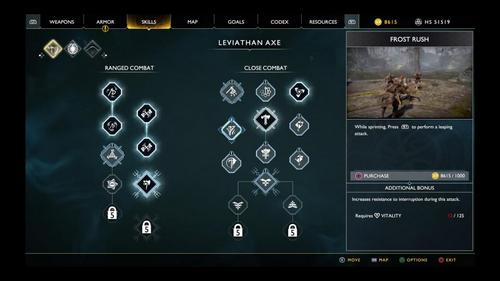 The Skills of God of War (Source: Internet)

Skill requires Experience Points to unlock. Kratos and Atreus can gain Exp by various activities like defeating the enemies or completing Skill tasks from the Labours menu. 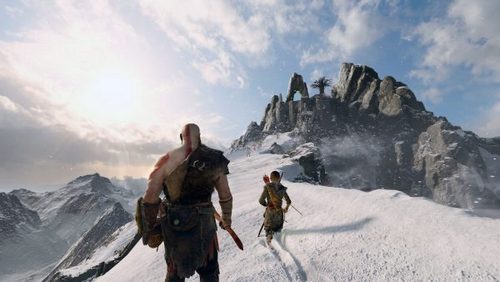 Don’t worry if you’re offtrack. It is a journey after all. (Source: Internet)

God of War 4 is a beautiful game with surprisingly huge world to explore. Therefore there is no need to rush the game. Besides the main storyline, players can also explore and discover optional areas. It is always fun and rewarding to do exploration since they always offer valuable stuffs like lores, Hacksilvers, Exp, and Artifacts. There are 2 particular Artifacts worth to look for: Idunn Apple which gives bonus Max Health for each three found apples. And Horn of Blood Mead which gives extra Rage Meter for each three found Horns.

While exploring the area, it will be a good idea to smash every destructible in the way. They often offer extra Hacksilvers or even Healthstones. At certain points you will also find certain locked areas which cannot be accessed yet. And don’t worry! We will always be able to return to those locations at one point or another. 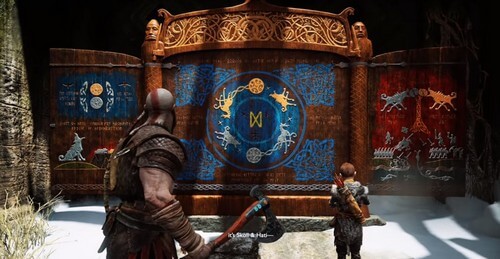 For some people, the lore can be trivial stuff since they focus more on the thrilling sensation in battle. But for many of us, finding lore bits throughout is pretty interesting. These stories tell many fascinating stuffs about Norse Mythology. Furthermore, they are recorded from the perspective of Atreus, not Kratos (since Kratos cannot read language from Norse Mythology). Certain parts of the lore can be written in quite… childish way but that’s why it feels compelling. After all, it is the story written from perspective of a curious child. 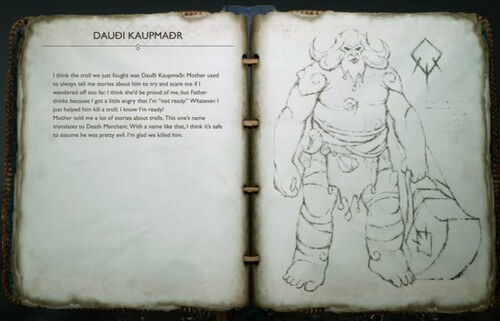 Another important reason why we should check Codex is because Atreus will usually write more and more about creatures and enemies throughout their journey. Each monster/creature’s information will be gradually updated inside the note like their background, strengths, and weaknesses. If at some point you forget how to deal with a particular enemy, nothing is better than popping up the Codex and having some good reading.

And that’s it for now folks! We will update this God of War 4 tips and tricks list in the future! And for now, thank you and have a fun journey with Kratos and Atreus in the new realm of Midgard! Enjoy!

2 thoughts on “Let The Norse Journey Begins! God of War 4 Tips and Tricks!”