The supercar/hypercar market is constantly changing, so too the car manufacturers. Every single company has been trying their best to bring out new innovations each year to compete with other heavy competitors. But for Automobili Lamborghini, “innovation” is their “magic word”. Or to be more precisely, it is Lamborghini’s mission to bring new revolution, to “create the dreams of the next generation.” Such mission has become the main drive to push Lamborghini forward and this time, they have introduced the next “revolution” with the “third millennia”: Lamborghini Terzo Millennio! How will this new Lamborghini destroy our wildest imaginations? Let’s find out! 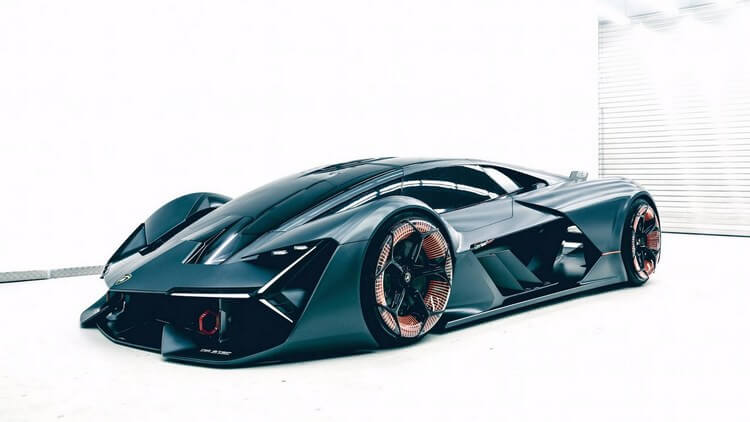 The future of Lamborghini is here! (Source: Internet)

If you have already looked at Lamborghini Terzo Millennio’s design in EmTech MIT Conference, you would already feel how outrageous this Lamborghini descendant is. The Terzo Millennio definitely has the look of a Lamborghini, but it is so… different, so unique which is unlike any Lamborghini design before. Everything feels so crazy, the car simply looks… crazy from every corner. It clearly has a futuristic look similar to an insane jet-spaceship, especially the front design with the incredible Y-formation headlights. The car also has slimmer body design which is similar to race car’s. The wheels also stick out which look like they are “apart” from the car. And the wheel, it looks fantastic with the glowing red/orange contrasts. Based on the concept video from Lamborghini, we can already imagine how awesome this Terzo Millennio will be at night.

None can escape the light of Terzo Millennio! (Source: Internet)

Also according to Lamborghini’s concept video, the aerodynamic will be a shining part alongside with its striking design. In this case, the air flow is expected to channel through the two sides, two shoulders, and beneath of the Terzo Millennio. The detail regarding this aspect is not thoroughly explained yet, but we can expect incredible thing about the car’s aerodynamic.

Unfortunately, we have only been able to see Terzo Millennio’s exterior so far. But judging by its outstanding exterior design, we can expect pretty much the same for its interior. 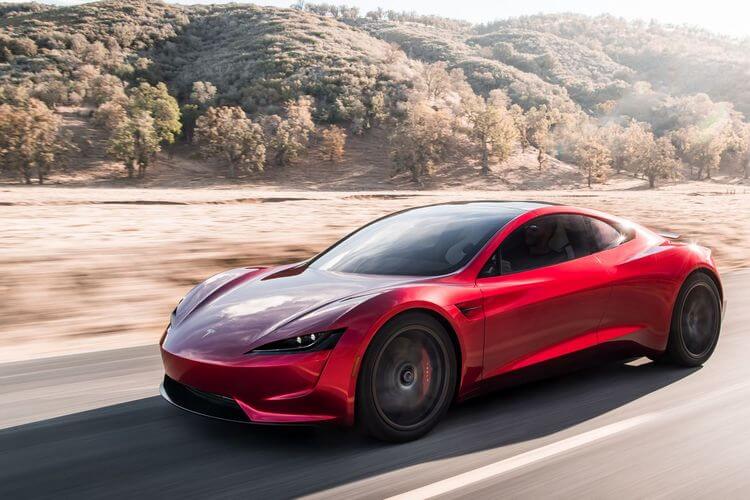 For this new “revolution”, Lamborghini decided to build Terzo Millenia’s energy based on electric, rather than traditional gasoline. Which means: Terzo Millenia will be an all-electric or semi-electric supercar/hypercar. In that case, we will probably be able to witness a fierce battle between this Lamborghini’s “third millennia” and Tesla’s “gasoline smacker” Tesla Roadster 2020. Will the Lamborghini Terzo Millennio surpass the insane 0-60 mph record of 1.9 sec by Tesla Roadster 2020? We can’t sure for now. But there are at least 2 more years until Terzo Millennio’s completion, and until that faithful day, we can hope for that battle.

That said; being an electric-fueled car is not simply what Terzo Millennio is about. Let’s be frank, a supercar running by electricity is not that impressive anymore. Lamborghini we know will not do just that, they aim higher, especially for this new creation. What special about Terzo Millennio is its attempt to utilize the power of supercapacitors with nanotechnology. At the moment, the supercapacitor is not that much useful technology for supercar/hypercar. Therefore, using such tech for the new Lamborghini is not an easy work indeed. For that reason, the development team of Lamborghini has invited a new “wild card” into play: professors and students from Massachusetts Institute of Technology (MIT). 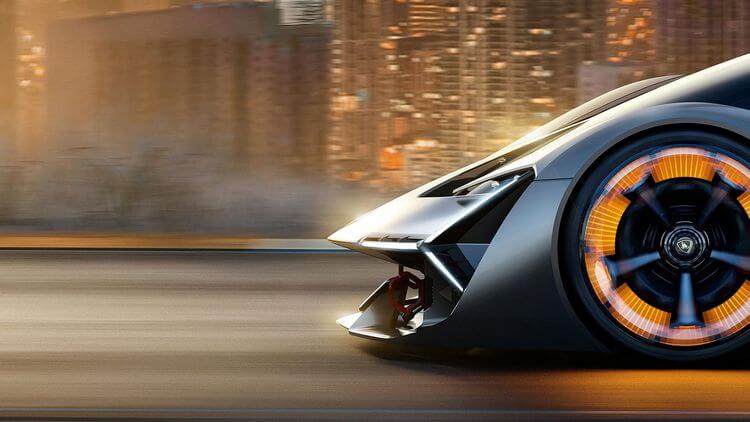 What will it be to have a charged body? (Source: Internet)

Lamborghini and MIT professors and students have already been working with each other to make this supercapacitors and nanotechnology becoming reality. The concept they are developing is that: Let’s imagine a supercar with “nano-channel” carbon-fiber body which can store electrical energy! How’s cool is that? It means that the entire car’s body is the battery for itself! While the idea may look crazy, Lamborghini and MIT team are working to bring this new carbon-fibre body technology to life. And by the sound of it, it seems the idea is not impossible after all. 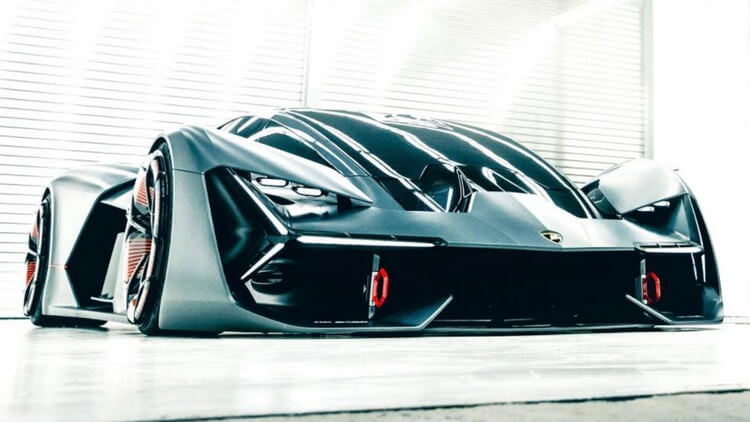 We all are probably familiar with Wolverine from X-Men. He has adamantium skeleton, he has a pair of destructive adamantium claws, and on top of that, he has the super healing factor. Although wounds on human’s body can heal by itself, it is a slow progress compared to Wolverine’s body. And also, a heavy wound on normal human’s body would prove to be fatal. On the other hand, it is not a problem for Wolverine.

So, again let’s imagine: What if a supercar/hypercar has the same healing factor like Wolverine? It is unimaginable in real-life right? But that’s what Lamborghini and MIT team is trying to achieve. The concept is that: Lamborghini Terzo Millennio’s body will utilize the nanotube technology which allows the car to heal itself. When there is a crack on the car, it will detect the crack by itself and immediately close the crack. And yes, it is practically a “Wolverine car”. 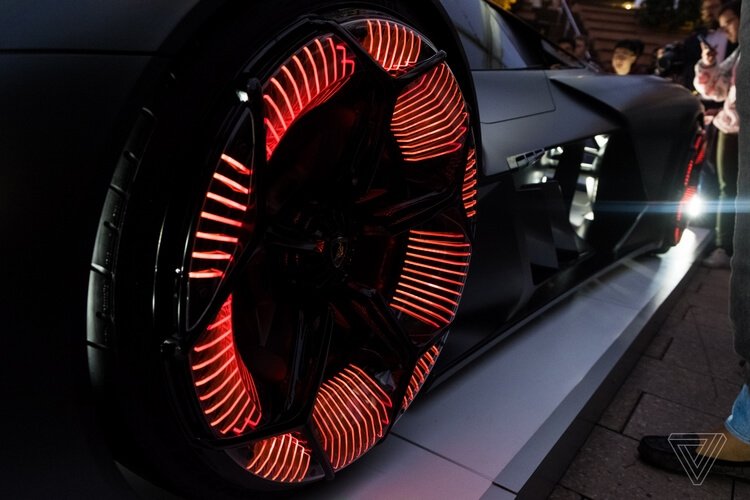 Powertrain and control are definitely important parts of the car which Lamborghini cannot be forgot.  First of all, the team of Lamborghini decided to install 4 electric motors on each wheel. How will this help? Well, the torque will generate to each wheel, and more importantly, it allows more creativity freedom for Lamborghini and MIT team to come up with even more insane design and aerodynamic efficiency. If this succeeds, we will have an incredible supercar with insane exterior design and aerodynamic, while still be able to gain excellent control over the car maneuver.

Sound and engine are also a big concern for Lamborghini. The team has two options: an all-electric supercar, or a hybrid one. And according to Maurizio Reggiani, Lamborghini Terzo Millennio is more likely to be a hybrid car with W or V engine. In that case, we can expect a hybrid Lamborghini including incredible naturally-aspirated engine’s sound. 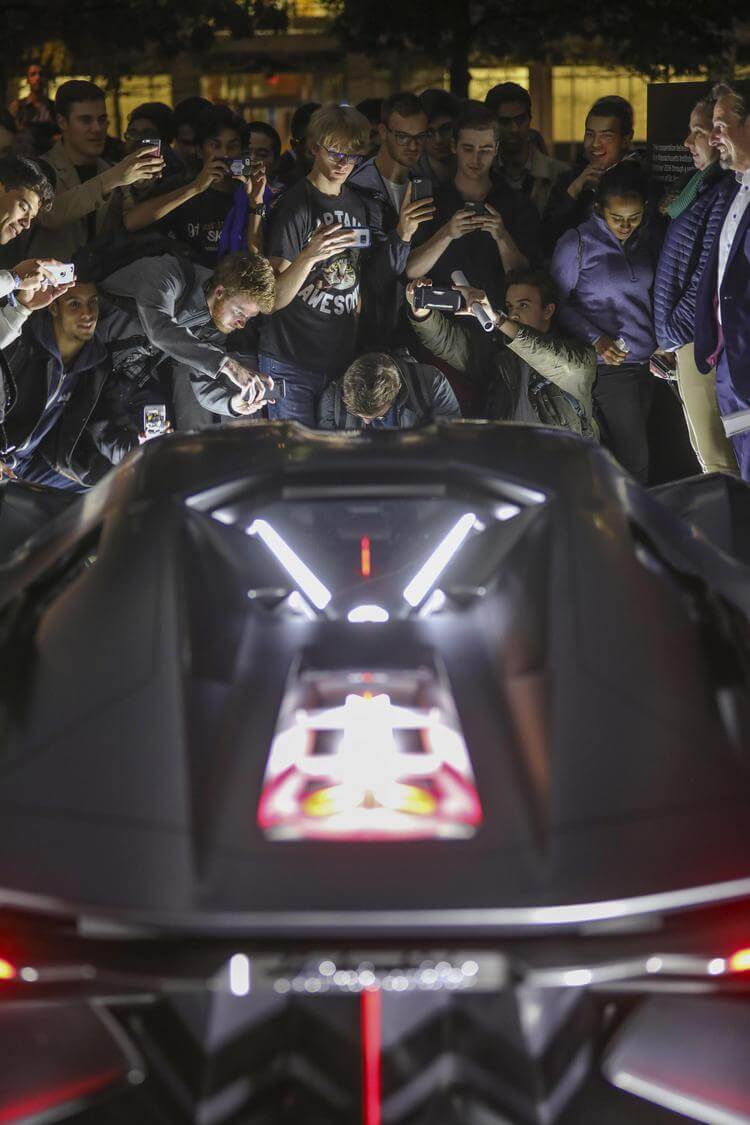 Who can resist the alluring Lamborghini? (Source: Internet)

Overall, we can expect an incredible Lamborghini super beast with outstanding driving experience. And in case you want to enjoy your time on Lamborghini Terzo Millennio without driving by yourself, the self-driving technology will supposedly offer you the best riding sensation. Is it possible? Yes! Since Elon Musk is also developing an all-electric and self-driving Tesla Roadster coming in 2020, it is definitely a potential future.

Want to see more of Lamborghini Terzo Millennio, check out Lamborghini‘s concept video down below:

And that’s it folk! What do you think about Lamborghini Terzo Millennio? Feel free to share with us and for now, thank you and stay tune for more news in the future!

One thought on “Warping To The Future – Lamborghini Terzo Millennio!”