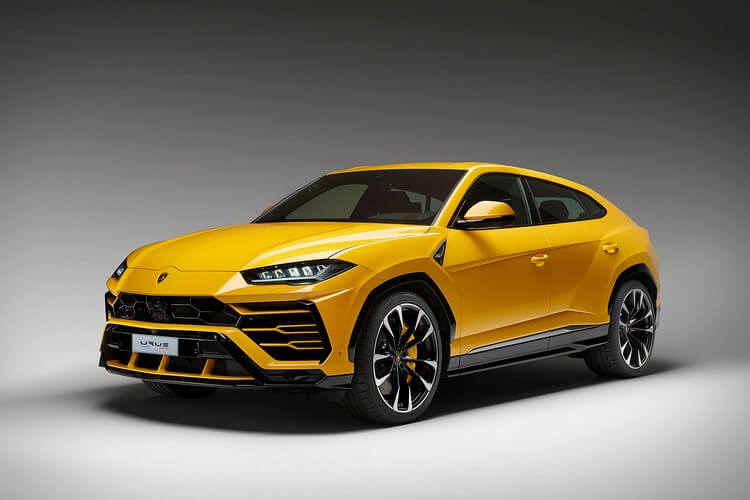 So before someone may criticize Automobili Lamborghini for straying from their “true path”, let’s remind us all that Lamborghini once started their journey by building tractors. Also, before the 2000s Lamborghini created their very first SUV model: Lamborghini LM002. In reality, Lamborghini Urus already has its first appearance as concept car in the 2012 Beijing Auto Show on 23 April 2012. Therefore, it is natural to see the Urus coming sooner or later. So why they decided to “revive” their SUV route? We do not know for sure. But one thing we can sure: Lamborghini Urus will set the new step for the future generations of Lamborghini.

The Lamborghini Urus was just revealed on 4 December 2017 and it is expected to be the most powerful SUV to date. It sets the new benchmark with the combination between “power, performance and driving dynamics” and “design, luxury and daily usability”. In other words, we can say the Urus is a SUV infused with the genes of a Lamborghini. Its name is taken from an ancient ancestor of domestic cattle which also known as Aurochs or Urus. So, can the Lamborghini Urus unleash the power of the ancient bull? Possibly! How powerful is it exactly? We can’t really say since it is subjected to change, but for now, it is incredible like a true Lamborghini! 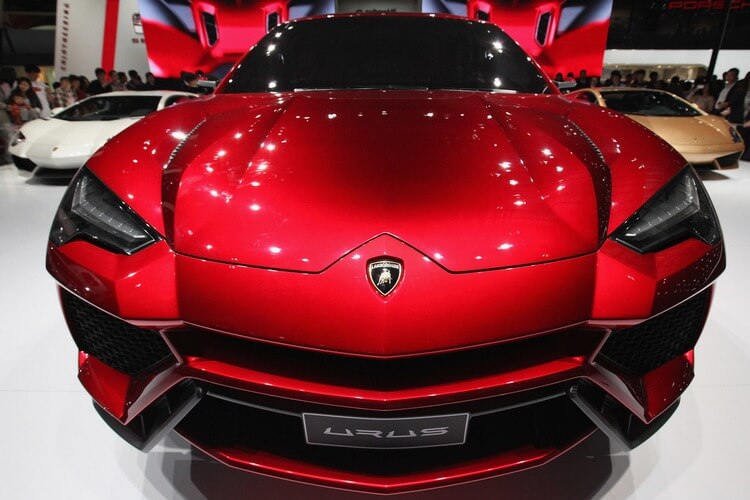 On the outside, the Urus possesses the typical design of SUV with Lamborghini characteristics. It is arguably the most aggressive looking SUV to date, with that sweet Lamborghini badge on the front. The Urus definitely looks unique and you can hardly mistake it when you see it rampaging on the road. Its exterior clearly shows the iconic Y-shape and hexagon design, especially the Y-shape headlights and also the rear lights. Although Lamborghini claimed that the Urus’s design took inspirations from the LM002, to be honest we only few similarities like the lights and the sharp lines. 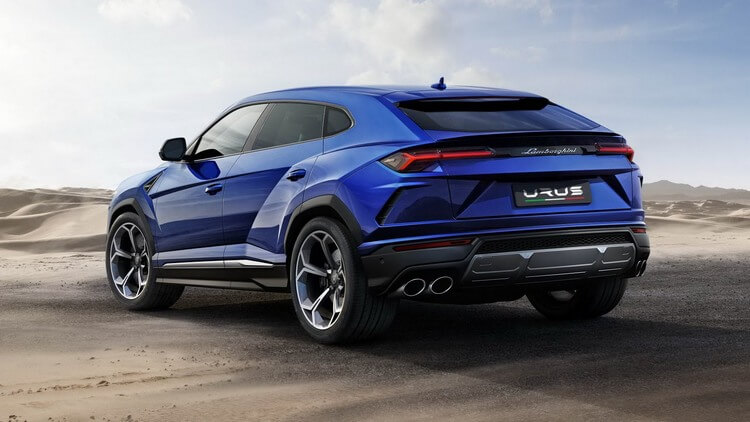 Such rear, much wow! (Source: Internet)

Another significant trait is the BMW X6-like roofline with downward slope which gives the rear wheel arch more muscular look. Combining with the interior space, the car actually provides much better interior rear space than we thought (which we will mention later). The Urus also provides us generous trunk which can contain an adult or a large dog. Talking about the rear, one thing Lamborghini really focuses on is the aerodynamic which expected to decrease drag coefficency, enhance engine efficiency and downforce. So far Lamborghini has not shared all the information about the Urus yet; still, we can spot several aerodynamic elements like the aero blades located on the rear window outside or the floating rear wing. Its wheels are also expected to include certain aerodynamic implementations. 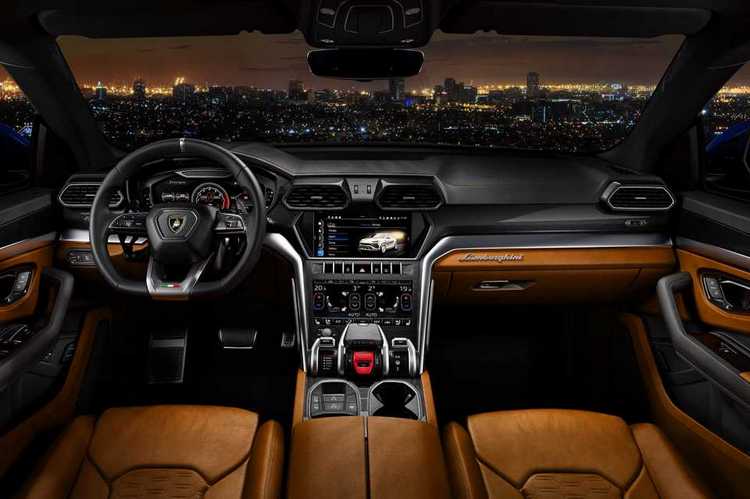 The cockpit of Urus (Source: Internet)

Inside Lamborghini Urus, we are greeted with the typical Lamborghini’s Alcantara and hexagon design like the door handles or the air vents. Like many other Lamborghini supercars, sitting on Urus’s driver seat feels like being inside a jet’s cockpit with all the modern design and technologies. Again, according to Lamborghini, they borrowed the inspirations from the original LM002 to create this new interior design for Urus. At first glance, the 2 cars’ interiors do not look resemble as much. However, we have to agree that there are certain cues which look similar to the LM002, yet with modern applications. 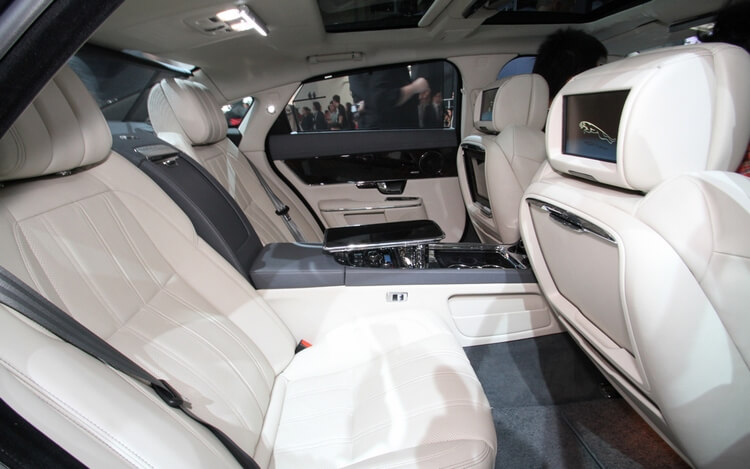 The back seats of Urus (Source: Internet)

As mentioned above, Lamborghini Urus actually has spacious rear seats, despite the down-slope roofline. The original model includes 3 back seats; however, customers can choose the exclusive two-seat options which reworked rear bench. Now back to the driver seat, we have the twin screens and the infotainment with Lamborghini Infotainment System III which provide us what we need to know. Of course, other quality-of-life installments like wireless charging, Bluetooth support, DVD player, TV tuner, HUD, Apple CarPlay and Android Auto support also included. Finally, to the left of the gear selector there is a lever named Tamburello (or tambourine in English) which allows driver to switch between driving modes. But we will come to that part in later section. 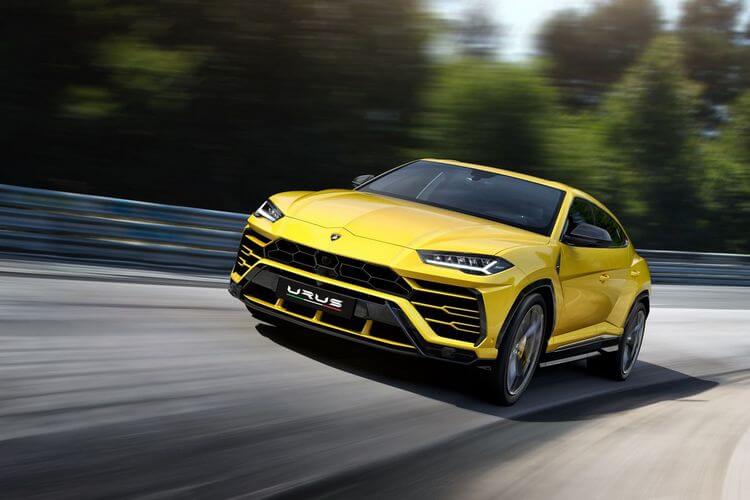 On the front, we have a 4.0-litre twin-turbo V8 engine which provides the powerful 641 horsepower and 627 lb-ft of torque. From 0 to 62 mph, it only takes Lamborghini Urus about 3.6 sec, 12.8 sec from 0 to 124 mph. Along with the top speed of 190 mph, the Urus is the fastest car among the SUVs to date. Comparing to the Bentley Bentayga, both Urus and Bentayga are equal in terms of acceleration from 0 to 60 mph with 3.6 sec. However, the Urus surpasses Bentayga with 190 mph top speed while Bentayga’s is 187 mph. 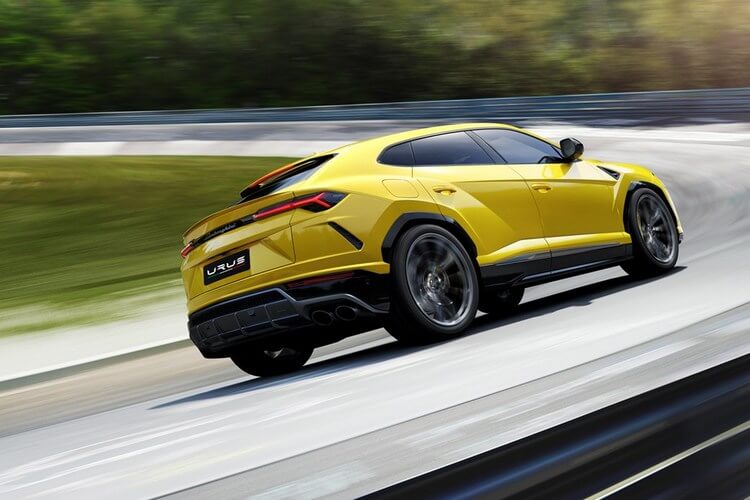 How it feels like to control a bull. (Source: Internet)

For the new Urus, Lamborghini implemented the 8-speed automatic gearbox, along with the 4-wheel-drive system. It also comes with a set of carbon ceramic brakes, active roll stabilization, and the adaptive air suspension. The special about this is that it includes active torque vectoring and 4-wheel steering, as the results, this 4-wheel-drive system can unleashes 60% of torque to the rear wheels. However, in certain situations, it can immediately generate 70% to the front wheels and 87% of torque to the rear.  So, what is the result out of all these installments? When testing on the track, the Lamborghini Urus’s performance is incredible, giving driver great control over its handling.

In addition to the set, Lamborghini Urus also comes with different modes, including the traditional Strada, Sport, Corsa mode and the new Sabbia (sand), Terra (dirt) and Neve mode (snow). In general, each mode modifies the settings for engine, steering, suspension, transmission, rear-wheel steering, and more… to suit different road conditions and your own needs. And as mentioned, all of these modes can be accessed via Tamburello level on the left side of the gear selector. In case the drivers want something more personal, there is an Ego mode which allows them to select different powertrain, suspension, and steering options to their likings. 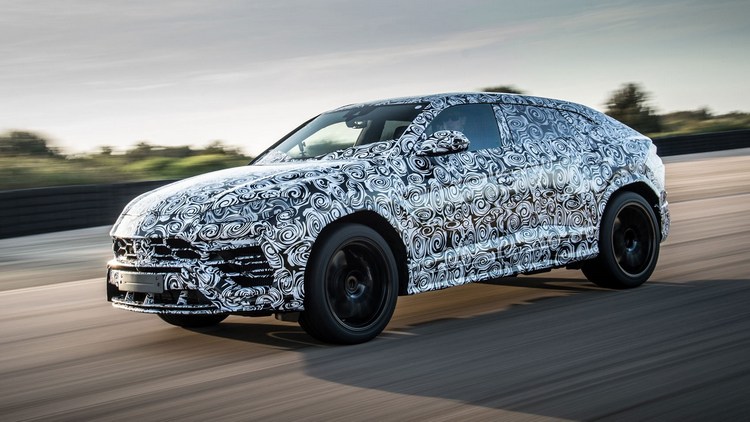 What do you think about the Urus? (Source: Internet)

In overall, for those who are worried about the Lamborghini Urus’s capability, it is definitely an incredible SUV (or SSUV according to Lamborghini). It has both the power, agility of a Lamborghini and the iconic luxury traits expected from a SUV. But despite all that, we still not really sure whether Urus will be the SUV of choice for those who solely focuses on practicality. The Urus’s price will start from $200.000 and therefore, it will face lots of competitors in terms of practicality alone. Still, the Urus only comes to production next year and there may be changes for the time being. Nonetheless, Lamborghini Urus is still an incredible ride for Lamborghini fans.

So what about those who definitely want to get Urus? When it comes to usage, we can sure that many drivers will want to try it off-road rather than “keeping it safe” on standard road. In fact, Lamborghini is already offering two body options: the regular version and the Dune version which features reworks for the front and the rear.

With all that said; what about you? Do you like the new Lamborghini Urus? Feel free to share with us and for now, thank you and stay tune for more news in the future!

One thought on “The “Revival” of An Ancient Bull: Lamborghini Urus!”