In the canine world, we have the Great Dane which is often referred as the “gentle giants”. And in the feline world, there is also a giant cat-type called as the Maine Coon. These cats are absurdly big in size (in cat’s standard of course), yet they are extremely loving and adorable. After all, the Maine Coon cats are among the most popular cat breeds in America. So with no further ado, let’s take a further look at these gentle giants of the feline world! 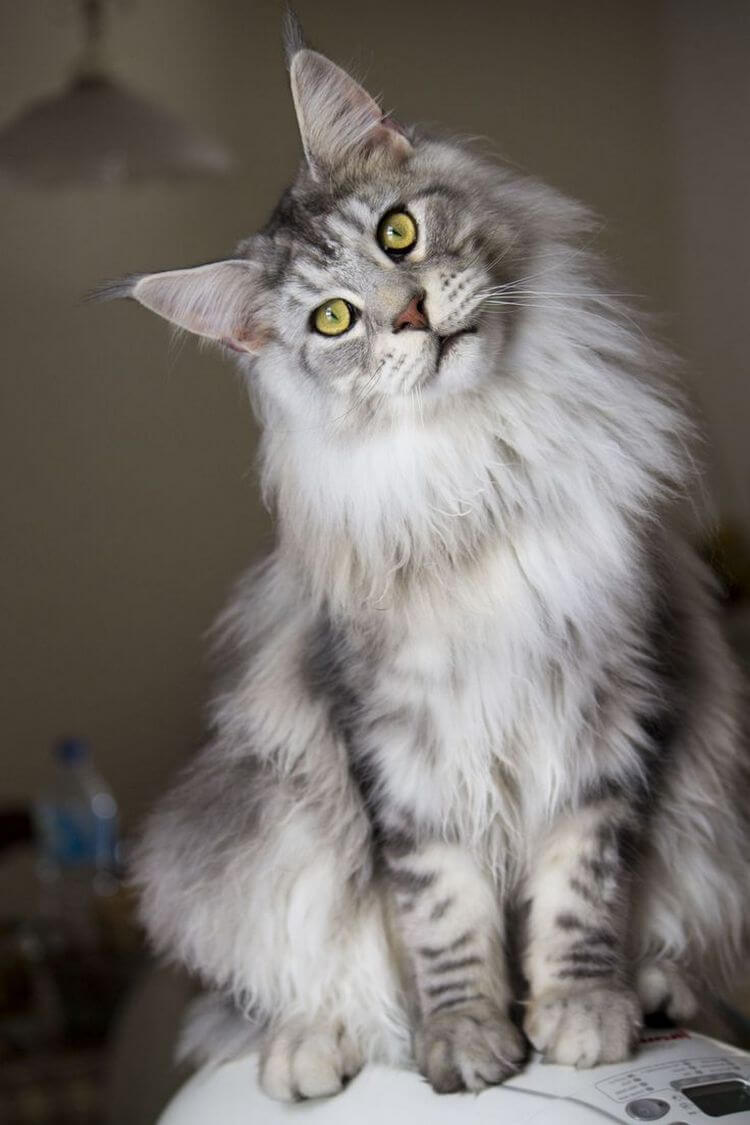 Maine Coon cat is among the top 10 most popular cat breeds in America for a reason. These “gentle giants” possess really huge size compared to common cat’s standard. They are muscular and have relatively big-boned body. If we put in weight, a Maine Coon can weigh about 9 – 18 pounds. Some can even weigh about 20 pounds or even 30 pounds (although that would be overweight).

The Maine Coons are famous for their gentle and loving nature. They love their family and they can get along with well with everyone including children and other pets. Interestingly enough, they do not require much attention, but they sure do like to hang around with human. Since they have typical cat’s curiosity, Maine Coon’s owners can usually see their feline companions following around and paying attention at everything they do. In addition to their adorable great size, they also have really cute voice. These big guys do not “talk” by meowing but rather, chirping. 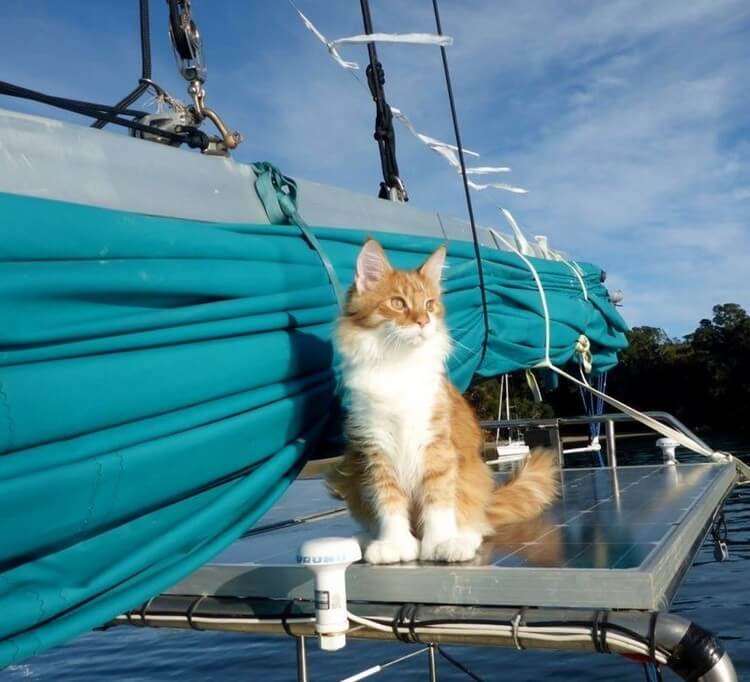 So basically these guys used to sailors. (Source: Internet)

Many people often think the Maine Coons to be Maine’s native cats. However, there are actually lots of stories about their origins. The most popular belief is probably that they are descendant of longhaired cats owned by Marie Antoinette. It was said that she attempted to escape to America with her cats via the sea route. But unfortunately, she could not get on the ship in time while her cats already occupied it. Those who know about France history probably have known about what happened to the ill-fated queen later on. That said; let’s get back to our cats. So when Marie Antoinette’s cats on board, the captains probably brought them on land and mated them with local cats. The results are the Maine Coons we often see nowadays.

No, they are not relatives of raccoons. (Source: Internet)

Another story about Maine Coon origin is that they originated from the longhaired cats brought by the Vikings when they ventured to America. In fact, this story may not entirely nonsense at all since there are certain similarities between today’s Maine Coon and the Norwegian Forest Cat. On the other hand, some people even say that the Maine Coon is the result of a mating between a cat and a raccoon. However, this is biologically impossible.

As mentioned, Maine Coons are often referred as “gentle giants” and naturally, they have great size. A Maine Coon normally weighs about 9 – 15 pounds; some even weigh about 20 or 30 pounds but those are overweight case. Their life span is around 9 -15 years old and they won’t reach their max size until 3 or 5 years of age. In terms of length, Maine Coon can probably be the “longest domestic cat breed in the world”. Currently the world’s longest domestic cat recognized by Guinness is Ludo the Maine Coon with 118.33 cm long from UK. However, recently there is a new contender for this title and it is Omar, another Maine Coon with 120 cm in length from Melbourne. 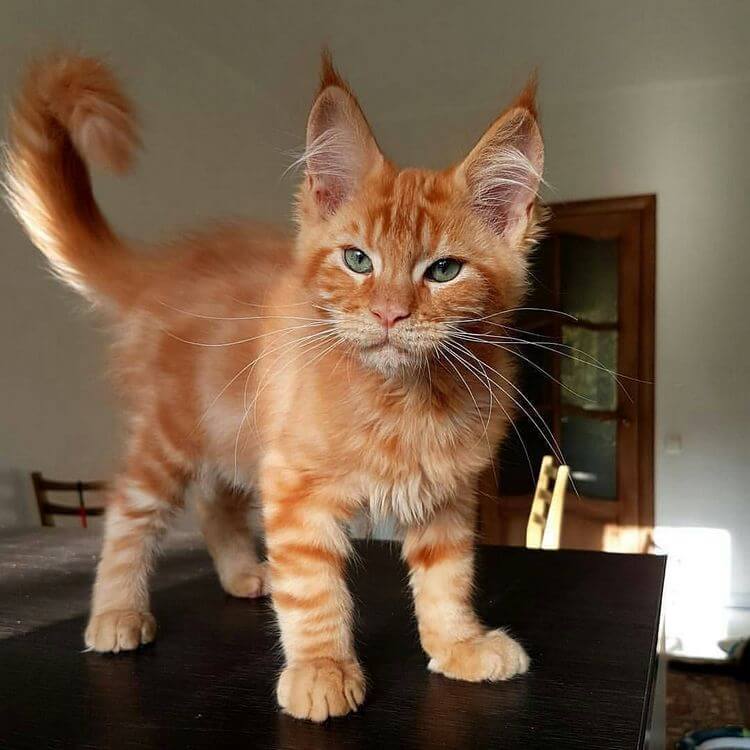 Due to their original place of birth, the Maine Coon has developed significantly to survive the harsh and cold weather of Maine. As the results, Maine Coon cats can possess from medium-size to large-size body with muscular and broad-chested build. And to adapt to the cold climate, their body covered with dense, water-repellant coat. In addition, they have fluffy tail which can keep their body warm when resting.  Besides their warm coat and fluffy tail, they also have fur-tufted, medium-length legs with large round paws which often referred as ”snowshoes”. 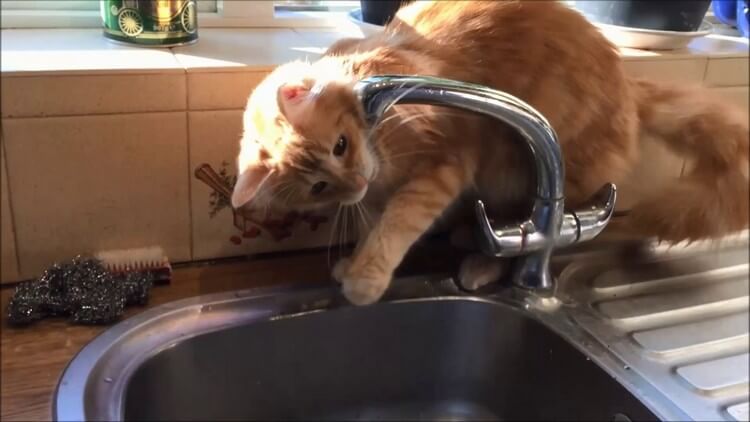 Hmm… cat breed which likes water. Who would have thunk? (Source: Internet)

The first thing we want to pay attention to our Maine Coon is her coat. Maine Coon’s coat is dense and long indeed; yet it is quite easy to give her nice grooming. Although the Maine Coon can do grooming work by herself, we can give her a hand by helping her groom about twice a week. If necessary, we cang give our Maine Coon a good bathing once every few weeks or months since unlike most other cat breeds, the Maine Coons actually like water. Besides grooming, there are some other things we have to take notice like cleaning their teeth or their litter box.

Another big health issue we need to pay attention when deciding to get a new Maine Coon kitten, especially from breeders is the potential genetic diseases. In case of Maine Coon, they include hip dysplasia, hypertrophic cardiomyopathy, and spinal muscular atrophy. For more information, you should consult responsible agencies.  One thing to note when you decide to get a new Maine Coon companion: If the breeder claims that the kitten is 100% healthy and have no health problem, it’s a suspicious sign and you should consider looking for another breeders. 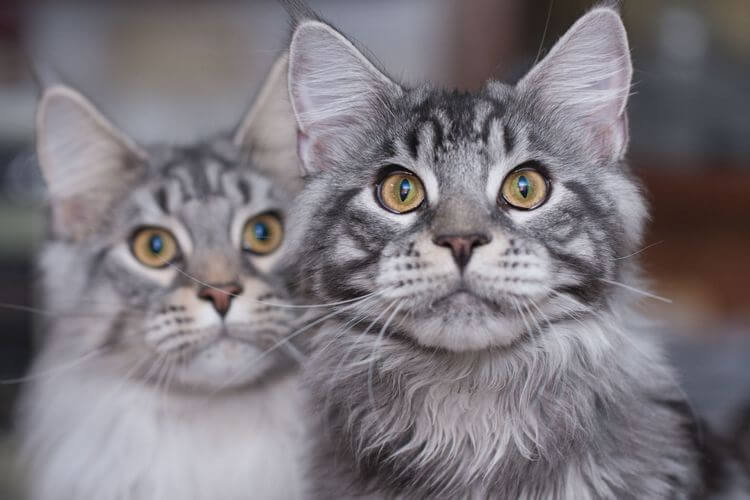 Sure they like to watch us cooking. (Source: Internet)

As the “gentle giant”, Maine Coons are good-natured and they can adapt well to almost all lifestyles and families. They like to be with us, yet they do not demand much attention. And as mentioned, they also have typical cat’s curiosity and they would like to join with everything we do (simply supervising us). The Maine Coons are not really lap cat but she is fine with resting or sleeping with us. 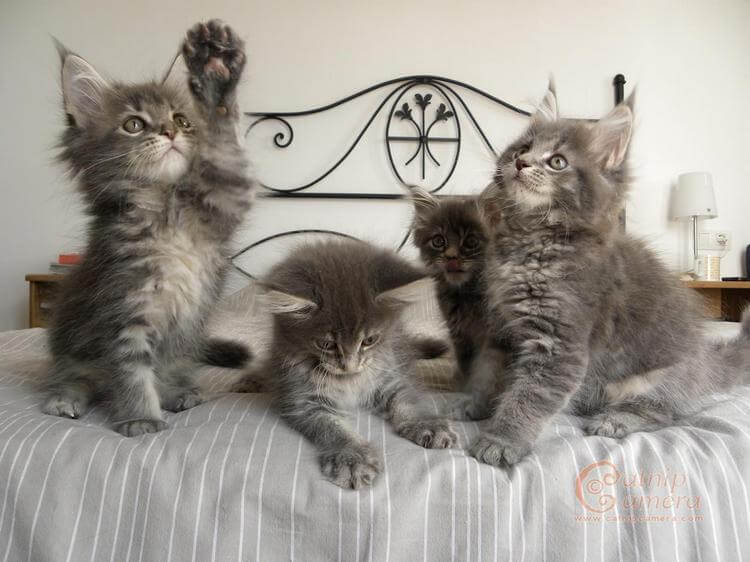 As a natural hunter, the Maine Coons can easily catch any sort of rodents inside our house. And if there is no rodent to hunt, they will consider toys as their preys and have fun times “hunting toys”. Despite being not being too energetic, Maine Coons can be pretty playful and they like to have fun with us, including dog’s favorite game: ball fetching. Besides playing, the Maine Coons are fine with walking outside on leash. And again as we mentioned, Maine Coons do like playing with water and that’s probably thanks to their dense, water-repellant coat.

If we are away from home, it is suggested to provide our Maine Coons puzzle toys, space for them to enjoy watching the world outside, and preferably a water bowl so that they can have fun with it. Ideally, it is a nice idea to have another cat pet to keep the Maine Coon accompanied. 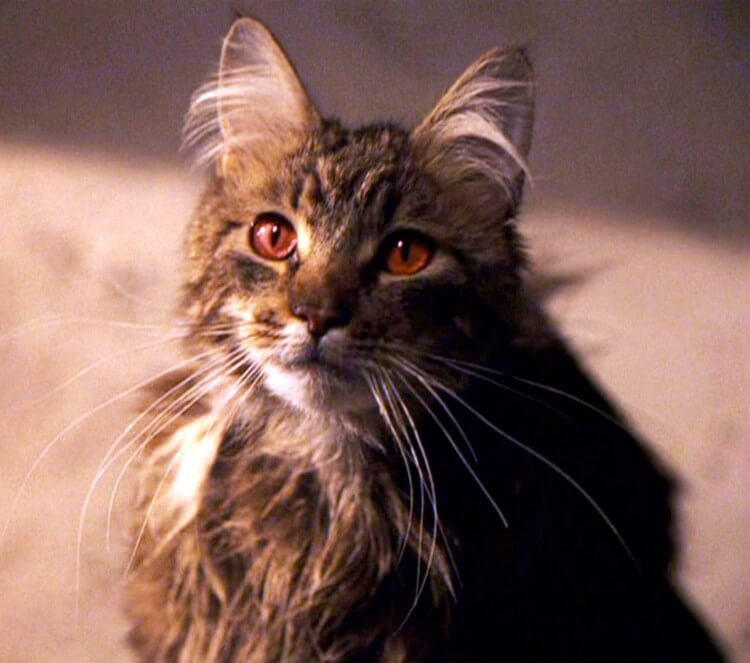 So now that we have taken a further look at these lovely big guys, let’s check out some fun facts about the Maine Coons:

And that’s it folks! What do you think about the Maine Coon? Feel free to share with us and for now, thank you and stay tune for more news in the future!