People who have raised both cats and dogs before may find this “belief”… dumb. But for many other people, there is a common stereotype that cats and dogs can hardly live together. They’re often afraid that dogs will definitely chase down cats like Tom and Jerry. However, this is not always the case. In fact, to answer the question “can cats and dogs live together?”, yes they can. Yet in order for that to happen, we will need to prepare. Here’s what we should know!

1. Can Cats and Dogs Live Together? 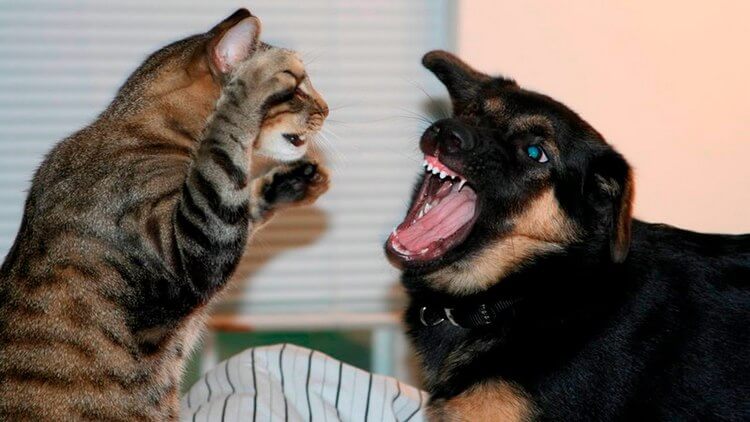 This is what people often think… (Source: Internet)

Again to answer this question, in short cats and dogs CAN live together. However, in order to for such wonderful scenario to happen, we will need certain understandings and preparations.

As we already know, cats and dogs may not get along with each other since due to the fundamental differences between the two pets. Dogs are inherently pack animals, therefore, they like to spend time with people and other doggo frens. And since dogs have been raised for very long time to work with human, they are generally energetic and active (and sometimes too active).

On the other hand, cats independent hunter in nature. They can live well on their own without needing to depend on the others (except when mating seasons). Even when they are adopted in hooman’s house, they are mainly raised to catch rodents. And so, it is natural for house cats to stay independent even to this day. 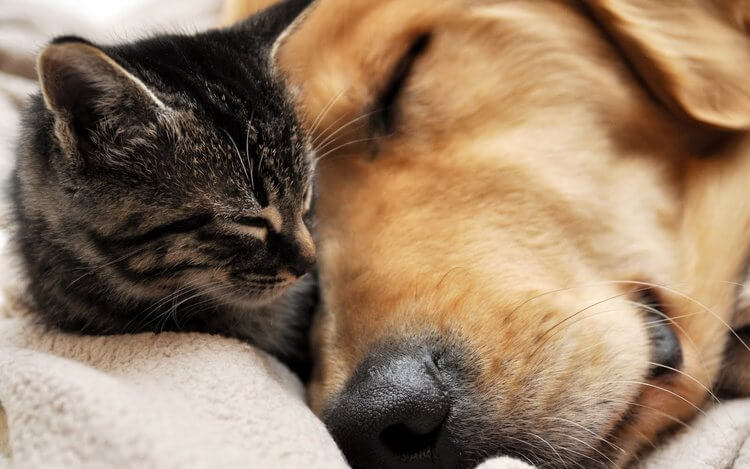 But can this come true? (Source: Internet)

So why this different in nature is a problem? The thing is: cats and dogs are unlike us hooman. We hooman can think, analyze, and adapt to different situations rather quickly thanks to our mind. However, cats and dogs act mainly according to their instincts. As the results, they can easily annoy each other due to the differences in lifestyle. Typically, cats may tend to run away from dogs, seeing the dogs’ enthusiasm as aggression. They will try to run away from the dogs, whereas the dogs do not understand their enthusiasm as aggression. They “think” that the cats are playing chasing games with them, thus chase the cats. The bigger the dogs, the more problematic it will become as the dogs may pose lethal harm to small cats, especially kittens.

Despite such differences, as we said there is way to help dogs and cats understand each other. They can be good frens as long as we know what needs to be done. 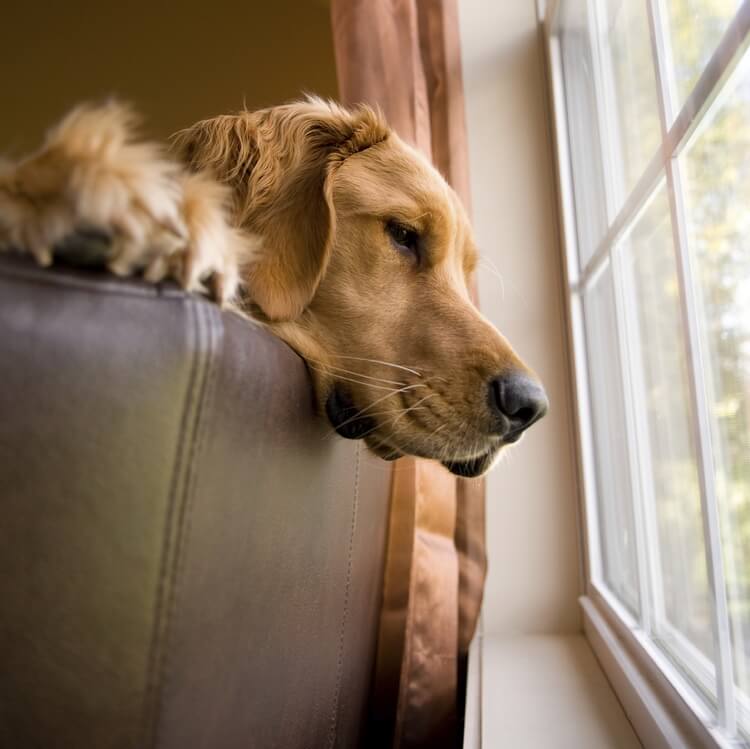 We probably don’t want to leave our dogs alone for a long time. (Source: Internet)

Now this is important. There are certain points we need to consider before finding the right cats and dogs:

First off, there is a question: Can we spend times with our pets? Some people may be too busy and they are often away from home. Unless they have somebody (like family) at home, raising a dog can be extremely difficult since dogs tend to seek company. On the contrary, some other people may spend lots of time at home and therefore, it should not be difficult for them to take care of their doggos. In addition, in case we already have a dog or a cat at home, we will also need to consider whether he/she can get along well with a new pet companion or not. This is especially important when we have 2 dogs or 2 cats or more at home.

Next we may want to consider our personal preferences. Certain people prefer not to be bothered all the time at home. In that case, a cat may be a better choice since cats are more independent. It can also be important to check whether we are a cat person or a dog person. Such element will also tell us whether we should have both cats and dogs or not.

For more information, we suggest: Dogs vs Cats: Which One Makes a Better Pet in Our Home? 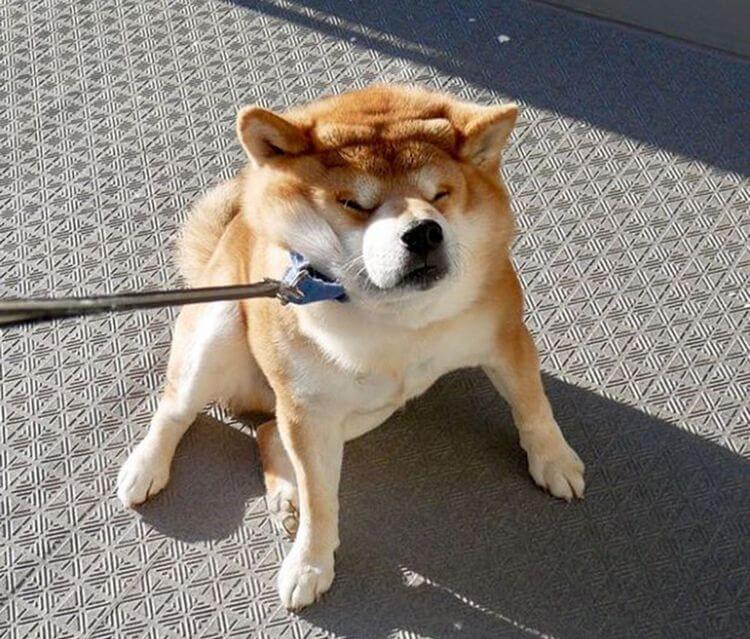 Can you handle a doge? (Source: Internet)

The prime time of dog socialization is from two to nine weeks of age. This is the best time for puppies to adapt and learn new ways; including socializing with other cats (It also applies to human socialization). Puppers which live with cats or kittens early are more likely to live peacefully with them in their adulthood.

Other element which worth to consider is the dog breed. Typically, herding dogs tend to have higher tendency of predatory behaviors. They may chase down the cats if not taught properly when they were puppies. Such predatory behaviors will cause the cats to be scared. Furthermore, dogs can deal physical harm to the cats while chasing them, and death in worst-case scenario. If you already have a doggo which has predatory tendency, having a cat at home may not be a good choice. Vice-versa, cats can also deal certain harm to dogs like eye injuries. 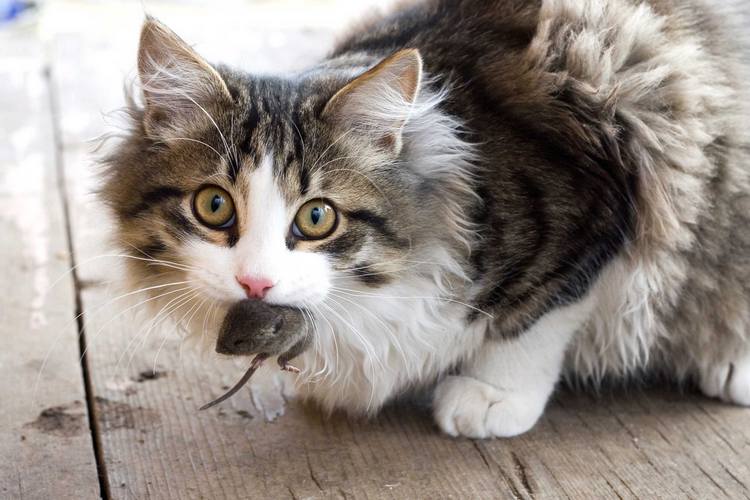 Cute… but not easy to train. (Source: Internet)

Similar to dogs, two-to-nine weeks of age is the best for cats to learn socializing. That also means kittens which live with dogs and puppies early are more likely to have good time with dogs in their adulthood. So ideally, the best case scenario is raising both puppy and kitten at the same time. It will be easier for them to get used to each other in their older ages and possibly getting used to other cats and dogs. In case we are not sure about the cat’s history, it would be nice to choose a cat with calm and confident personality. Calm and confident cats are less likely to run away. And as we mentioned above, dogs may see cats’ running behavior as a game and they will chase down the cat. The more fearful the cat is, the more serious it may become.

If we already have our choice, it is time to let our cat and dog meet each other, in safety.

3. How to Help Cats and Dogs Live Together? 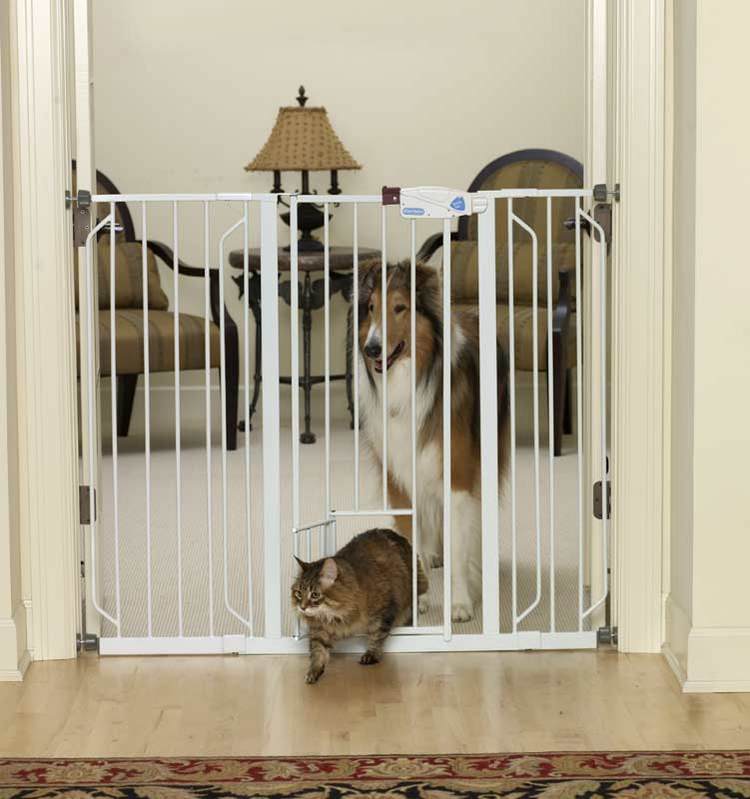 In most cases, dogs will be the one which cause harm to the cats. Therefore, one important step before bringing a new cat (or a new dog) to our home is preparing “safe zones”. Cat and dog should be separated in different room. And also, stair gates and baby gates are necessary to provide “escape route” for the cat. These are extremely important because it will provide safe areas between both cat and dog. It allows them to see and know each other without risking harmful behaviors. In addition, according to BlueCross we can also try swapping their beds for a few days even before they officially meet each other. This will help them pick up each other’s sense so that they will get used to each other quicker.

In case of having new kitten, stair gates and baby gates may not be enough to protect kittens since they are more likely to inciting the dog. Therefore, an alternative option is to put the kitten in a dog crate. The crate should be big enough to have a litter tray, bed and places to hide, and scratching post. To make the kitten feels safer; we can cover the crate with blanket. 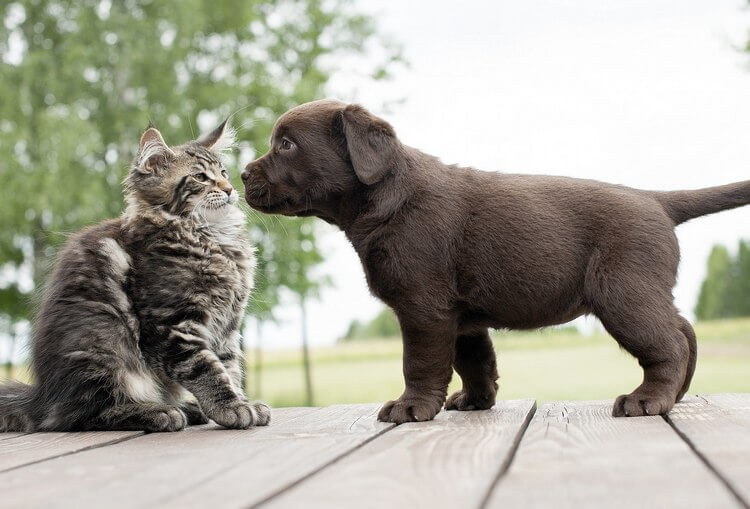 One important thing when bringing a new cat or dog to home is to let them get accustomed to the new environment. In case of new cat, it is suggested to let it explore the house, while walking the dog somewhere else.

In the first few days, the dog must be kept in a distance from the cat. This creates a space for cat to feel safe and watch the dog. The cat will approach the dog if it feels safe. However, it is best not to bring the cat closer by ourselves to avoid biting or scratching due to the cat’s fear. To make it safer, the dog should be put on leash. Also, it will be much better if the dog already learns obedience and few basic commands like sit. If the dog follows the order, reinforce this peaceful behavior by giving it treat. And if the dog shows even a slight aggression, stop it by giving command like “Leave it” to stop the behavior right off the bat.

If this does not work after few days, keep them far away again and keep swapping their beds for the next few days. Eventually, the dog will learn that the cat is not an object to be chased and they will get familiar with each other. In case you still cannot make them be friends, it is time to seek professionals for help. 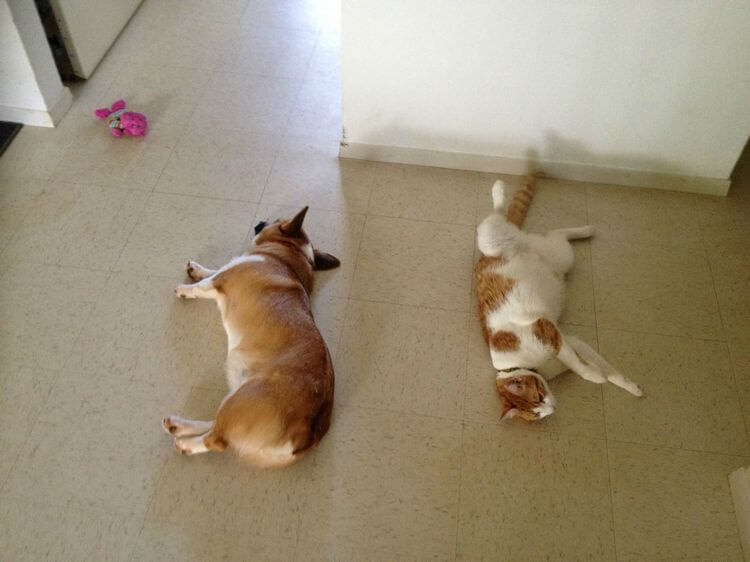 Leave them together only if we can ensure its safe. (Source: Internet)

Even after a few days, a careful approach is still necessary to prevent potential chasing and aggression from the dog. Gradually we can allow the cat and dog meet each other more freely. At certain points we can put away the stair gates and baby gates; however, we still need to supervise them until we can 100% ensure that they are safe together.

For better result, there are several notes we should pay attention:

And that’s it folks! Are you planning to have both cats and dogs? How did you train them? Feel free to share with us and for now, thank you and stay tune for more news in the future!

One thought on “Can Cats And Dogs Live Together?”