Table of Content:
1. The Beginning of Alicization Arc
2. What is the Underworld?
Main Characters
Underworld’s Mechanics
3. Final Thought

1. The Beginning of Alicization Arc

*Note: In this section, we won’t cover the whole story of Alicization in the Light Novel. Instead, we will only recap what happened in the first few manga chapters released not long ago. 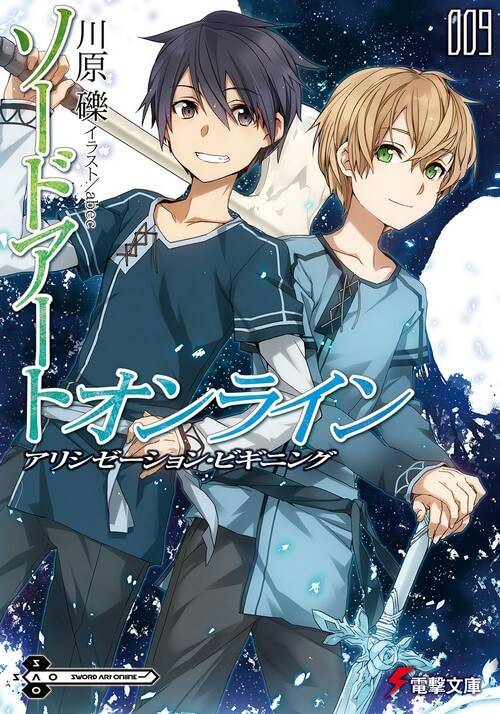 According to the manga, Sword Art Online Alicization Arc (or Sword Art Online Season 3) will take place after the events of Gun Gale Online (GGO). This time, Kirigaya Kazuto, or Kirito, accepts another job from Kikuoka Seijirou, a member of VR crimes division. Kirito’s work is quite simple: testing the latest FullDive invention named Soul Translator (STL) at Rath, a private company behind it. In this testing, Kirito experiences a new world named Underworld and as Kirito described, this world is unlike any other VRMMORPG games he have played so far. The world felt so real and vivid; however, he is unable to recall any memory related to Underworld due to the work contract.

One day in real life, when Kirito and Yuuki Asuna are walking home, the former member of notorious Death Gun (from GGO) attacked Kirito and injected succinylcholine into his body. Afterwards, Kirito is sent to the hospital for treatment. It is unknown about his real-life body condition, yet, somehow Kirito “wakes up” in the Underworld. Kirito still has full consciousness of his real-life self, thus his new journey begins to explore this “newfound” land and discover the truth.

2. What is the Underworld?

Underworld is the name of a new virtual world used for Soul Translator testing. As mentioned, Kirito used to describe it as an unique world unlike any other VRMMORPG games. When Kirito logs in to this world, his real-life memory is sealed and instead, he gains a new “life” in this virtual world as he started as a child. In this game, he still maintains his name “Kirito” and he is a child born in Rulid Village. He has 2 childhood friends: Eugeo and Alice and all 3 are always curious of the world surround them (mostly due to Kirito’s influence).

So far, we know that there are 2 parts of Underworld: the land where human inhabits, and the Dark Territory which is forbidden to trespass according to the Taboo Index. Those who violate this taboo will be punished by the Axiom Church – the greatest authority of Underworld.

The Battle between White and Black Knight in the Dark Territory (Source: Internet)

Unfortunately, at a particular occasion, Kirito, Eugeo, and Alice got lost while discovering the cave of the White Dragon. They accidently found a way to the Dark Territory and Alice was condemned to violate the Taboo Index. She was arrested by a White Knight, while Kirito and Eugen were unable to stop him.

That is the story in the Underworld so far and we still haven’t known what is happening when full-conscious Kirito woke up in this world. 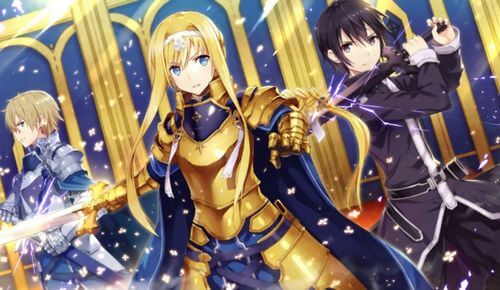 So far, we can confirm that there are 3 main characters in Sword Art Online Alicization Arc:

Unfortunately for old-characters fans, it seems our long-time characters like Asuna, Sinon, Agil, Silica, Klein, and Suguha won’t play major roles in this season, although they still make appearance.

So far, the game system in Underworld is still a mystery for most of us, except for those who have read Light Novel. Similar to Aincrad and ALfheim Online, the Underworld follows medieval settings with typical features like castles, old towns and villages, swords, magic, knights, dragons, and such.

We still don’t know how combat works in this game. Yet, based on what we can see from the manga, combat in Underworld seems to be pretty realistic. For example, when Kirito and Eugeo were chopping a giant tree, their movements are similar to that of real life and there is no sign of virtual sign or indicator like other VRMMORPG games. Also, when Kirito, Eugeo, and Alice reached the Dark Territory, they saw a battle between a White Knight and a Black Knight, which looks pretty real and natural. 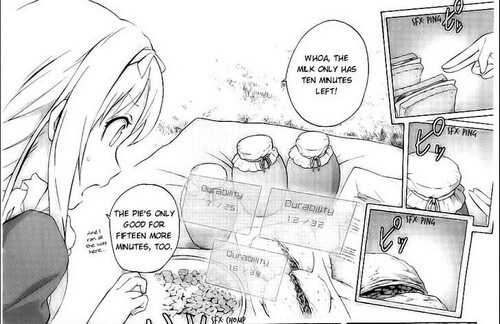 The only indicator we see is the durability panel which only appears when characters move their finger to form a SC sign. This durability tells how durable an item is and how long the item can endure (like in case of food).

Another interesting part is that the game seems not to have any sort of game menu. This was shown in chapter 6 of Sword Art Online Alicization manga when Kirito found himself in a virtual world (he haven’t realized this is Underworld). He tried to open a game menu yet nothing happened. 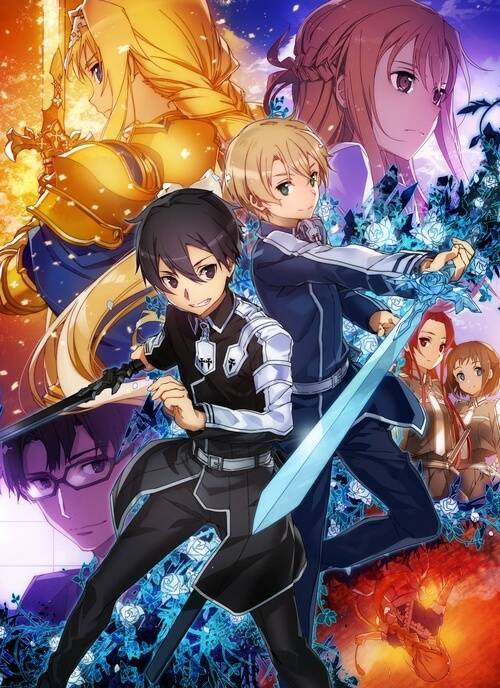 Until now, not much we have known about the Sword Art Online Season 3 release date. All we have for now is the recent teaser, yet the precise date is unknown. Luckily, we can temporary follow Sword Art Online Alicization manga to have a general idea of this next season.

Though the manga have only covered the beginning of Alicization Arc, the start is definitely interesting and we can expect lots of good things coming in SAO Season 3 – Sword Art Online Alicization Arc.

And that’s it folk! What do you think about Sword Art Online Alicization Arc? What do you expect from this next season? Feel free to share with us and for now, thank you and stay tune for more news in the future!