2017 is arguably an incredible year for automotive industry. We have tons of inspiring sports cars this year like the Bugatti Chiron, McLaren 720S, or the Lamborghini Huracan Performante. And of course as 2017 already closed, it is a good time to take a look back and check out all these outstanding sports cars of 2017-2018. So with no further ado, here are the top 10 sports cars 2017-2018!

*Note: The list is mostly subjective and all the supercars shown here are randomly put. 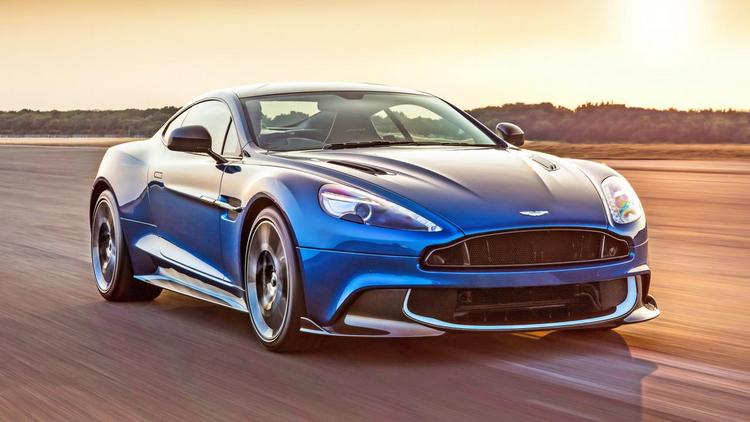 How does it feel to be like Bonds? (Source: Internet)

Aston Martin has been 007 James Bond’s ride of choice, especially with his latest Aston Martin DB10 from the movie Spectre 2015. No doubt many fans, including us, would love to experience this beautiful DB10 if we were able to. Luckily, we can still “feel” like Bond with 2018 Aston Martin Vanquish S. The Vanquish S initially announced in 2016 and as CEO of Aston Martin – Andy Palmer stated: it “takes things a step further, confidently asserting itself within the Aston Martin range and distinguishing itself from the new DB11.” Aston Martin Vanquish S is the final model of its line to use the “traditional” 6.0-litre V-12 with 580 horsepower. It has the top speed of 200 mph and takes about 3.5-3.7 sec to accelerate from 0 to 60 mph. Now, driving Aston Martin Vanquish S may feel a bit underwhelming. However, its shining point is not about the speed and instead, the driving sensation. It was not designed with track purpose in mind; its main focus was to make the driving experience as possible. Again, driving the Vanquish S may not feel that fast. But its exotic exterior design and especially its driving experience and usability definitely comes out on top. 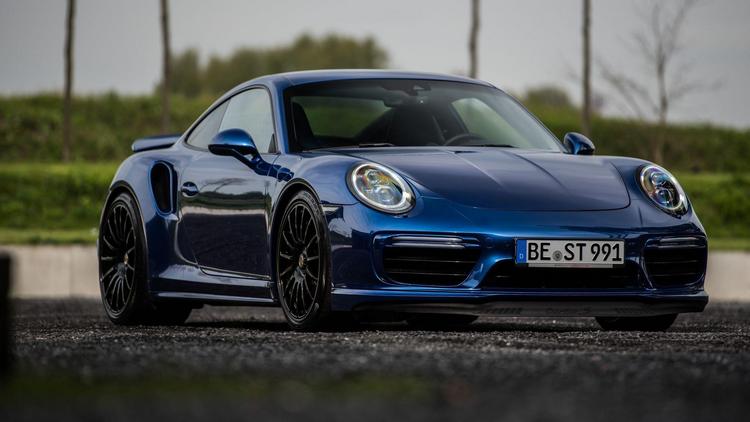 There are only 500 Porsche 911 Turbo S Exclusive and Porsche has pushed quite a boundary with this one. It still uses the twin-turbocharged 3.8-litre engine with 607 horsepower. The 911 Turbo S can exceed the top speed of 205 mph and it can accelerate from 0 to 60 mph within 2.6 sec. Despite being a wild speedster, the beauty of Porsche 911 Turbo S lies within its control and usability. Thanks to the enhanced four-wheel drive system and PDK gearbox, driving the 911 Turbo S always feels at ease. And even if driving in different weather conditions, it still gives a smooth and precise control, which is quite surprising for a 200-mph-top-speed supercar like the 911 Turbo S. If you are looking for a supercar with high usability, Porsche 911 Turbo S should come in mind (if it is available). 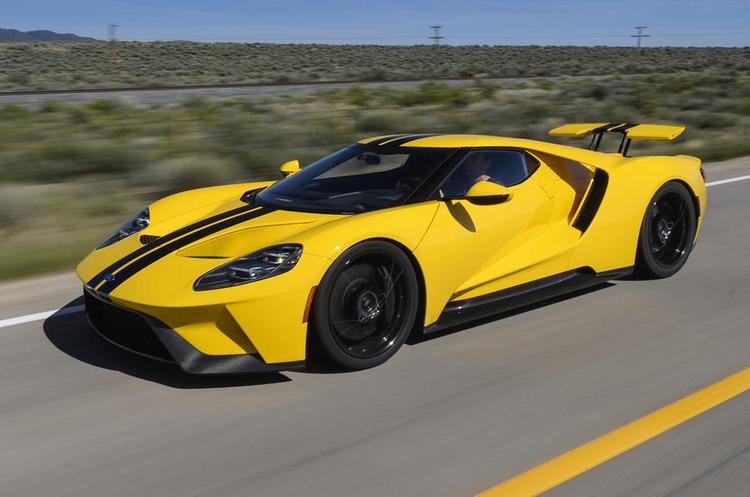 When we talk about Ford GT, we want to talk about its outstanding focus on the aerodynamics. And with the latest 2017 Ford GT, the aerodynamics even gets better just as Ford Performance’s chief engineer shared: “We wanted downforce, but it had to be efficient downforce – we didn’t want to pay high drag penalties. And that’s why we migrated to a fixed seating position, because that really allowed us to shrink the greenhouse and lower the frontal area.” As the result, Ford GT is an aero-masterpiece with exceptional handling and aerodynamics. Its power is no joke either with the 3.5-litre twin-turbocharged V-6 engine. The car is a 647-horsepower speedster with 216 mph of top speed and 2.9 sec acceleration from 0 to 60 mph. On the other hand, Ford GT is undoubtedly loud, or perhaps too loud both on track and road. But of course, such loud noise does not stop tons of people from being attracted to it. 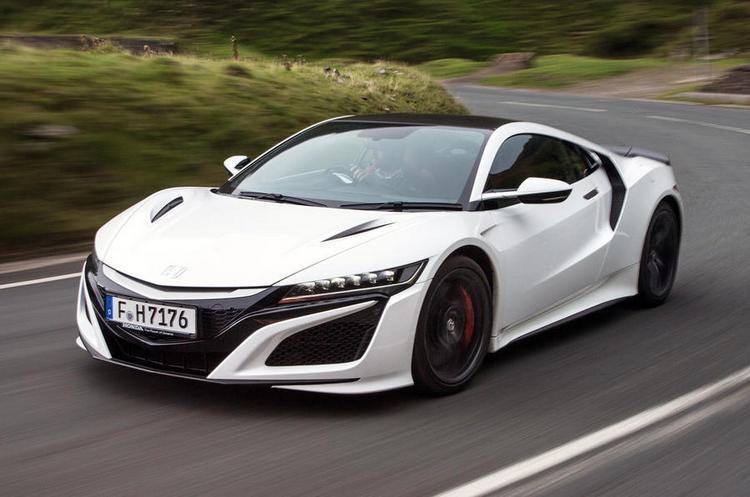 Aggressive, gentle, that is what Honda NSX aim for. (Source: Internet)

Talking about sports cars with high usability, Honda NSX may come in mind in that regard. Right off the bat, Honda NSX definitely looks stunning especially with its aggressive front hood. It was designed as a hybrid sports car with enhanced hybrid technology. The 2018 NSX uses combination of twin-turbo 3.5-litre V-6 engine and electric motors. As the result, we have an inspiring sports car with 500 horsepower. It can get to the top speed of 191 mph and accelerate from 0 to 60 mph within 3.1 sec. The interesting thing about Honda NSX is that it has incredible drive despite its relatively high weight. The car feels much lighter than its actual weigh of 1725kg (or 3868 pounds) thanks to the all-wheel-drive system and the rear axle with limited slip difference. Of course, there are more to the NSX but the fact that it has won numerous awards like 2017 Performance Car of the Year by Road & Track, 2016 Car of the Year by Business Insider, and Reader’s Choice Car of the Year Award by AutoGuide.com should pretty much tell us how fascinating this ride is. 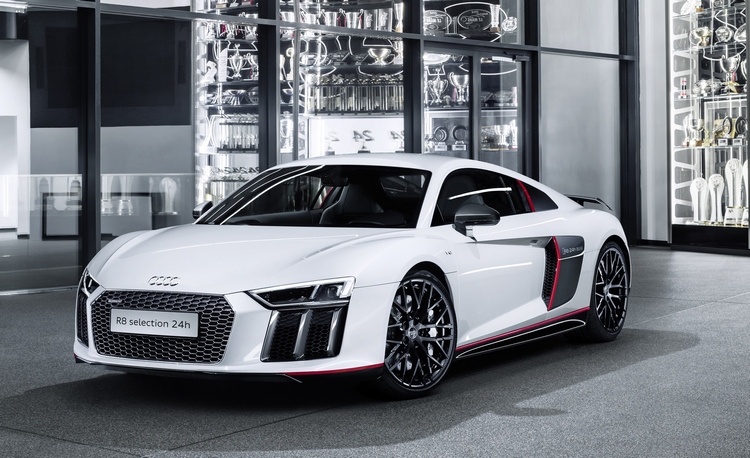 Audi R8 V10 Plus is relatively a competitor of Porsche 911 Turbo S in terms of usability. To certain extent, the R8 V10 Plus’s usability lacks quite a bit compared to the 911 Turbo S. Let’s not be mistaken: The car has great smooth control and handling; however, its body motions and handling may get uncertain when driving on twisting road conditions. And also, despite having responsive and quick-acting 7-speed dual-clutch automatic, at certain conditions it can get too hasty. On the other hand, the R8 V10 Plus nails its score with the naturally aspirated 5.2-litre V-10 engine. It arguably has the most powerful production engines of Audi with 610 horsepower. It has the top speed of 205 mph and especially, its acceleration sensation is absolutely incredible with 2.9-sec boost from 0 to 60 mph. That said, some reviewers refer the car to have outstanding engine yet uninspiring driving sensation. 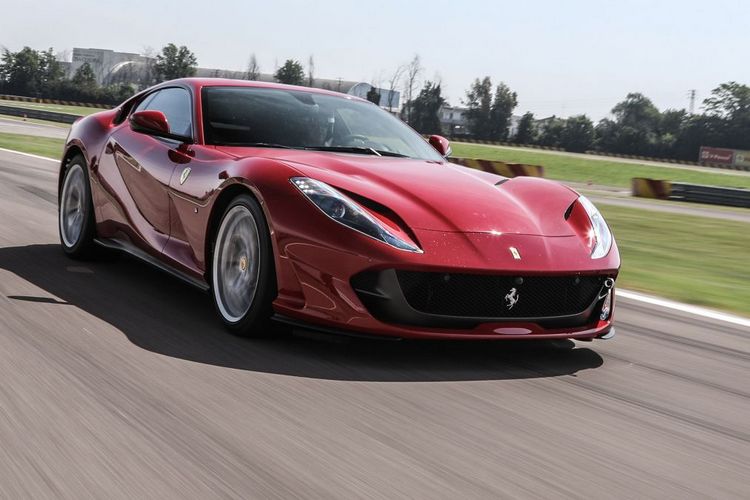 When “fast” is simply not enough. (Source: Internet)

Looking for an incredibly fast Ferrari experience? If that is the case then what we need is a Ferrari 812 Superfast. Judging by its power alone, the 812 Superfast already claims its name to be true with the 6.5-litre naturally aspirated V-12 engine. Its whopping 789 horsepower is definitely something we need to watch out, especially when the car can deliver 211 mph of top speed and possesses sensational 2.8-sec acceleration from 0 to 60 mph. Not only that, the 812 Superfast also feels agile. It feels lighter than what we may initially expect from a 1769-kg car and the handling definitely feels smooth and responsive. Overall, if what we want to look for is an aggressive sports car with comfortable control at $300,000? Look no further than Ferrari 812 Superfast! 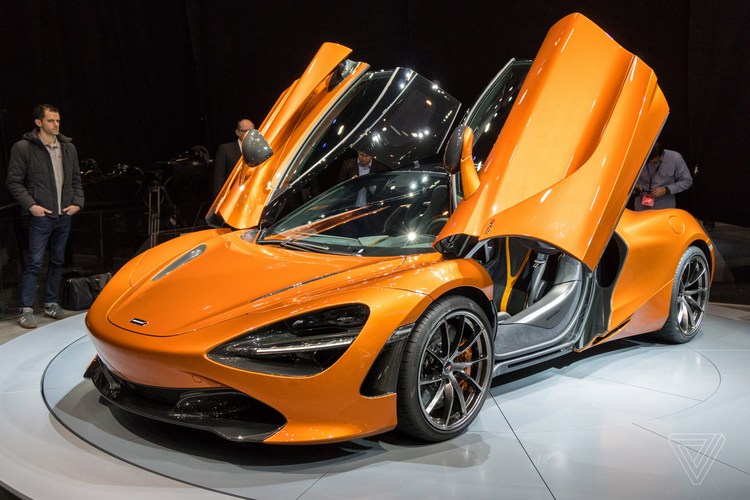 What should we expect from an orange lightning? (Source: Internet)

McLaren surely knows what needs to be done when it comes to building lightweight and aerodynamic masterpiece. To continue such “tradition”, the latest addition of the McLaren Super Series – McLaren 720S has readied to rampage on the road. For the power, McLaren 720S uses the twin-turbo 4.0-litre V-8 engine which provides a tremendous power of 710 horsepower. The 720S can reach 212 mph at top speed and it takes 2.8 sec for the car to boost from 0 to 60 mph. That said, the true strength of McLaren 720S does not come from its engine alone. Its power also comes from the optimized lightweight and aerodynamics throughout its exterior design. Again, McLaren 720S is indeed a new McLaren aerodynamic masterpiece and no doubt we can get lots of value from this $288,845 speedster. 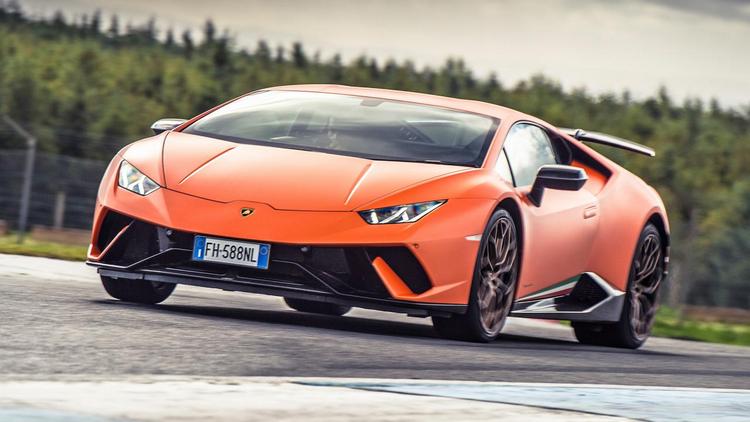 Automobili Lamborghini has always been pursuing for new innovations and even new revolutions. And this time, Lamborghini expected to hit both road and track hard with their new hurricane: Lamborghini Huracan Performante. In terms of power, the Huracan Performante is equipped with 5.2-litre V-10 engine which provides 631 horsepower. The car can exceed 202 mph top speed and get from 0 to 60 mph within 2.4 sec. So what’s special about the new Huracan? The thing is: Huracan Performante is the very first Lamborghini to have a brand new system called Aerodinamica Lamborghini Attiva (ALA). In short, it changes the downforce depending on different situation for example high downforce around the corners or low downforce while on straight lines. Despite being a track-focused supercar, it also runs nicely on road. Of course we may not experience its full power on road, but nonetheless, it lives up to its reputation as a descendant of Lamborghini “hurricane family”. 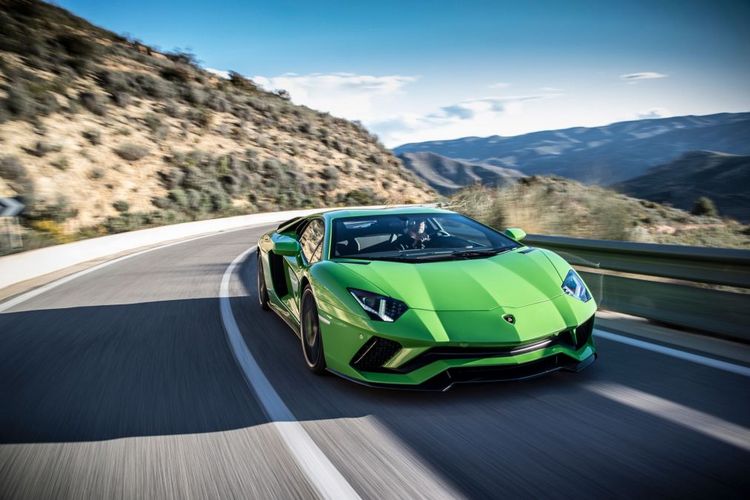 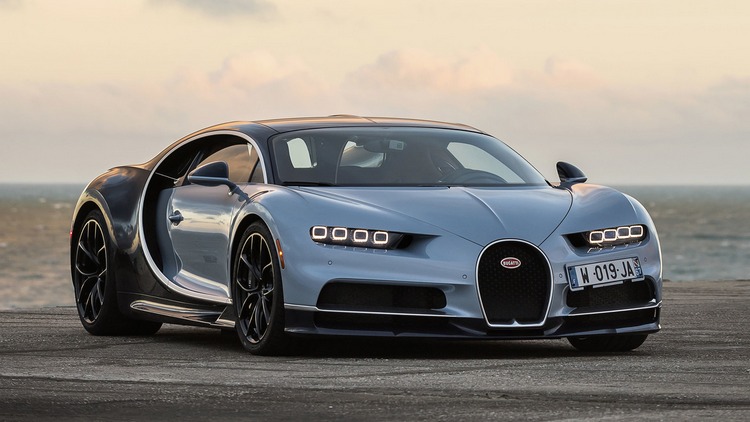 Finally we have arguably the most powerful Bugatti to date: Bugatti Chiron. It was recognized as the world’s fastest production car until Koenigsegg Agera RS broke its record on November 2017. Even so, Bugatti Chiron is undoubtedly a powerful beast even now. In terms of pure strength, the Chiron gains tremendous power from the 8.0-litre quad-turbocharged W-16 engine. It has an insane amount of 1500 horsepower and can reach the top speed of 261 mph (this number may even be higher) while the 0-60 mph acceleration takes 2.3 sec. Besides its insane speed, driving the Chiron is extremely sensational. It is so wild that we can easily lose ourselves with it and forget how comfortable this ride is. Nonetheless, it is indeed one of the best sports cars of 2017-2018; excel in both pure power and driving experience.

And that’s it folk! Don’t agree with our list? Feel free to share your opinions with us and for now, thank you and stay tune for more news in the future!