2020 means the beginning of a new gaming era. With the upcoming new console generation (Xbox Series X and PS5), we will get to see a new standard of gaming. But before we get to that point, let’s check out that top 15 most anticipated games of 2020! 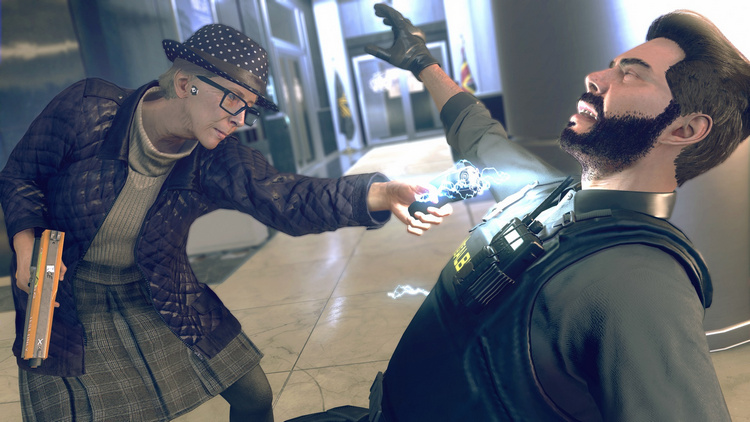 To be frank, 2019 was kind of a bad year for Ubisoft, especially after the Ghost Recon Breakpoint fiasco due to how low quality that game was. Eventually, it forced Ubisoft to delay all of their titles to make sure such fiasco will not happen again. So needless to say, Watch Dogs Legion is somewhat… a chance for Ubisoft to redeem themselves.

The game is the third major title of Watch Dogs franchise, and this time, it will bring players to London where technology is being used to oppress people. Interesting enough, the game features a pretty ambitious system, in which players will form their own revolution groups and recruit new hackers for the team. It seems to have many kinds of recruits players can invite, from young, hot-headed hackers to some… old hacker ladies!? This system does sound promising; however, certain people have still a cautiously-positive view of the game. Hopefully, it will come out as a big hit.

Ori and the Will of the Wisps 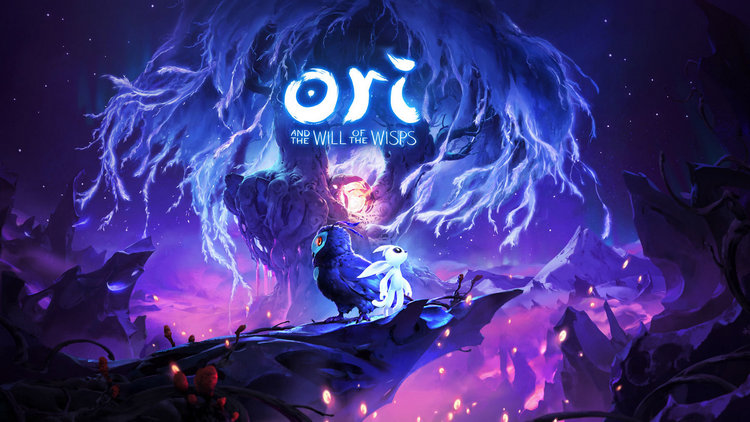 Beautiful as ever! (Source: Internet)

Ori and the Will of the Wisps is the direct sequel to the 2015 masterpiece – Ori and the Blind Forest. The game is expected to bring back the bright, beautiful art-style from the last game and also, the surprisingly emotional storyline.

Judging by all the trailers so far, fans of the game can truly expect the same, and even better, visual style. Not only that, the game seems to bring players to the new regions outside the forest from the original title. It also means that players can expect lots of new enemies, new bosses, and new exciting challenges.

The game will be released soon on March 11 for Xbox One & PC. 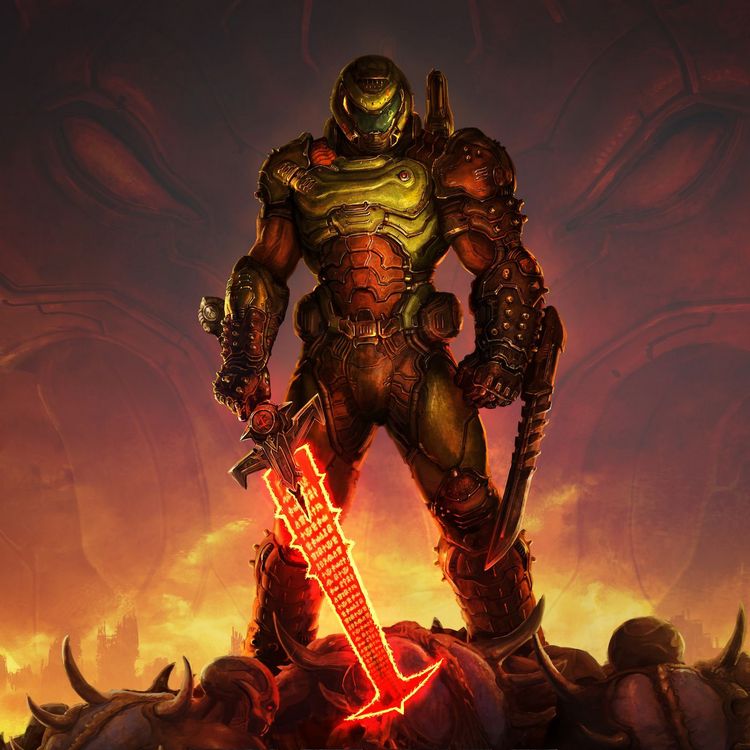 Doom is a legendary franchise that helped to grow the FPS genre in the past. And in 2016, this old, yet “savage” franchise finally made its glorious return with Doom 2016. Not only did the game look delightfully brutal and gorgeous, but also its excellent gameplay felt so excellent and made players truly fell like Doom Slayer!

And with the upcoming Doom Eternal, we will get to travel to new regions, not just Mars, and slay more demons with many new gameplay tweaks and awesome weapons (especially the shoulder-rested cannon and the grappling hook). Coming to Doom Eternal, players should expect the good ol’ metal music, plus the fast-paced combat we know and love from the previous game. And beware! Other players may assume the role of mischievous demons and give you a hard time ahead! 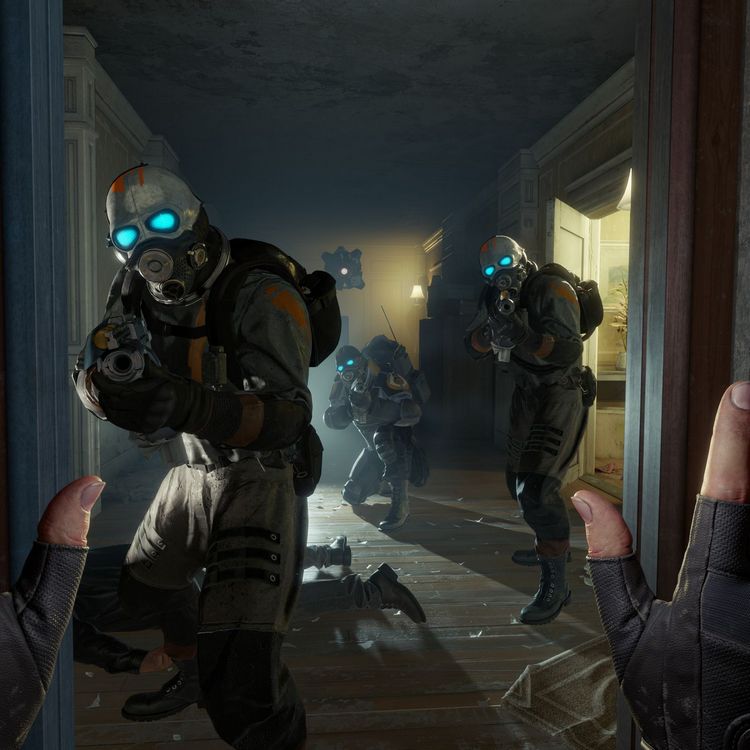 If there is one thing we have not seen Valve do for a very, very long time, it is developing a new game (and let’s forget the card game Artifact). And much to our surprises, Valve suddenly revealed what they have been “scheming” for so long and it was: Half Life Alyx!

Despite not being Half Life 3 as many people would hope, this spin-off is still a big surprise indeed! The most interesting thing is that: the game is designed specifically for VR. So yeah… it is bad news for those who do not have VR headset. But look on the bright side, VR is still an untamed area and hopefully with Half Life Alyx, Valve will pioneer a new revolution for VR. And for Half Life franchise as a whole, we will definitely get to see Half Life 3 development for real (if this spin-off is a success). 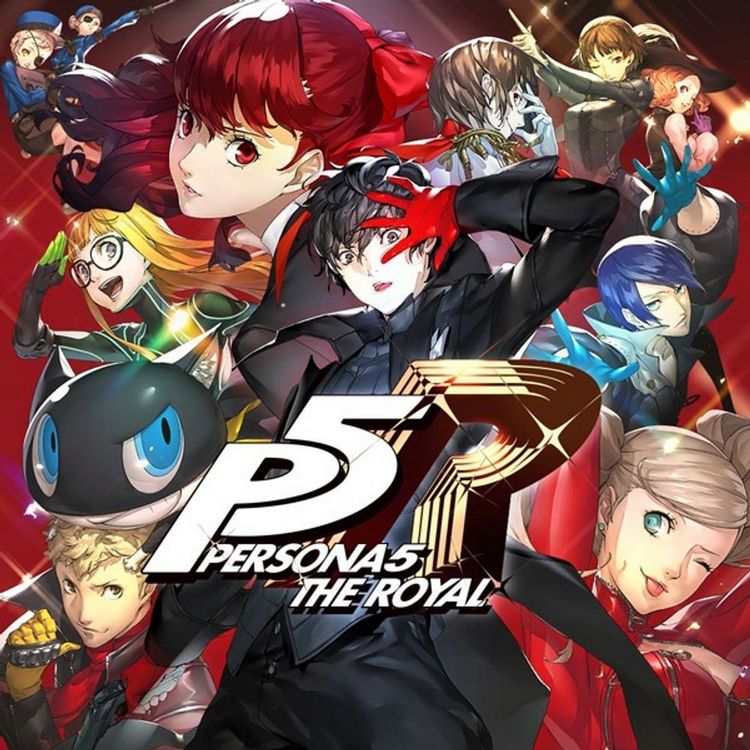 Like Persona 4 Golden (which was the enhanced version of Persona 4), Persona 5 The Royal promises to do the same thing, featuring new characters, new Personas, and even a whole new semester and new Palace. If you have already sunk 80+ hours in Persona 5, you should expect to spend more than that in this new version. 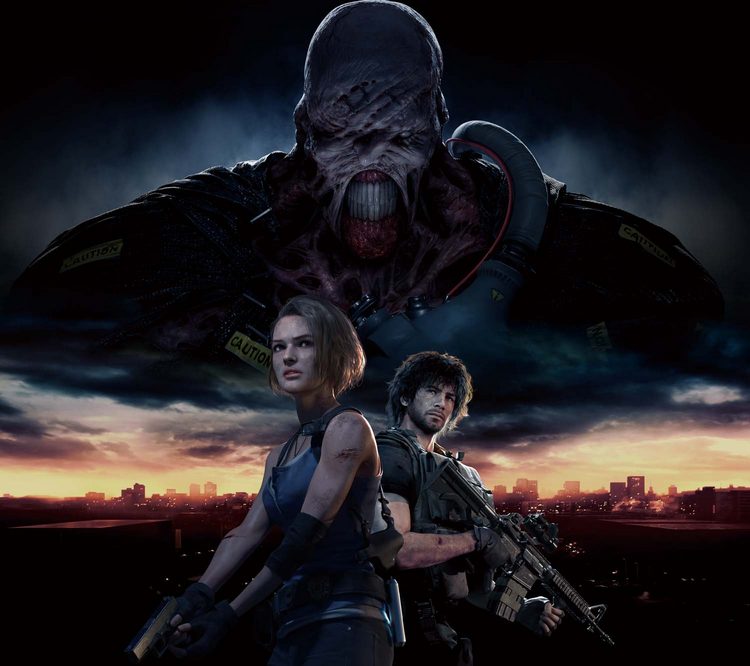 As if Mr. X is not terrifying enough, meet Nemesis! (Source: Internet)

2019 was a big hit for Capcom, marking the incredible return of their two famous franchises with Devil May Cry 5 & Resident Evil 2 Remake. For old-time gamers, the original RE2 was truly a classic nightmare: insane zombies, narrow corridors, and the unstoppable Mr. X who always chase you to the end of the earth. Not so long after, Capcom released the next “sequel” Resident Evil 3 which took place at the same time as RE2, just different storylines.

After the massive success of Resident Evil 2 Remake which truly reimagines the classic nightmare, many people hoped that Capcom will continue with a remake of Resident Evil 3. And rejoice! Resident Evil 3 Remake is officially a thing! If you have already experienced RE2 Remake, you should expect the same quality for this new remake title. And not only that, prepare to be panic even more since this time: The insane Nemesis will give you nightmares (again!) in this next-gen graphic! 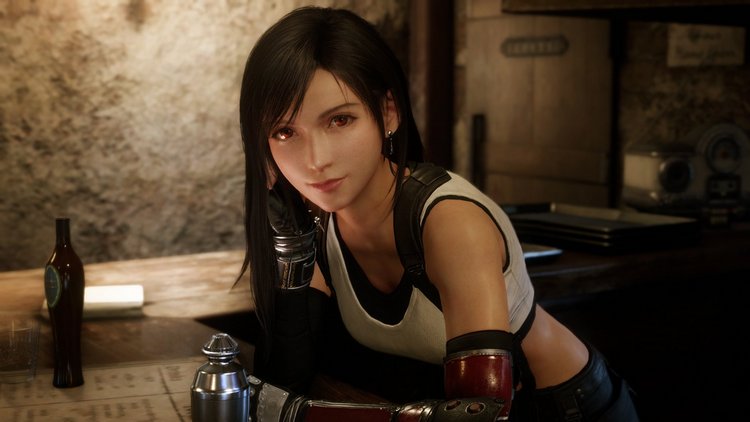 Who wants to meet Tifa in HD? (Source: Internet)

First revealed in 2015, Final Fantasy 7 Remake now finally has a release date and solid gameplay reveal. Aside from Cyberpunk 2077, this game is undoubtedly among the top 3 most wanted games in 2020. Unfortunately, its release date is delayed from March to April 10, 2020. yet despite the small delay, it means that the game is being polished to ensure the final product which we all hope for.

The Last of Us Part 2

Ellie is back in a more brutal world. (Source: Internet)

Intense and emotional, The Last of Us was a masterpiece of PS3 era. The journey of Joel & Ellie easily captured everyone’s heart thanks to its incredible (and scary) journey throughout a ruined world, filled with insane fungus-infested humans. Naturally, people would hope to take on their journey once again in a new sequel. And luckily, their hope is answered.

With the trailers of The Last of Us Part 2, it seems the game will push its realistic, brutal gameplay to a new height. Not only that, the game may highly include nudity and even more mature storyline. Regardless of whether you played 2013 The Last of Us or not, this is still a title worth looking for, especially if you are a fan of games with deep storytelling. 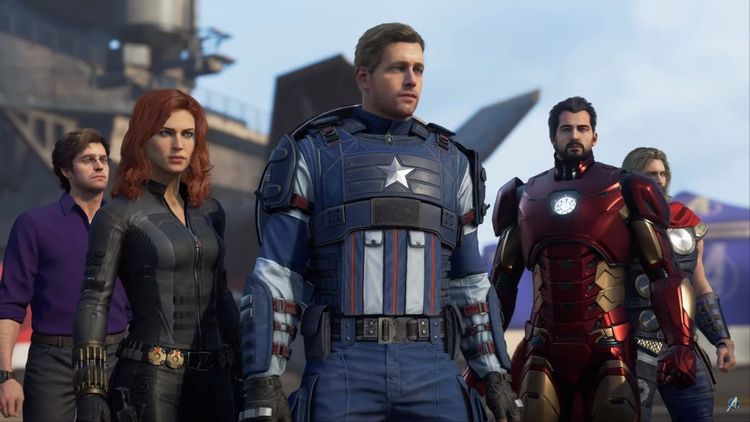 If you are fans of The Avengers and Marvel Comics, Marvel’s Avengers developed by Crystal Dynamics is definitely on your radar right now. It is a single-player game featuring a brand new story of The Avengers. Players will get to control and customize various members of the team like Iron Man, The Hulk, Black Widow, and Thor. Throughout the campaign, players will also unlock new heroes for the team and new upgrades. The developer also claims that the game will get future content updates even after the game’s release. Though we still do not know how’s future update will work, let’s hope that the game’s release will be solid. It was somewhat sad news when CDPR decided to delay their upcoming title – Cyberpunk 2077 to September 17, 2020. That being said, CDPR has quite a great track record so far, given their biggest hit The Witcher 3, followed by another excellent title called Thronebreaker. With this good record, many fans hold the belief that this delay will provide the team much needed time to polish this long-awaited masterpiece. 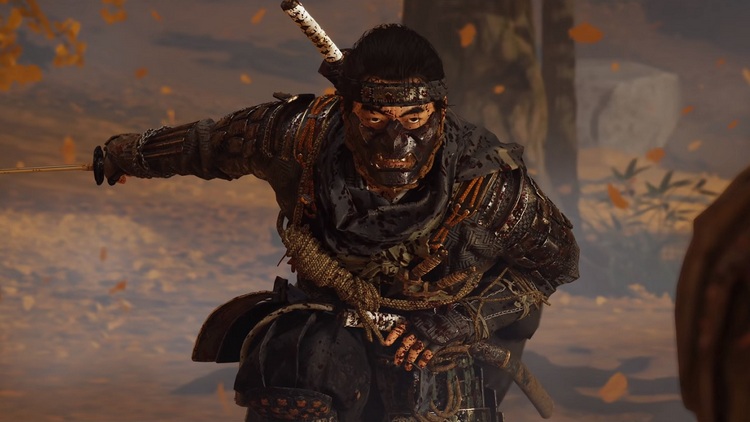 Aside from The Last of Us Part 2, Death Stranding, Marvel’s Spider Man, Ghost of Tsushima is another ace card of PS4 which is expected to release this year. The game is developed by Sucker Punch and it takes place in 1274 when the Mongol Empire invades Japan. The players will assume the role of a survived samurai who has to learn & do anything he can, even underhanded tactics, to save his country.

Based on all revealed trailers so far, the game has already made a great impression upfront with its exceptional graphic. Its world feels vibrant, fresh, and alive. On top of that, the gameplay looks inspiring, which seems to combine sword combat and stealth. To a certain extent, it does remain us of last year’s Game of the Year – Sekiro Shadows Die Twice. To be frank, we haven’t seen its gameplay in full detail yet, but nonetheless, this is an exciting title we should look forward to. 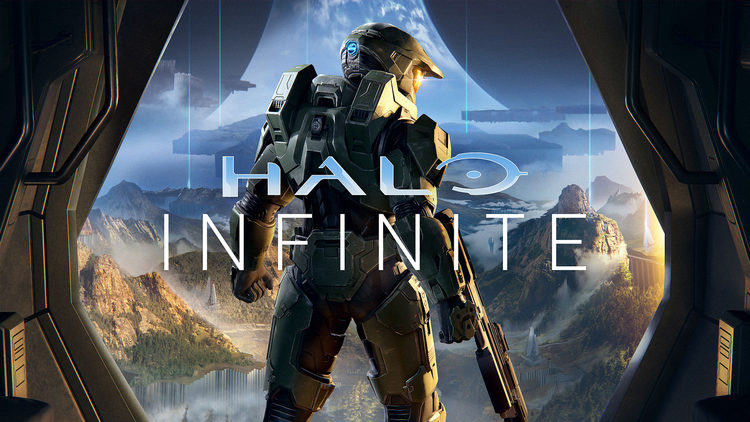 Master Chief is back! (Source: Internet)

Ever since Halo 5 Guardians, fans have been waiting for a very, very long time for a brand new Halo sequel, and, a proper return of the legendary Master Chief. Based on the trailers, it seems Halo Infinite will fulfill just the thing. Unfortunately, the developer has not revealed any further detail regarding the storyline nor gameplay. Yet at the very least, we can confirm that the in-game graphic of Halo Infinite will surely be awesome. There is also a high possibility that the game will be released at the same time when Xbox Series X comes out, which is great news for Xbox fans. 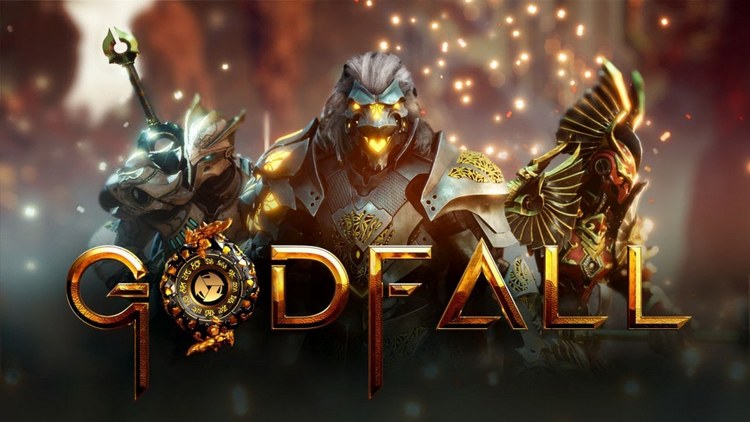 Just recently in TGA 2019, Gearbox surprisingly introduced a new project they have been working on: Godfall. Right off the bat, they showed a beautiful trailer of this new title, featuring warriors wearing some really cool, flashy armors. According to the developer, Godfall will be a “looter-slasher” game that focuses a lot on loots-hunting (similar to the looter-shooter genre like Borderlands 3 or Destiny but with the medieval theme). There was also a “leak video” which showcased Godfall’s gameplay, which honestly looks pretty badass and somewhat similar to Dark Souls. By the look of it, this new title seems to have lots of promises, so let’s wait and see what the developer has in store for us. 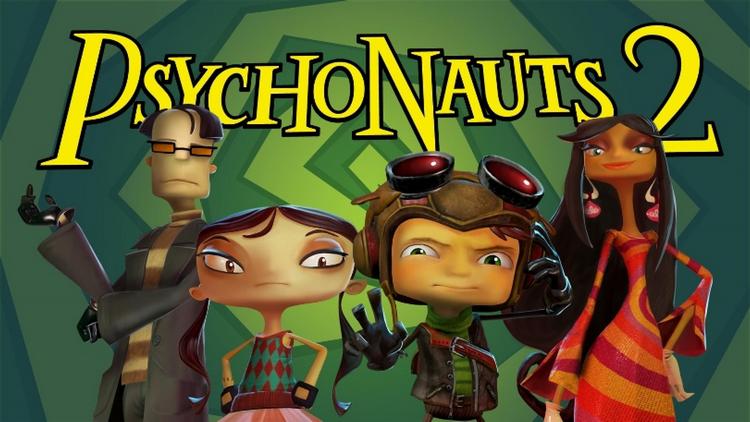 Back in 2005, Tim Schafer and his small team of Double Fine Productions released one of the best Xbox titles to date – Psychonauts. And after 15 years, fans will finally see the next sequel of this awesome title – Psychonauts 2! Players will get to see the charming main protagonist Raz again in his new “mental journey” with Psychonauts company. The game went crowdfunding and at this point, it already got $3.8 million! This is definitely good news for the developer, as well as Psychonauts fans. The only thing left now is to wait and see how awesome this game will be! 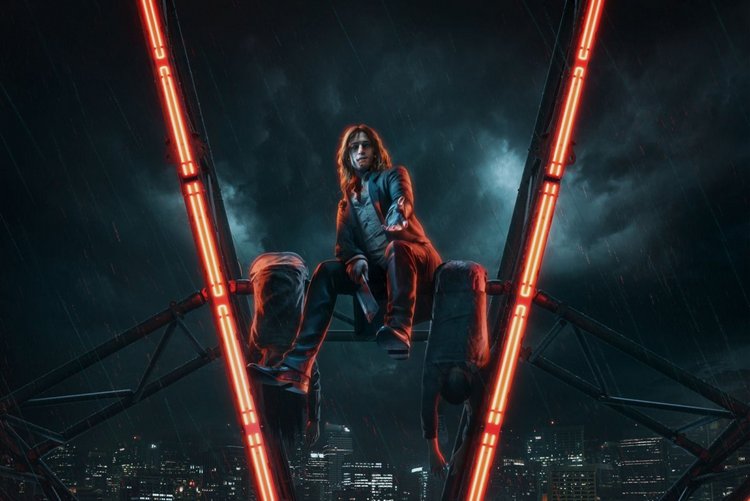 And that’s it folks! Those are the top 15 most anticipated games of 2020! Are there any other games you think should appear on the list? Feel free to share with us and for now, thank you and stay tuned for more news in the future!