Only nearly 2 months left and the world will get to enjoy Final Fantasy 7 Remake for real on April 10, 2020. The game was originally revealed back in E3 2015 and now we finally get to see its solid form. The wait is truly long indeed, so for the meanwhile, let’s check out what’s new in Final Fantasy 7 Remake! 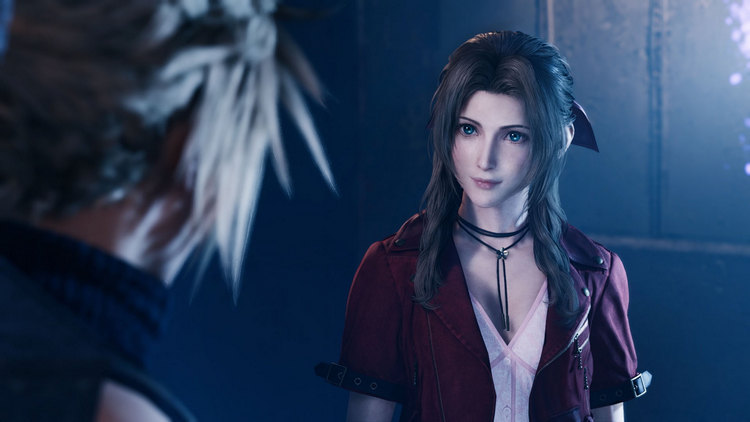 Ready to fall in love with Aerith again! (Source: Internet)

Now let’s be honest, many gamers back in the late 90s probably had a crush on the wonderous FF 7 “waifus” like Tifa or Aerith. And for those long-time gamers, rejoice because you will get to see them again in the brand new, HD graphic!

Square Enix has used Unreal Engine 4 to rebuild the world of Final Fantasy 7. And if you have seen all the Final Fantasy 7 trailers & gameplay reveals thus far, you will agree that everything in this Final Fantasy title looks so incredibly details! There is a huge leap of visual improvement since the first reveal in 2015. All the characters look a lot more details and gorgeous, the environment is amazing, bringing back both nostalgic feelings and new look. So far we have only seen the first boss – Scorpion Sentinel – and oh my it looks so badass!

Some people may say graphics is just one aspect of the game but in this case, this new graphic is definitely what fans want to see in this generation. Right now, let’s say Square Enix totally nailed the job. 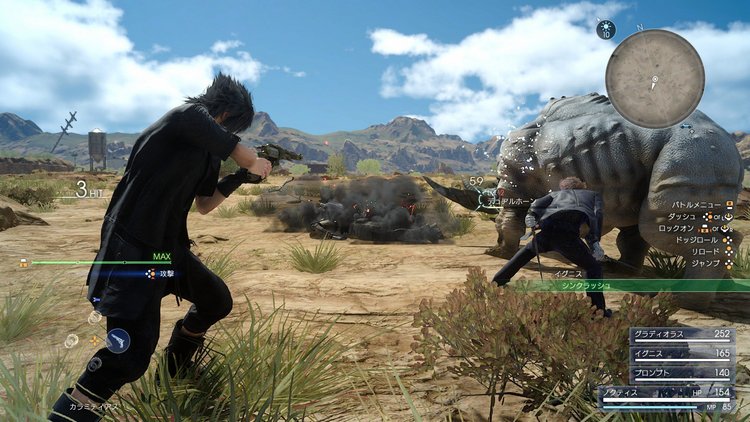 At this point, Square Enix has released 15 major Final Fantasy titles (not counting side projects of course), with Final Fantasy 15 is the latest title in the franchise. After every new title, the developer has tried to tweak the original turn-based combat system in order to fit in the Western market, while still be able to satisfy faithful fans of the series. That being said, many among faithful fans were probably not happy with how combat in Final Fantasy 15 turned out. So obviously, they do have their own doubt when knowing that Final Fantasy 7 Remake will have action elements in its combat. 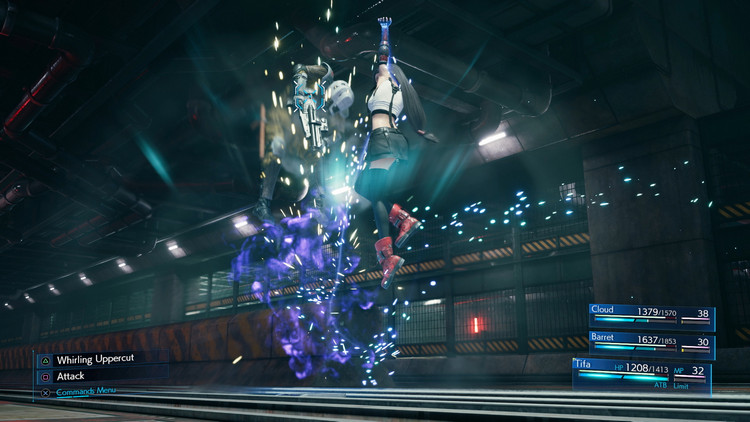 So how Square Enix tried to revamp FF 7’s combat system this time? Well, it seems they are trying to combine action and ATB elements once again, but not like the FF 15. Based on the gameplay reveal, the game will still have action element in play, in which players press ▢ to attack, just like how action-RPG games work. Repeatedly pressing ▢ will make the characters perform normal attack combo. In addition, each character also has his/her own △ attack moves, for example: Cloud’s △ is switching between normal attack mode and Punisher mode. Tifa’s △ is the Whirlwind Uppercut move; while Barret’s is a gun charging move to fire a powerful shot. 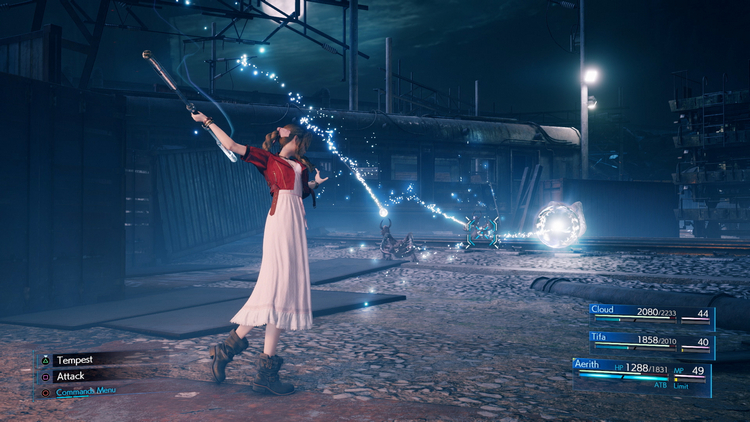 Use ATB to stop time and make the decision (Source: Internet)

Both ▢ and △ are for action combat; however, using these attacks will increase the ATB bar. When an ATB bar is filled, players can now activate it to stop time, providing them breathing room and decide to use ability, magic, or use items. If you think about it, this can actually be a great idea since the game will still maintain its strategic aspect. To gain ATB, you will have to be aggressive while also stay aware of the enemy’s attacks. And since each character only has 2 ATB bars, you cannot just spam ▢ button and heal easily using Potions.

To be fair, this combat system sounds really cool. But for those who still cannot get into it, Square Enix did confirm that there will be Classic Combat mode which changed the combat back to the original turn-based system.

Materia and Limit Break were definitely two important elements in Final Fantasy 7, so obviously they will also return in this Remake version. 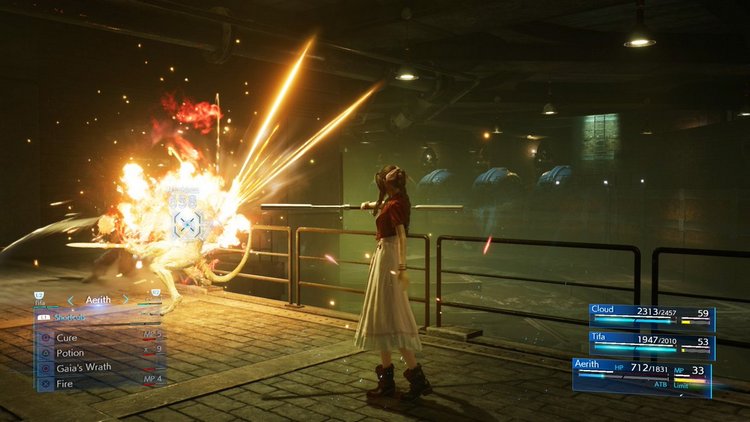 In terms of Materia, we are still not sure how this system works out entirely. But for now, we can confirm that players can find Materias by progressing the game and doing side explorations & quests. Each Materia will provide different spells like Heal, or new abilities like Deadly Dodge Materia (which seems to be a counterattack right after you dodge enemy’s attack). Supposedly, players will also be able to level up these Materias. But whether can we fuse Materias or not is still unknown. 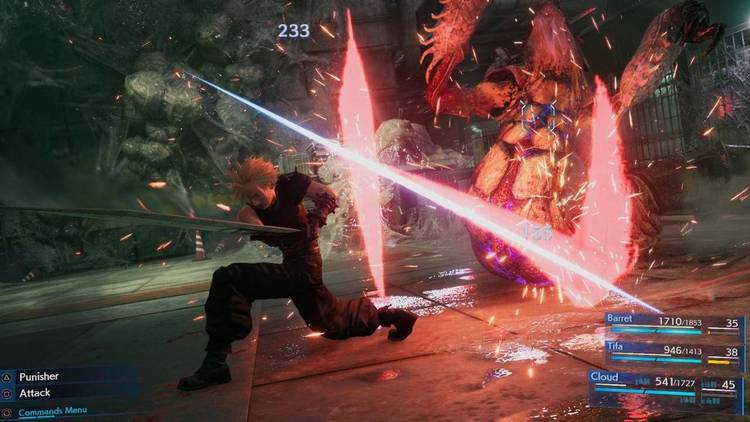 In case of Limit Break, these ultimate abilities will use a different resources than the ATB. When this resource bar is fully filled, the character can perform this badass move. What Limit Break moves will depend on different characters, like Cloud’s Cross Slash move or Barret’s Big Shot. And although we have not seen other Limit Break moves yet, we can still confirm that players will eventually unlock them as the game progresses.

3. Linear RPG with side explorations? 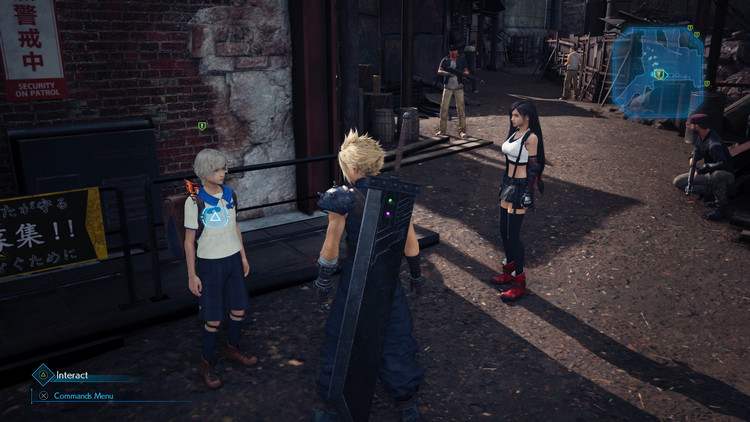 Side quests are confirmed for sure (Source: Internet)

This is one big thing many people are concerning about Final Fantasy 7 Remake: Is it an open-world RPG? Or a linear game? At this point, we cannot 100% sure, but, it seems that the game will be linear with side explorations and quests.

And before someone may think this is not a good thing, let’s remind us all that the new God of War game is also actually a linear game. However, it still provides a decent amount of side quests and especially whole lots of exploration. We cannot say FF 7 Remake will do the same thing, but at the very least we know that being linear game will not take away the awesomeness of the game.

Supposedly FF7 Remake will also have several side areas for exploration. Plus, it is already confirmed via Playstation blog that players can find various side quests to do along the way. 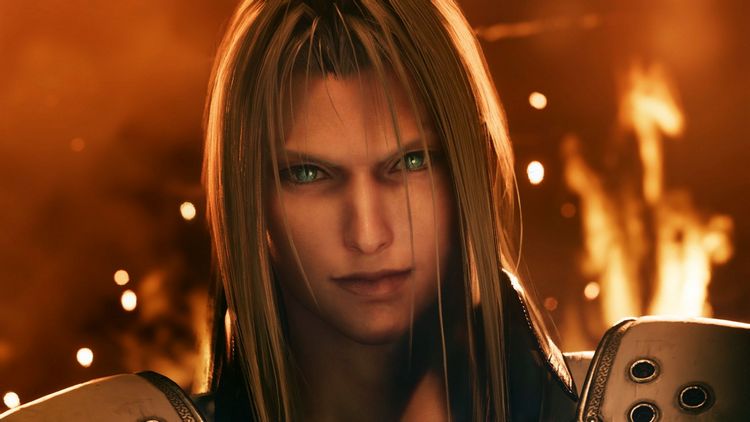 This is also one speculation that some people have made. So to make things clear, if the question is: “will the main storyline change?” then, unfortunately (or fortunately depending on your likings) the main story will not change. Every major plot will remain the same; however, the major storyline will be explored even further according to Dengeki Online’s interview with director Tetsuya Nomura. He implied that they want to keep the story the same so old players will already know how things will end up. Yet, they wish to put in some new elements to deepen the already-established story and hopefully surprise even the old-timers.

And that’s it at the moment folks! So what do you think about Final Fantasy 7 Remake thus far? Feel free to share with us for now, thank you and stay tuned for more news in the future!