Back to 2016, the very first Deadpool movie hit the theatre and it was a massive success. With the budget of 58 million USD comparing to 783.1 million USD of box office revenue, who can say “no” to a Deadpool sequel? And thus for Deadpool fans, this is definitely the best time of the year because Deadpool 2 is finally here! Ryan Reynolds’s Deadpool? Check! Tons of R-rated jokes? Check! Full of fourth-wall breaking? Check! So come on in and have a great time with our good ol’ pal Wade Wilson – Deadpool! 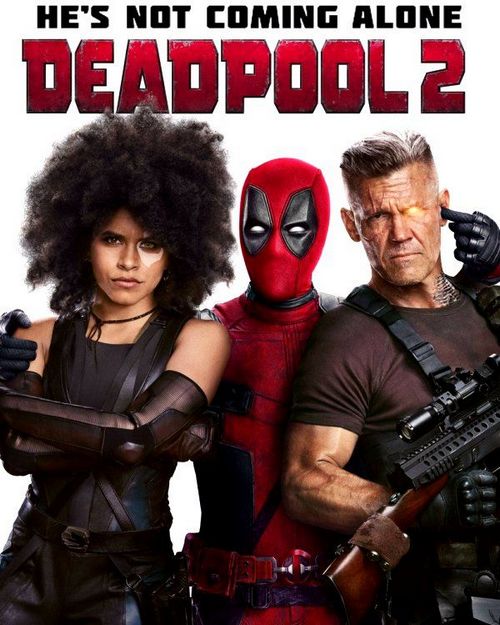 Have you seen Deadpool 2? (Source: Internet)

Back in the original Deadpool, it was the first time MCU fans got to see the most popular mercenary in Marvel history – Deadpool – The Merc With The Mouth! In this first film, Wade Wilson a.k.a Deadpool still has pretty much similar origins to his comics version (with a bit of twist): Wade was a former Special Force member until he was fired and later on he became a mercenary. Just like in the comics, Wade had a severe case of cancer and he soon threw away all hope, including his love with his girlfriend Vanessa. But of course, his life was not ended yet as he joined a secret project by Ajax which ultimately gave him outrageous rejuvenation ability. As the results, he cannot die because of cancer; however, his body was already malformed. Enraged with what Wade did to his project, Ajax kidnapped Vanessa, only to be ass-kicked by Deadpool.

In Deadpool 2, the story synopsis is as following:

“After surviving a near fatal bovine attack, a disfigured cafeteria chef (Wade Wilson) struggles to fulfill his dream of becoming Mayberry’s hottest bartender while also learning to cope with his lost sense of taste. Searching to regain his spice for life, as well as a flux capacitor, Wade must battle ninjas, the Yakuza, and a pack of sexually aggressive canines, as he journeys around the world to discover the importance of family, friendship, and flavor – finding a new taste for adventure and earning the coveted coffee mug title of World’s Best Lover.” 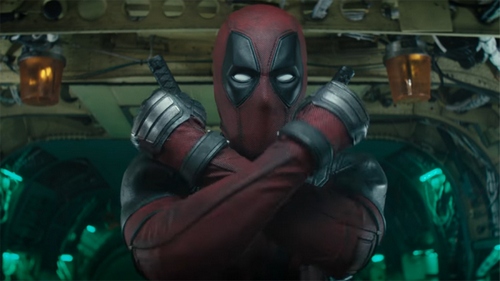 Sounds out-of-place isn’t it? But probably that’s how a Deadpool’s story synopsis should be. But wait! Based on the three trailers, there are much more to this “derby” story than what synopsis suggests. This time, Wade will have to encounter his “future buddy” – Cable who can travels through times. Cable’s goal is to kill a young boy with special power; however, Wade takes up a job of protecting that boy. Surprisingly, Deadpool did not stand a chance against Cable the first time they clashed. Eventually, he had to gather a new “super duper f*ckin group” called as the X-Force (sorry for the language but um… HE did say that) if he wants to face Cable once again. But will his team turn out to be for the best?

Deadpool 2’s release date is just after Infinity War a few days and obviously this is an extremely competitive time for the movie. Avengers Infinity War is a huge movie, with huge budget, along with huge cast. The film is the first conclusion of a 10-year journey (and it has not ended of course) and naturally, tons and tons of people would be drawn to it. So how did Deadpool 2 manage to win the fans’ heart?

As we already know, there was a direction problem during its filming. It is said that while director Tim Miller wanted the film to be more action focused with higher budget, Deadpool’s actor Ryan Reynolds thought it would be better for Deadpool 2 to keep the budget low and focus more on comedy. Nonetheless, we as the outsiders will not be able to understand the whole story happened behind the scene. However, if we are interested in Deadpool 2 due to its hilariously entertaining value, Ryan Reynolds was actually right! 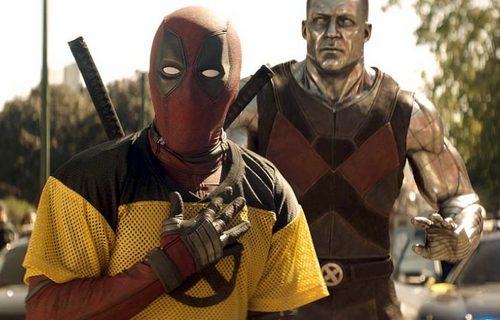 Who wants to see a more “serious side” of Deadpool? (Source: Internet)

In short, Deadpool 2 is a great comedy movie; it will make you laugh, a lot! To be honest, comparing this movie with Avengers Infinity War is totally unfair. Yet, we have to agree that Deadpool 2 managed to keep its own path. Avengers Infinity War is successful thanks to its focus on the serious story, action, with nice blending of comedy. On the other hand, Deadpool 2 focuses more on comedy, but, it does have meaningful theme behind every happened event throughout the film (Deadpool actually sends meaningful message? Surprising huh!). Back in 2016, the first movie’s main theme is about love (the story between Wade and Vanessa). Then coming to 2018, this second movie is more about family. If we just focus on comedy and action elements, Deadpool 2 may not like such. But the more we think about it, the writing here is actually… brilliant! It does make sense and tie-in the entire movie. That being said, the emotion invoked here does not… work it. It is exactly bothersome but overall it is hard to feel emotional here. 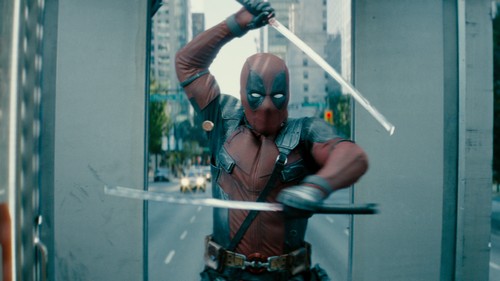 There is other minor issue is that unlike the first movie which follows linear direction, Deadpool 2 feels like they are trying different directions. Those directions does not feel exactly connect with each other but it is that bothersome. Another minor problem is probably that this movie is not exactly innovating. If we think about it, the story is still pretty standard. Most jokes and fourth-wall breaking work; however, they are not something new.

But by the way, let’s talk about a bit about actions: comparing to the first Deadpool, actions in Deadpool 2 feel much more dynamic. Well, it should be expected since Tim Miller was the director. And thus, there are certain action sequences which look really satisfying.

And oh man! That end-credit is… awesome! We recommend staying until the credit finally ends since there will be a delightful surprise!

So… the story is decent, comedy element is great. But what about the characters? 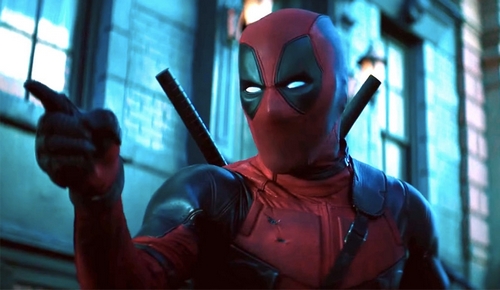 Well first off, once again Ryan Reynolds really nailed it with Wade Wilson character. He embodied Deadpool persona perfectly. Wade Wilson in Deadpool 2 does not feel too childish or too stupid. Our main protagonist feels rightly balanced between his humorous persona and his inner humanity (although his humanity feels a bit forced in order to fit the story). 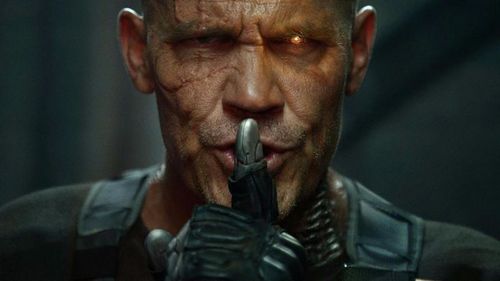 Back to the future! (Source: Internet)

And then we have Thanos… sorry we mean Josh Brolin as Cable. In Avengers Infinity War, Josh did a great job in portraying the baddest MCU’s villain to date – Thanos. He successfully breathed life into the character, and so too with Cable. In Deadpool 2, Cable gives out a serious vibe; sometimes it reminds us of Terminator. And despite what we saw from the trailer, Cable is not quite an antagonist here. It is more like Cable and Deadpool have different goals and these goals are happened to clash each other. 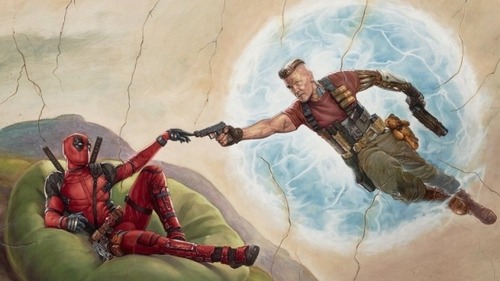 Turned out it is a great thing since it matches with the character quite well and it gives balance to the film as a whole, not just silly humors all the way through. Needless to say both Ryan and Josh committed to their characters fully. There is a great dynamic between Cable and Deadpool, which is again really nice considering their comics counterparts. 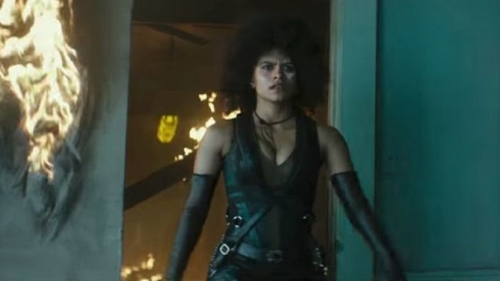 Final Destination vibe! Who would have thunk? (Source: Internet)

The supporting characters in this movie also did a good job, typically Domino. She is awesome! Although some fans may argue that they toned down her power of luck (basically everything will turn out to be good for her) a little bit, we still think her actions sequence looks really cool and clean. It feels like Final Destination-ish, but still cool. 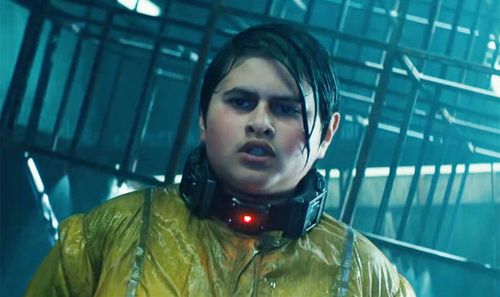 Seems this guy is in serious situation. (Source: Internet)

Then we also have the mysterious boy with mysterious power. In short, Cable wants to kill this dude while Deadpool wants to protect him. His character is good but to some extent he will cause confusion among the viewers. The thing is: the boy tends to have a change of emotion, A LOT. But given the fact that he is a teenager, maybe it’s not that non-sense after all. 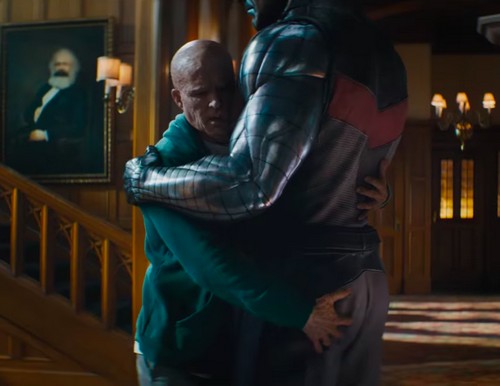 Overall, there are certain changes but they do not make the characters feel out of place from the original comics, especially Deadpool. Normally in a Marvel movie, they have to write the stories and characters carefully since they cannot just outrageously change everything. But in a Deadpool film, it is actually… fine to be outrageous. It is interesting when we think about it, because only Deadpool can manage to pull these fun stuffs out. He is originally a fourth-wall breaker. Every time he appears, it feels like anything can happen! Therefore, Deadpool 2 does not need to follow any strict rule. They can put almost any characters into the film and it still makes sense. Again, everything can happen when there is Deadpool since… he is Deadpool!

In short, yes! Deadpool 2 is a great comedic movie. There is great entertainment value here, especially for Deadpool 2. If you look for Deadpool 2 for jokes, fourth-wall breaking, and Deadpool (of course!), the film will be a cool experience. But if you look for some compelling, deep story… well, it’s not like you will never find a meaningful message behind the film. But, it’s really, really hard to feel emotional since you know… it’s Deadpool (he is not exactly a serious type of person). So in terms of entertainment value, we would give Deadpool 2 an 8/10, or even 9/10. Yet story-wise, we consider it’s a 7/10 (or maybe even a bit lower). Nonetheless, Deadpool 2 is still a great movie. Do we recommend it? Yes! And especially if you’re Deadpool fans, why not?

And what about you? What do you think about Deadpool 2? Feel free to share with us and for now, thank you and stay tune for more news in the future!