*Note: GTA Online Smuggler’s Run tips and guide here are based on personal experience and from other players. More tips and guide will be updated in the future. Also, if you have any new tips, feel free to share with us!

Other GTA 5 and GTA Online tips and tricks:

The Ultimate List of Beginners GTA Online Tips and Tricks

1.1. Smuggling, where all the goodness begins! 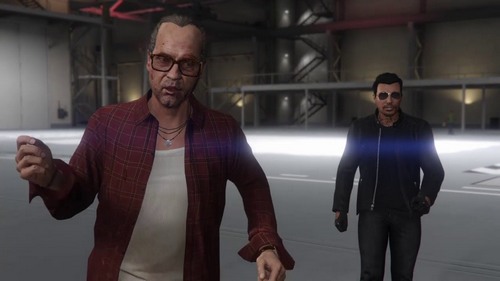 The main theme of this new GTA Online DLC is about smuggling via aircraft, which sounds pretty similar to what we do in GTA V single player, but with more fascinating twists. To begin this new business, you will need to purchase a new hangar available from five different locations on Maze Bank Foreclosures (MBF) website:

The hangar acts like your operation base, and therefore, it also comes with upgrades varied from the appearance to workshop.

In this new business, we work with Ron “Nervous” Jakowski to run the Air-Freight smuggling business.  After completing the setup mission, we will be able to access the business via Free Trade Shipping Co. app on the computer in our hangar. Basically we can break down this smuggling business into 2 steps: first, we get the cargos from Source missions, and then we can sell them.

In GTA Online Smuggler’s Run, it seems the only way we can get cargo “legally” is via Source missions. There are 8 available cargo types: Narcotics, Chemicals, Medical Supplies, Animal Materials, Art & Antiques, Jewelry & Gemstones, Alcohol & Tobacco, and Counterfeit Goods. Although 1 unit of cargo worth $10,000, however each cargo type will yield different amount of revenue, which will be explained in due time.

These Source missions’ difficulties are varied depending on what product type you want to get. For example, you will see getting Alcohol & Tobacco won’t be as difficult as getting Chemicals or Medical Supplies.

Of course just like other businesses, you can steal cargo from other players. But beware; they can do the same to you. 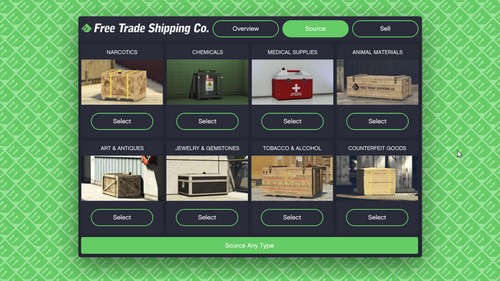 Unlike the previous GTA Online Gunrunning DLC, this time we don’t need manufacture products to sell. After getting cargos “legally”, we can start to sell them. So, there are at least 2 things we need to understand in Sell missions.

Firstly, we need to understand about revenue. As mentioned above, each unit of cargo worth $10,000, and this applies to all types of cargo. Each cargo type can only have 50 units at max. At this point, some GTA beginners may wonder: “So no matter what cargo I chose, I can only get $500,000 at max?” Fortunately, the answer is no. Different cargo types have different amount of bonus revenue. Like for example:

For better understanding about selling, we recommend checking out this guide by CaliMeatWagon from GTAforums. 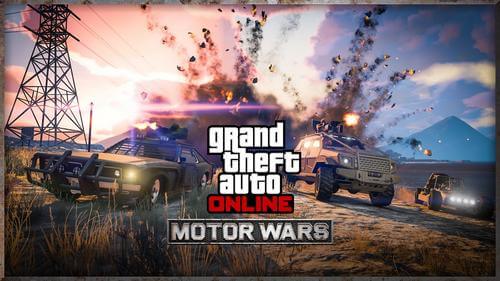 The Motor Wars is undoubtedly one of the funniest (in a good way) modes in this new DLC. In this mode, 2 – 4 teams of 4 – 28 players will be thrown into a battlefield via parachute. They will compete in this Battle Royale arena filled with tons of weapons and vehicles. As players “butchering” each other, the arena’s boundary will close in, similar to recent trending game PlayerUnknown’s Battlegrounds (PUBG). 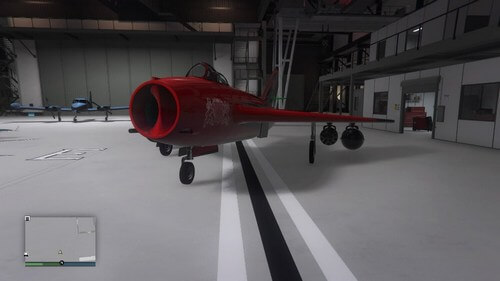 As you can see there are 5 hangars for you to choose from and also each has its own characteristic. If you are in short of cash, we can always recommend the two cheapest hangars: Lsia Hangar A17 which costs $1,200,000 or Lsia Hangar 1 which costs $1,525,000.

But, if you can afford more, many players are currently suggesting Zancudo Hangar 3499 which costs $2,085,000. The nice part of Zancudo Hangar 3499 is that it has low-level wanted clearance. Also, you can always grab a jet fighter at Zancudo Hangar 3499 without being shot down. However, if you don’t like PvP, you will probably not prefer Zancudo area since there are 3 hangars in Fort Zancudo. Such an area can easily become a PvP hotspot.

So now you have owned a hangar, the next you want to do is to get the Aircraft Workshop. Yes we know that it is expensive (which costs $1,150,000), but it is essential if you want your aircraft upgraded. Most of the new aircrafts don’t include arms so you will have to upgrade them yourself.

Tip 3: Try all the missions and scenarios a few times 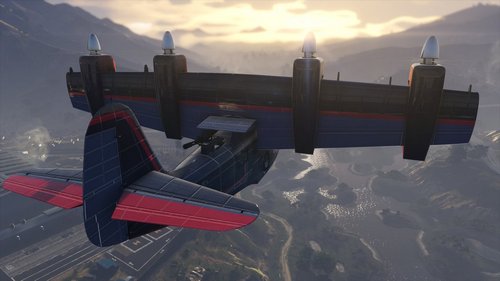 Who wants to do mission on this badass aircraft? (Source: Internet)

Unless you are doing playing the DLC for fun, it’s much recommended to establish a strategy for your business. This will help you maximize your profit and also optimize your time and potential cost. For example, Source missions are different depend on different cargo types.

Still, to come up with such a strategy, it’s best to try all of them few times to understand. After all, it is always fun to try something new.

Tip 4: Don’t solely rely on Smuggler’s Run as the only source of income 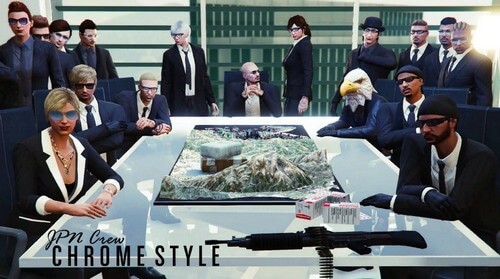 Of course it is always fun to role play as an aircraft smuggler. However, if you are seeking a reliable source of income then Smuggler’s Run may not be a good choice. There are many other businesses which can be done along with your aircraft smuggling business like Gunrunning.

Still, the idea of becoming a big CEO of a giant  with smuggling, arms dealing organization isn’t a bad idea, is it?

Solo-ing in GTA Online can be fun, but it is always much more exciting to play with friends. So if you have other GTA fellows, invite them to your business, especially for Source missions. The nice part about Source missions is that you can get multiple cargos. With more people to help, you can maximize your cargos in no time!

Tip 6: … But sometimes it’s better to do it yourself.

Playing with friends is quite fun and easy to come up with strategy. But playing with bunch of unknown people online may not be easy. For example in Source missions, the difficulty will rise according to the number of members of your team. Therefore, sometimes it’s better to grind cargos by ourselves.

Tip 7: You are not forced to use their vehicles

In some cases, players don’t prefer using the default vehicles given by the missions. Luckily in Smuggler’s Run, you can always use your own vehicles. One example is that during Source missions, if you don’t like the given vehicle, you can destroy it, grab the cargo, and carry it with your own vehicles. 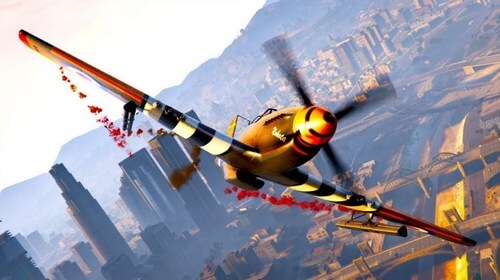 Rogue is the cheapest among the new aircrafts, and also the most standard. In case you are still hesitating to choose an aircraft, getting a Rogue will be a good choice. It has all the upgrades you probably wish and therefore, owning a Rogue is never a bad investment.

3. The Motor Wars Tips and Tricks 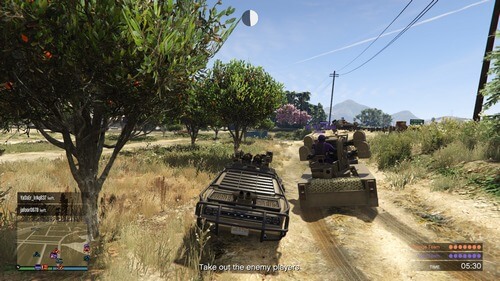 Let’s get wild in the Motor Wars! (Source: Internet)

The Motor Wars is one of the funniest additions in this DLC and therefore, we should have some tips dedicated to this mode.

Having a weapon to defend yourself is important, but it’s more important to find a vehicle for your team. The Motor Wars mode provides tons of heavy-armed vehicles and it will be a huge waste not to use them. Also, without vehicles, your team will more likely be wiped out of the game since high chance other teams will get vehicles for themselves too.

The biggest difference between this mode and PUBG is that: Motor Wars is a team-based battleground, while PUBG is a battlefield of 100 different people massacring each other. Therefore, teamwork is highly required to win this game.

Of course sometimes it can be fun to be a solo Rambo in the middle of battlefield. But that is probably not fun for our teammates.

As we mentioned, you will mostly see your opponents riding armed vehicles and therefore, you will need to deal with those vehicles. Of course bazooka isn’t the only reliable weapon; the general idea is that you should get some weapons which can destroy vehicles fast. But even if you don’t get such a weapon, don’t fret; it’s still not the end of the world.

One thought on “How to Be a Professional Smuggler? – GTA Online Smuggler’s Run Tips”