We love anime, anime is awesome and by all mean, anime is definitely not just “children shows”. There are tons of beloved anime series and movies like Naruto, One Piece, Death Note, all of Studio Ghibli’s anime, Your Name, and more… All of these anime series and movies have really fascinating story, interesting characters, and good animation. Which leads us to a question: “How to make anime?” Luckily, we now have the answer. So with no further ado, let’s find out!

Although anime is popular all around the world nowadays, we can’t expect all people understand about anime. Simply put, anime is “Japanese cartoon” which is acknowledged as one of Japan’s culture aspects.

Many people consider anime to be “Japanese cartoon” for children. And it’s partly true, many anime series and movies are for children. But there are also tons of anime not for children. Anime is equivalent to Western cartoon, which includes both children cartoons and mature cartoons. The most significant example for this is probably Death Note – a totally mind-hacking and brutal series.

To have a better understanding about anime, we can divide anime into 5 basic categories based on their target audiences: 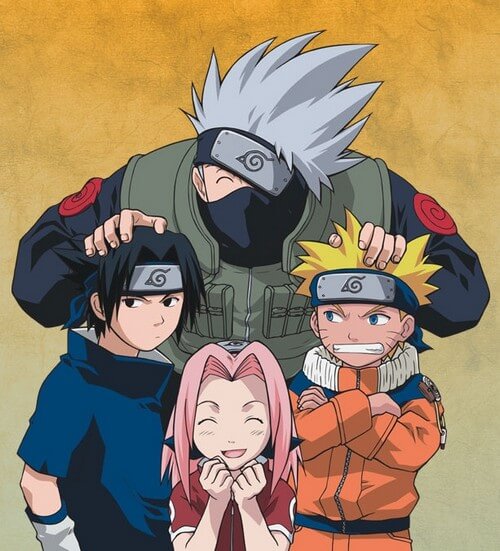 Naruto, one of the “Big Four” (Source: Internet)

In Japanese, the word “shonen” (少年) refers to young boys of 15 years old or less. And as you can guess, shonen anime aims at this group of audience. Most of anime in this category are adventure, fighting anime involving a young male protagonist. There are also other shonen anime about comedy and female protagonists, yet the adventure-action genre is still in dominance. In these shonen anime, we can see quite a number of fan-services (which young boys really seem to like). 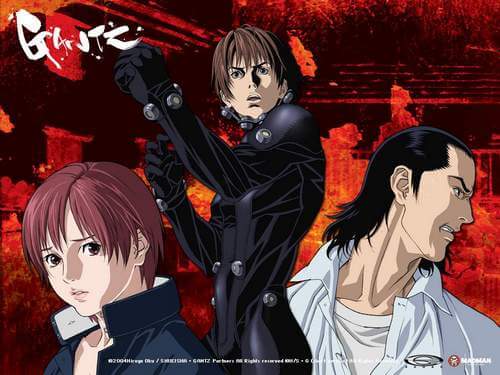 Gantz, one of the most brutal and violent anime (Source: Internet)

While shonen anime is for young boys of 15 years old or less, “seinen” (青年) is for young male from 15 to 24 years old. As the results, seinen anime often has more mature and adult elements like psychological element and higher violent level. Still, there are seinen comedies and of course these comedies had more mature elements. Since people from 15 to 24 is considered as “young adults”,  it is no surprise if some anime has pornographic element. 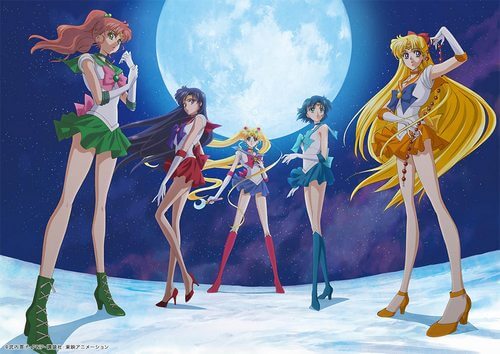 Boys surely aren’t the only audience target for anime. Of course, we also have anime for girls. These anime for girls called as “shojo” (少女) which aims at girls from 10 to 18 years old. The main theme of shojo anime is mostly about romance and relationships. Interestingly, this category also includes several romance anime about male homosexual love (which we often hear as “yuri”). Besides romance, shojo anime can also involve adventure and action with young girls as protagonists. 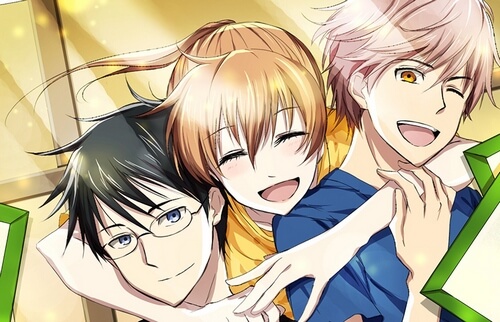 “Josei” (女性) is for adult women and it is understandable if anime of this category is not widely known in international level. Like shojo, josei anime mostly focus on romance. However, while shojo anime often features idealistic and dreamy love, josei anime are more realistic. These josei anime may even include serious subjects like raping. Adventure-action based josei anime are available but again, there are not much of them. The main protagonists in these anime are female, yet, some anime have male antagonists and many of them are “yuri”. 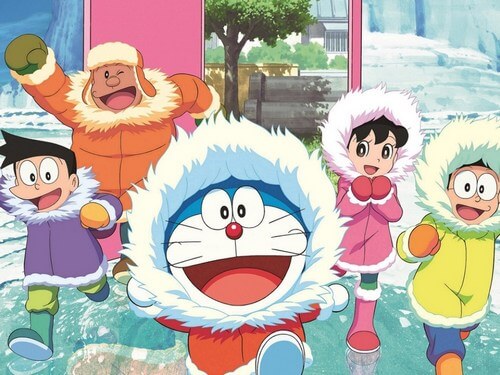 Now that we have anime for teenagers and adults, what we have left is anime for children. Children anime, or “Kodomomuke” (子供向け), focuses on children and they often have simple stories which often teach children about morality and various lessons.

So now that we have classified 5 most basic categories of anime, let’s get onto our main topic which is how to make anime! 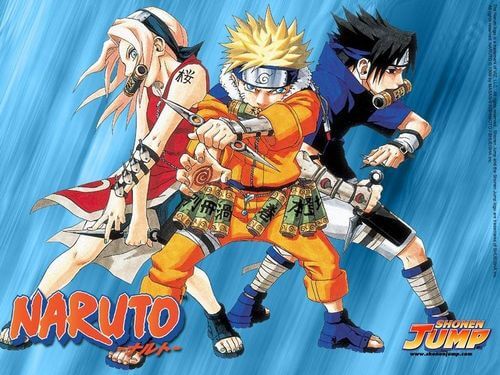 In order to start every anime, we always need to have original stories and ideas. In case of original anime (which is not adaptation of any other entertainment products), it’s all start with the original authors. The stories by original authors (who mostly are directors or employees within the studios) will be sent to the production studios, and then to the production companies. The typical example for original anime is Studio Ghibli with many famous anime like Princess Mononoke and My Neighbor Totoro.

On the other hand, anime adaptation mostly begins with the original manga or novel authors. The production companies will contact the authors first, then they contact with production studios to start making the anime. We can see tons of anime adaptations of many famous series these days like Dragon Ball, Naruto, One Piece, and Sword Art Online.

After getting stories and ideas, we will get to the next planning step which are early designing characters and setting up teams. In this phase, characters are early designed in order to be suitable for the anime. And with that, we continue to In-Production Phase. 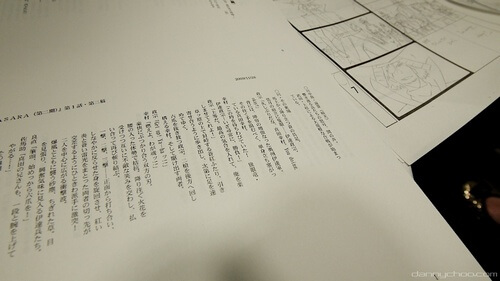 Without these script, you will have no idea what to do. (Source: Internet)

For starters, a full script will be written for each episode. If the script is accepted, it will be time to make storyboard. The story board is a bit similar to drawing manga, but its purpose is to show the characters position, actions, settings, and camera angle in each scene.

Besides the story board, the landscapes and backgrounds will be designed, while characters will get more details. In terms of background, in the past backgrounds are often hand drawn. But nowadays, backgrounds are digital designed since it is much quicker and cheaper than traditional hand-drawn method. 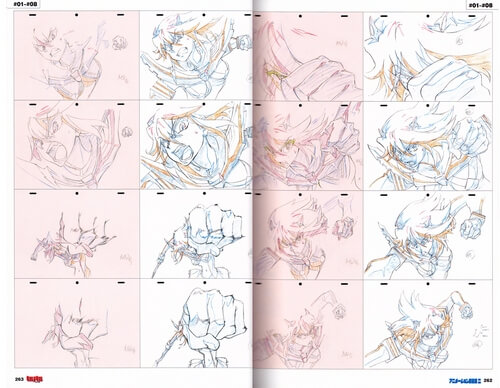 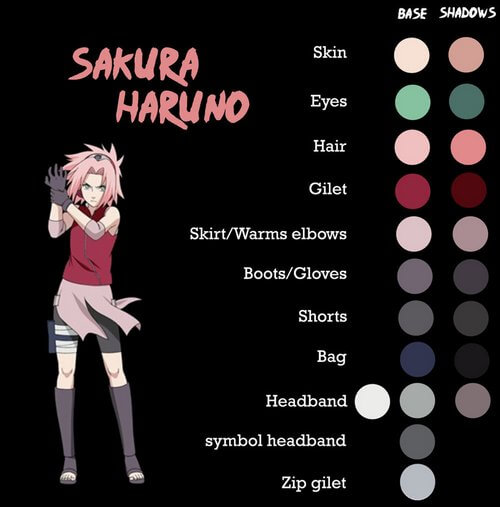 After these animation pictures are finished, it’s time for Color Designers to give them life. Each of character is given a particular color palette, and depending on the context, the shader will change. For example, characters have different shaders during day and night.

Since coloring can be an extremely long process, there can be lots of color teams to do the work. 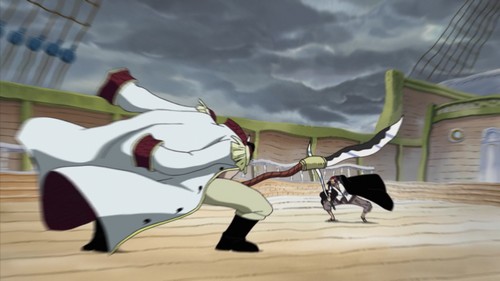 Without Compositing step, we won’t see this awesome battle in play. (Source: Internet)

So now that we have all the elements: storyboard, characters, animations, and backgrounds. It’s time to put them together and this process is called as compositing. Characters and backgrounds are put into different scene and given animations. In addition, this is also the time to add effects into the scenes. Besides that, they are also responsible for many other works which finally give us a beautiful and fascinating anime.

Up to this point, the anime is ready for the final phase: the Post-Production Phase. 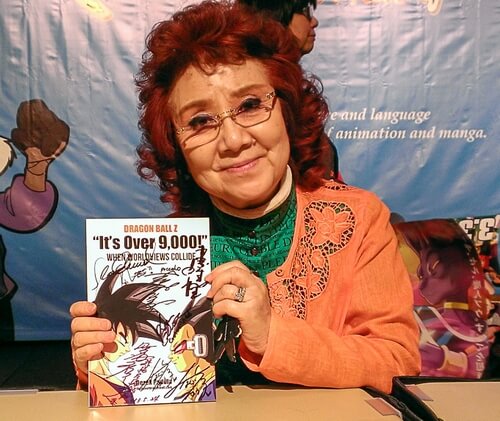 In this post-production phase, the entire episode will be edited and made sure to last within the time limit. This explains why some of the scenes will be deleted, because of the episode’s time limit.

Along with editing, we have voice actors (or seiyuu in Japanese) who give voice for the characters. Interestingly, in Japanese version, many male protagonists are voiced by voice actresses like in case of Goku in Dragon Ball and Naruto. In addition, sound effects are implemented during this step.

After having voice acting, sound effects, and final editing, we have a completed anime episode or movie, readies to be on air.

Do you like The World God Only Knows anime? Unfortunately the studio behind it – Manglobe is bankrupted. (Source: Internet)

By saying anime cost, we don’t mention about the cost of the Bluray DVD cost or Crunchyroll cost to watch an anime. What we want to know more is the cost to make an anime. If you are anime enthusiast, you have probably known that the anime industry is an extremely though one. Making an anime often costs tons of money, while the revenue isn’t always enough to compensate for the cost. This partly explains why there are many anime studios have gone bankrupt in recent years.

According to the Masamune Sakaki, an anime CG creator, an anime series of 13 episodes can cost about 250 million yen (which is $2 million) in average. Although this statistic comes from 2015, we doubt that the situation is better at the moment. Due to this difficult situation, many anime studios and companies have to prepare advertisement carefully, some have to organize event and sell merchandise in order to gain more revenue.

And so, this is also the reason why some studios only released season 1 of an anime since they couldn’t afford to make the next season. Therefore, if you are truly anime enthusiast, it’s much recommended to buy your favorite anime merchandises and support the studios. It will be a big help for anime studios in this hard time.

3 thoughts on “How to Make Anime? How an Awesome Anime is Made?”