Manga and Anime are undoubtedly awesome! Both of these Japanese entertainment forms are famous around the world, featuring many incredible anime and manga like Fullmetal Alchemist, Death Note, Attack on Titan, and Your Name. Both have massive fanbases around the world, besides Japan. At first glance, both manga and anime are supposed to be in harmony. But surprisingly, there is a particular topic which has raised the debate between anime and manga fans: Anime vs Manga – Which One is Superior?

Table of Content:
1. What is Manga?
Japanese manga and Western comic
How to make a manga?
2. What is Anime?
3. Differences between Anime vs Manga
Visual
Story Deliverance
Some Other Interesting Comparisons
4. Final Thought

Frankly speaking, this question is pretty much… pointless since it is mostly subjective. And unfortunately for people who want to have an objective and universal answer, there is no such definite answer. Therefore, this is not really a legit question due to manga and anime’s fundamental differences. That said; it gives us an opportunity to understand our favorite form of entertainment further. So with no further ado, let’s find out. 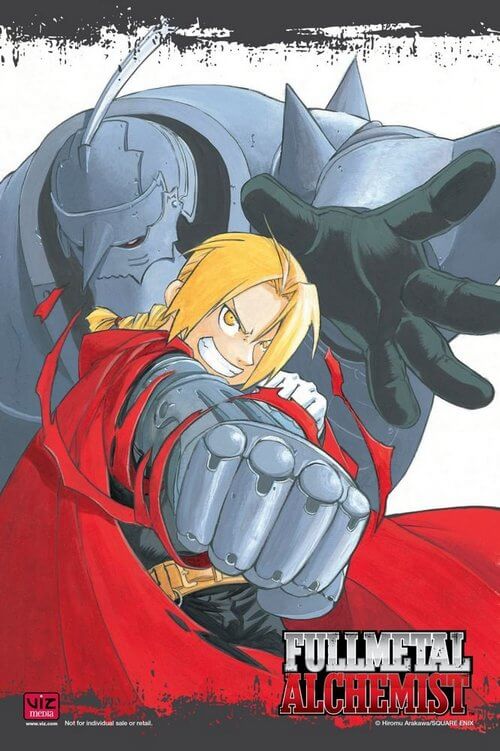 A simple question: “Do you know these guys?” (Source: Internet)

Manga (漫画) refers to Japanese comic which has quite a complicated history. Many people believed that the origins of manga can be traced back to the century 12th. However, it was not until 19th century that this form of entertainment got the name “manga”. After the World War II, manga has developed tremendously, featuring various stories, artworks, and writing styles. Eventually, manga found its way to the Western market and no doubt, now it has become a worldwide phenomenon. 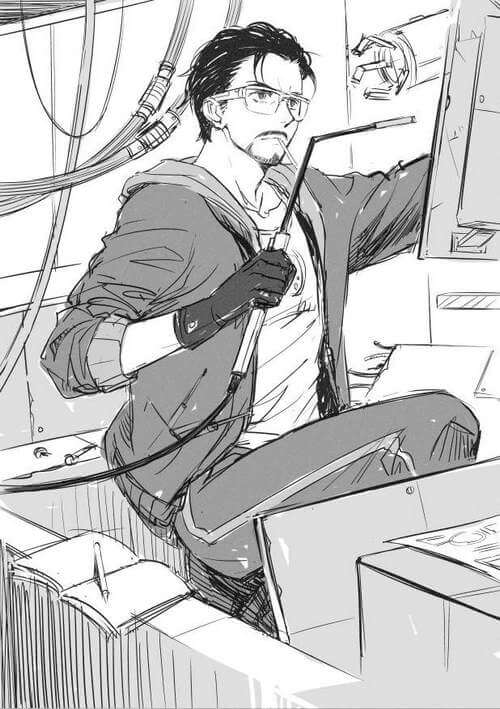 When Tony Stark comes to to Anime land. (Source: Internet)

For people who are not into manga and anime, they may think manga (and also anime) is for children and teenagers. Yet on the contrary, there are all kinds of manga for all ages, from children, teen manga to manga for adults featuring various mature and serious matters. It is pretty similar to Western comic (and also cartoon) which also has various series and stories for all ages.

Although Western comic and Japanese manga share similar main concept; there are some differences, typically the art style and the cultural factor:

How to make a manga? 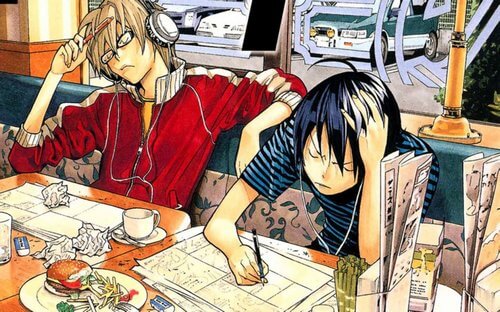 If you have read Bakuman then you probably have understood the process. Basically the process can be rounded up like this:

Of course, this may sound easy-to-do at first glance. Yet in reality, the life of mangaka isn’t easy as some people may think. There are hardships such as deadline pressure, competition with other manga, and more… So, prepare carefully if you want to be a mangaka! 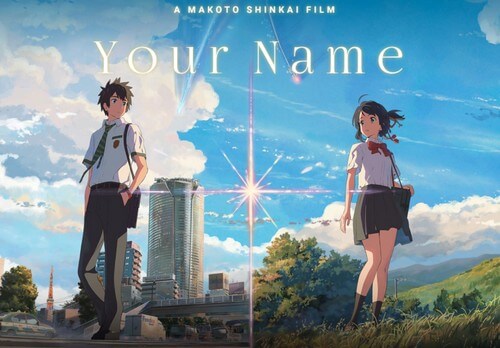 Have you watched Kimi No Na Wa? (Source: Internet)

Anime (アニメ) refers to the Japanese hand-drawn or computer animation (the name “anime” is actually a derived version of the word “animation”). Based on this definition, we can say anime is Japanese cartoon and it has completely unique style unlike the Western cartoon.

At first, anime’s art style took lots of influences from Osamu Tezuka’s work during the 1960s. Then since the 20th century, anime has gradually built up its popularity and nowadays, it is also an international phenomenon like manga. Throughout years, we have seen lots of incredibly famous anime, typically the anime Your Name (or Kimi No Na Wa) which released on April this year and became the highest-grossing anime film with the international gross of $355,298,270.

In big picture, there are two types of anime: anime adaptation and original anime:

To see how an anime is made, check out: How to Make Anime? How an Awesome Anime is Made?

3. Differences between Anime vs Manga

So that we have taken an overview about manga and anime, it’s time to understand the differences between them! 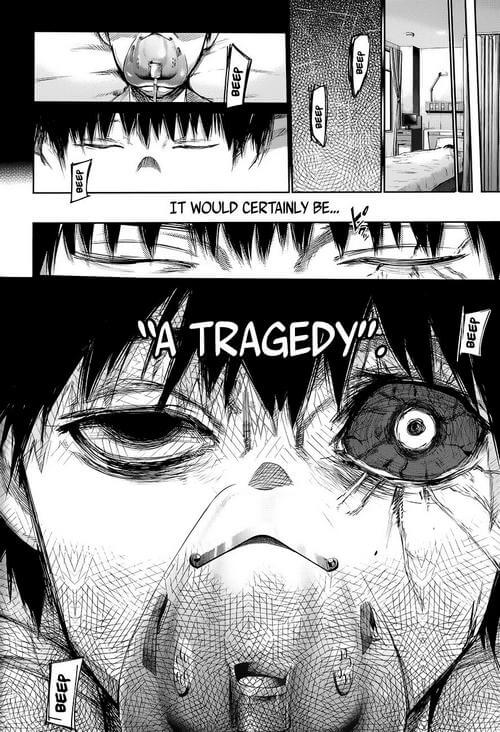 Overall, not much to say about the visual since this one is quite obvious. At first glance, many people may think that anime has better visual than manga. However, this is still mostly subjective since both manga and anime depends on different visual styles. Both of these visual styles can be tremendously impactful, depending on how they are implemented.

For example, manga like Death Note or Bakuman looks extremely good and impactful. Writing on manga allowed the author to give more details on characters, especially the psychological part. Whereas, anime adaptation (Naruto, Bleach, Dragon Ball, and many other shonen anime) tends to simplify the design due to the cost of making anime and TV schedule limit time. On the other hand, original anime can have more details, but they still have certain visual simplification due to cost saving and time limit.

Again, this is a highly subjective matter since manga and anime rely on totally different means of delivering the story. Therefore, comparing them in general term is literally impossible. At best, we can only compare the manga version and anime adaptation of a particular series. Here are several examples: 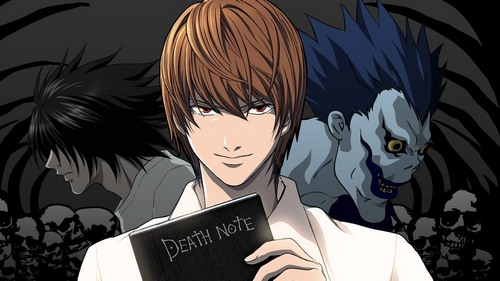 Who do you support: Kira or L? (Source: Internet)

On the other hand, with Naruto, we tend to read the manga rather than watching anime. The animation of Naruto is good, watching our favorite ninjas in combat is a thrilling experience indeed. However, Naruto anime tends to drag the story with fillers and it feels really unnecessary and boring watching them. 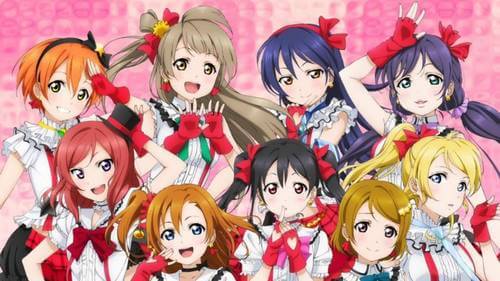 We probably only want see these cute girls on screen. (Source: Internet)

Then finally we have music-based anime and manga like K-On or Love Live. These kinds of music-based story tend to have more impact in the anime rather than the manga. While manga can illustrate the characters in more details, what it sorely lacks is the sound impact. Anime can fulfill this sound part. Like K-On or Love Live, the anime can illustrate these cute characters with attracting colors, and more importantly, the voice acting and actual music. Some comedy-based manga and anime also follows this pattern since many jokes in anime work better than manga thanks to the animation and sound effect.

Some Other Interesting Comparisons 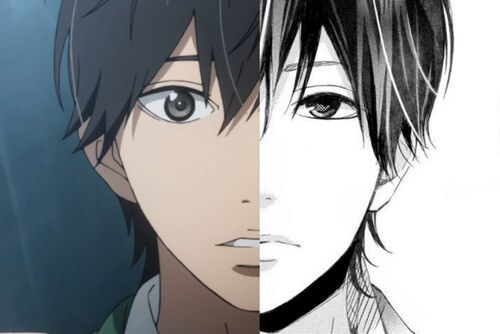 So, manga or anime? (Source: Internet)

Frankly speaking, it is impossible to say which one is superior, anime vs manga. All of the answers for this matter are mostly subjective and fans are more likely to protect what they believe in. Some say anime is superior, but in reality there are certain anime adaptations don’t work well compared to manga (Tokyo Ghoul, we are looking at you!). On the other hand, certain anime adaptation clearly works better than manga like music or comedy-based anime.

Still, what do you think? Feel free to share with us and for now, thank you and stay tune for more news in the future!

3 thoughts on “Anime vs Manga: Which One Is Superior?”