November 26 Update: New 05 Images (Scroll down to end in “Options” Box).
Install this Themes to get HD wallpapers of muscle cars in every new tab. 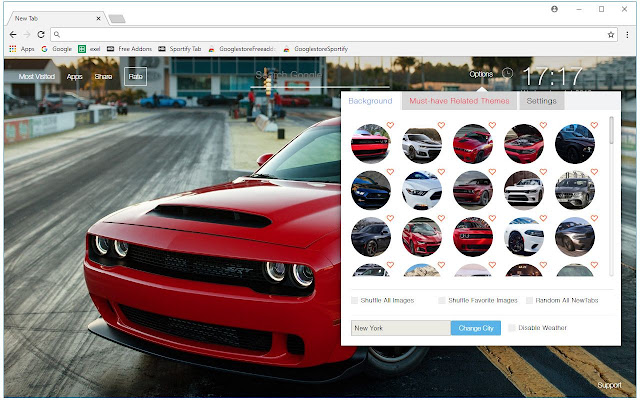 The extension is made by fans, for fans who like cars… Visit our homepage for more HD wallpapers and newtab themes: https://freeaddon.com/ 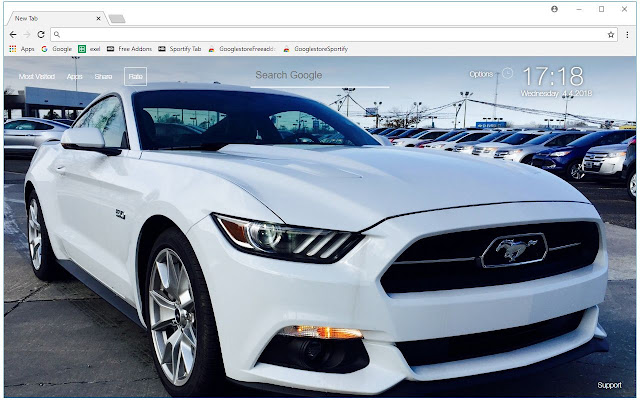 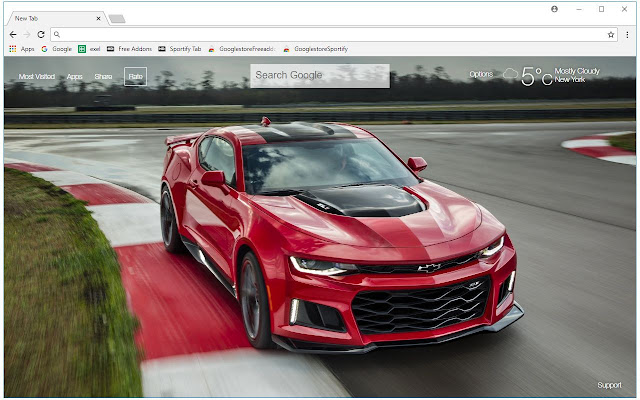 – Muscle car is an American term used to refer to a variety of high-performance automobiles.[1] The Merriam-Webster dictionary defines muscle cars as “any of a group of American-made 2-door sports cars with powerful engines designed for high-performance driving.”[2] A large V8 engine is fitted in a 2-door, rear wheel drive, family-style compact, mid-size or full-size car designed for four or more passengers. Sold at an affordable price, muscle cars are intended for street use and occasional drag racing. They are distinct from two-seat sports cars and expensive 2+2 GTs intended for high-speed touring and road racing. 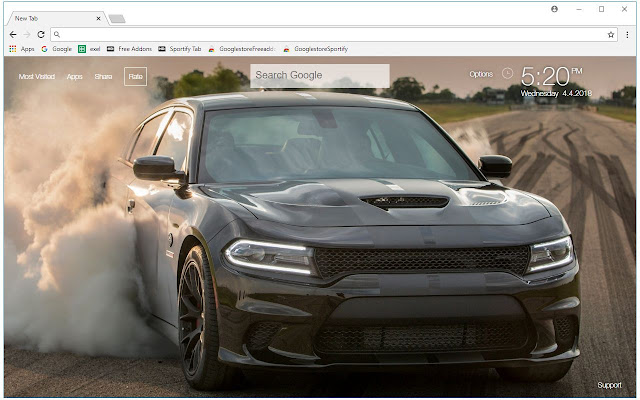 – The 1969 Dodge Charger Daytona was always known for its wickedly massive rear spoiler. But was this absolutely large spoiler for abusively high downforce? No! In fact, the spoiler was so tall because it had to give space for the trunk lid to fully open and close without obstruction. This was a NASCAR regulation at the time.
– The 1976 Pontiac Firebird was famous for its T-Tops roof arrangement, and the closest way to a topless Firebird. The first iterations of this design were done by a company called Hurst, called the Hurst Hatch though they had a leaking issue. This made Pontiac design and build T-Tops of their own and started putting them in the cars midway through 1978. So, in that year some FireBirds had the Hurst Hatch and some Pontiac’s own, and they are recognisable by the Hursts being smaller than Pontiac made Tops.
– The 1969 Pontiac GTO Judge featured in a commercial where a rock band called “Paul Revere and the Raiders” sang a song about the GTO in a lakebed. This was considered to be one of the first ever Rock Music Videos
– “GTO” mean “Gran Turismo Omologato” and yes it was named after the famous Ferrari 250 GTO. The words in Italian mean “Homologated for Grand Touring” which was the case of the GTO Ferraris.
– The 1964 Pontiac GTO was compared with the Ferrari 250 GTO by Car and Driver in the 1964 issue. Pontiac realised that the GTO car was going to be compared with Italian exotics, so they cheated gave the GTO a bit of help and replaced the production 389 engine with a 421 cid “Ringer” GTO. The results were surprising, as the Car and Driver mentioned it had made an honorable battle against the prancing horse. 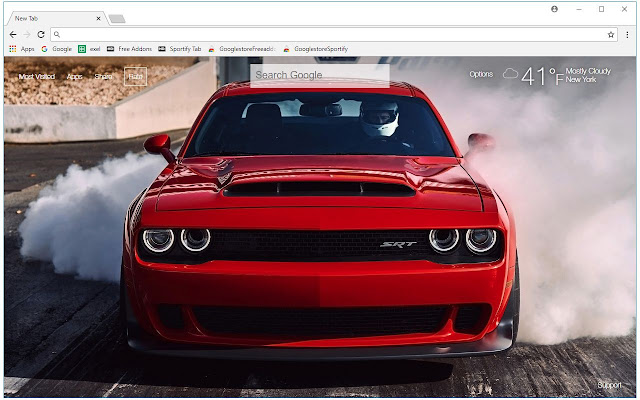