2018 is drawing near and just like usual, this is a good time of the year to sum up all games we have this year. Although we have to agree: 2017 is quite atrocious for AAA gaming industry, overall we still have quite a number of great games this year. It would be a waste if we simply forget them and therefore, let’s see which ones are the top 10 best games of 2017!

*Note: This list is subjective only and it is randomly put. 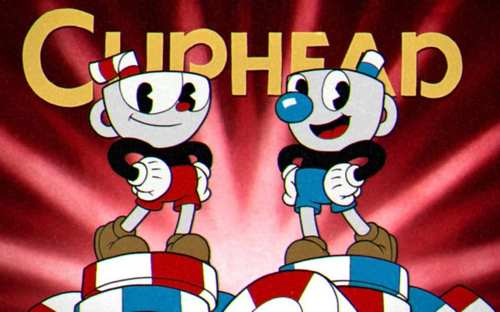 Being “Dark Souls” of 2D world, Cuphead is no joke in terms of difficulty despite its “adorable” 80s-cartoon artstyle. It was created by Studio MDHR and first released on September 29, 2017 for PC. No doubt, the game reaped extreme success (well, it seems lots of people like this kind of “masochistic” game). In short, the game puts players in a series of different boss levels; each boss features totally unique abilities and forms. Putting the difficulty aside, personally we extremely love the game for its “unpredictable” nature. We can never guess what kinds of attacks or forms the boss will take (unless you already watch other players’ walkthrough) and this is actually a huge plus. It really feels like a 80s cartoon as we don’t know what will happen next. The game is frustrating indeed. But once we can get over it and win, the sensation rising within us is undeniably satisfied. Now, we understand that not all of us prefer this sort of masochistic gameplay, yet the fact that tons of players adore this game already proved its worth. 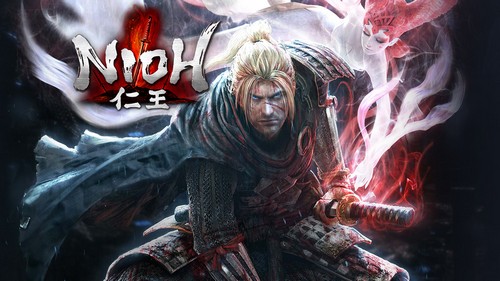 Continuing the “Dark Souls” trend, we have Nioh developed by Team Ninja and first released on February 7, 2017. The game was initially available for PS4 and recently its Nioh Complete Edition is also available on PC. In simple manner, we can say Nioh is like a real-Japanese-history version of Dark Souls; however, Team Ninja has put lots of thought into making Nioh an unique game. The best thing about Nioh is its combat system: It was partly borrowed from Dark Souls combat, yet with more interesting twists. Fighting in Nioh is really fun, especially the boss fights. The settings of ancient Japan with Japanese folklore monsters and creatures are nicely put and it really creates the tension. Downside though, probably the most annoying part of Nioh is its complicated systems. There are so many, many systems in this game in which we often feel confused or forget about. As the results, the menu layout and navigation of the game are also confusing. That said, if you can get along with such issues then Nioh will provide you a great, great joy. 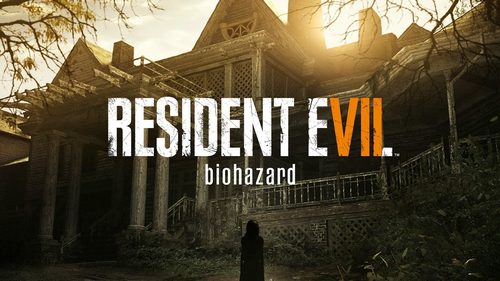 Resident Evil (RE) is a famous survival-horror franchise with long, long history. Unfortunately, the franchise suffered greatly ever since Resident Evil 5 to Resident Evil 6. Its major title RE 6 was criticized by fans due to its lack of true horror element like the old games. Luckily, Resident Evil 7 (RE7), which released on January 24, 2017, is huge return for the entire franchise. The game finally brings back the true horror element with terrifying and nearly unstoppable enemies. Players cannot just shoot their way out like the previous RE5 or RE6. Instead, they have to hide and cleverly find their way out while being hunted down by the crazy members of the Bakers family. Some people may not like the fact that RE7’s protagonist is no longer well-known figure like Leon Kennedy or Chris Redfield. However, we believe this is developers’ intention to give players a sense of insecurity. The main protagonist Ethan Winters is simply a normal citizen who in search of his girlfriend. He is not badass like Leon and Chris and therefore, it gives players more creep when experiencing the game. Overall, Resident Evil 7 is an excellent successor of the franchise and we hope more of this will come in the future. 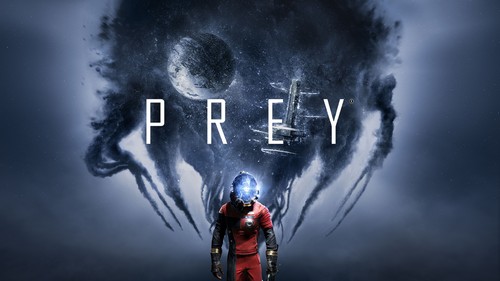 Will you be a hunter? Or a prey? (Source: Intrenet)

Back to 2006, the original Prey developed by Human Head Studios was published by 2K Games and it was positively received back in the day. Years later, players saw Prey 2 trailer at E3 2011 but sadly, the game was cancelled and its concept seemed not to be able to see the light of day. Then in 2016, Bethesda announced a reboot with the same name: Prey, developed by Arkane Studios and released on May 5, 2017. The game has received mostly positive results; however, somehow the game was gradually forgotten in later months. The goal for Prey was to recreate the concept of the legendary game System Shock released in 1994. It features a whole different storyline than the original Prey 2006 and it gives players a wide variety of approaches throughout the game. It also has multiple endings, depending on how players interact with other NPCs and environment. Despite some people who rather prefer the concept from cancelled Prey 2, Prey 2017 is still a great game in its own right. 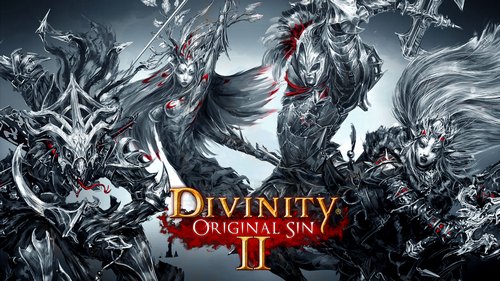 Even though 2017 is not exactly a good year for W-RPG games, turned out we have an awesome indie game, an outstanding sequel of the old Divinity Original Sin: Divinity Original Sin 2. The game developed by Larian Studios and was released on September 14, 2017. Needless to say, it is huge success ever since its prequel released in 2014 and it truly “saved” the RPG enthusiasts this year. It brings the formula from the old pen-&-paper RPG board game to the screen with interesting storytelling, extensive world interactions and freedom. In Divinity Original Sin 2, players have plenty of options of how to progress throughout the game and every single choice does matter. Players can enjoy the experience of a solo character, or a team like Dragon Age Origins. Players can also co-op with each other from 2 to even 4 players co-op experience. It would be best to experience the game by ourselves, and personally, we think it is worthy of being among the best RPGs of all time. 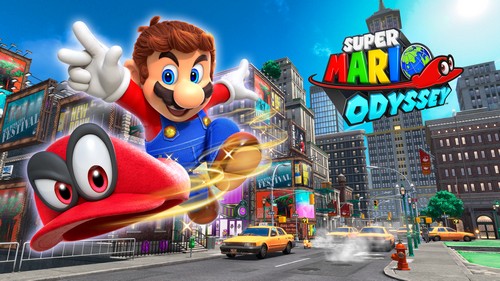 If you are Nintendo players, you will probably be happy with this year since 2017 is huge success for Nintendo. Among the great games for Nintendo this year we have Super Mario Odyssey released on October 27, 2017 for Nintendo Switch. Of course, Super Mario Odyssey still includes what we like in a Super Mario games. But here, there are even more fun to it: Instead of the good ol’ Mushroom Kingdom, Mario goes on an adventure to whole new locations this time. The shining point is that there are tons of things to do in every corner. There are always things and goals to do to keep us interested. Not only that, it includes a handy amount of innovations which are definitely welcomed. Overall, it gives us more reason to get a Nintendo Switch, doesn’t it? 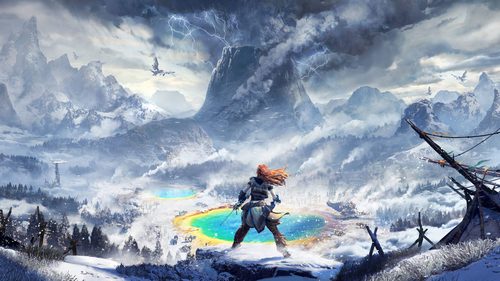 When we talk about Guerrilla Games, we will mostly remember its prime franchise Killzone. However, this year they have given us a whole new surprise with Horizon Zero Dawn. The game was first released on February 28, 2017 and it received ton of positive reviews from players and critics alike. It also has the most nominations in The Game Awards 2017, which pretty much tells us how popular this game is. Instead of wartime like Killzone, Horizon Zero Dawn puts us in a beautiful nomadic world in the future where the old civilizations got extinct due to technology. Human still lives in this world, yet this new generation lives in tribal manner like the ancient time. They still hunts like the ancient time, yet, the things they hunt are the robots created by extinct civilization. The best thing we love about the game is its interesting storyline and especially the world Guerrilla Games built for us. Overall, we definitely recommend this game and even if you have completed it, its expansion The Frozen Wilds released on November 7, 2017 will give you tons more decent time with its world.

Now we come to the famous Nier Automata which has created a tremendous “robotic-waifu” fanbase. But putting that weird… “fetish” aside, the game is incredible and it actually has more depths than what it may look at first glance. Like Horizon Zero Dawn, the game features a post-apocalyptic world where human civilization was destroyed by robots. And to reclaim the world, human has created an android force named Yorha to battle against the robots ruling over the planet. Players get to play as 3 following characters: 2B, 9S, and A2 in their journey of the desolated land and discover the true secrets of everything happening surround them. The game features lots of endings, some are “happy”, while other can be… disturbing. Unfortunately, Nier Automata was not really that popular despite its huge success. Such a great game should not be forgotten and that’s why it deserves to be on this list. And hey, even if you are not fond of the game, we recommend checking out its soundtrack. There is a good reason why Nier Automata got the Best Music from Best Games Award 2017. 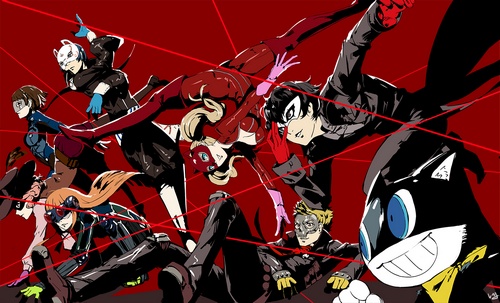 Frankly speaking, not all of us are familiar with J-RPGs. But for those who love J-RPG, 2017 is no doubt a good year for them especially when we have the long-awaited Persona 5 released worldwide on April 4, 2017. The fact that it got Best Role Playing Game from Best Games Award 2017 already gives us a good idea of how well-received this game is. Just like previous Persona games, Persona 5 follows a RPG-Social-Sim hybrid style and it features extremely well-written storyline, along with incredible gameplay which Persona fans love. Of course, the game does feel linear (just like many J-RPG anyway) but it can still put you into a good amount of over 100 hours of gameplay. It gave us lots of emotional experiences, which is totally a good thing in every RPG game. If you love Persona franchise, it’s hard to go wrong with Persona 5. Like come on! The developers already nailed it right at the beginning with its awesome intro song.

The Legend of Zelda Breath of the Wild 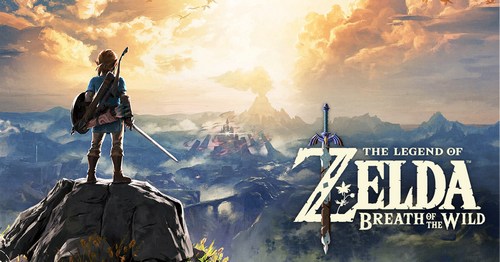 Enjoy the incredible world of Breath of the Wild! (Source: Internet)

Don’t agree with our list? Feel free to share with us and for now, thank you and stay tune for more news in the future!