Last time, we have taken a look at the top 10 best games of 2017. These games are no doubt incredible in their own right. However, besides these excellent ones, 2017 is also a disastrous year for many games, including great titles. Therefore, it is time to check out the most disappointing games of 2017! So with no further ado, let’s find out!

*Note: This list is subjective only and all the games are put in random. Also, let’s be clear that these games are not totally bad games; however, they leave so many things to be desire. 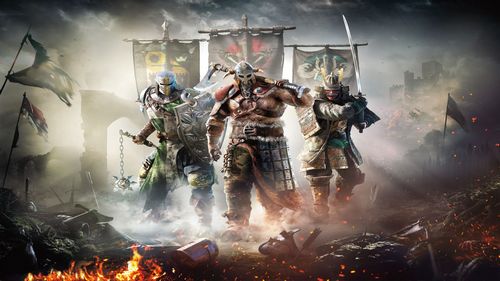 Not exactly “for honor” isn’t it? (Source: Internet)

This supposedly revolutionary fighting game was developed by Ubisoft and first released on February 14, 2017. The basic idea of the game is to put players into a battlefield of 3 factions: Vikings, Samurai, and Knights. Each faction features various Warriors with unique strengths and abilities to choose from. The most interesting part about For Honor’s gameplay lies in its very own combat system. Its combat system depends on 3 different “stances” and these stances have kind of Rock, Paper, Scissors relationship.

At first, the game proved to be pretty intriguing due to its unique combat. However, it soon shows various problems like character imbalance and gear imbalance. Its main campaign story is also mediocre at best, besides being good introductory for new players. In addition, the game suffers heavily from repetitive gameplay, thus resulting in dramatic reduction in player base. It has lost tons of players ever since its first launch. Not to mention that the game already had serious connection problem right at the first days. In the end, For Honor is an interesting game with interesting concept. But such concept could not save the game from being forgotten in the annex of time. 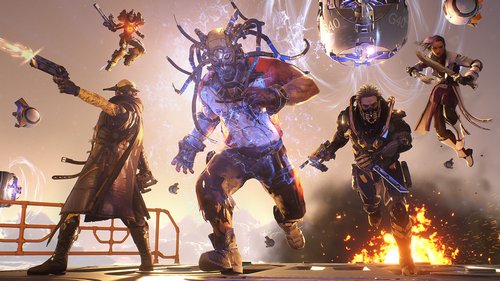 Is it too late for LawBreakers? (Source: Internet)

LawBreakers is another example of an interesting game with interesting concept. Yet, unfortunately it could not maintain its reputation as time passed. Eventually, the game was pretty much forgotten and at the moment, not many players are playing this game, which is a fatal problem for an online-shooter like LawBreakers. In concept, LawBreakers is a fascinating FPS-battle-arena with no gravity rules. Basically, players and shoot each other from every corners, both vertical and horizontal space. As the result, the game is quite fun when there is literally no limitation in movements.

That said, in reality, this concept was not delivered as good as developers wanted to. Specifically, the game featured 9 classes; each had 2 characters. The problem was each character was so… bland. They did not have any distinct characteristics and therefore, it was hard to tell which characters players were shooting or choosing. Maps were also a big problem for LawBreakers. They could be suitable for certain game modes, but they could also be atrocious for other modes. And even weirder, players could not choose which modes they want for matchmaking. This might not sound much of a deal at first. But in such a game like LawBreakers, this pushed players into a confused state which was highly infuriating. In the end, despite its fascinating concept, the game was quickly forgotten. Although the game may not be as problematic as it once was, it was already too late for the game as player base reduced tremendously. 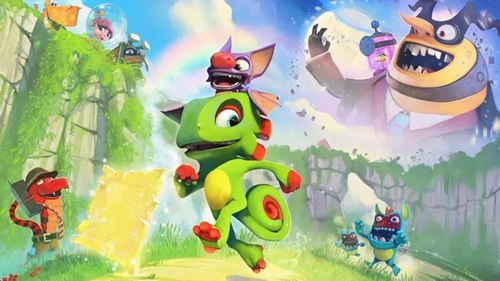 You might have not heard of this game, and we understand that. Yooka-Laylee was developed by Playtonic Games and it was meant to capture the essence of the legendary Banjo-Kazooie games. To some extent, the game did succeed in some of that like adorable characters or bright, colorful visual design. However, that was as far as Yooka-Laylee could go. Despite its effort, it seemed that Yooka-Laylee pushed the old concepts a bit too far. Instead of taking old concepts as inspiration for new innovation, the game was like a pushover replica of the history. Furthermore, it has annoying problems with camera, clunky control, and uninspiring levels. Yooka-Laylee is probably the example when sometimes we have to let go the old things if we want to move on. 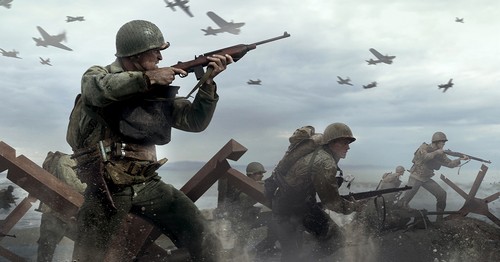 “Another year, another Call of Duty.” (Source: Internet)

Okay, this may irritate certain players but from our views (and also many other gamers and reviewers), Call of Duty WW2 is not as excellent as people may claim. This year Call of Duty was an effort of bringing the glory from the old days, a so called “Boots on the Ground” experience. That said; what finally came out was only above average at best. In Call of Duty WW2, we didn’t see any particular innovations from the singleplayer campaign to multiplayer.

From young gamers’ perspective, the game might feel incredible. But for us who have stuck with CoD franchise since the first Call of Duty back in 2003, Call of Duty WW2 was only a safe move from Activision. Not only that, the loot boxes system (which they called them as “Supply Drops” in-game) put quite a bad taste in our mouth. This sort of loot boxes system felt really manipulative when they let other players to watch a person opening these boxes. It even made us more cautious when 2017 was already a “Year of the Loot Boxes” where tons of games try to lure players into microtransaction. In general, Call of Duty WW2 is not a bad game. Yet, it is definitely not the best Activision can give us. It does not give us something truly new and the implementations of loot boxes only make us feel worst about the game. 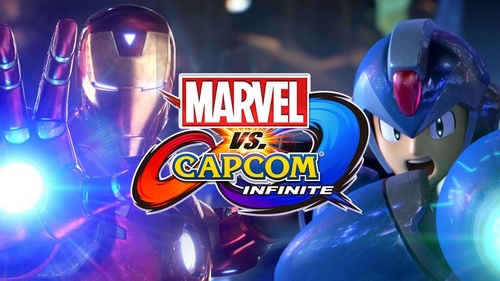 Marvel vs Capcom Infinite is a questionable title this year, it is like: “Why did Capcom release this in the first place?” Frankly speaking, the game is mediocre at best and its best feature is probably its combat gameplay. Combat in Marvel vs Capcom Infinite feels kind of more simplistic than its previous titles. This is not necessary a bad thing, at least from our perspective since it allows both old and new players quickly getting used to the game. However, as we said, the game is questionable in every other aspect. It seems like Capcom didn’t want to make this sequel seriously: the story is uninspiring, questionable characters roster, lack-behind graphic, and more… Overall, the game was not extremely forgettable, especially in this year with the release of the highly praised Injustice 2. 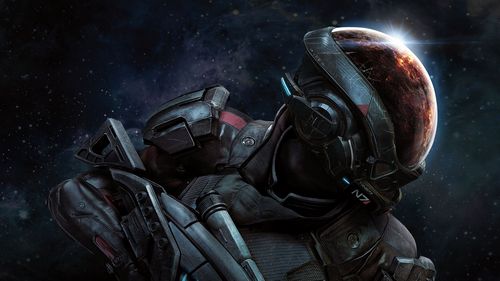 If only it had time to polish… (Source: Internet) 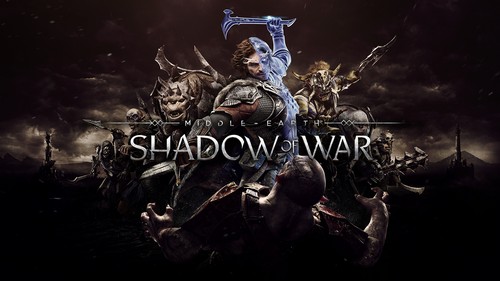 If you have heard of Shadow of War, you probably have known its huge controversy. Middle-earth Shadow of War is a sequel to the excellent Middle-earth Shadow of Mordor in 2014. And naturally, fans expect a lot from this new title. Turned out, Shadow of War is good game, but it is tainted by the controversial loot boxes. Now, the game is really good: its gameplay is quite good with the enhanced Nemesis system and well-portrayed Uruks’ personalities. Some RPG elements like gears and level systems are also a welcomed addition. That said, the story of Shadow of War is a bit… letdown from our perspective, but it’s not really a big problem. On the other hand, the loot boxes system is extreme issue for this game. In such a singleplayer, story-driven game, such loot boxes implementation is highly unacceptable. Now, some of us may argue that this system does not affect the game much. However, we see that this loot boxes system makes the game extremely grindy, especially in later progression. Such excessive grinding feels really unnerving. Moreover, if you want to get the True Ending after finishing the main storyline, you have to go through all the grindings again. As the result, we believe that Shadow of War could have been an outstanding game if not for its loot boxes controversy. 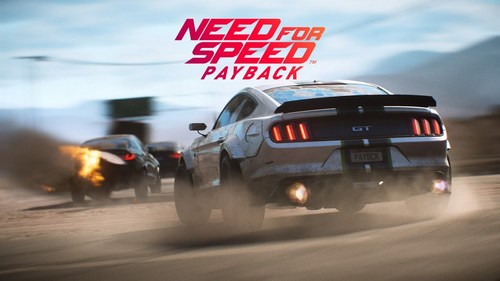 Ever since Need for Speed Underground 2 in 2004 and Need for Speed Most Wanted in 2005, the Need for Speed franchise has gone down quite badly throughout all these years. And this year Need for Speed Payback was meant to revive this franchise and bring its back to glory. But again, such hope did not come true. In terms of visual, Need for Speed Payback definitely looks stunning. In terms of driving experience, it is also quite well-delivered. But other than that, Need for Speed Payback is another questionable design decision from EA. Its campaign storyline is rather forgettable and its characters are uninspiring. But such issue is not as infuriating as the loot-box-style system in terms of Speed Cards. Instead of customizing our cars with different parts, instead we have a questionable Speed Cards upgrade for the cars, which is of course random. This sort of system totally damaged the game’s progression since upgrades do not feel meaningful anymore. Some people may be fine with it, but for the rest of us, we do not sure such implementation is healthy for gaming. 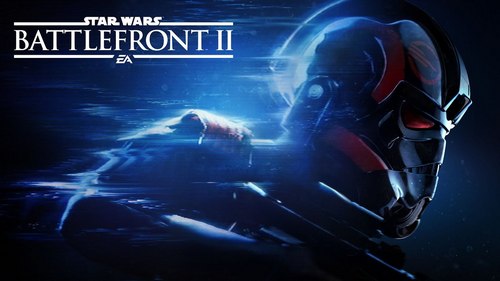 “The most controversial game of 2017” (Source: Internet)

This is highly the most controversial game of 2017. Star Wars Battlefront 2 has suffered from huge fiasco even before release and most players only remember it as a huge disappointment. Frankly speaking, everything about this game is only average at best (except for the visual). Its main campaign storyline is questionable and extremely short. Its gunplay is not that bad, but when we consider EA and DICE’s decision of putting in loot boxes, progression is truly a pain. Some people may argue that Star Wars Battlefront 2 is not a bad game. However, we cannot deny that the majority of players are not happy with this with its current state. The game has already suffered from extremely bad reputation. Whether it can survive? Only time will tell. 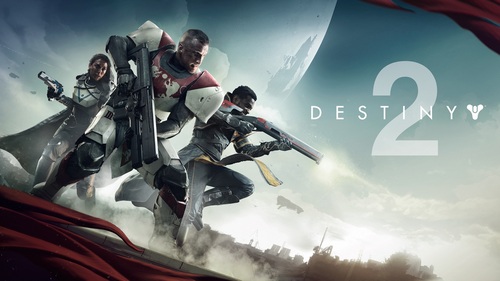 It is walking a dangerous path… (Source: Internet)

Certain gamers may not agree with us on this one but based on our experience, we feel sorry to say that Destiny 2 is not what we are looking for. Despite being able to polish its awesome gunplay, the game feels average at best – which is totally not a healthy thing for a sequel. Frankly speaking, the current state of Destiny 2 is no different than the original Destiny first released on 2014. After 3 years, Destiny actually changed itself with various content updates and DLCs. But somehow, this new Destiny 2 managed to “forget” all of those contents from the original Destiny. Its main story campaign is arguably short and easy, there is nothing truly inspiring here. In terms of progression, after hitting max level, the game gradually feel boring due to lack of content and especially excessive grindy characteristic. Even the recent expansion Curse of Osiris is rather disappointing, even for many Destiny 2 fans. Perhaps the most disappointing things about Destiny 2 are its recent fiascos, including the rigged EXP, Curse of Osiris content lock, and the Dawning event’s loot boxes. Destiny 2 is walking a very dangerous path here with all these fiascos. And unless Bungie and Activision do some meaningful changes, we doubt that this game can survive long as what Bungie and Activision expected.

And that’s it folks! Don’t agree with our list? Feel free to share with us your opinions and for now, thank you and stay tune for more news in the future!