Marvel and DC Comics are the two most famous publishers in this comic industry and no doubt, each has their own superheroes favored by many fans. As always, fans want to see who’s the stronger: superheroes from Marvel? Or superheroes from DC Comics? Of course comparing these heroes is mostly suggestive, but still, doing these comparisons is fun. And so this time, we have a battle between the world’s smartest men: Batman vs Iron Man! Who Would Win?

Batman vs Iron Man has always been a debate for years. Definitely we want to see them in combat and see who would emerge victorious. But before that, first let’s take a look at their profile and their abilities shall we? 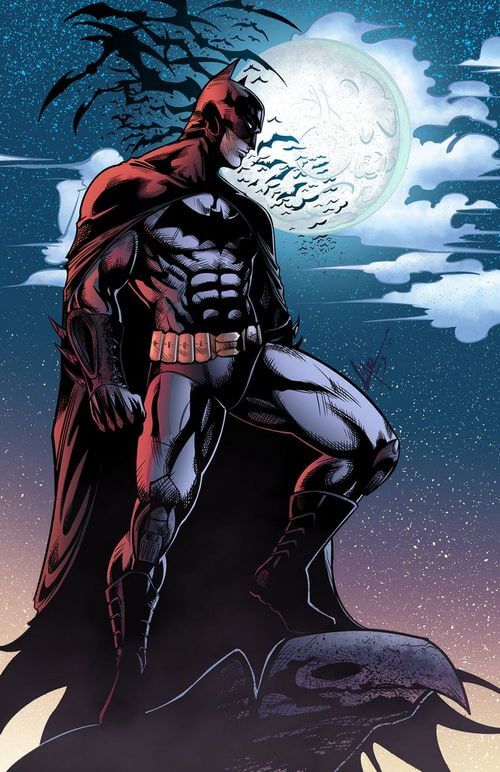 Everyone knows Batman, the world’s greatest detective, the Dark Knight, and of course, one of the main pillars in Justice League. Batman made his first appearance in Detective Comics #567 in 1986 and gradually, he has become one of the most famous superheroes nowadays.

Batman’s real name is Bruce Wayne, a billionaire industrialist and a playboy who controls the enormous Wayne Enterprises. When he was a young child, he had to witness his parents killed by the criminal Joe Chill. Ever since, he shared a deep vendetta against criminals and he swore to protect Gotham City with hope to prevent citizens from suffering the same thing as him.

Despite being a mortal, Bruce Wayne/Batman has reached the limit of humankind. He possesses the peak-human conditions and as a seasoned fighter, Bruce has also mastered all the martial arts in the world, including even ninjutsu.

Finally, which is also the most important; Bruce’s intelligence is in genius level. His intelligent level is so astounding that he has learned tons of knowledge from Biology, Technology, Mathematics, and Physics to Forensic Sciences, Medical Sciences, and Computer Sciences. And with all of these feats, Bruce Wayne is indeed the world’s greatest mortal to date.

Bruce Wayne is exceptional in analyzing and planning for different situations. That said; he also had problem with trust as he often thinks of various potential threats, including even his own friends. The most typical example for both his intelligence and his trust issue is the Towel of Babel event in Justice League of America. In this event, it showed that Batman has even planned detail ways to defeat every single member of Justice League in case these superheroes would turn to evil. 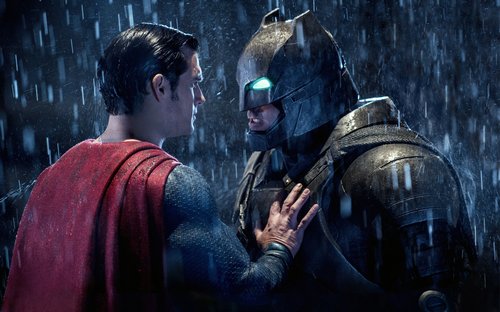 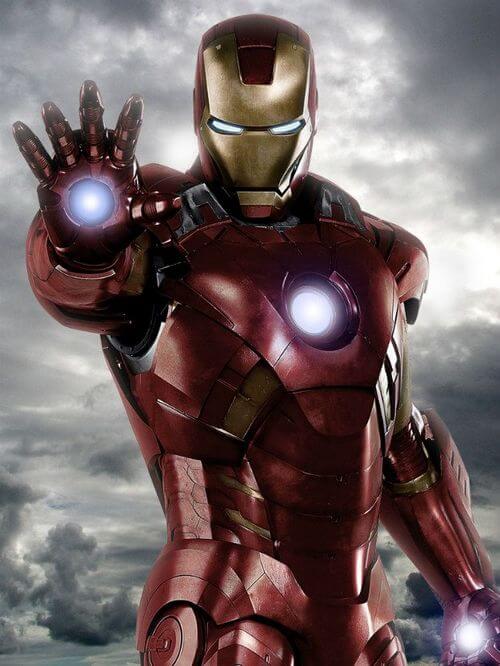 The man in advanced robot suit and also the man who is famous with the “Take that off and what are you?” meme, let’s welcome: Anthony Stark, or Tony Stark! Tony Stark is one of the most famous Marvel characters to date. And of course, this character is even more famous in the world by Robert Downey Jr.

Tony is the owner of Stark Industries and unlike many superheroes; Tony doesn’t have any problem in showing his true identity. Of course, he is also a genius industrialist millionaire, and a famous playboy. Before taking the name Iron Man, he got a heart injury and he had to live with Core Reactor within him. He was captured by terrorists and forced to build a super weapon. Yet instead, he built the very first Iron Man model to escape and eventually, becomes a superhero.

Without Iron Man suit, Tony is pretty much a mere mortal with average mortal physical strength. However, his genius intelligence is what matters most as he can invent various machines, especially the infamous Iron Man suits. Tony Stark has created various powerful suits that he can even defeat the Phoenix Force. 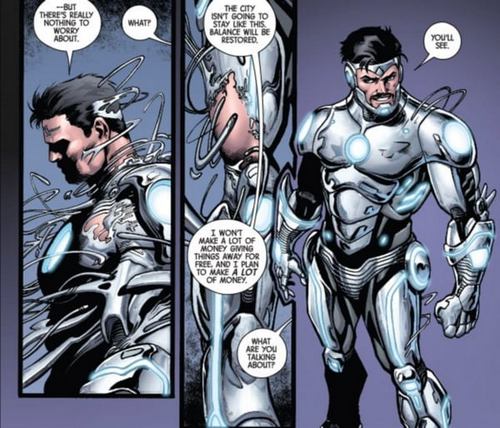 3. Batman vs Iron Man: Who Would Win? 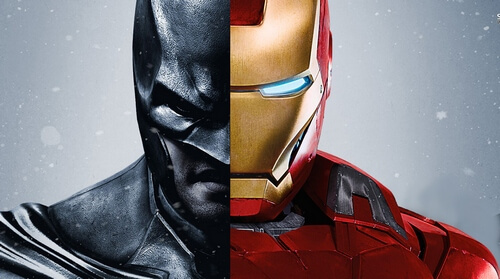 Batman vs Iron Man, who would win? (Source: Internet)

Many fans have analyzed this battle and so far, the “win rate” between Batman and Iron Man is pretty close. That said; currently it seems the winning side is leaning towards Batman. Here we will sum up the most popular analysis and why do they think their favorite heroes will win. In this case, we will consider these two characters in their peak power, including the parallel Universes and all the storylines. 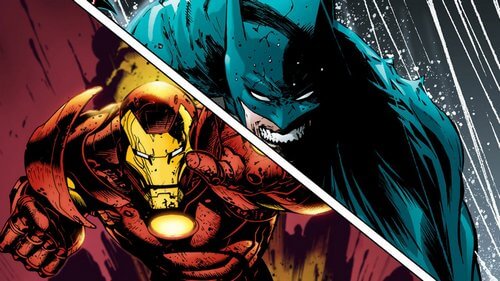 In most debates, it seems even Batman fans have to agree that Iron Man will win in an unexpected fight. The main argument from Iron Man side is that Iron Man’s suit already gives Tony superpower. On the other hand, Batman normally wears the regular Batsuit and equipment. The standard Bat-equipment and Bruce’s martial arts are surely not enough to give Iron Man a scratch. And of course, Iron Man easily wins the day.

Batman vs Iron Man, a Battle of Armors In another circumstances, what if Batman fought Iron Man with his most powerful suit in the comic: Hellbat Suit? According to the comic, Hellbat Suit is created by the Justice League for Batman so that Batman can fight in extreme condition (he even fought Darkseid). Basically, Hellbat Suit tremendously increases Batman’s physical conditions to Superman’s level. But such a powerful suit also comes with a major drawback: it drains Batman’s metabolism. If Bruce used this suit for too long, high chance Bruce’s life will be drained to death. So how fair if it fights with other powerful Iron Man suits? 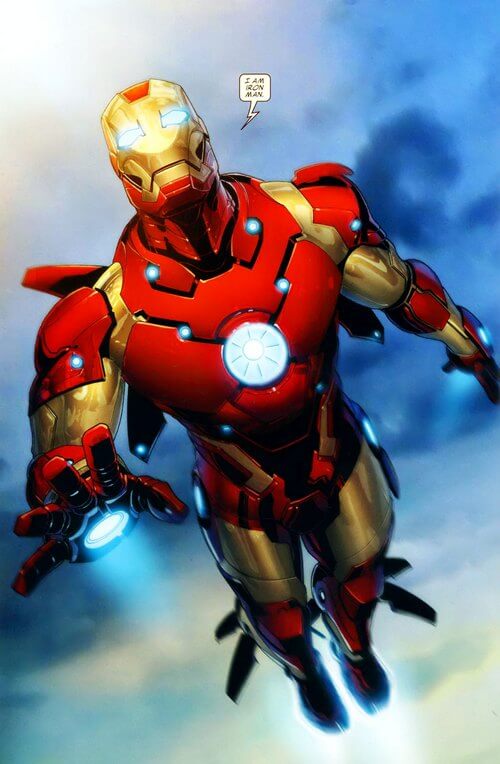 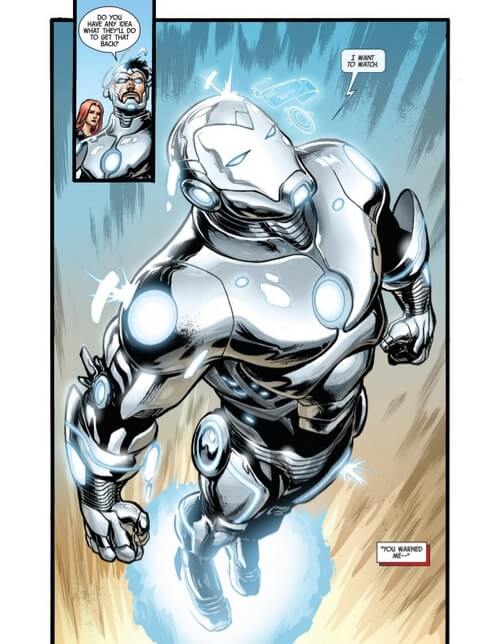 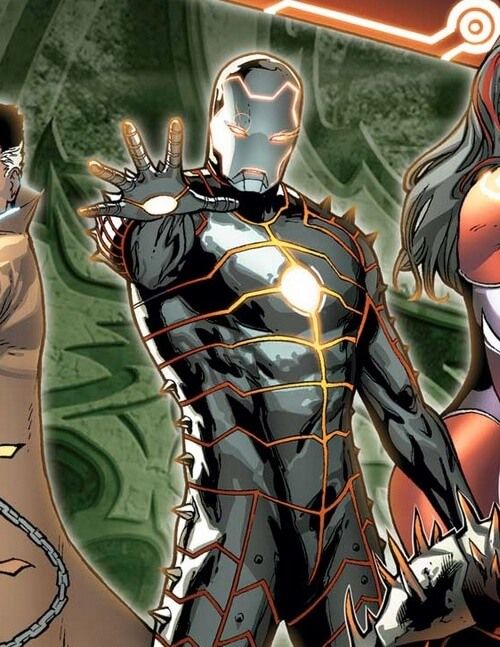 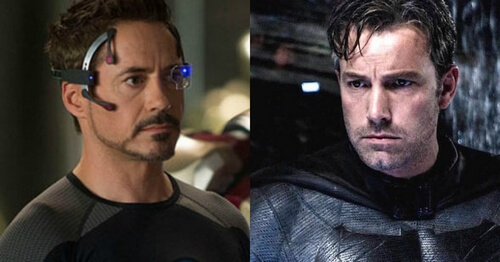 How can Tony win without his suit? (Source: Internet)

Well… there is no debate about this matter. If Tony Stark has to fight without his Iron Man suits, he will 100% get beaten by Bruce Wayne. While Tony is a master of armors, he is pretty much a mortal in term of mortal strength. On the contrary, Bruce Wayne is a master martial artist and of course, how can a normal human can defeat an experienced martial artist?

Bruce Wayne vs Tony Stark, a Battle of Minds 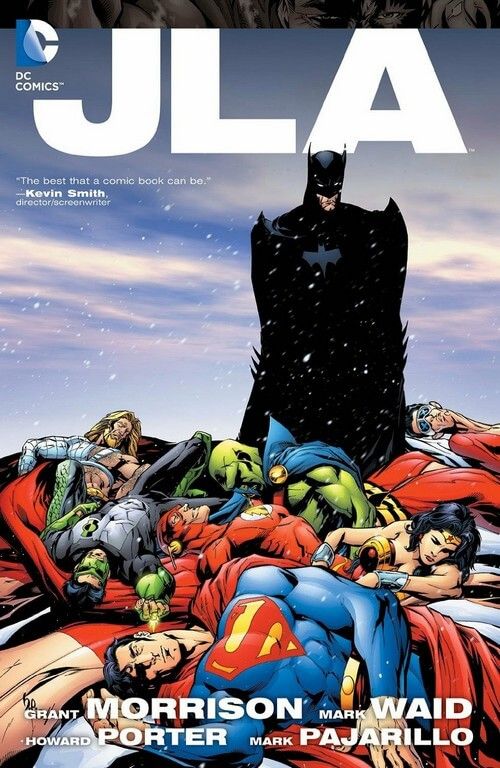 Now this is an interesting scenario. Let’s suppose that Batman and Iron Man have already known each other. Who will win?

In equal terms, both Bruce Wayne and Tony Stark possess genius intellect level. Bruce Wayne is known to be versatile in almost all subjects, while Tony Stark is adept at computers, technologies, and cybernetic inventions.

Fans who vote for Bruce Wayne often takes the “I’m Batman” factor as the main reason why Bruce will win given that he has time to prepare. Batman has always been known as the man of extreme cautious. He always plans far ahead in order to prevent any possible disasters. In JLA Tower of Babel, it revealed that Batman even planned detail plan to defeat every single member of Justice League in case they are corrupted. With such a “feat”, Batman fans believe that he can easily come up with plan to defeat Tony Stark.

On the other hand, Iron Man fans also believe that Tony Stark is also a genius like Bruce. Surely, Tony would also research about Bruce Wayne and forge an armor suitable for defeating Batman.

Of course, it is still hard to say who will win given time to know each other. However, it seems the number of people voting for Bruce is higher than Tony’s.

And that’s it folk! What do you think? Batman vs Iron Man, who would be the winner? Feel free to share with us and for now, thank you and stay tune for more news in the future!

One thought on “The Battle Between World’s Smartest Men: Batman vs Iron Man!”