In the world of sports cars, supercars, Bugatti Veyron and Bugatti Chiron are definitely among the most outrageous beasts to date. But if you ever think that they are the two ultimate Bugatti, ready to think again because the latest Bugatti monster – Bugatti Divo has just arrived! So what this new Bugatti is about? Let’s find out! 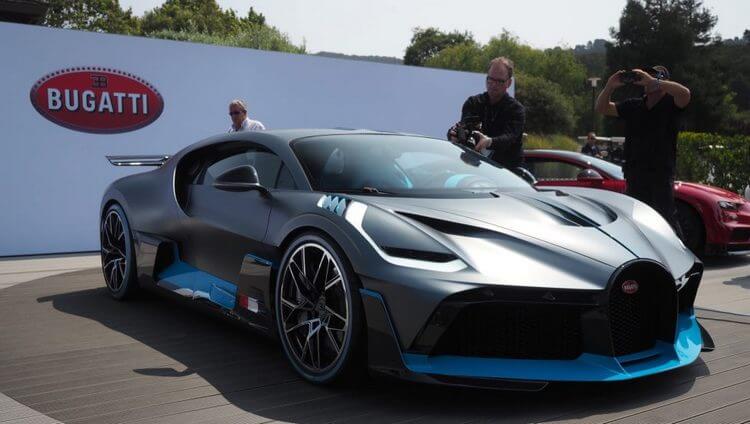 Bugatti Divo is the brand new Bugatti track monster which was just introduced recently in The Quail 2018. Its namesake is dedicated to the famous driver Albert Divo. He joined Bugatti in 1928 and claimed the legendary Targa Florio in Sicilly with a Bugatti Type 35, and then achieved the same feat in the next year.

Back to 2011, the Bugatti Veyron was focused more on straight-line speed. Then the Bugatti Chiron came along with more balanced especially in terms of handling. While the Chiron is outstanding indeed, Bugatti has clearly seen its limitation and thrived to create something even better. The result of such incredible effort is the latest insane speedster Bugatti Divo, a seemingly slower car than the Chiron, yet much, much more powerful on track. So what did Bugatti do with the Divo exactly? 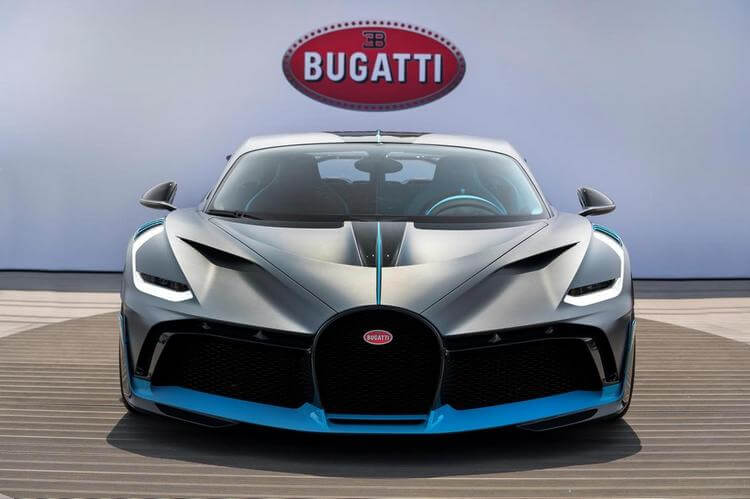 Just take a look at this wild ride and you will see there are huge differences in terms of exterior design between the Chiron and the Divo, both front and rear.

For starters, there are still several recognizable Bugatti’s traits like the iconic front along with the horse grill, the NACA roof, and that Bugatti-style line on the side profiles. But other than those, the Divo underwent tons of radical changes. To certain extent, we can say the Divo used the base from its predecessor Chiron, yet built with totally unique design to the Divo. The Divo has a more elegant styling on top, while more aggressive and aero-focused lower down. 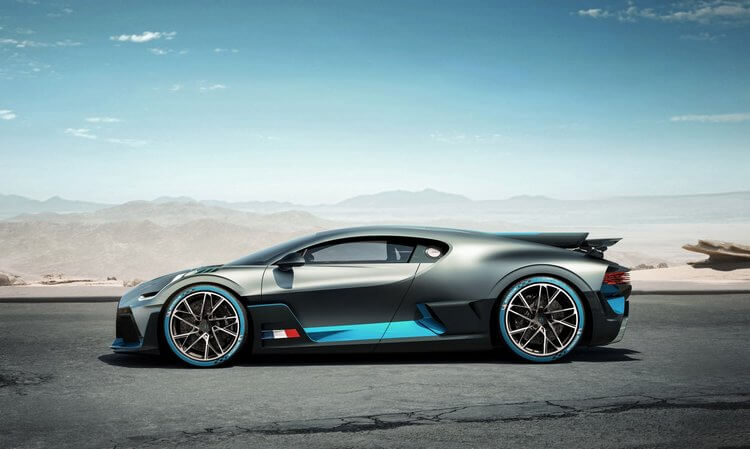 On the front, there are lots of different things than the Chiron, notably the curve-shaped headlights, bigger front splitter which increases the downforce and direct airs to the radiators. There are also huge front air intake which further enhances aero efficiency and cooling performance. Looking on the roof, we can also spot the NACA duct which keeps the air cooling the engine, and directs it all way down to the massive hydraulic rear wing, ultimately provides higher efficiency and delivering necessary downforce. 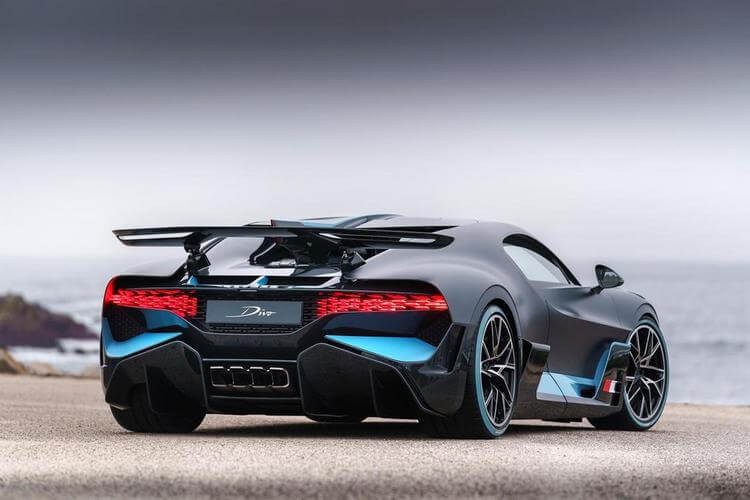 Back to the front, the air flow is also led around both sides, and at the same time, the vents behind the wheel arches also help to reduce pressure. Coming to the rear, again we can spot the massive hydraulic rear wing which is positioned higher and wider. In addition, there is the single-central wing which splits the air and keeps it more streamline. Here we also have bigger diffuser and visual-wise, those new tail-lights look so awesome! 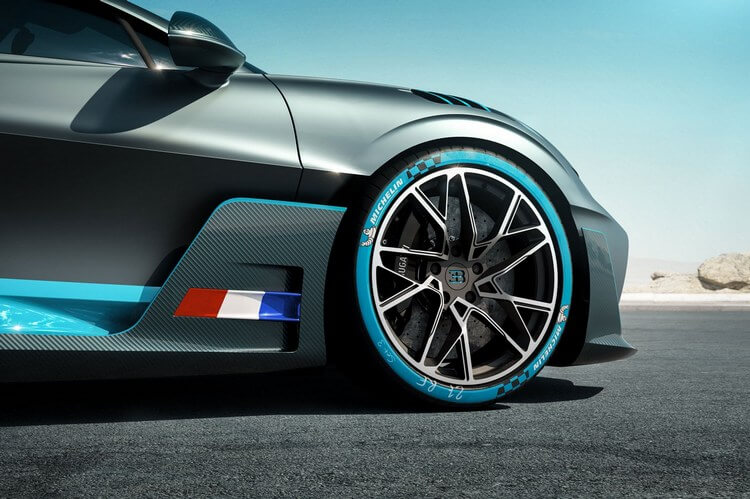 The Bugatti Divo features more carbon-fibre. And with all the enhancements mentioned above, the Divo is 30kg (or 77lbs) lighter and it can both generate 1000lbs of downforce, which is about 200lbs higher than the Chiron, and gain more agility for cornering.

Unfortunately, Divo’s interior design is not that much different than its predecessor. It seems Bugatti aimed to focus more on the exterior design; however, that does not mean the Divo’s interior is a let-down either. In short, if you fell in love with the luxurious, exotic interior from the Chiron, you will definitely feel the same from the Divo’s, especially with even more Alcantara and the sweet Divo blue color. 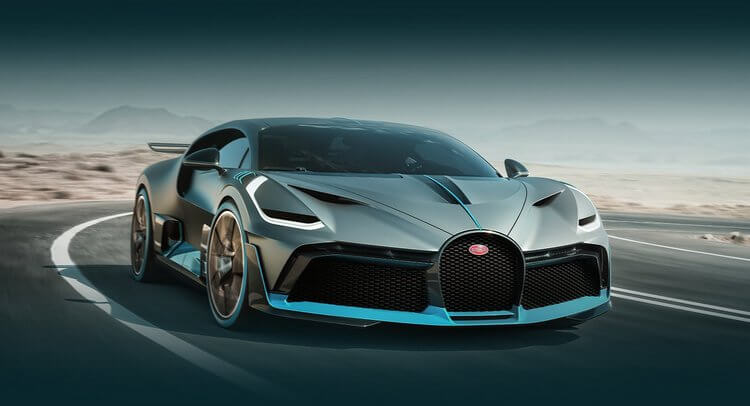 Slower? Not quite! (Source: Internet)

After all such radical exterior changes, what changed in terms of power and performance?

Well, at the heart of this beast we still have insane 8-litre quad-turbo W-16 engine which has been featured in the Veyron and the Chiron. With 1478 horsepower in hand, the Divo can hit the max speed of 236 mph, which is actually 25 mph lower than the Chiron. However, we can expect the Divo’s acceleration to be at least no less than the Chiron although Bugatti has not revealed its 0-60 mph record. But, but the surprising point here is: The Divo is recorded to finish the Nardo track in less than 8 sec than the Chiron. Despite of lacking further demonstration for the Bugatti Divo, we can expect extreme performance from this monster, particularly its insane agility and cornering capability. 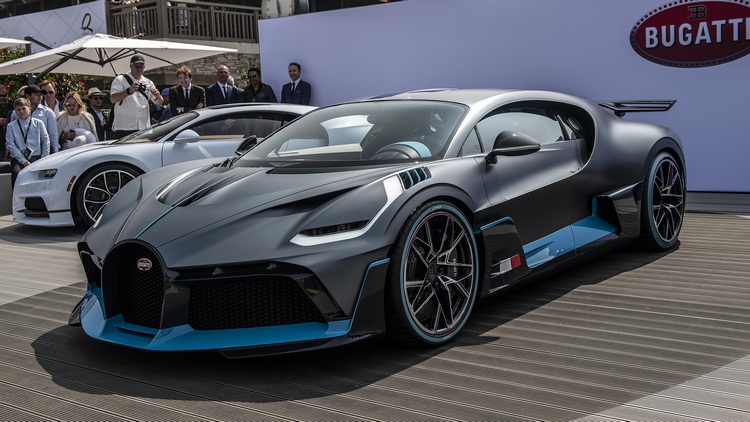 What do you think about the Divo? (Source: Internet)

So when will the Bugatti Divo will come out then? Soon, probably? But sadly, there are only 40 units built and all of them were sold out. Not only that, the car already costs a fortune, $5.8 million to be exact, and you have to already own a Chiron if you want to get into the waiting line.

Extremely expensive? Yes! Will it worth it! Absolutely! But what do you think about the Bugatti Divo? Feel free to share with us and for now, thank you and stay tune for more news in the future!