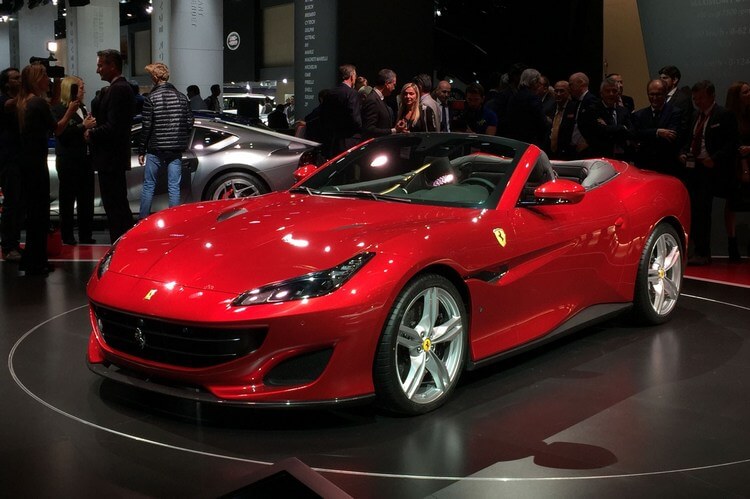 Back to the day, the California was quite an important line of Ferrari starting from 2008. It marked a number of first times for Ferrari like Ferrari’s first V8 front-mounted engine or the first time a Ferrari featuring a 7-speed dual-clutch transmission. And then in 2014, Ferrari continued the line with the California T which came with lots of improvements over the California.

No doubt, Ferrari California and then Ferrari California T has been great successes for Ferrari. However as the California line showed the sign of aging despite the California T’s 3 years lifespan, Ferrari considered replacing this majestic line. And as we know, the new Ferrari Portofino is destined to continue what’s left by the old California. The Portofino was first introduced on September 7 and 8, 2017 at the village of Portofino, Italy. Later on, it was also shown during the Ferrari 70th Anniversary on September 9 and 10, and then in 2017 Frankfurt Motor Show from September 14 to 24.

By the look of it, Ferrari Portofino does not seem to have as much new innovations as the California T in 2014. That said, the Portofino still surely looks great and we can expect lots of good things from this new Ferrari grand tourer. From the front… (Source: Internet)

In general, Ferrari Portifino’s appearance design follows similar style as the old California T, yet with a number of twists. The Portofino looks a bit wider and longer than the California T. Also, it gets more aggressive and sleeker design like the aggressive fascia and the wide lower air intake, and also it has more muscular styling with the large rear haunches. And of course, let’s not forget the retractable hardtop which goes nicely with the car’s lines, giving it better proportions than its California T predecessor. In addition, we can expect extensive aerodynamic enhancements for the Portofino’s exterior; however, we will have to wait until its official release to see more details. 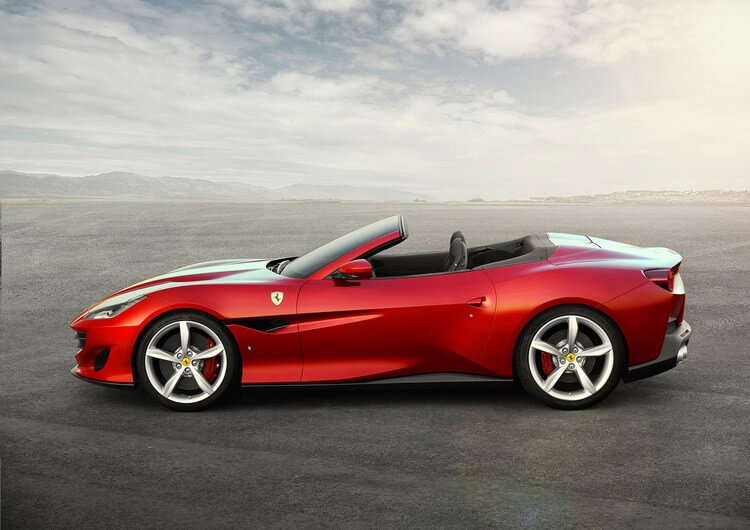 Coming along with better aggressive design is the brand new chassis with higher rigidity and lighter weight than the California T. As the results, the Portofino’s overall weight is about 162 pounds lighter than the California T’s. This is especially great improvement for the Portofino as it enhances Ferrari’s magnetorheological adaptive-damping system (SCM-E) along with the power-steering system with electrical support.

For now we can’t say much about the interior; however, our first impression is that the Portofino’s interior follows a similar style like other recent Ferrari designs. Of course, quality-of-life implementations like the 10.2-inch touchscreen infotainment system or the 18-way electric seats. The seats can also have optional adjustable function and they are quite relaxing and comfortable. 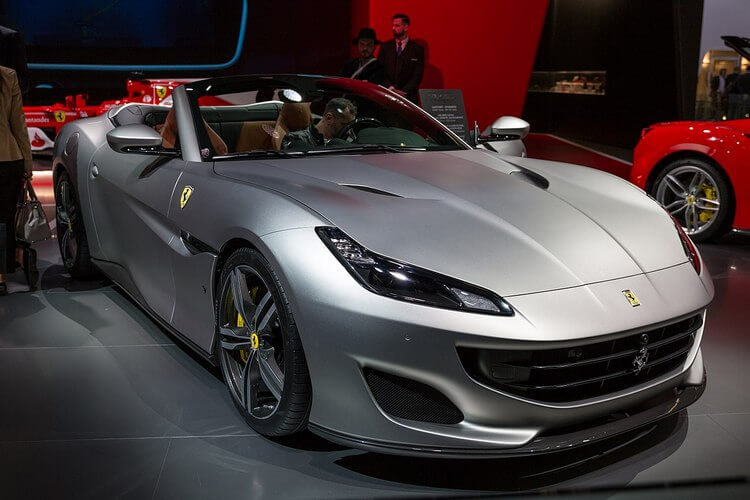 How do you like the silver Ferrari? (Source: Internet)

According to Ferrari’s info, Ferrari Portofino equips with 3.9-litre twin-turbo V-8 engine which provides 591 hp (38 hp higher than the California T) and 561 lb-ft of torque. Ferrari also shared that the Portofino can accelerate from 0 to 60 mph within 3.5 sec. However, according to CarandDriver, it actually takes 3.3 sec for the car to get from 0 to 60 mph. Portofino is said to exceed 199 mph, yet, the exact number is still unknown and we can expect it to be higher than the California T. 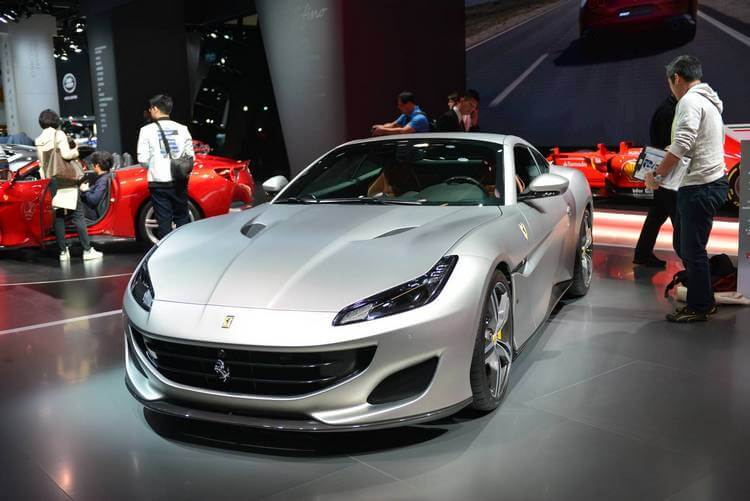 In terms of driving performance, Ferrari confirmed that the Portofino’s dynamic performance is much more enhanced than the California. The car’s performance is nice for both Sport and Comfort modes; that said; it seems to have better driving experience with Comfort mode as mentioned by Ferrari. These better enhancements come true partly thanks to the electrically supported power-steering system, the 7% reduction in steering ratio, and the magnetorheological adaptive-damping system mentioned above.

So far we still haven’t known much about the new Ferrari Portofino, but even so, it seems going to be a worthy successor of the California T. By the look of it, the Portfolio does not have as much innovation as the California T when it’s first introduced in 2014. Overall, the Portofino has much more exterior upgrades with its low weight and more aggressive, sleeker design. The car is also expected to have better proportions and potentially better aerodynamics. In terms of performance, it is likely to have higher power and handling. No doubt, Ferrari Portofino will be a worthy grand tourer to anticipate for this year 2018.

And that’s it folks! What do you think about Ferrari Portofino 2018? Feel free to share with us and for now, thank you and stay tune for more news in the future!

One thought on “A Crimson Luxury Firstlook: Ferrari Portofino Preview”