Founded in 1930 by Battista Pininfarina, Pininfarina S.p.A. is indeed one of the best design companies in the world. Nowadays, they are famous for their amazing designs in many aspects from automotive, transportation, to even architecture and interior. But for the car enthusiasts, they are best known for the incredible automotive designs for many famous brands like Ferrari, Alfa Romeo, Peugeot, Lancia, Maserati, and more… All of Pininfarina’s automotive designs are so incredible that it is hard to pick out a single best design from them. But even so, let’s try our best and decide the top 10 Pininfarina designs! 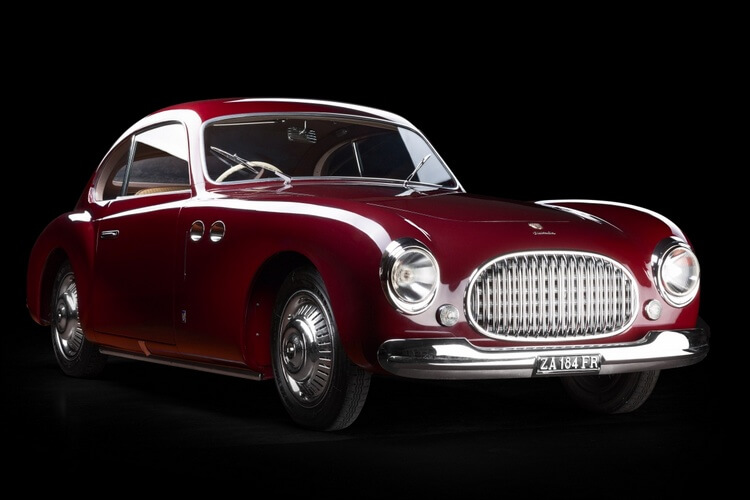 The first Pininfarina car on the list is the Cisitalia 202 Gran Sport – one of the most famous Pininfarina cars during pre-war period. Through the hand of Giovanni Battista Pininfarina, the original Cisitalia transformed into an incredible car ahead of its time around the late 40s. It was considered as the “moving sculpture,” and it is also among the top 10 automotive designs of all time. Cisitalia 202 Gran Sport is a fine definition of smooth, light, effective, yet elegant innovation. Nowadays it will be extremely hard to spot this beautiful “relic” outdoor. But luckily, we can still see it in Museum of Modern Art (MoMA), New York City, and the car still looks as good as ever since its first display in 1960.

Back from late 1940s to early 1950s, Lancia wanted to replace its mainline Aprilia with something new. Lancia’s chief designer – Vittorio Jano decided to cooperate with a brilliant engineer named Francesco de Virgilio, thus the Aurelia was born. The Aurelia considered as an incredible saloon car and it achieved various successes in racing for a saloon car. After its successes, they announced the Aurelia to have sports version and therefore, this was when Pininfarina coming in play. What created was a masterpiece called Lancia Aurelia Spyder America. The special thing about the Aurelia Spyder is its simple yet elegant design including the unique panoramic windscreen and quarter bumpers. Furthermore, it has a genuine balance with the curved front and rear haunches, along with the half-cut doors giving the B24S an alluring design. There were only 240 Aurelia B24 Spyder made and 181 cars among them named as B24S. It won’t be easy to grab an Aurelia B24S in this modern time. But even if we can, the required budget would be around 7-digit number. 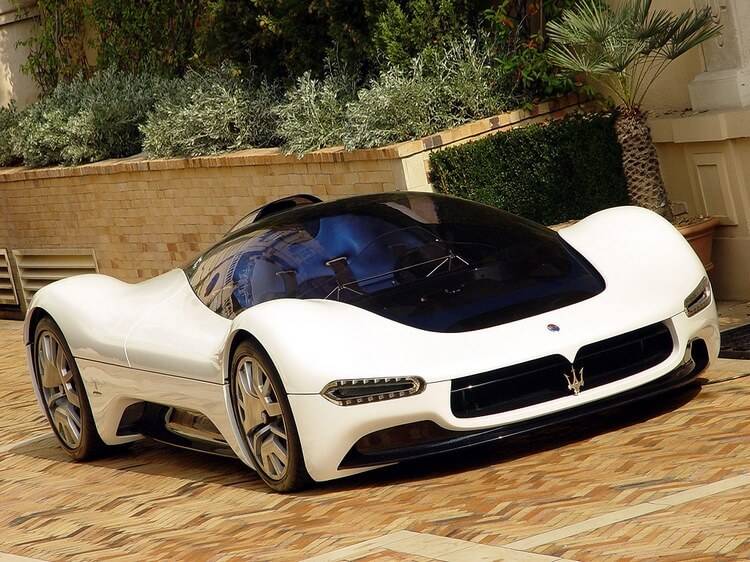 This incredible Maserati Birdcage 75th possesses a charming look with simplistic and elegant curves. On top of that, the car does not include the usual doors. Instead, it has bubble canopy which can open up, similar to Bond Bug or Ferrari Modulo’s. Sitting inside Maserati Birdcage 75th feels like being inside a futuristic spaceship cockpit. Unfortunately, the car does not include air conditioning or climate control since it is a concept model. It is unsure whether we can see this design applied for the future Maserati, but let’s just hope for it. 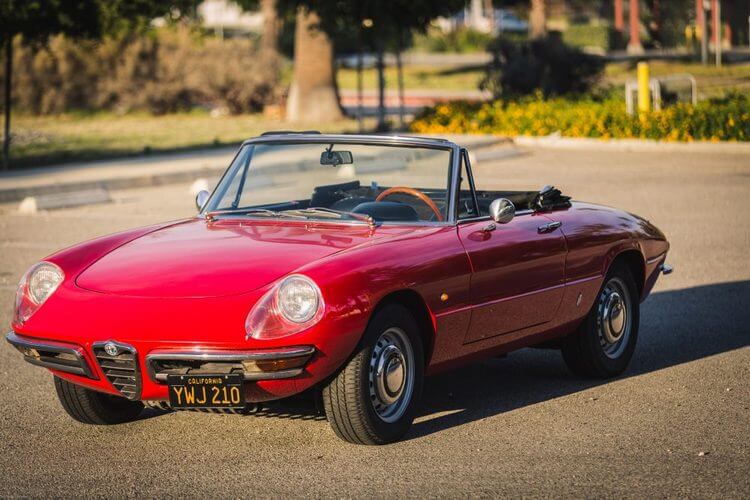 Now we have a “movie star” from the famous film “The Graduate” – Alfa Romeo Spider. In fact, it was famous even before the film released and it was revered as one of the most famous and recognizable Alfa Romeo to date. Pininfarina was involved with the car’s production and design throughout the first three designs. The special part about the car is its unique design with the line starting from the long curved hood to the belt line. Moreover, it is the result of multiple Pininfarina designs including the Alfa Romeo Superflow or the Alfa Romeo Spider Super Sport. This iconic design was so popular that it continued even to early 1990s ever since 1966. 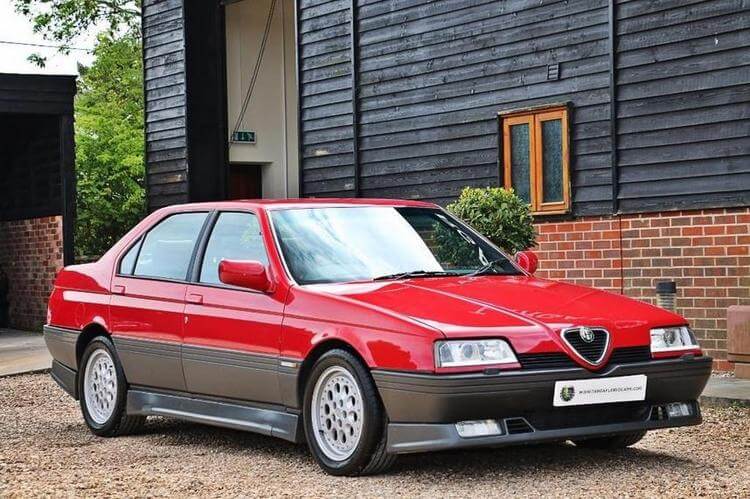 Talking about Alfa Romeo, we should not forget Alfa Romeo 164 produced from 1987 to 1998. This 4-door executive saloon was designed by the Enrico Fumia from Pininfarina and it later influenced the design of Alfa Romeo GTV and Spider. Its design gained tremendous benefits from computed aided design and as the result; it has a lightweight chassis yet with high rigidity. Aside from that, it possesses incredible aerodynamic attention and the sharp lines, along with its long nose design. In terms of US market, the 164 marked the final time an Alfa sedan sold in America. But who knows? Time will change. 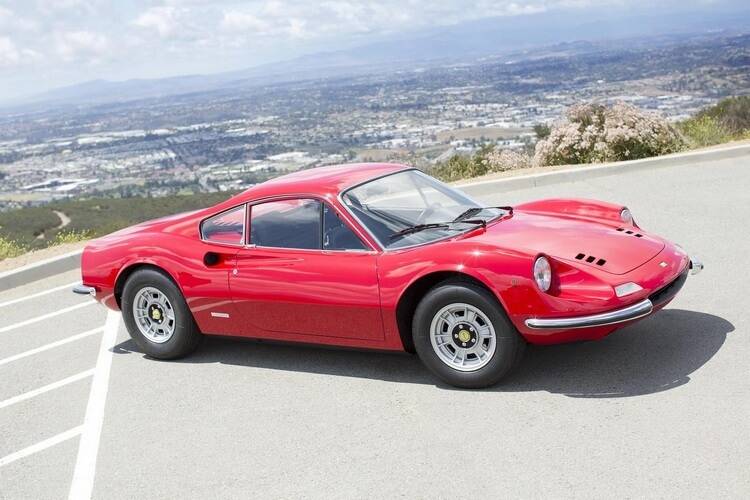 Up to this point, it is not a new thing when Ferrari and Pininfarina have a strong relationship since their old days. Therefore, we will see lots of Ferraris in this latter half of the list. Kicking off the Ferrari arsenal we have Ferrari Dino 246 GT which was first introduced in Turin Motor Show in 1969. It was meant to be the successor of the first Ferrari Dino 206 GT and turned out it was extremely successful even when they stopped its production in 1973. As its name hinted, the Dino 246 GT was a part of Ferrari’s sub-brand “Dino.” The supercar went through 3 series named “L”, “M” and “E” respectively. Taken from the 206 GT design, the Dino 246 GT inherited the iconic soft edges, curving lines, and especially the space-ship-like front design. Even to this day, this Ferrari Dino 246 GT is arguably one of the sexiest Ferraris to date. 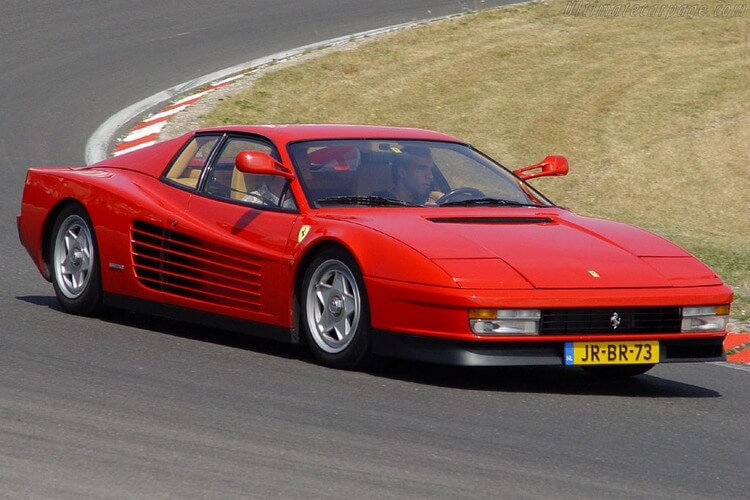 Jumping to 1984 we have another incredibly famous Ferrari – Ferrari Testarossa. The Testarossa undoubtedly rivaled even to the best sports cars around the 1980s. Based on its appearance design alone, the Testarossa looks incredibly strikingly aggressive, especially with its two side strakes called “cheese graters“. Having striking look aside, these cheese graters actually plays a vital role in enhancing the car’s aerodynamic. They channels the air flow to the two radiators in the back, thus keeping the engine from overheat. Also thanks to the strakes, the Testarossa has a wider rear, resulting in better handling and stability. Comparing to its main rival Lamborghini Countach, the Testarossa does not require rear wing. Furthermore, Testarossa’s drag coefficient of 0.36 is significantly better than the Countach’s 0.42. 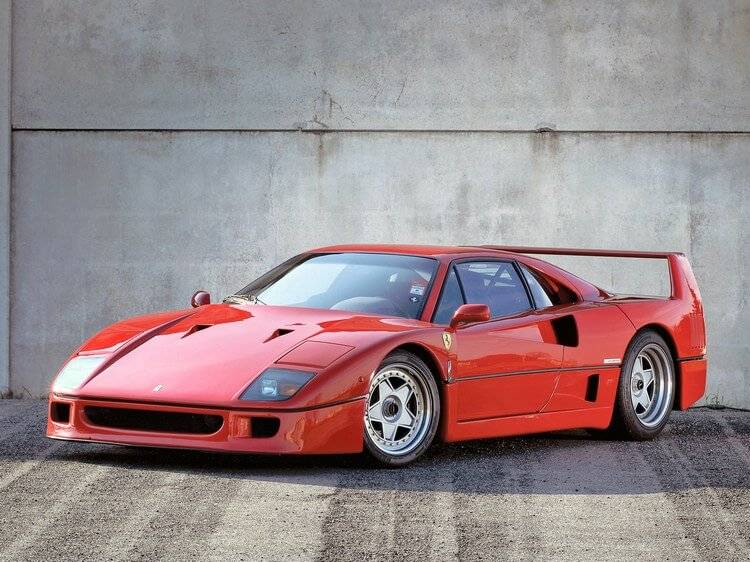 Continuing the Ferrari aggressive design, we have Ferrari F40 which started in 1987. It was dedicated for Ferrari’s 40th anniversary and it was also the final car approved by Enzo Ferrari himself. Not only that, the car held the title of fastest street-legal production car for about 2 years. The F40 could be considered as the symbol of shape and aerodynamic of its time. Its weight was extremely optimized with the use of Kevlar, carbon fiber, and aluminum. Not only that, the car went through extensive aerodynamic test and aerodynamic enhancements like sloping frontal area, smoothed airflow, massive rear wing, low stance, while still being able to maintain high stability. The F40 even has better drag efficient than the Testarossa with the ratio of 0.34. Nonetheless, it will be among the most famous Ferrari to date and of course, one of the most well-known Pininfarina design. 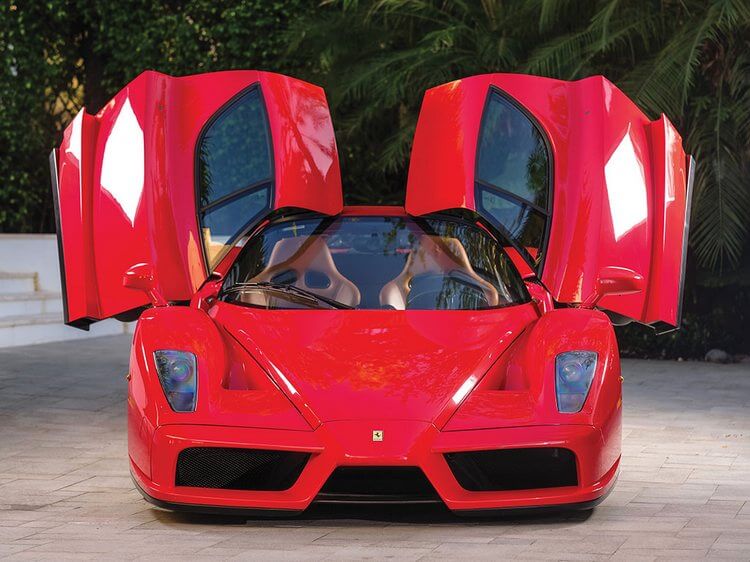 Finally we have the infamous Ferrari Enzo which first announced in Paris Motor Show 2002. The car was designed by Ken Okuyama, the former head designer of Pininfarina and its name was clearly taken from the legendary man Enzo Ferrari himself. Right off the bat, the Enzo already amazed us all with its striking jet-fighter design. Since its build based on Formula One technology, the car shares quite a lot of F1 features like the V-shaped front lid or the air vents inside bumpers which look similar to front-wing style of F1 cars. Overall, we have an incredible Ferrari Enzo which reaped various achievements like being ranked as number 3 among Top Sports Cars of the 2000s by Sports Car International or being ranked as number 4 among Top 10 Greatest Ferraris of All Time by Motor Trend Classic.

Don’t agree with our list? Why not share your opinions with us? And for now, thank you and stay tune for more news in the future!

One thought on “The World’s Finest Pininfarinas: Top 10 Pininfarina Designs!”