So far we have covered a number of sports cars, supercars, yet there is particular type we have not touched yet which is supercars for track purposes. And of course, when we talk about race cars, supercars for track purposes, we cannot forget the legendary McLaren Automotive with their extraordinary speedsters like McLaren F1 or the P1. We have already known that the F1 and the P1 are two fearsome beasts of their own time. After their grand successes, surely McLaren would not be just fine with that. They want to push the boundary and bring out new innovations. So today, we gladly introduce the latest descendant of the McLaren family: The Crimson Lightning McLaren Senna! 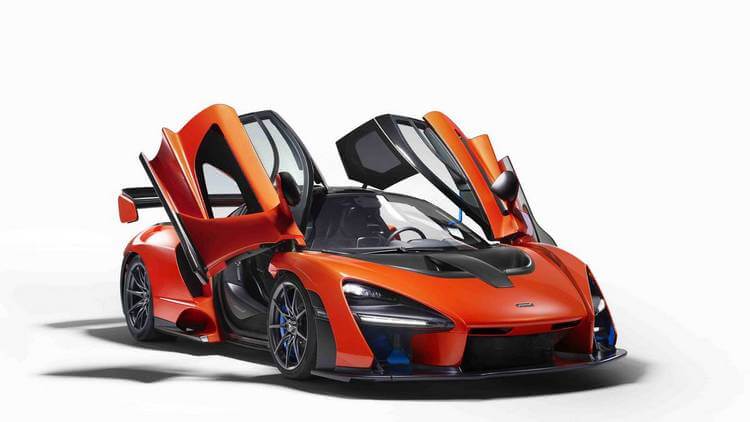 Initially, McLaren Senna was already “hinted” via the Project P15. And just from last week, the Senna was officially introduced by the British automotive as the successor of the McLaren P1. Also, it is determined to be the ultimate track-focused road car and it will mark the next coming of this incredible Ultimate Series. And by the name “Senna” itself, McLaren’s determination to create such an ultimate track-focused hypercar has already reflected through it. The Senna does not only seem to be the McLaren’s ultimate car. It is dedicated to the legendary racer Ayrton Senna who was champion of Formula One 3 times and also the national hero of Brazil. For those who missed the McLaren Senna’s premier, we recommend checking out McLaren’s introduction video below:

So far, McLaren Automotive has only shared a bit of information about this new ultimate track beast. But by the look of it, we can guess the Senna is going to be extreme. But how extreme is it exactly? Let’s find out!

About McLaren Senna, Andy Palmer, McLaren’s Ultimate Series director, said that: “We couldn’t push the P1 as far as some might have wanted it to go because we also had to make it work on the road.” Based from his quote, we can expect that McLaren has put a lot of their effort to push the Senna to the extreme. It will be too extreme that the car may feel “unusable”; however, McLaren will not mind and they will still keep bringing out their ultimate effort. 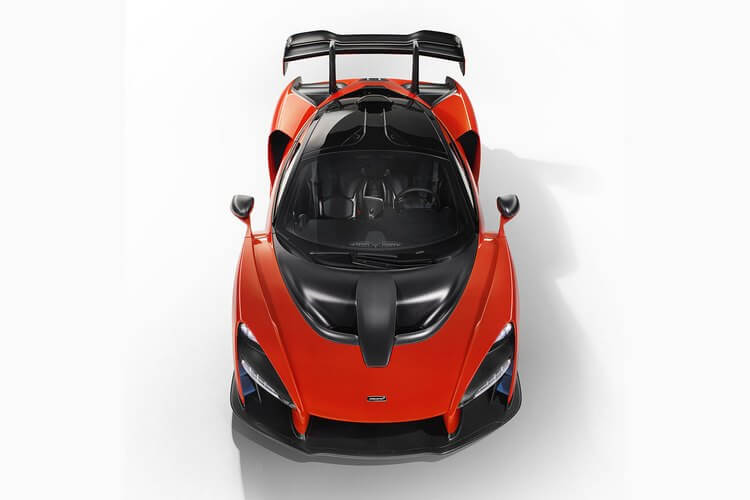 In terms of power, McLaren Senna equips with a 4.0-litre twin-turbo V-8 engine which is claimed to unleash an incredible 789 horsepower with 590 lb-ft of torque. By the look of it, it may sound lacking compared to the McLaren P1’s 903 horsepower. However, let’s remind us all that McLaren Senna is a track-focused hypercar, which means there must be another trick besides the 3-digit horsepower. To be more specific, the entire Senna’s body is the work of a lightweight, aerodynamic masterpiece (which will be explained in the section below). The Senna’s dry weight is estimated around 2641 pounds (1198 kg), which is much lower than McLaren P1’s. Unfortunately, McLaren Automotive has not shared the car’s acceleration and top speed yet. But judging by the insane 2.8 sec acceleration from 0 – 60 mph by the P1, we can expect no less from the Senna.

Interesting enough, the car does not include anti-roll bars but instead, it gets the upgraded P1’s hydraulically-interconnected dampers, along with the variable stiffness and ride height technology. To provide driver more control for different conditions, the Senna includes 4 modes: Comfort, Sport, Track, and Race which lowers the ride height and stiffens the suspension. Race mode seems going to offer the most extreme driving experience and of course, it sounds like not for the faint of heart. 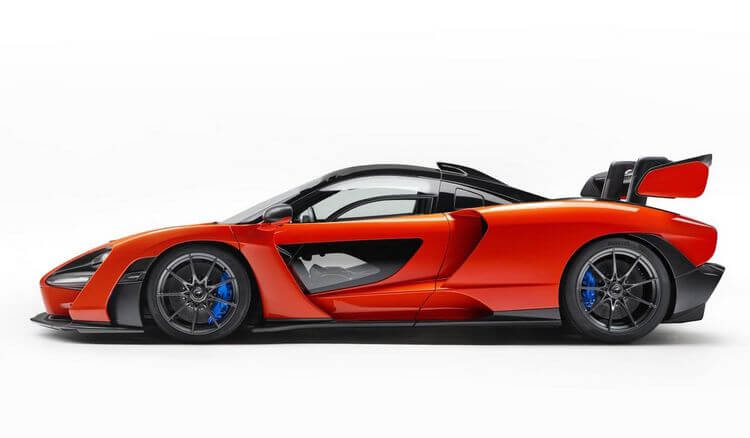 Aerodynamic all the way through (Source: Internet)

As mentioned above, the Senna is considerably a lightweight and aerodynamic masterpiece. Its entire bodywork is designed with lightweight and aerodynamic focus in mind and the result is simply breathtaking. First it has the new ultra-lightweight carbon-fiber chassis which called as Monocage III. This new chassis effectively saves 40 more pounds than the Monocage II. Most of the structure is completed with carbon fiber to further enhance the lightweight at every corner. In addition, its wheels probably have the most interesting design: instead of studs, it uses center locks which allow a nine-spoke design rather than ten. 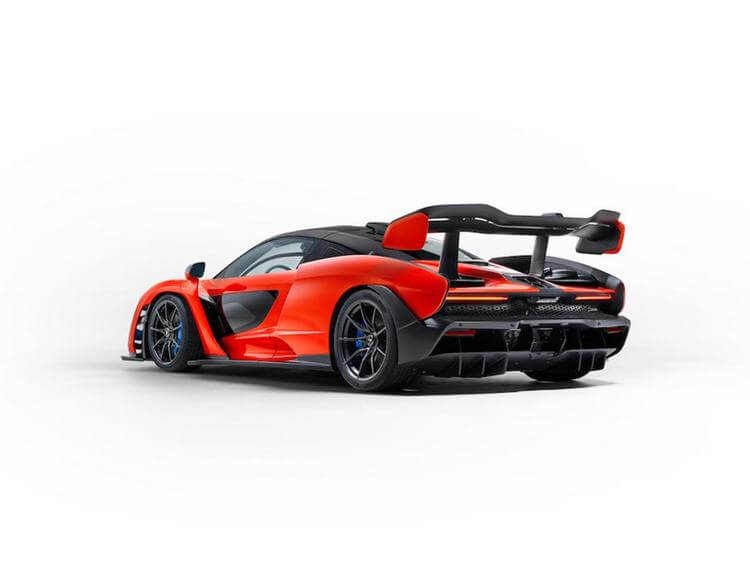 To the rear view (Source: Internet)

In terms of aerodynamic, starting from the front we can see aerodynamic flaps below the headlights. These flaps are movable which provide much better downforce and reduce drag. The air will continue flowing to the two side vents and to the rear. On the rear there is a nice little detail which is the 2 curve flats which direct the hot air down through the radiator. Talking about the rear, we have the massive rear wing which also has a nice detail. The arms which holding the wing are cleverly designed which keeps the underside of the wing clean to improve the efficiency. Again, there more details on the exterior design but these little notions already tell us how McLaren pays to the smallest parts to make the Senna an ultimate lightweight monster. 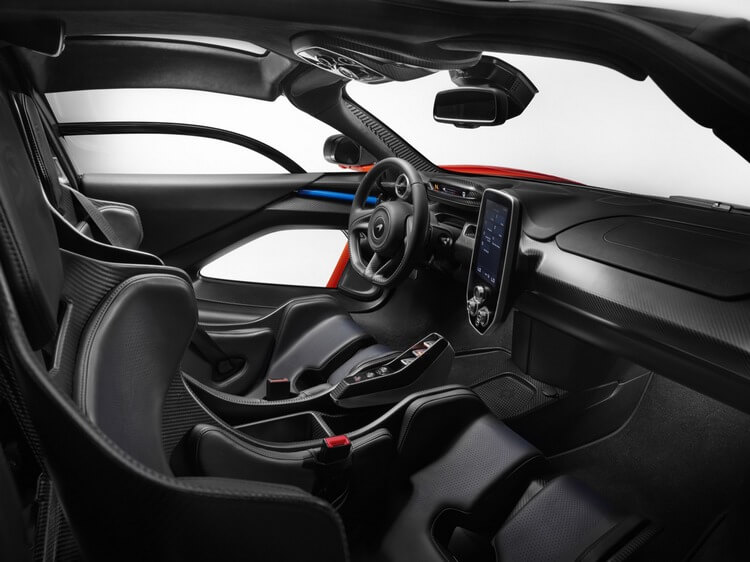 Simplicity is the key! (Source: Internet)

Now let’s get inside the McLaren Senna. Here we still have the traditional (yet still inspiring) 90-degree open door. The first we probably feel when sitting on the driver seat is that it has really low seats. That said; it still feels quite comfortable and furthermore, this lower seat design also serves another purpose: If we pay attention to the car’s door, we will see there are actually windows put in low position besides the standard door windows. According to McLaren, this window will allow drivers to see what’s going on down the road while experiencing their ride on the Senna. For customers who don’t prefer these low windows, McLaren will replace them with pure carbon-fiber instead. However, we still recommend the original design. 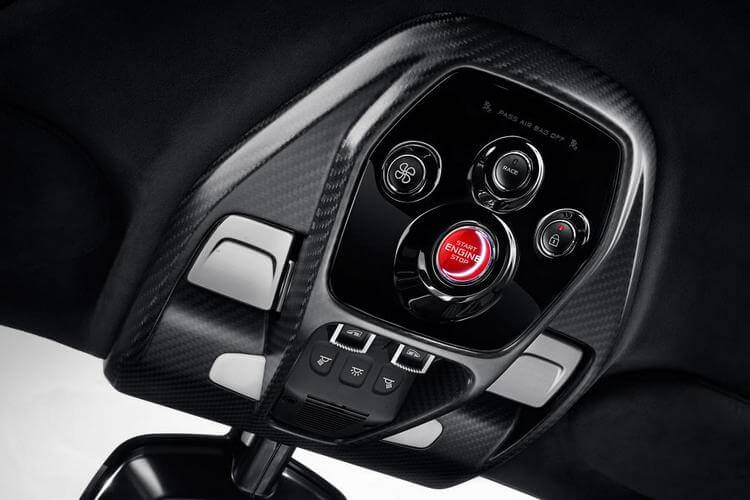 So back to the interior design, we can see McLaren went for minimalism for this section. The interior design here seems to be simplified which looks a lot less “complicated” than many road-legal cars.  Here we have the folding infotainment similar to the 720S’s, the another infotainment control screen from the center. The engine button, the door control, along with the Race mode button are put overhead similar to aircraft style. In terms of space, there is only enough area for 2 helmets and race suit.

Overall, both the exterior and interior are optimized to ensure the lightweight and aerodynamic efficiency to the max. 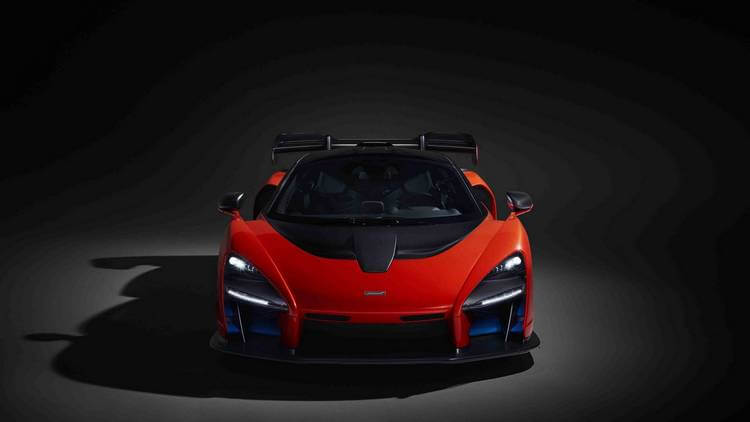 Are you ready for the Senna? (Source: Internet)

“You commit yourself to such a level where there is no compromise. You give everything you have; everything, absolutely everything.” Such is the quote from the legendary racer Ayrton Senna and surely, McLaren has already had this in mind when they designed this track beast. McLaren no longer held them back like it was with McLaren P1 (although it was already a tremendous monster by itself), this time McLaren has gone all-out with McLaren Senna. And we can expect that this won’t be the last time we see McLaren “went too far” like this. But at the moment, let’s wait and see the true extent of this Crimson Lightning!

And what about you? What do you think about 2019 McLaren Senna? Feel free to share with us and for now, thank you and stay tune for more news in the future!