Table of Content:
1. Differences between the original and the upgraded Pokemon versions throughout the past
2. What we’ve seen so far
3. Pokemon Ultra Sun and Ultra Moon Predictions
4. Final Thought

1. Differences between the original and the upgraded Pokemon versions throughout the past.

Before going further, let’s remind us all that Pokemon Ultra Sun and Moon isn’t the first upgraded Pokemon version. In the past, various Pokemon titles were remade/upgraded and all of them gave players tons of new values compared to the original.

When the first generation released in 1996: Pokemon Red, Blue and Green came out, it was a success for Nintendo at the time. 2 years later, We had the first remake version: Pokemon Yellow. 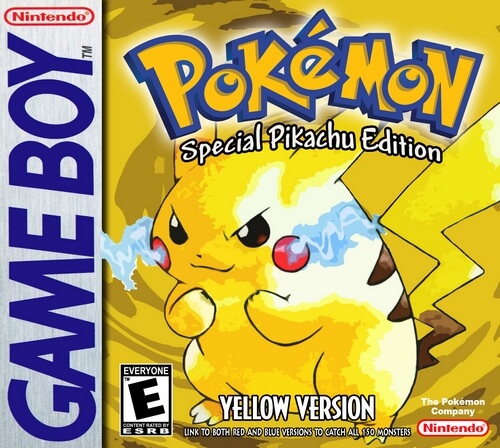 In truth, Pokemon Yellow doesn’t have much change like what we often have today. The most iconic update in Pokemon Yellow is the addition of Pikachu in addition to the three Pokemon starters. Pikachu will follow the players in the overworld throughout the game, just like in the anime where Pikachu follows Red. 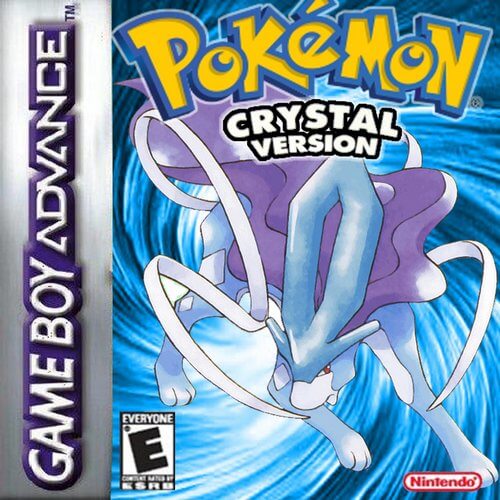 Like Pokemon Yellow, Pokemon Crystal is the upgraded version of its original Pokemon Gold and Silver released in 1999 on Game Boy Color. Pokemon Crystal was released 1 year later and it has several changes compared to the original, most typically: 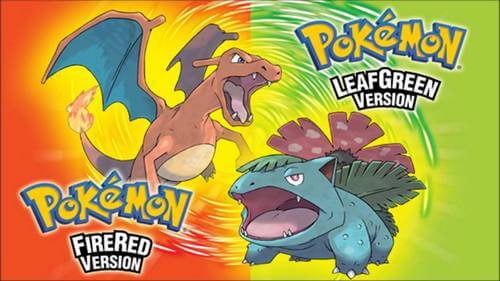 After the release of Pokemon Yellow in 1998, 6 years later the next upgraded version Pokemon Red and Green was released. It keeps the nostalgic feeling of the first Pokemon Red and Blue. Pokemon FireRed and LeafGreen is mostly about graphical update, dialogue update, new Pokemons and moves, and the additional L and R menu button.

These changes may not sound much but just imagining back to the days in 2004. When you could get your hand on this game, it was simply… super-happiness!

Just like the old Pokemon tradition, each Pokemon generation always have its own remade version. In case of Pokemon Ruby and Sapphire, we have Pokemon Emerald, released in 2004.

Unlike the previous Pokemon Yellow and Pokemon Crystal (which are considered by many players as Pokemon “milking strategy”), Pokemon Emerald actually received lots of praise from players and Pokemon fans. The greatest changes of the game are:

Pokemon Gold and Silver was released in 1999 on Game Boy Color. And then 10 years later, we have the next remade Pokemon version: Pokemon HeartGold and SoulSilver on Nintendo DS. So, what are the 10-year differences?

First of all, right off the bat we have a significant graphic jump from Game Boy Color to NDS. And again, back to 2009, it was a huge blast for those who missed the old Pokemon Gold and Silver. And on top of that, it has tons of new changes since the original. The change list can go on but here we will check out the most typical changes: 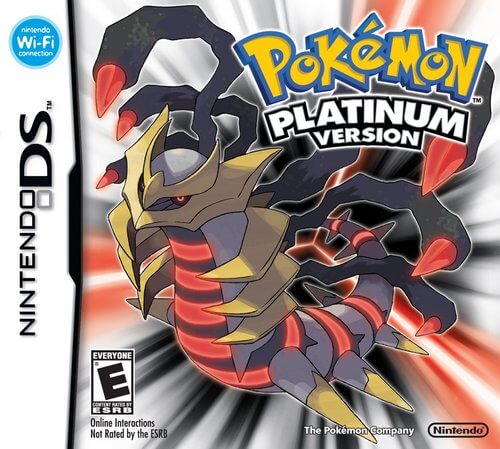 Again, we have another Pokemon remake and this time it is for Pokemon Diamond and Pearl. Just like the previous Pokemon Yellow, Crystal, and Emerald, Pokemon Platinum brings out new changes, mostly in various gameplay aspects, Pokemon roster, and storyline. That said, Pokemon Platinum was still rated highly during the time, though some consider it’s just simply a “niftier update of Diamond and Pearl”. 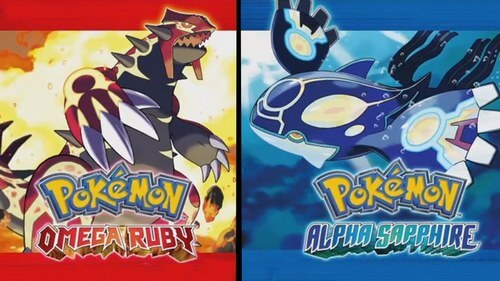 Of course, putting graphic aside, Pokemon Omega Ruby and Alpha Sapphire also has various changes in gameplay like the day-night cycle and the PokeNav Plus, story like the new Delta Episode, zones like the Battle Resort which can be considered as a superior version of Battle Frontier from Pokemon Emerald.

And so with all of those changes in previous Pokemon remake/upgraded versions; let’s see what we can expect from this new Pokemon Sun and Moon version. But before that, we need to see what changes have been revealed first:

2. What we’ve seen so far with Pokemon Ultra Sun and Moon:

If we take a look at various leaks, spoilers, and trailer of Pokemon Ultra Sun and Ultra Moon, one thing we can sure is that there will be tons of new evolutions and forms of various Pokemons. The two most typical forms spoiled by the developers themselves are the “Prism Forms”: Prism Solgaleo and Prism Lunala. And judging by their appearances, there may be some connections to the mysterious Necrozma? 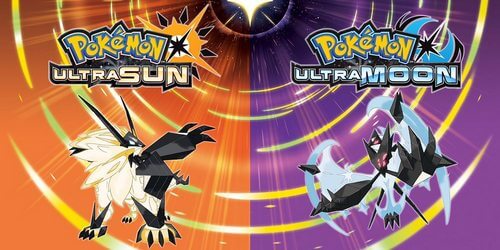 Is it fusion between Solgaleo/Lunala and Necrozma? Or it’s something else… (Source: Internet)

Also in addition, we have new Alolan forms of other Pokemons, for example we have the leaked Lycanroc’s Dusk version.  There are many other images of various forms such as the “lava-ish” Lapis or the “aquatic” Arcanine. However, these images are not yet confirmed so seems we will need to be patient. 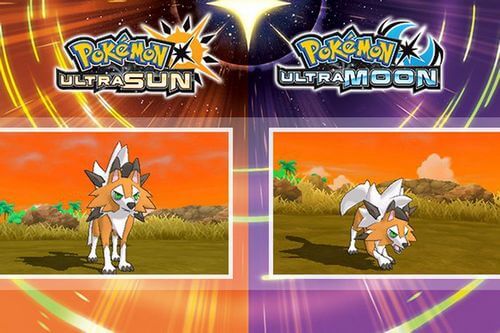 According to the trailer, the game of course will still take place in Alola Region, but we can expect it to be much livelier. We can also see the appearance of new Z-Crystal and high chance it’s related to Necrozma and Solgaleo, Lunala.

Ever since the announcement of Pokemon Ultra Sun and Moon, players have tried to make lots of predictions about the game. So, let’s check out some of them:

Changes in Festival Plaza: To some extent, Festival Plaza is basically a communication hub for players to interact. However, many players believe the Festival Plaza somehow doesn’t do its justice. There are players express that they want Game Freak to get rid of this feature. But this is hardly to be reality so what we can hope are some updates to make Festival Plaza becomes better.

Possibility of new villain: Some players express that they’re expecting some sort of new villainous Team will appear in Pokemon Ultra Sun and Moon. If we look back at the previous Pokemon remakes, there was no new particular villain in those games. However, there may be possibility in this new Pokemon game. Can it be related to Necrozma, perhaps?

New Trial Captain: In Alola Region, there is no Gym system but instead, they have Trial system. And therefore, there is high chance that we will see new Trail Captains, just like in previous Pokemon remakes in which they features new Gym Leaders. But who’s the new Trail Captains? That’s waiting to be seen.

New Locations: Each Pokemon remake always features new zones, and in Pokemon Ultra Sun and Moon, we can expect the same. And so the question is: which zones? There are some predictions on the Internet such as the Golf Club, Power Plant, and isolated island. Still, Game Freak may deliver for us totally new zones we’ve never seen before. And oh my, that’s exciting!

Parallel Storyline: Some players are expecting Pokemon Ultra Sun and Moon to be like a parallel world to the original. If this is correct then there may be lots of surprising changes in the storyline. For example, what if our companions are actually bad guys while the villains we know are good side? That would be extremely exciting! But judging by the previous Pokemon remakes, such huge changes may not become reality. Still, we have right to hope.

As wild as we can imagine, according to previous Pokemon remakes, of course we can expect lots of new changes about Pokemon Ultra Sun and Moon. For example: new zones, new Pokemons and new forms, various gameplay updates and bug fixes, and most importantly: the new storyline, especially the Necrozma and its origin. For now, let’s wait for this new excitement in November 17th.

Of course, here are just some of the leaks and predictions about the Pokemon Ultra Sun and Ultra Moon. There are much more possibilities and we will get to find out more soon. For the meanwhile, stay tune for more news in Freeaddon in the future!

2 thoughts on “What can we expect from Pokemon Ultra Sun and Moon?”