When Pokemon Sun and Moon first released on November 18, 2016, it was phenomenal. The game featured a whole new region, new variety of Pokemon, enhanced mechanics, and appealing main storyline. And as many other Pokemon games, Pokemon Sun and Moon also has a new “enhanced” version called Pokemon Ultra Sun and Ultra Moon, just released recently on November 17, 2017. Surely many of us are excited for it, but a big question is: Is it worth it? So, to answer this question, let’s jump in a Pokemon Ultra Sun and Moon review and see if it’s a must-have for us Pokemon fans!

*WARNING: For those who haven’t played Pokemon Sun and Moon, SPOILERS ALERT*

Table of Content:
1. What Featured in Pokemon Sun and Moon?
2. Does Pokemon Ultra Sun and Moon Worth Our Time?
3. Final Verdict

1. What Featured in Pokemon Sun and Moon?

Since Pokemon Ultra Sun and Moon is an upgraded version of Pokemon Sun and Moon, it would be a good idea to track back and see what the original version offered us. 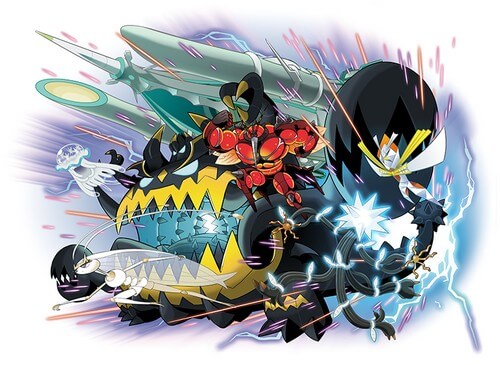 These guys have returned, more dangerous than ever! (Source: Internet)

In Pokemon Sun and Moon, players get to travel in Alola Region (imagine it’s like Pokemon version of Aloha) with whole new areas and Pokemon to explore. We discovered that the Alola region has a special trail system called Island Challenges. Naturally, we Pokemon trainers also took part in these exciting trails Island Challenges. But just like in any Pokemon games, we eventually encountered an “evil” team called Team Skull. They often fooled around and messed up with other trainers, especially those who partook the challenges.

At first we thought that Team Skull was the main antagonist of the game. But turned out, there was other unforeseen enemy which was Lusamine – the president of Aether Foundation. Through her obsession with the extraterrestrial beings called the Ultra Beasts, Lusamine corrupted most of Aether Foundation. In our final battle, we had to fight with Lusamine who fused with a mind-controlling Ultra Beast – Nihilego. Though we defeated the Lusamine, the Ultra Beasts had already found their way into Alola region and the main storyline contemporary stopped there. 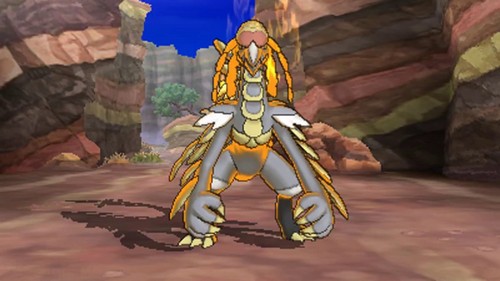 The core gameplay mechanic in Pokemon Sun and Moon still remains the same, except for some new twitches. The combat visual was redesigned and personally we thought it was nice changes. We no longer had Gym Battles, and instead, we have Island Challenges which were welcoming changes. These challenges are quite fun in our opinion, and it was always intriguing to see what the Totem Pokemon could do. Unfortunately, our greatest complain is that: the game is literally easy. This might not necessarily bad thing for many players. But for us who have played old Pokemon games, we prefer more challenging stuffs.

What we want from Pokemon Ultra Sun and Moon? 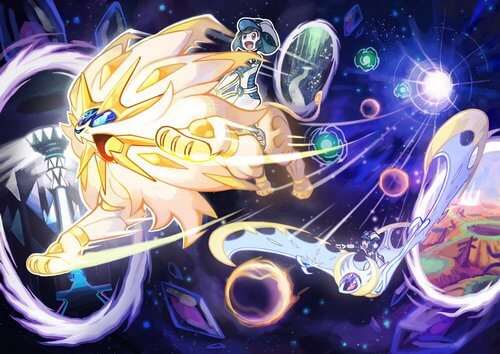 Brace yourself! The Ultra Space is coming! (Source: Internet)

Different players will have different expectations for Pokemon Ultra Sun and Moon. Here, we will try to wrap up some of the most demanded features:

Of course, there are more things we expect from Pokemon Ultra Sun and Moon, but for now, let’s stop at that and see how good the game actually is.

2. Does Pokemon Ultra Sun and Moon Worth Our Time?

Pokemon Ultra Sun and Moon finally released on just recently on November 17, and after 3 days, 1.2 million copies were sold. That pretty much tells us about how popular this game is. But frankly speaking, selling a ton in day-one does not necessarily mean that is a good game. It just means the game is extremely popular (and popular does not always mean good). That said, what about the game itself? 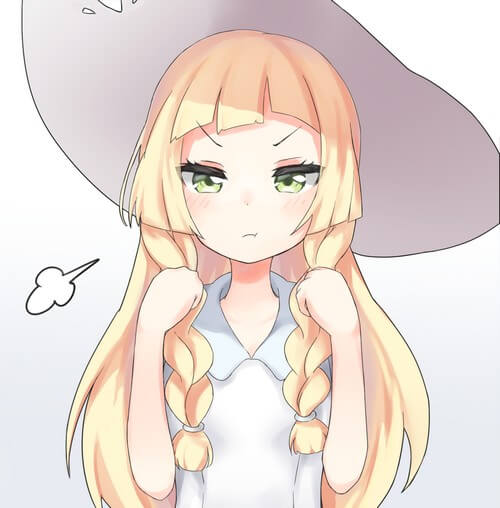 Well, she is really cute tho. (Source: Internet)

We are happy to say that the storyline is quite better with this version, although the main linear plot remains mostly the same. The Island Challenges are still there, but they no longer feel as the main focus of the game (which is a good thing in our opinion). Instead, the game focuses more on our true heroine – Lillie (let’s admit it: there have been tons of Lillie fans and fanfics over the year).

During the first half of the game, everything feels the same to the old Pokemon Sun and Moon. There are certain changes in gameplay (which we will talk about later), but not enough to make the game feels different. Fortunately, good thing starts to come during the latter half and especially the end game. As mentioned, Lillie is the shining point here. As we travel with her, she shows us more personality. Personally we truly feel like we are forming bond with her and that’s good thing for the story. From a shy girl at first, she gradually musters her courage and becomes an important part of the main storyline.

And then there is end game storyline, which picks up with left from Pokemon Sun and Moon. This story is quite epic; it creates the sense of a great dangerous which threatens the world. And as you may guess, yes, the story strongly ties with Necrozma but it would be best not to spoil that for you. One thing we probably can spoil a bit is that we will get to travel into the Ultra Wormhole in a… not-so-fashioned way. We get to travel to different areas in the Ultra Space and battle with the final bosses of those areas. All of these experiences feel really good and intriguing enough to pull us through the game.

The downside though, the areas we can access from Ultra Space is bland. It doesn’t have many features, except to build up hype for the final boss. Also, although the story of Lillie and the end game do feel good, after finishing all the stories we are not sure if we can recommend Ultra Sun and Moon, except if you are interested in new storyline.

Gameplay is definitely the big thing here, besides new storylines and areas. Let’s start with the good news shall we? 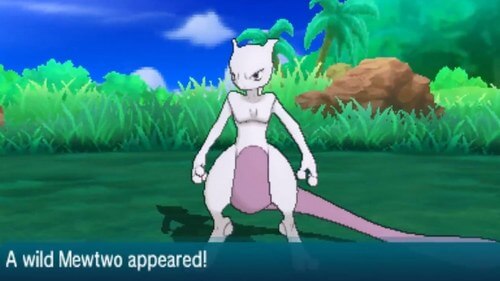 First, we have new and old gen Pokemon, especially the old gen like Tyranitar. And the best of all, we will get to capture all the Legendary Pokemon from previous generations. Unfortunate we can’t get Mythical Pokemon like Mew. But since in previous games, they were only available via events so therefore, that’s not much of a deal. There is additional thing is that: You can get your own Totem Pokemon! … Well to be honest, you won’t get the same “badass” Totem Pokemon you fought in the Trials. But, these acquirable Totem Pokemon come with larger sizes than the normal ones, and they also have certain differences in their moves. To get the Totem Pokemon, you have to collect a certain amount of Totem Stickers lying throughout the game.

Secondly, we have modified difficulty level. The game does feel harder, especially with the Totem Pokemon and Legendary Pokemon battles. If you don’t aware of this firsthand, these Pokemon will bring you quite lots of surprises.

Finally, there are certain quality-of-life changes like the Mantine Surf minigame and higher wild Pokemon density (need to be confirmed). 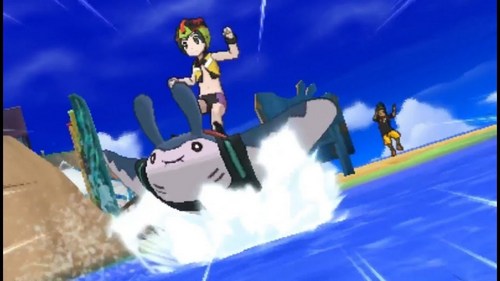 So what about the bad news? Let’s be frank: The game doesn’t exactly bring anything truly news or impactful. Of course there are additional things like new Pokemon, information in Pokedex, and changed difficulty… Still, the game feels relative the same. Most changes are minor and we doubt that Pokemon Sun and Moon players would get this game just because it’s… new. 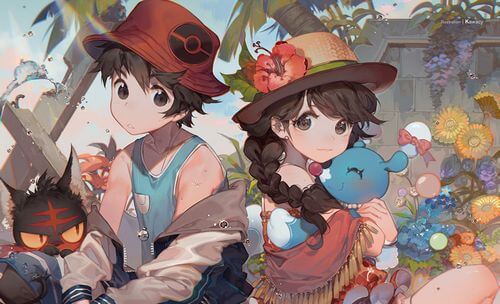 So, what do you think about Pokemon Ultra Sun and Moon? (Source: Internet)

+ Including some quality-of-life changes, especially new Pokemon and difficulty.

+ The game feels pretty much the same. Even after completing all the storylines, it’s hard to recommend it to anyone played Pokemon Sun and Moon before.

+ All changes are minor and don’t make the game significantly different or unique.

And that’s it folk! What do you think about Pokemon Ultra Sun and Ultra Moon? Feel free to share with us and for now, thank you and stay tune for more news in the future!