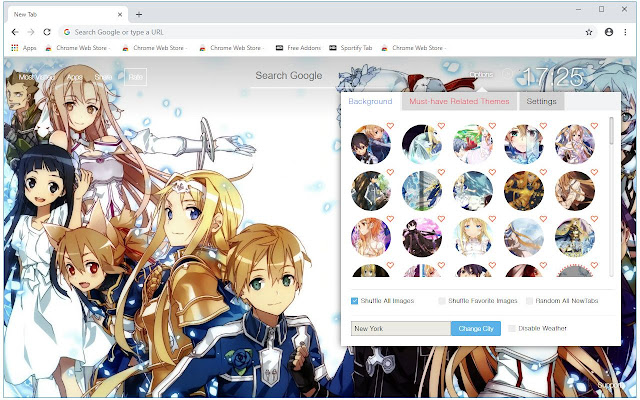 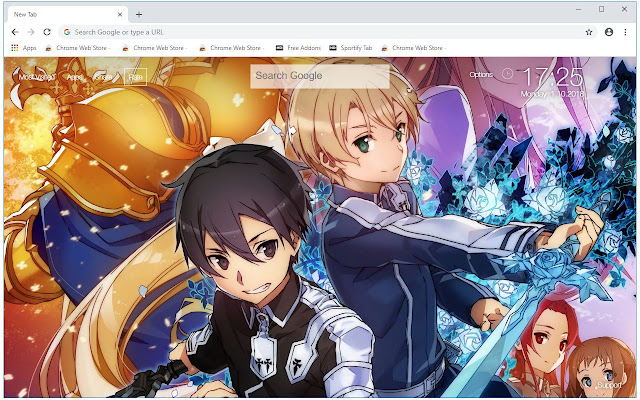 ★ What can you get from our Sword Art Online Alicization themes?

First, you can enjoy a wide range of wallpapers in HD quality. You can shuffle all pics, or, shuffle your favorite SAO Alicization pics only. You can also select Slideshow option and enjoy a cool screensaver with Sword Art Online Alicization wallpapers. And, you can use other free addon themes along with this new tab.

Second, the extension provides quick navigation to your most visited sites, Chrome apps like Gmail, or quick reminder with To-Do List right on the SAO Alicization theme. Date, time and weather forecast can also be shown on Sword Art Online Alicization new tab if you need.

Finally, you can enjoy all these features (and more will be added on your requests) for free! Our Sword Art Online Alicization extension does not include ads or any hidden catch! 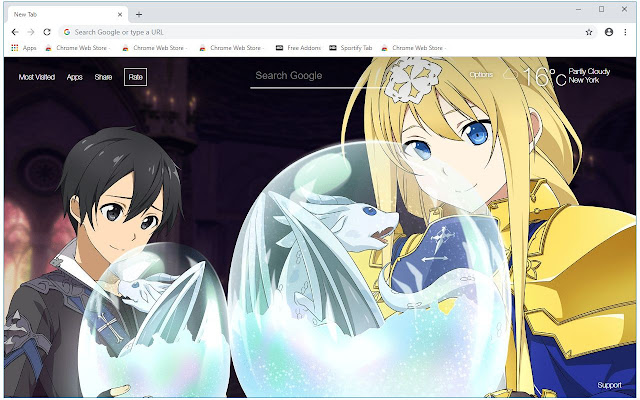 + Sword Art Online (Japanese: ソードアート・オンライン Hepburn: Sōdo Āto Onrain) is a Japanese light novel series written by Reki Kawahara and illustrated by abec. The series takes place in the near future and focuses on protagonist Kazuto “Kirito” Kirigaya and Asuna Yuuki as they play through various virtual reality MMORPG worlds. The light novels began publication on ASCII Media Works’ Dengeki Bunko imprint from April 10, 2009, with a spin-off series launching in October 2012. The series has spawned eight manga adaptations published by ASCII Media Works and Kadokawa. The novels and four of the manga adaptations have been licensed for release in North America by Yen Press. 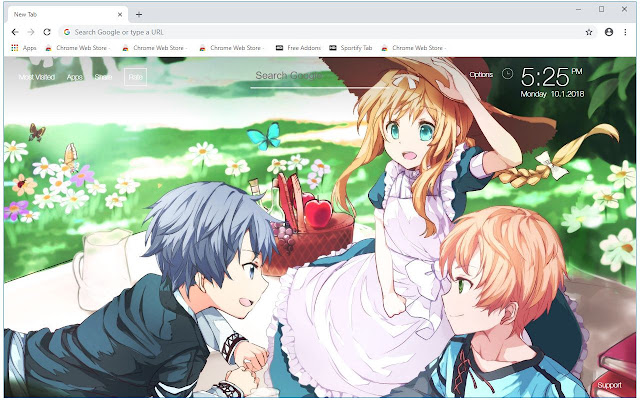 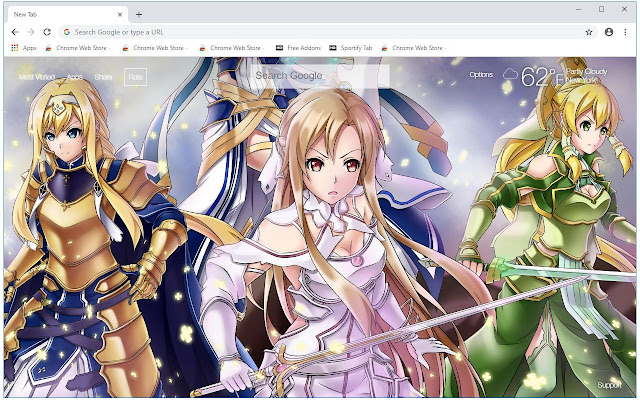