Ghost of Tsushima is definitely one of the most anticipated games this year, especially for fans of PS4. It was first announced in Paris Games Week 2017 and since then, people have been extremely amazed by how good this game looks. The environment looks breathtaking, the story is intriguing, the gameplay seems to blend between stealth and swordplay elements (Assassin’s Creed / Sekiro Shadows Die Twice vibe!?). And since the release date has revealed (June 26, 2020), now is the good time to check out all things we know about Ghost of Tsushima so far!

It will take place during the Mongol Invasion 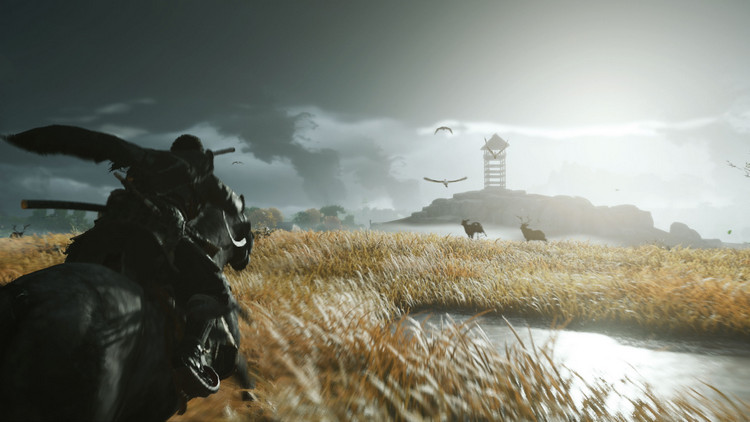 Historical Japan has been a great inspiration for many good games, for example, we have Sekiro Shadows Die Twice last year which is also Game of the Year 2019. And in this new title, players will get back to Japan once again in 1274, specifically the beautiful island of Tsushima. Yet, this was also the time in real history when the mighty Mongol Empire waged war across Asia. For those who do not know, the Mongol Empire was a powerful force to reckon with during the 13th-14th century. They conquered many surrounding countries, including China and the Middle East kingdoms. To face such a fearsome enemy, you would need to utilize everything you have even the “dirty tactics”. And this is when our protagonist coming in…

“I am samurai. But I will sacrifice everything for my home.”

In Ghost of Tsushima, players will take the role of Jin Sakai – a survived samurai who vowed to do anything he needs to save his home. And thanks to the latest story trailer, we can now have a better understanding of his character and origins.

The trailer shows that Jin was taught by a master samurai, and according to the tradition, a samurai represents power, loyalty, and most importantly, honor. Young Jin of course also adopted these ideologies and he finally became a fine samurai. However, he soon learns that honor will not save his hometown when facing an overwhelming enemy. During the first Mongol Invasion, Jin along with the proud samurais of Tsushima fought against the mighty fleets of the Mongol. They fought bravely, yet they could not stop the enemy. “Fortunately”, Jin was among the survived samurais. The cruel reality of war makes him realize: honor in battle, it is meaningless if you cannot protect your own home, your people. And so, he becomes not a samurai, but a “ghost of vengeance” who swears to slaughter every single Mongol on his land. 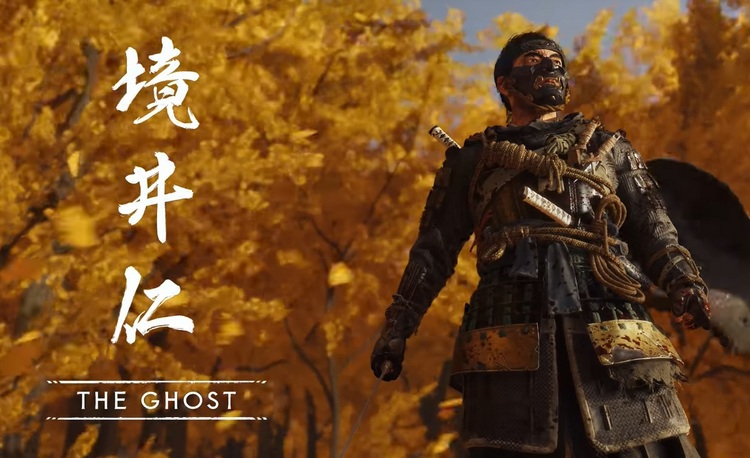 This story sounds really fascinating. Based on the trailer, we can expect great character developments throughout the game. The reality of war, the conflict within oneself, forcing them to choose between honor and disgrace to save your people. Overall, the story and characters already convince us to get into the game.

The gorgeous land of Tsushima 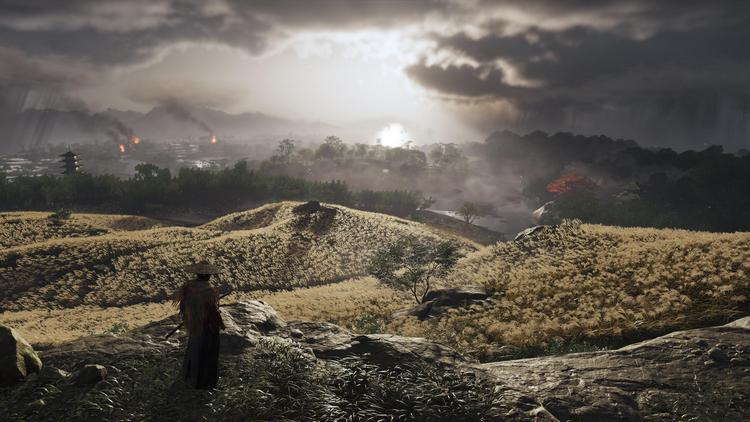 For those who remember E3 2019, you probably cannot forget the incredible presentation of this open-world island of Tsushima. The graphic quality is so amazing, the extreme details of the environment, the wind physics, the flora, all of them make the game looks vibrant and alive. And the fact that this is an open world just makes it even more impressive. We can also expect a variety of level designs, from the huge, golden valley to snow forest, or the temples surrounded by water lilies. 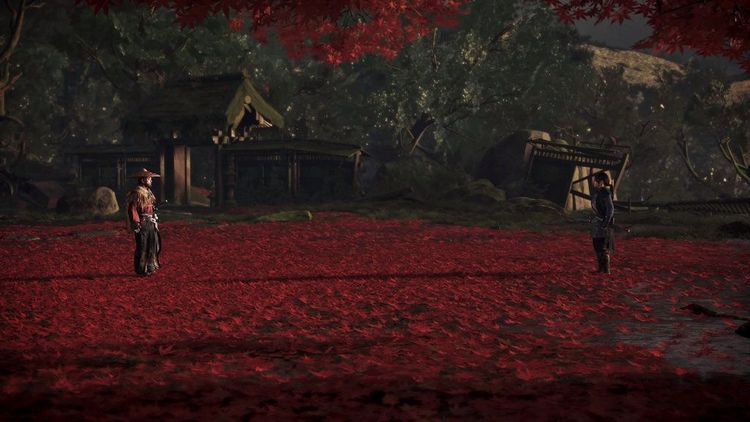 To be honest, the world looks so stunning that we have to question whether if the final product can truly look like those presentations. It is a legit concern, given the fact that many previous games tend to make their trailers look cool. Yet the final product is a drastic downgrade in terms of graphics compared to those trailers. That being said, this is Sucker Punch, and especially this is a PS4 exclusive title we are talking about. For now, let’s dare say that we can put our hope into the devs, given the fact that we have seen many incredible games on PS4 hardware like God of War 2018, Marvel’s Spider Man, and the latest Final Fantasy 7 Remake Demo.

Samurai, or Ninja, or both!? 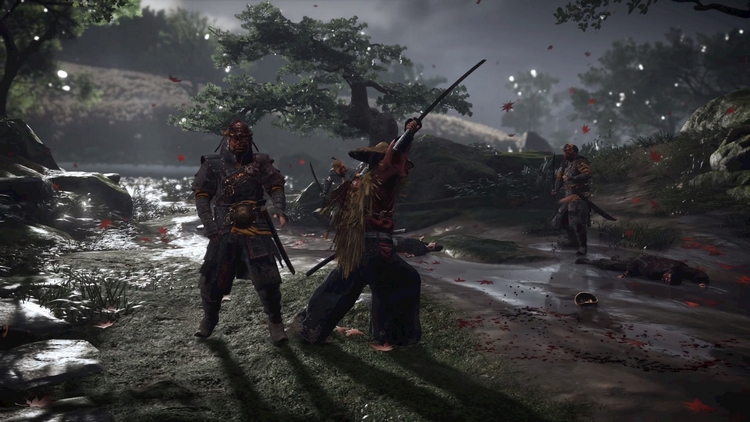 At this point, the gameplay is probably the most ambiguous thing about Ghost of Tsushima. The reason we say that is because: frankly speaking we still do not have a clear understanding of the game’s mechanics. Still, we can probably make some assumptions based on all the trailers and gameplay footage so far.

So first of all, Ghost of Tsushima will definitely emphasize a lot on swordplay. According to the gameplay footage in E3 2019, the swordplay seems to focus on realistic combat. There is a hint of Sekiro-like mechanic as players have to parry the enemy. Every strike feels deadly and you can quickly execute the enemy in just one strike if parrying the right way. The battle with the old lady represents this sort of gameplay the best, as players have to aware and parry her attacks, and strike at the right moment. We are not sure if spamming combo is a viable option, but so far, it does not look to be the case. 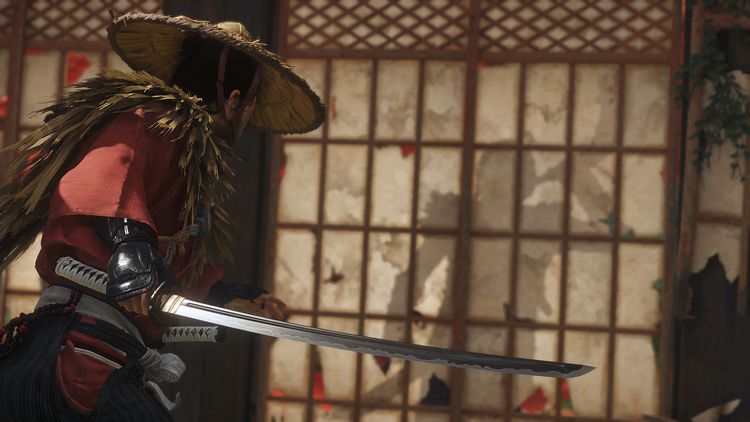 The second highlight is the stealth element. Aside from frontal assault, the main protagonist can also crouch and move silently. We can also see him climb on tree, use rope hook (possibly) to swing himself to another location. And most importantly, he is extremely brutal with assassination, giving a huge vibe of Assassin’s Creed or Sekiro. The trailers also show various assassination and stealth actions, like stabbing enemy behind doors, using smoke bomb, using fire arrow to burn or detonate an area.

Right now we do not know about the character’s progression, like skill trees, upgrading arsenal, unlocking new tools, etc… But given the fact that this is an open world, there is a possibility that players can choose how they want to approach enemies, either frontal combat or assassination.

Again, the release date is June 26, 2020 so there is still much time. Probably they will give us more information in E3 2020. So for now, let’s be patient and stay tuned for more news in the future!