Dragon Ball has been the childhood for lots of us and no doubt we still share a great love for the series. As the current series Dragon Ball Super is still ongoing with tons of actions and hypes in mind, just recently we are get to see a brand new Dragon Ball game called Dragon Ball FighterZ. Ever since its first premier in 2017, tons of fans have been awaiting for the game. So with its official release on January 26, 2018, is Dragon Ball FighterZ worth the hype? Let’s find out! 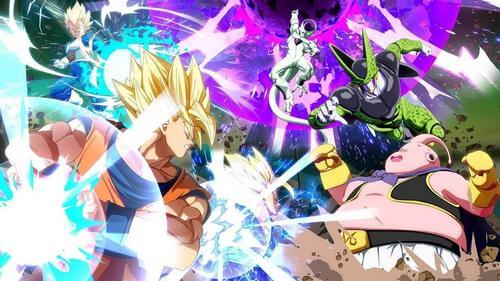 Dragon Ball FighterZ was first introduced during E3 2017 with its incredible trailer. Soon after, fans get to experience the first Dragon Ball FighterZ beta version and it was positively received in overall. On January 14, 2018, players got to experience the open beta and again, it was quite an enjoyable experience. The open beta only lasted 2 days; however, unfortunately fans were unable to play online battles properly due to the server error.

In general, Dragon Ball FighterZ is a fighting game based on Dragon Ball series, featuring fans’ favorite characters like Goku, Vegeta, Picollo, Gohan, Trunks, Beerus, and more… It was developed by Arc System Works with gameplay somewhat similar to Capcom vs Marvel’s with 3v3 tag-team battles. By the first impression, the game looks extremely fascinating with fast-paced, approachable combat mechanics. With its official release on January 26, 2018, let’s check out how good this game exactly! 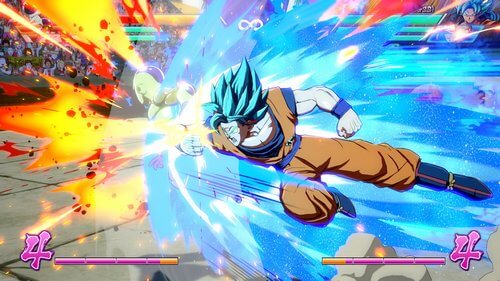 First of all, we have to say that Dragon Ball FighterZ’s visual is definitely stunning. Arc System Works still did a great job in building 3D models with 2D cel animation. Every featured Dragon Ball character looks beautiful with distinct characteristics just like the originals. By the look of it, the development team clearly knows what makes Dragon Ball distinct. Even in combat, every character’s movement is polished and stays true to Dragon Ball style. Every combat filled with splendid coloring and special effects. And good thing is: all character’s moves, especially special attacks always manage to leave us in awe. No matter how we look at it, it feels like we are watching an exclusive Dragon Ball arc made by Akira Toriyama himself. 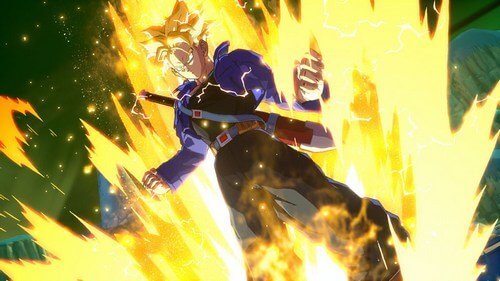 In terms of sound, it is quite enjoyable in our opinion. To strengthen the sense of battle, the game features fast-paced, strong background music. To be honest, we are not exactly impressed by the game’s music; however, it really does a great job in pumping our fighting spirit and creating a “Dragon Ball feeling”. Besides background music, the sound of battle when our fists or special attacks connect is extremely sensational. It does make us feel the impact when each attack unleashed. For a fighting game like Dragon Ball FighterZ, we say Arc team totally nailed it when building a true Dragon Ball fighting experience. 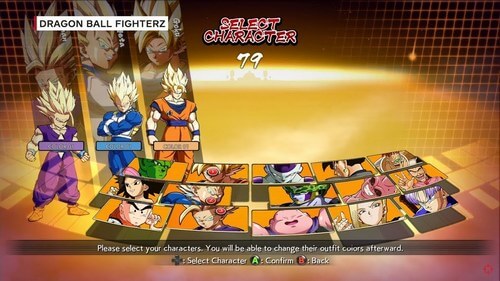 There are only 24 characters in this current state. (Source: Internet)

As mentioned, at first glance the game’s combat looks pretty similar to that of Marvel vs. Capcom with fast-paced 3v3 tag-team battle. Of course, this is only on the outside. But on the inside, the game’s combat no doubt feels like Dragon Ball. All Dragon Ball characters here feel powerful; each of them is fearsome fighter in their own right with distinct strength and power. Unfortunately, at the moment the game only features 24 characters in total. Undoubtedly more characters will be included in the future in forms of DLCs, but for now, the current roster can be somewhat disappointing to certain fans. 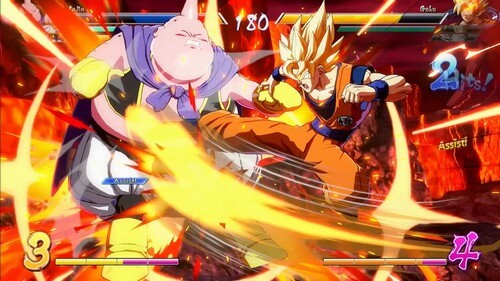 Spamming for the win (Source: Internet)

When it comes to combat mechanics itself, let’s say the game is really easy to approach even for players who haven’t experience fighting game before. There are only 4 attack buttons: light, medium, heavy, and special attack which focuses on projectile attack. There is no complicated mechanic here and everything is easy to perform. All combatants can fly to the sky or shoot fireball in mid-air at ease. You can even easily unleash combo attack with just one button mashing. This simple combat actually works splendidly in this game since we have to control 3 characters in battle. 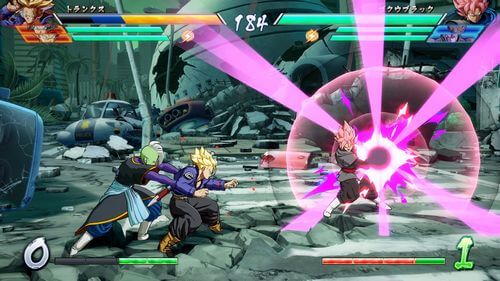 At first, this combat gameplay may sound too simple that it may not be ideal for experienced players. In fact, players can simply spam simple combo for the win. However, its gameplay is actually more in-depth than we initially thought. In fight, it is not simply about mashing button, it is also about precise timing and decision. There are many tools in our disposal and with right time, experienced players can breakthrough low-skilled combo-ing at ease. In addition, when we put 2 players with equal skill in combat, it is more like mind game as players have to predict and make precise decision every moment. Especially if both players have their ability-meter bars fully filled, the fight will be pretty intense. Not to mention, since this is 3v3 we are talking about, switching characters at right moment and unleashing team combo are extremely vital. Therefore, different line-up can bring different combo results and playstyle.

Overall, gameplay in Dragon Ball FighterZ is definitely enjoyable and approachable. It is easy for new players to grab but that does not mean the game lacks in-depth elements. 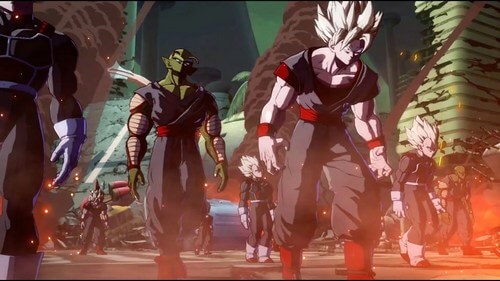 What will happen when all Dragon Ball heroes’ clones attack the world? (Source: Internet)

Ever since NetherRealm remade Mortal Kombat 9 with excellent story mode for a fighting game, other developers seem also start to step up with their games. This time, Dragon Ball FighterZ also includes a story mode which features completely new storyline. In short, Earth gets into a new trouble this time in which tons of clones copied from various warriors on Earth mindlessly attack the entire world. And as always, it’s up to Goku and friends to defend Earth from this new clones threat, and also, a brand new enemy called Android 21. But interestingly enough, the game decided to go a bit meta as for a “certain reason”, all characters cannot unleash their full potential. In order to fight, they need someone else to control their bodies. And as you may guess, that “someone” is us – the players. 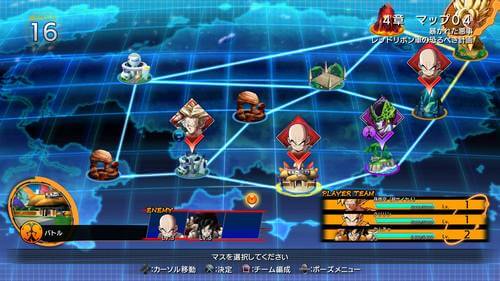 This is literally how you progress the story. (Source: Internet)

The story mode is divided into 3 arcs; each arc features a different perspective and ending. Sounds interesting, isn’t it? But before some of us who may think buying this game purely for the storyline, we suggest considering the second time. Frankly speaking, Dragon Ball FighterZ provides quite an interesting storyline; however, the way they present this story mode is rather much to be desire. If you are imagining a story mode similar to what NetherRealm did with Mortal Kombat and Injustice, high chance you may feel disappointed. For starters, the cutscenes are indeed nicely done in anime style. It does feel like watching an exclusive arc of Dragon Ball. However, this experience is soon interrupted because each chapter is presented like a map with a number of locations connected by a branching path. Each location may include clone battle, but unfortunately, it will get extremely repetitive. The only to progress is to defeat the final boss of each chapter, rinse and repeat. 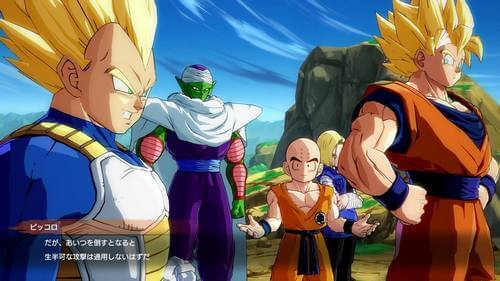 These cutscenes can be pretty enjoyable. (Source: Internet)

Luckily, the saving grace is that certain fights will include an opening cutscene where we can see characters interact with each other. These cutscenes do not exactly affect the overall progress but it is fun to watch. For example, if you have both Goku and Vegeta in your team, you may get to see them arguing to see which one get to fight first. Or, if you have Goku and Gohan in team, there will be a cutscene in which they discuss whether they should try fusion. Most of these cutscenes are kind of humorous and it would be worth grinding for if you are interested. 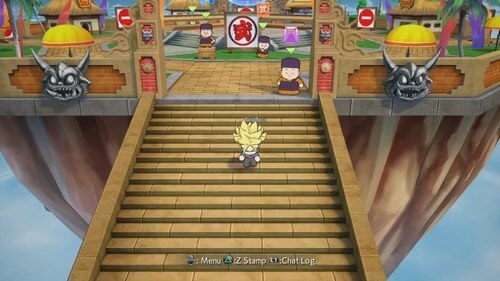 Besides the story mode, Dragon Ball FighterZ also features quite a number of other modes, including Tutorial, Arcade Mode, and of course, multiplayer online. Modes can be accessed via in-game menu hub where you control a chibi avatar with Dragon Ball characters’ appearance. This menu hub is also where you can customize different settings like setting up your team, button mapping, and more… One thing to note, here you can buy Z Capsules, which is essentially Dragon Ball FighterZ’s version of loot boxes. Now, if you are against loot boxes then good news is Dragon Ball FighterZ’s loot boxes are actually not “toxic”. These so-called “capsules” only provide cosmetic loots like avatars. You can buy the capsules with in-game currency called Zeni and surprisingly, earning Zeni is extremely easy and quick. Right off the bat you can earn tons of Zeni by doing Story Mode or the combo challenge mode in practice area. In addition, for each duplicate item you get, you will gain 1 Z Coin. For each 10 Z Coins, you can choose to unlock 1 item of your choice from the Shop Reception. So with that said, let’s head back to the in-game modes. 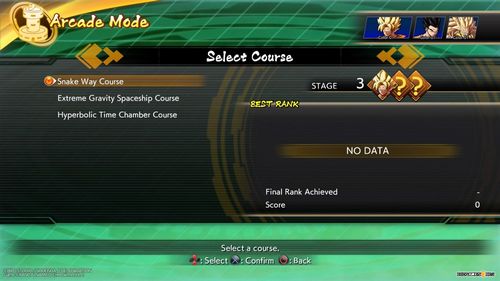 Tutorial mode offers really great training time for new players with lots of convenient options. Arcade Mode in Dragon Ball FighterZ is quite different than many other fighting games’. Unlike the traditional tower progression in which we have to beat different fighters in a fixed row, Dragon Ball FighterZ’s Arcade Mode features different “Courses”, each Course has different branching paths and if you lose a battle, you will be pushed into the lower path. It is a nice touch since it won’t be game over after a single lose; however, you will have to defeat more fighters if you want to win the whole Course. Each time you win a Course, you will unlock a new one with tougher enemies. The difficult rises dramatically in Arcade Mode and therefore, it would be a nice challenge if you are a completionist. Unfortunately, by the time of this review, we haven’t been able to experience online multiplayer yet so we will have to wait. 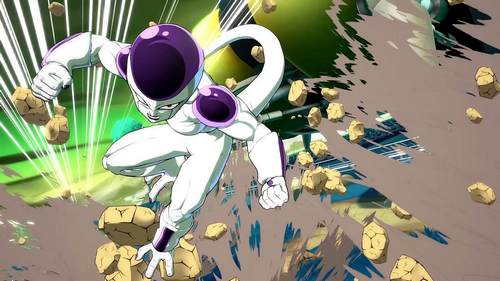 What do you think about Dragon Ball FighterZ? (Source: Internet)

Overall, the final verdict for Dragon Ball FighterZ is an 8/10. It is an excellent fighting game with the true spirit of Dragon Ball series. Arc System Works really did this game justice by delivering a great, in-depth, yet easy-to-approach combat system. Visual and sound are definitely satisfying, especially the character’s models which stick close to the original style of Akira Toriyama. The only things bother us most for now is the relatively thin roster with only 24 characters and the lack of multiplayer in current state. Therefore, it seems we will have to wait until future updates and DLCs. But for now, Dragon Ball FighterZ is a great game, a love-letter to the fans of Dragon Ball.

So if you are also Dragon Ball enthusiast, we highly recommend checking this game out. And for now, thank you and stay tune for more news in the future!