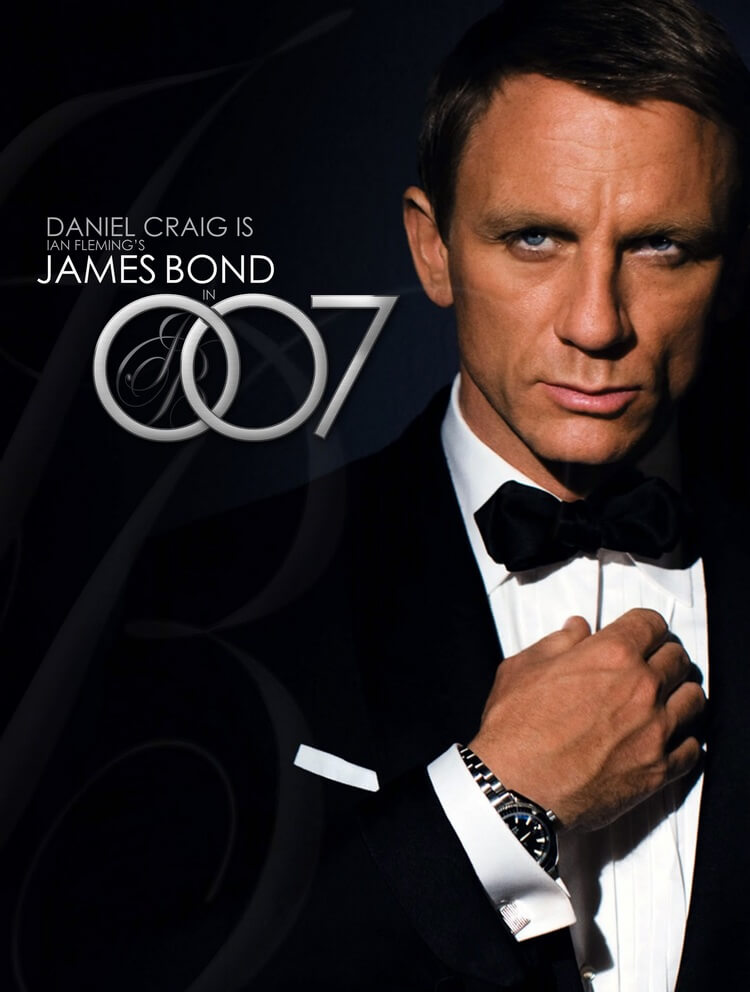 We have to admit, James Bond nowadays does not have as much popularity as before. Younger generations have probably heard of the charming spy – 007, yet many probably do not understand how “legendary” this 007 franchise is. But from the 1960s to early 2000s, James Bond was definitely huge and almost all people knew about it.

Since 1960s, James Bond franchise had tons, tons of movies and 007 himself played by various actors, starting with Sean Connery James Bond from the film Dr. No in 1962 to Diamonds Are Forever in 1971. After Sean Connery’s era, Roger Moore stepped up to the franchise from 1973 to 1985. In 1995, 007 makes his another return from 1995 to 2004, played by Pierce Brosnan, kicking off with GoldenEye in 1995. This was also the time when the blockbuster game GoldenEye 007 released on 1997 and received tons of praises from players. Finally we have the reboot of James Bond 007 with Daniel Craig’s version. In this reboot version, viewers get see more of James Bond’s personal background story. And of course, we have more fancy visual and epic 007 actions.

That said, again James Bond franchise is no longer as hot as what we’ve seen in the past. But hey, that’s not what we focus today, but rather, the legendary Aston Martin cars sided with James Bond. 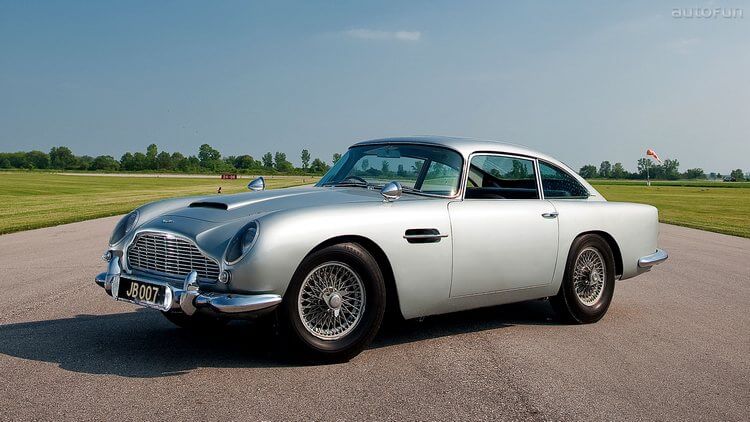 The charming spy James Bond with codename 007 is definitely a talented man, armed with many cool gadgets. And of course, what is a spy if he does not have a trademark car for his own? In 007’s case, it is definitely Aston Martin DB5.

For the standard build, Aston Martin DB5 uses DOHC Straight-6 4-litre engine, which gives the car an impressive 282 bhp at 5,500 rpm (remember, this is 1964). The DB5 can reach the top speed of 143 mph and it takes 8 sec to accelerate from 0 to 60 mph. In terms of look, the DB5 definitely looks charming, hitting the standard of its prime. In the film Casino Royale 2006, DB5 still made its charming return alongside with the new Aston Martin DBS V12. 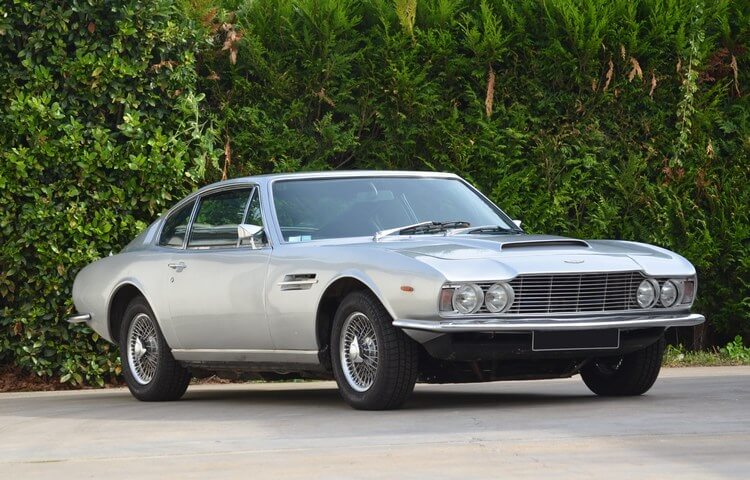 The Aston Martin DB5 is 007’s trademark indeed, but sometimes even the British finest cannot just use a single car. In the film On Her Majesty’s Secret Service 1969, 007 returned with a new companion: Aston Martin DBS. Curiously, this new companion does not include any gadgets like the previous DB5, except for the custom storage. Another big difference from the DB5 is that it does not have bulletproof glass. Why is this a big deal? Well… in the final scenes of the film, Tracy – the new woman of Bond’s life was shot through the glass, making it one of the most heartbreaking scenes of 007’s history.

Now, back to the car itself. The DBS was built to succeed the Aston Martin DB6. This intension clearly reflected right at its appearance. The car looks more modern than its predecessors, but it still retains the traditional Aston Martin design like the side air vents or the stainless steel brightwork. For the engine, the original DBS model still uses the DOHC Straight-6 4-litre engine, with the power of 283 bhp and top speed of 162 mph.

In 2007, the name DBS made a comeback with the new DBS V12 model, which also made its first appearance in 2006 Casino Royale. But let’s put it there for now and we will talk about it later. 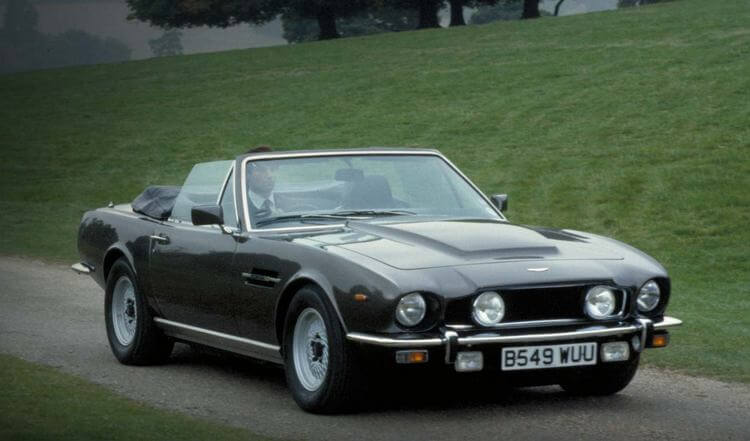 After the Aston Martin DBS in On Her Majesty’s Secret Service, the filmmaker team turned to Lotus Esprit for the film The Spy Who Loved Me and For Your Eyes Only. Despite Bond’s successes with the car, “fate” once again wanted Aston Martin to be Bond’s companion. This leads to the use of Aston Martin V8 Vantage for the film The Living Daylights 1987. In the film, Bond used both Volante and Coupe version of V8 Vantage, which caused fans a bit of confuse. The reason for this confusion seemed to be due to certain problems when the filmmaker team waiting to receive the Volante. As the results, the team resolved to buy three “second-hand” Vantage.

In this new film, the V8 Vantage was modified (like most of Bond’s cars) for many new installments, namely:

In real-life version, Aston Martin V8 Vantage, of course, does not include such “outrageous” features above. Instead, it was built to be the British first supercar with the powerful 5.3-litre V8 engine with 380 horsepower. The supercar can reach the top speed of 168 mph and boost from 0 to 60 mph within 5.3 sec. And as we already knew, the V8 Vantage came with two versions: Volante and Coupe, both were used in film. 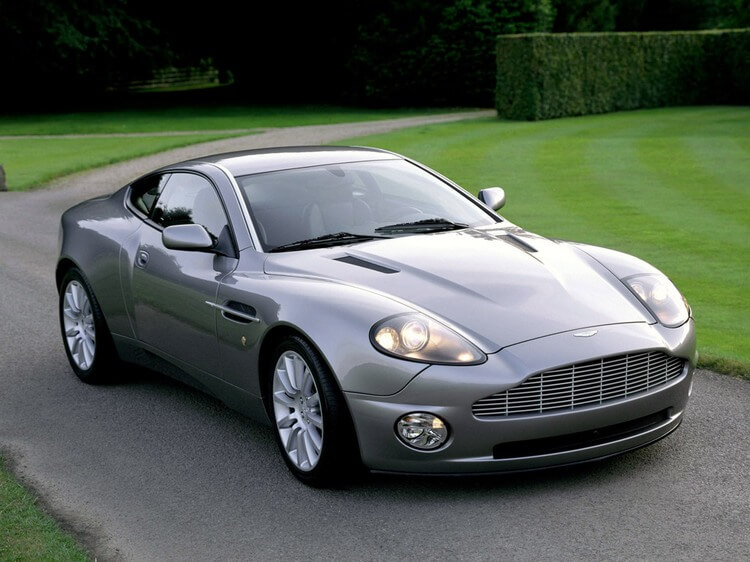 In 2001, Aston Martin Vanquish was introduced as the replacement for the Virage. Needless to say, this car gained tremendous popularity back to the day thanks to the James Bond film Die Another Day 2002. The Vanquish was the main vehicle of choice of Bond and naturally, it included tons of modifications. It is probably the most “ridiculous” James Bond car to date as it was heavily weaponized with shotguns, machine guns, rockets, and especially the camouflage mode. 2002 was also the time when James Bond video game Nightfire released, also featuring the Aston Martin Vanquish. But in this article, let’s not talk about game version.

For the standard car itself, Aston Martin Vanquish comes with 5.9-litre V12 engine, providing the car a whopping 460 horsepower. Its top speed record is 190 mph and its 0-60 acceleration is 4.7 sec. In 2004, it got a second version which was Aston Martin Vanquish S, featuring many upgrades over the old model.

*Fun fact: After the film Die Another Day’s release, it was voted as the third Best Film Cars Ever. And guess what… the car couldn’t win against its predecessor Aston Martin DB5 (ranking number 1). 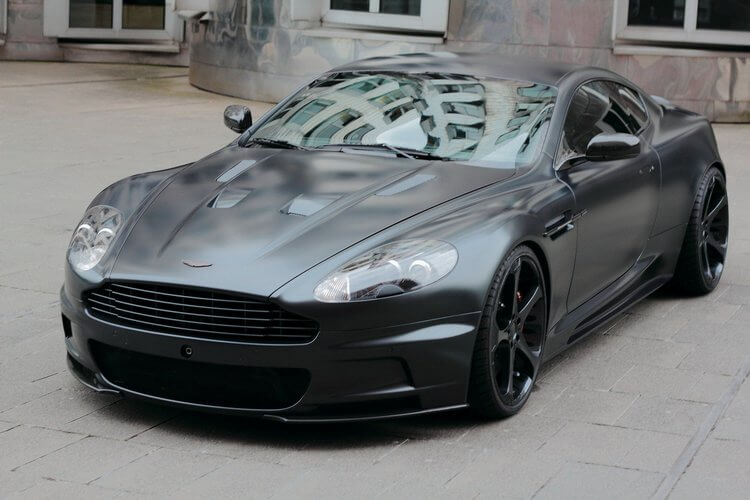 In 2006, James Bond made a new return with a new actor: Daniel Craig. But 007 was not the only who made his return, the Aston Martin DBS also came back, with a whole new style. For the “real” car itself, Aston Martin DBS V12’s official unveil was actually in 2007, although it first appeared with 007 in Casino Royale 2006.

As for the James Bond’s version, the DBS V12 made its appearance in both Casino Royale 2006 and Quantum of Solace 2008. Interesting enough, like the original DBS, this Aston Martin DBS V12 also did not include any sort of gadget, besides a field medical kit (luckily no one died inside the car though). In the film, the car was destroyed when Bond chasing Le Chiffre. However, the car which crashed with 7 times roll was actually an Aston Martin DB9, modified to look like the DBS V12. 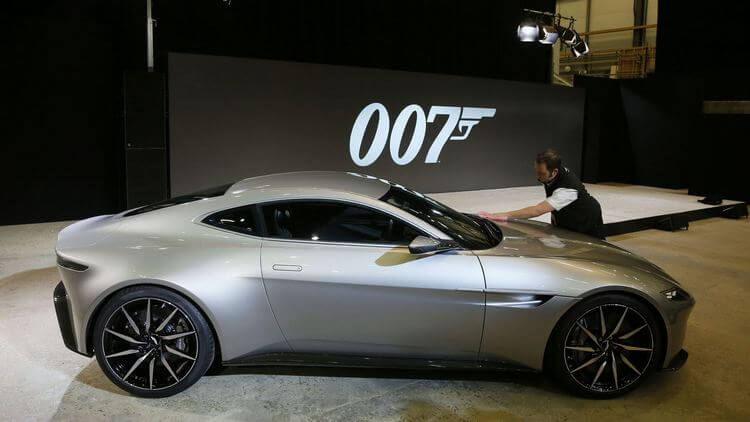 The latest member of James Bond car family (hopefully not the last) is Aston Martin DB10, appeared in the 2015 Spectre. This car is arguably the most “funny” James Bond’s Aston Martin to date: When the car first introduced to Bond, Q said that it was originally built for 009 (Of course, our 007 was not happy with this news). That said, on the following day, Bond stole the car in order to catch Mr. Hinx (driving a Jaguar). It was supposed to be an “easy” chase until turned out that the car was just a prototype. Its rear machine gun could not be fired since there was no ammunition. As the results, 007 instead used the flamethrowers from the exhausts to burn Mr. Hinx’s Jaguar. In the end, the poor $3-miliion prototype crashed into the Tiber River, while Bond escaped via ejector seat.

As for the car itself, Aston Martin DB10 was intentionally built for the film Spectre only and therefore, it was not a production-car. Only 10 Aston Martin DB10 were built: eight of which were for the movie, and other two for promotional purposes. By the time of this article, the two promotional DB10 were auctioned. Besides those two purposes, the DB10 was also meant to test the design idea, which will highly be used for the later Aston Martin.

And that’s it folk! What do you think about James Bond and Aston Martin arsenal? Feel free to share with us and for now, thank you and stay tune for more news in the future!

One thought on “James Bond and Aston Martin – The Story of Legends!”