In the last “episode”, we have taken a look at the incredible James Bond 007’s Aston Martin rides throughout 007 histories. And today, it would be a great idea to take a step back and enjoy James Bond’s Spectre movie, specifically his latest Aston Martin arsenal: Aston Martin DB10. So, what is it like to be in this exotic James Bond’s ride? Let’s find out! 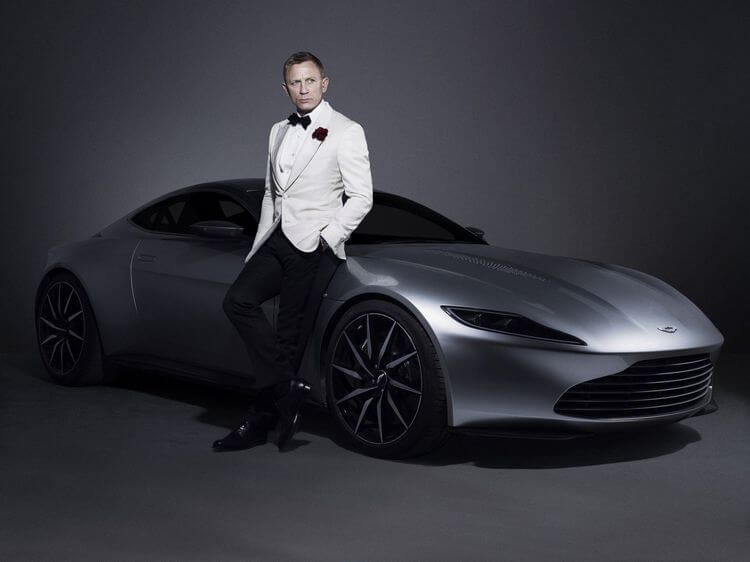 Aston Martin DB10 first introduced in the 2014 official press launch of the movie Spectre at the 007 Stage in Pinewood Studios. This charming DB10 was built exclusively for the 2015 007 film Spectre and it also marks the 50 years anniversary of Aston Martin’s partnership with James Bond 007 franchise. Leading the design for this sexy spy car was creative officer chief of Aston Martin – Marek Reichman, together with Spectre’s director – Sam Mendes. The aim was to “create the ultimate car for the world’s most famous spy”, and of course, the final product of Aston Martin is truly no joke. Not only that, it also serves as a hint for the future Aston Martin design.

Unfortunately for James Bond or Aston Martin’s enthusiasts, the DB10 was built for the movie only. Specifically, Aston Martin team built 10 DB10 models, in which 8 of them were for the movie while the other two were for promotional purposes. In 2016, only one DB10 was sold from an auction at the price of $3.5 million. That said, Aston Martin DB10 is not production car and therefore, it is not street-legal. Still, from the owner’s perspective, having a James Bond’s exclusive ride is definitely a cool experience indeed. 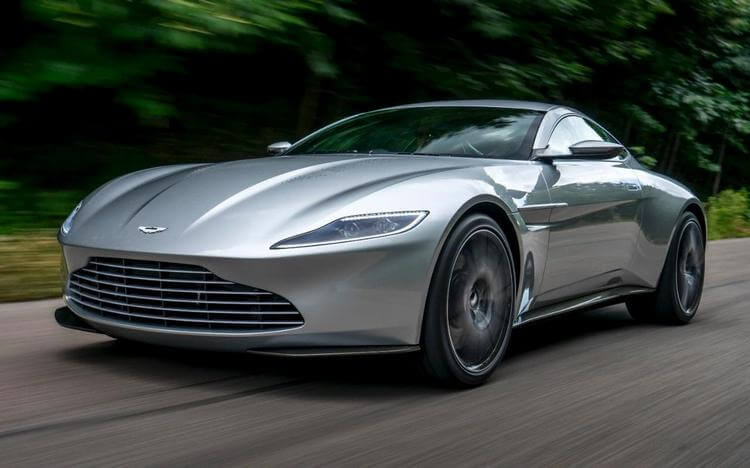 As a concept sports car, Aston Martin DB10 uses the 4.7-litre V8 engine, providing a considerable 500 horsepower with 190 mph top speed. According to James Bond himself (in the film of course); this 007’s new ride can reach from 0 to 60 mph within 3.1 seconds. However, in reality, the actual 0-60 mph record is around 4.8 sec. Now some of us may feel disappointed about the Aston Martin DB10, but let’s remind us all that it is concept car for filming only. But even so, the great part about the DB10 is not really about its speed, it’s more about the driving experience. 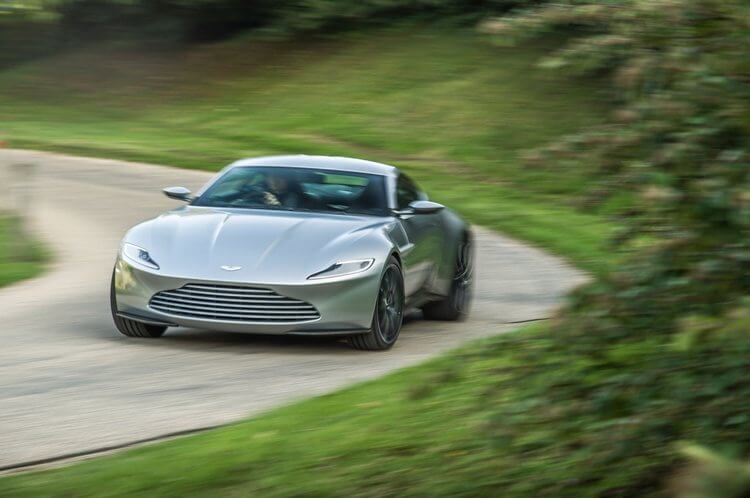 To some extent, we can say the Aston Martin DB10’s handling feels like a V8 Vantage S. Despite its somewhat clunky gear shift, the sensation when shifting gear manually is actually good. The DB10 equips with 6-speed manual gearbox and it is driver-focused design, as the results, controlling the DB10 is quite a cool experience.

Aston Martin DB10 gives drivers great control, including the incredible carbon-ceramic brakes. Especially at fast corners, the car is still capable of giving high stability. The Aston Martin DB10 really gives out a nice riding sensation. Everything feels natural, making us feels like we intuitively knows what we are capable of when riding the car.

Again, if we compare the DB10 to other models like Aston Martin DBS, it may not feel as good. Still, overall DB10 offers a great ride, great enough to be James Bond’s new companion of choice. 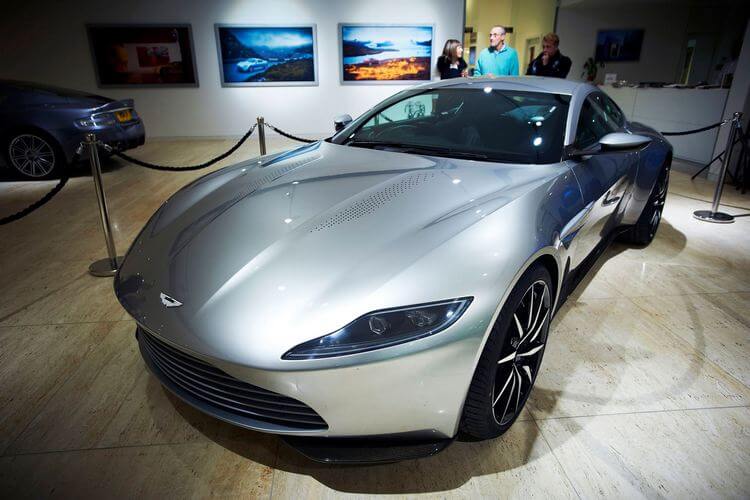 Since Aston Martin DB10 was the design for future models, Aston Martin also tried to hint new things with this DB10. At first glance, the DB10 seems to base on Vantage V8’s design, but with many tweaks while still being able to retain the traditional Aston Martin traits.

The DB10 possesses a carbon-fibre body, coated with aluminum chassis. By the look of it, this new James Bond’s ride definitely looks luxurious and charming. It possesses more smooth design with optimized parts. To some extent, it is more like to have a one-piece part from the back to the front with Aston Martin’s iconic sloping hood. On top of that, aerodynamic is another big point as it was designed alongside with the appearance design, typically from the two front air vents to the rear ducktail.

When the team designing the DB10, they want it to express the strong characteristic of Bond, while still be able to keep the unique style from Aston Martin. One of the most notable traits is the wider back line with muscular haunches to show more power of a rear-wheel-drive ride. And to make the car more feels more Bond’s exclusive, the DB10 also comes with unique wheel style. But that said; it will probably be featured in certain future Aston Martin models. For starters, Aston Martin DB10 greets us with its typical Aston Martin swan door, opening in slight upward curve. Thus, what we can describe is luxurious leatherwork throughout the interior.  The DB10 is a driver-focus design with 6-speed manual gear box, as the results, the driver seat is quite pleasant. But at the same time, you will notice that the DB10 interior is much “simplified” for the sake of filming.

The windows are fixed and there is no air conditioning; therefore, driving inside the DB10 can be really hot. There is no soundproof either, but it is not necessary a bad thing since the DB10 sounds extremely incredible. Another interesting notion is that there is no engine key to begin with. Instead, the design team put a system inside for quicker engine start, all for the sake of easier filming.

What do you think about Bond’s new ride? (Source: Internet)

Overall, Aston Martin DB10 is indeed a fine concept car and it looks truly amazing in James Bond film Spectre. The shining point of the car is probably the exterior design and it marks the upcoming changes for the future Aston Martin model. Its car control is also another great part since it provides excellent steering and stability even at fast corners. Since it is a concept car built for filming, the DB10 will not be a good choice for driving in real-life. But in the movie, the world’s most famous spy 007 definitely enjoyed this new ride. But if you really want to enjoy a “near-007” driving experience, getting Aston Martin DB11 will not be a bad decision.

And that’s it folk! What do you think about the world’s most famous spy’s ride Aston Martin DB10? Feel free to share with us and for now, thank you and stay tune for more news in the future!

2 thoughts on “An Aston Martin DB10 Review: What’s It Like To Be In James Bond’s Ride?”