In Marvel Universe, we have tons of great superheroes like the Avengers, X-Men, Fantastic Four, and more… And in order to heroes to shine, what we desperately need is an awesome roster of villains. Luckily, there are tons of outstanding Marvel villains who are both powerful and merciless. Some villains are so powerful that they are capable of killing the entire world. While others are not that powerful, yet they are cunning and evil at heart.

Very soon, we are going to see the incredible bad guys in action in Thor Ragnarok and Avengers Infinity War. And so, now is the good time to take a look at the top 10 Marvel villains to date! Let’s find out! 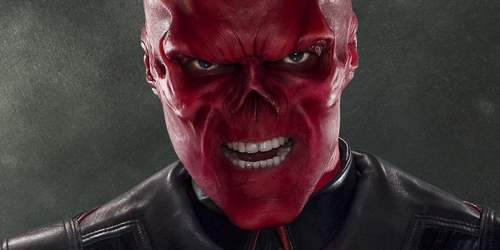 In Marvel Universe, the Nazi loyalists like Hydra have always been a big problem to the world, especially America. Initially the Nazi threat existed during World War II, led by the infamous Adolf Hitler. However, this Nazi threat is still posing great danger even now, typically the Hydra terrorism organization. And so, who could be more suitable to lead such a great danger than Red Skull – Supreme Leader of Hydra?

Red Skull, or Johann Shmidt, has an extremely firm belief in Nazi ideology and he shares a great hatred towards Captain America. He is truly a symbol of villainous Nazi and he has committed various atrocious acts. Later on, he has become even more dangerous when he successfully stole the brain of Professor X, the world’s most powerful psychic. Of course, Red Skull isn’t the most powerful villain Marvel has ever created. Yet, his evil mind and Nazi faith always pose a constant danger to the world. 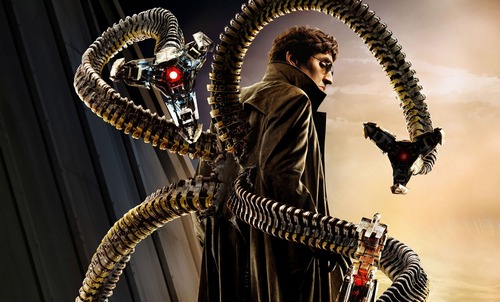 For people who have just followed Spider-Man movies, Doctor Octopus may not look worthy to be among top 10 Marvel villains. But on the contrary, he deserves a spot among Marvel villains since he is the villain who successfully “killed” his hero rival: Spider-Man.

Doctor Octopus, or Otto Octavius, is well-known for his powerful 4 tentacle arms, and more importantly, his genius mind. In terms of potential threat, Otto once almost brought New York and even the whole world to ruins. That said; Otto’s most successful feat was to hijack Spider-Man and gain full control of Spider-Man body. To some extent, Otto isn’t totally a villain. During his time controlling Spider-Man, he gradually learned about heroism and responsibility. Ultimately, at one point he decided to let Peter Parker regain his control.

In the end, despite Otto’s time being Spider-Man, he is still indeed one of the most impressive Marvel villains to date. 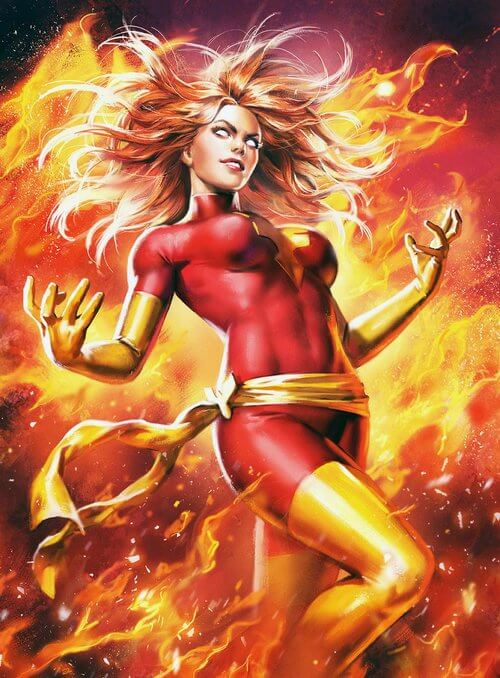 Phoenix Force, the most powerful force in the Universe (Source: Internet)

The Phoenix Force isn’t always “evil”, yet, it has been Jean Grey and the X-Men’s curse. Although Jean Grey gained the immense power from the Phoenix Force, she cannot always control this overwhelming force. Some of us may think that luckily she is with the X-Men. But what would happen if she got corrupted? The answer was the Dark Phoenix, one of the greatest threat X-Men has ever faced.

The Dark Phoenix event happened due to Jean Grey being mind-controlled by the villain Mastermind. This caused Jean Grey to become Dark Phoenix and destroyed an entire solar system. Afterwards, she returned to Earth and confronted the X-Men. Even though she was “defeated” by the X-Men, it was thanks to Jean’s sacrifice that the Phoenix Force was stopped from running rampant.

In the end, the Dark Phoenix event was still one of X-Men’s most iconic stories to date. 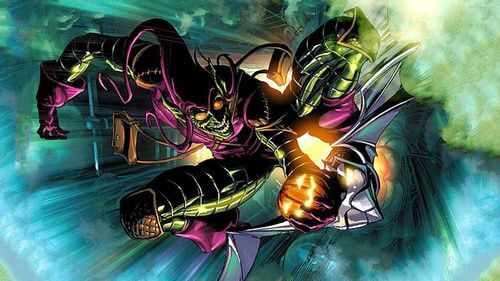 Talking about insanity, Norman Osborn, or Green Goblin, is definitely one of Marvel’s most insane villains. At first glance, Green Goblin may just look like a lousy goblin causing troubles in New York. Yet in reality, he has done tons of damage to Peter’s life and even the Avengers. The Green Goblin is responsible for many miserable events in Peter’s life, including the death of Peter’s love, Gwen Stacy. 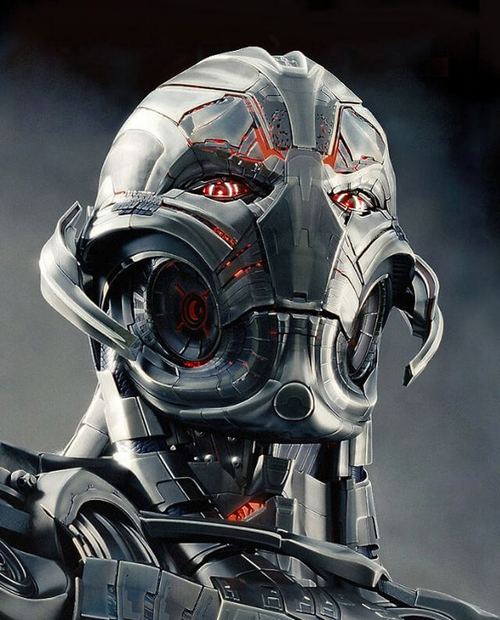 What would you do to fight against the Age of Ultron? (Source: Internet)

Ultron is quite popular nowadays, especially after the movie the Avengers Age of Ultron. Indeed, Ultron is a huge threat to the Avengers and the world. It is nearly indestructible and it will always return to bring destruction to everything.

He originally was a creation of Hank Pym in order to help mankind. Unfortunately, what Pym created was instead a genocidal maniac who tried to destroy the world and his creators numerous times. In fact, Ultron “used to succeed” in conquering the world in the Age of Ultron event. However, this event was prevented by Wolverine and Sue. They travelled to the past and informed Hank Pym about the threat by his creation. In order to help the future Avengers, Pym uploaded a virus into Ultron. Ultimately, the virus successfully prevented Ultron and help the Avengers destroyed him.

What makes Ultron dangerous are his learning and self-upgrading ability, along with ability to duplicate himself. Combining with his indestructible adamantium body, Ultron is a constant danger which the Avengers have to deal with. 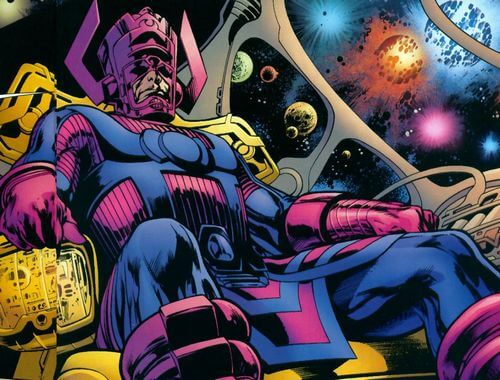 Frankly speaking, it is quite difficult to decide who should be number 5 on the list: Galactus or Thanos. For now, we go with Galactus as number 5.

Galactus is an imposing god-like being with power to devour planets. He’s in charge of wiping planets in order to keep the balance of Universe. Galactus has set his eyes on Earth numerous times, eventually he becomes one of the greatest threats Earth ever faced. So far, no Marvel heroes have actually “succeeded” in defeating Galactus. At most, our heroes have only been able to drive him away temporary.

With the current Lifebringer event, Galactus has transformed to Lifebringer with the help from the Ultimates team. He is now recovering his power in order to face the one chained Eternity. 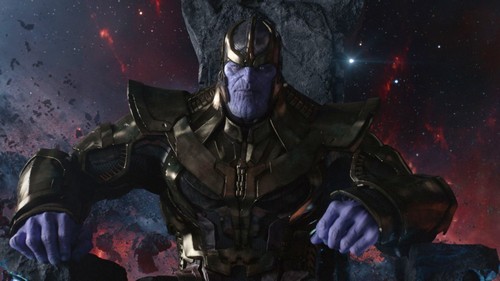 Most of us most have heard of this big baddy right now, even among those who don’t follow Marvel. He was widely known as the Dark Titan or Mad Titan. Inherently he possessed various powers such as superhuman strength, superhuman intelligence, matter manipulation, invulnerability, and many others.  As strong as he already is, Thanos even possessed the Cosmic Cube and the infamous Infinity Gauntlet which allows him to reign over all aspects of the Universe: time, space, power, reality, the mind, and the soul.

Thanos is so insanely strong that he even destroyed half of Universe’s life. He also shares an insane love for Death herself and he readies to do everything to impress her. As a dangerous being that are both mad and universally powerful, Thanos’s name is enough to threaten almost every life in the Universe. 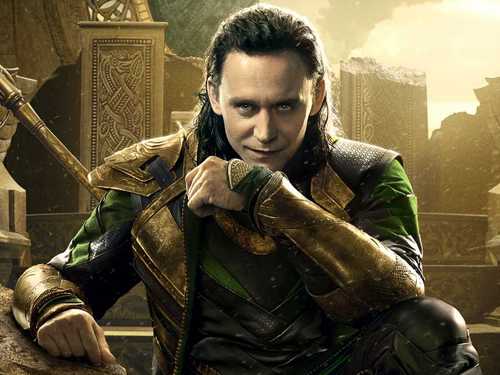 The infamous God of Lies and Mischief, Loki, is another popular villain to date, especially after his portray by Tom Hiddleston in the Avengers.  As Asgardian God of Lies, Loki caused numerous mayhems to Thor and Marvel heroes. He is also the very reason why the Avengers were formed in the first place.

In later events, Loki was dead and resurrected as a young boy. He joined the rank of Young Avengers, and later on, an Agent of Asgard. In the current God of Stories event, Loki had to choose between two paths: to become his old evil self, or to destroy himself and complete his own story without regret. Yet, Loki chose a third path for himself and called himself as Loki, God of Stories.

It is still a great mystery about Loki since we still don’t know what Loki will do next as the God of Stories. Still, since he called himself as God of Stories, we can expect a great new story caused by him. 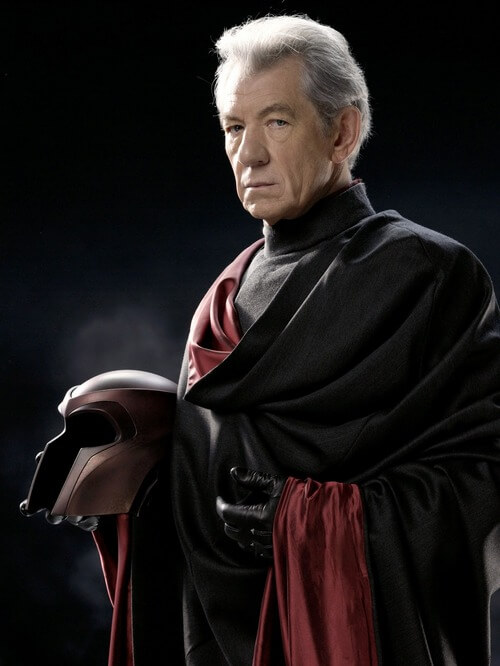 Currently Magneto has changed to good side after his joining with X-Men in order to find a way for the mutants and normal human coexistence.  However, when we speak about Magneto, we still remember him as an infamous enemy of X-Men and more importantly, normal humans.

Magneto shares a great hatred towards normal humans due to extreme discrimination towards mutants. He has thrived to bring a better future for mutants, but with extreme methods. Magneto alone is extremely powerful with his magnet ability. Furthermore, he is extremely vile and dangerous in it comes to planning. As a famous X-Men enemy in both comics and movies, Magneto indeed deserves the second spot on this list. 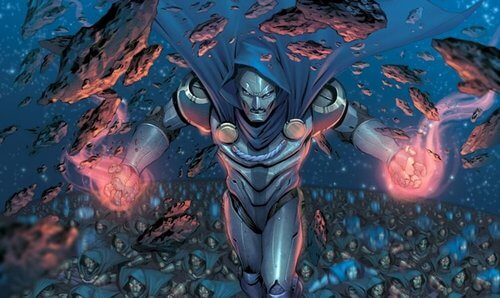 Many people just know Doctor Doom in movies as Fantastic Four’s most dangerous foe. However, he is even a greater threat in comics. Doctor Doom is probably the best symbol of Marvel villain: a mortal human with great thirst for power and he won’t stop at nothing to achieve more power for himself. He even sold his girlfriend to demons in order to gain even more magical power. Ultimately the demons granted his deal by skinning his love alive to make him an armor.

In terms of power, he is among the most powerful sorcerers in the world who even rival Dr. Strange for title of Sorcerer Supreme. He is also among the top intelligence man on Earth with the power to create various devices such as Time Machine. He also played a vital role in the Secret Wars in which he killed Beyonders and stole their power.

Due to his great feats as a villain and his evil mind, Doctor Doom is indeed one of the most, if not the most, fearsome villains in Marvel Universe.