Marvel Secret Empire event has ended for quite a while now, and its negative impact upon the Marvel Universe and even readers still persist. As interesting as the Secret Empire’s idea can be, this new event series is still the second-worst selling comic in the history of Marvel. Although the world state seems to “back to normal” after the ending in Secret Empire #10, the whole event still leaves a bitter taste. And so, a question arises: “why Secret Empire is hated so much by fans and readers? What did go wrong?” Let’s find out!

*Note: The opinions listed here mostly come from other readers and fans. Therefore, they do not necessarily reflect our personal opinion about the event.

What Happened in Secret Empire?

Before we find out what people think about Secret Empire, first off let’s have a quick recap of Secret Empire story!

The Secret Empire begins on 2016, typically with the Captain America Steve Rogers series. The story begins with Captain America “accidentally” threw Jack Flag down from a Hydra aircraft, which is carrying Dr Selvig. Then, Captain America said a “bizarre thing” which causes great disturbance among fans: “Hail Hydra!” 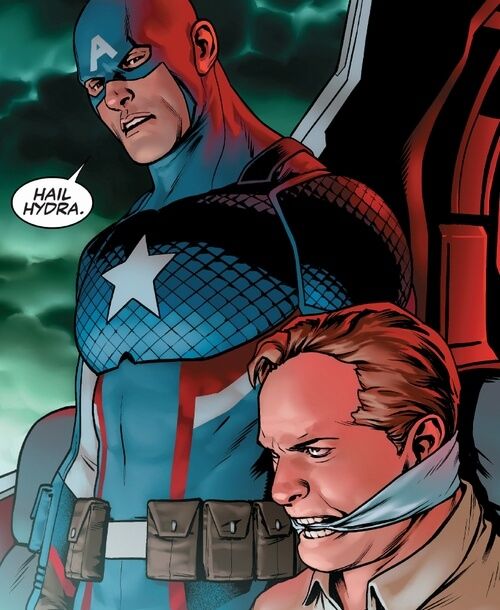 Turned out, Red Skull possessed the power of Cosmic Cube, which created a sentient being named Kobik. Red Skull commanded the Kobik to convert Captain America into his underling. However, Kobik did more than what Red Skull expected, she changed the entire history. What’s really shocking is that Captain America is a Hydra agent all along. He was adopted by Madame Hydra since he was a kid. Even since, he was trained to become a Hydra’s greatest agent. In this twisted version of history, Steve Rogers still became Captain America, but he is also a Hydra’s agent and secretly gathering intel for Hydra. 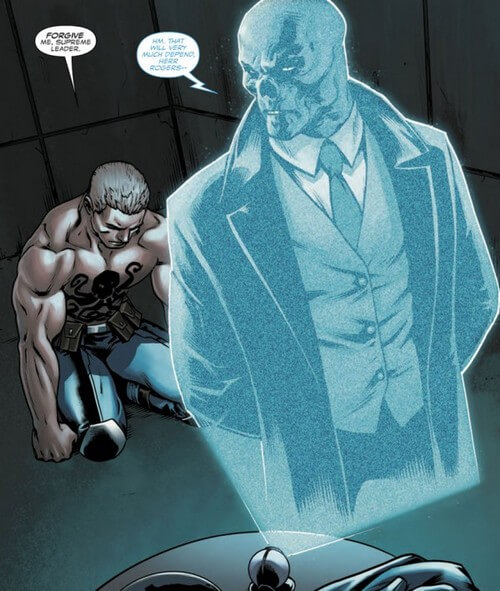 The story became more twisted when Steve claimed that he was a secret agent of Hydra all along. The Kobik didn’t brainwash him, it just simply revealed his true identity to Red Skull. In this twisted story, Steve Rogers and Baron Zemo are actually childhood friends. Together, Steve Rogers ruined S.H.I.E.L.D and the Avengers from the inside, while Baron Zemo gathered allies for the coming of True Hydra. Eventually, Steve killed Red Skull and ultimately became the Supreme Leader of Hydra.

Continuing the story from Captain America Steve Rogers, Hydra finally claimed control in America with Steve Rogers as its Supreme Leader. After a long time searching, the Supreme Leader (or often referred as Hydra Cap) gathered almost all the pieces of Cosmic Cube and he finally changed the world based on his vision. In his vision, the Hydra actually won the World War II and influenced the whole world. Despite the Avengers’ effort, they couldn’t stop Hydra Cap’s godlike power. 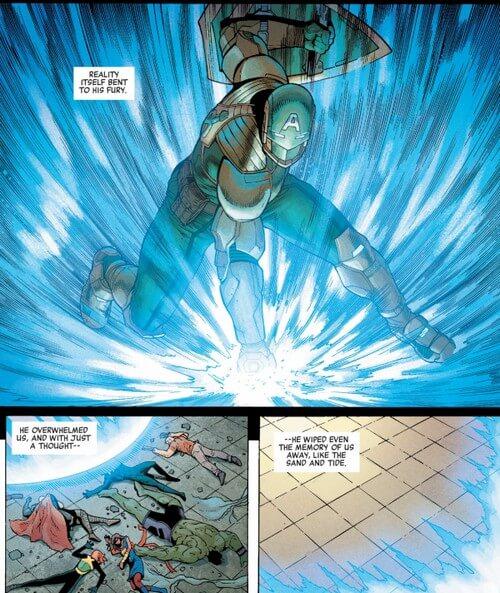 No one can match power of godlike Hydra Captain! (Source: Internet)

That said, things didn’t continue well for Hydra Cap for long. Sam Wilson gave Hydra Cap the final piece of Cosmic Cube, but with a little tweak in it: Ant-Man and Bucky Barnes already shrunken themselves that they can tread the microverse inside the Cube. They successfully rescued the “true” Steve Rogers and Kobik, rendering Hydra Cap powerless. Kobik reversed everything done by Hydra Cap, bringing the world back to its normal state. Meanwhile, the true Captain America (or should we say… “Good Cap” for short) battled with Hydra Cap in a solo fight and triumphed victory.

Good Cap’s victory marked the end of Secret Empire, which brings the world back to normal. However, the reign of Hydra actually did happen in present days and it affected the whole world. Now Good Cap has to struggle with people’s resentment, and also his evil version Hydra Cap. In Secret Empire Omega, it hinted that Hydra Cap will likely to return one day with his Hydra loyalists.

What People Think About Secret Empire?

Though the Secret Empire ended with Good Cap’s winning over Hydra Cap, in general Secret Empire DID leave a bitter taste for fans and readers. Many people hate Secret Empire event, some even said to boycott against Marvel due to this “ridiculous” event. While we know that this is just comic, which is not and it won’t ever be true. Corrupting an iconic character like Captain America always has big impact to readers. The fact that they turned Captain America to a Nazis-pros Hydra leader is a pretty big controversy. Thus it explains why there are so many love and hate opinions about Secret Empire event. 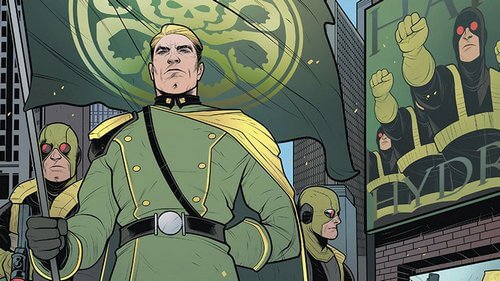 If we think about this seriously then this issue will be a big question mark. Many people think that by letting Hydra control America, it’s similar to letting Nazis win the World War II. Of course, the idea alone is terrifying enough to imagine, not to mention visualize it in a comic with real-life America.

To some extent, the story of Secret Empire could have been a good story which reflects the danger of blind devotion into the twisted version of American exceptionalism. And through Hydra’s hand, this twisted ideology became reality with oppressive and manipulative authority. But nonetheless, the idea of an American patriot becoming a fascist is truly a dark story indeed. This idea is always uneasy for many people, especially when Nick Spencer claimed that this Hydra Cap is “not a clone, not an imposter, not mind control, not someone else acting through Steve.” If what Nick stated is true then who is this Good Cap? Who is the original Captain America and who is the doppelganger? 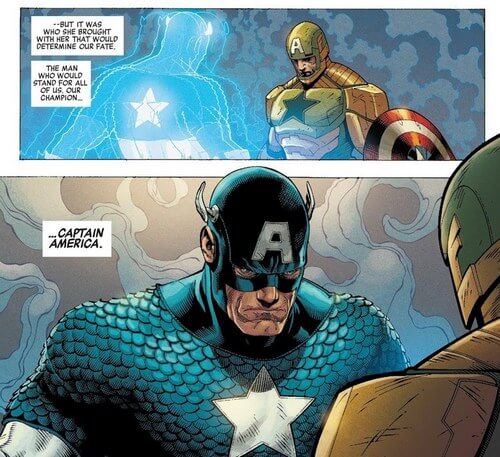 Who is this Good Captain America? Is he the original? (Source: Internet)

Another point Nick Spencer claimed is that Hydra Cap’s faction is not Nazis. However, this statement seems hardly legit? Especially if we consider Good Cap’s quote: “I know what you are, and I’ve been fighting you my whole life” (which highly refers to World War II period). Again, many readers believe this is just another form of Nazis. And the idea of Nazis winning World War II or Nazis controlling the world seems to be incomprehensible.

Secret Empire, did it fail?

If we consider the selling rate then yes, Secret Empire is likely to be one of the worst Marvel stories to date. For people who consider political aspect in this story, Secret Empire event is like a big “slap”. It is a disturbing story about Nazi, and many people hate it due to the very same reason. But for those who aren’t bothered by political aspect, how good is Secret Empire?

Frankly speaking, Secret Empire did quite a good job in building a new conflict. It has dramatic and betrayal element, it has quite an impressive villain: Hydra Captain America, or Evil Steve Rogers. This evil version of Steve Rogers is cunning and manipulative. He succeeded in fooling the S.H.I.E.L.D and the Avengers, tricked them into an internal conflict and set foundation for the rising of Hydra. The story could have been an iconic story of betrayal and politics; yet, Marvel decided to end this story in a rather disappointing manner. 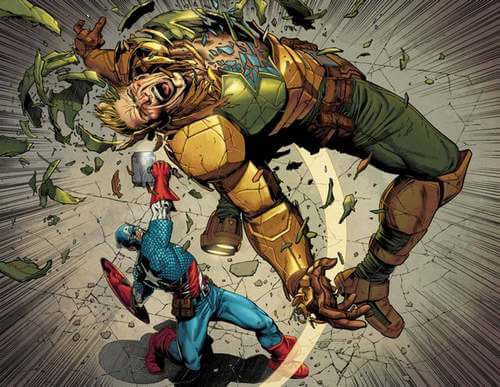 In the two final issues, the story of Secret Empire brought out a weak ending with many unexplained plot holes. The whole Secret Empire event ended in a typical “good guy fight bad guy” motive, with good guy always wins the day. In results, we have a forgettable story with an interesting start, yet the story gradually becomes rather predictable and unattractive.

3 thoughts on “Marvel Secret Empire Event – What Did Go Wrong?”