This year’s Call of Duty includes quite a lot of game modes, namely: Team Deathmatch, Domination, Hard Point, War, Search and Destroy, Gridiron, Kill Confirmed, Free-For-All. Each mode has its own unique rules and play styles and therefore, understanding them is necessary. After all, information is a weapon, and to win a war, you need info: 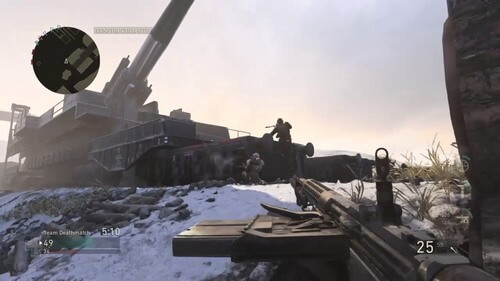 You have one goal: Kill!!! (Source: Internet)

This is our “traditional” Call of Duty mode where most soldiers come to kill… and also die of course. The goal is basically the same: our team has to kill enemy players faster than the opponent teams. Since it is mostly “killing fest”, having tons of allies is actually a great benefit in this game and therefore, it should be best to stay with our fellow soldiers.

Again, this is another traditional game mode in most FPS online games. In this mode, there are 3 points on the map. The team which captured the point will accumulate points and by the end of the match, the team which has more points will win.

This mode’s goal is quite similar to Domination in terms of capturing point on the map. However, there is only one point on the map and after a certain timer, the point will move to another location on the map. The next location is pretty much random and therefore, it is important to take notice of the timer. Also, we may want to scatter around the map a bit just before the timer’s end in order to find out the next point as early as possible. 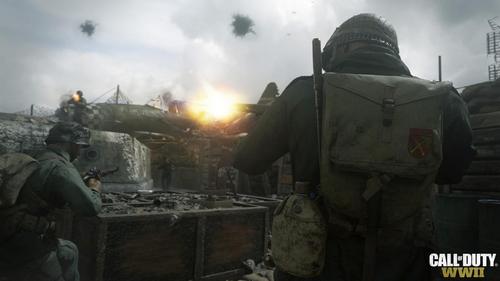 Are you ready to join the true War? (Source: Internet)

War is kind of… new game mode in Call of Duty. It is a multi-stage mode in which attackers and defenders have to compete throughout multiple stages on a single map. The goal of the attackers is to capturing a point and building bridge. Next they have to place a bomb and defend until it explodes so that they can escort a tank to the map’s end. This is quite a difficult work for attackers since there are many steps and especially a timer. On the other hand, the defenders’ job is of course: preventing attackers from finishing their “business” until the timer ends.

This mode basically reminds us of traditional Dust map from Counter Strike in which the terrorists have to plant bombs at certain areas. Search and Destroy is pretty much the same, except that the 2 teams will take turns planting and preventing the bombs.

This is yet another new game mode in Call of Duty WW2. In this game there is a single ball in which each team has to compete to grab it. Next, the team which gets the ball has to bring it to the enemy team’s goal in order to win. Unfortunately for the ball carrier, all players can see the ball’s location and the carrier. 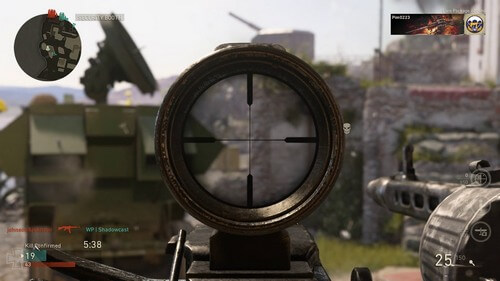 Killing is not enough, you have to collect the enemy’s dog tags. (Source: Internet)

Kill Confirmed is quite an interesting mode since besides killing enemy players, we also have to get the dog tags from them. Each gathered dog tag will count towards the total results, so basically the team gets more enemy dog tags will win. The thing is: each team can recover their own team’s dog tags and therefore, pure killing does not mean absolute victory.

So, you have tried all the modes above and want to have something purely fun? In that case, we gladly introduce Free-for-All mode which basically throwing bunch of players into a “battle arena” and kill each other. There is no team, only you can rely on yourself. 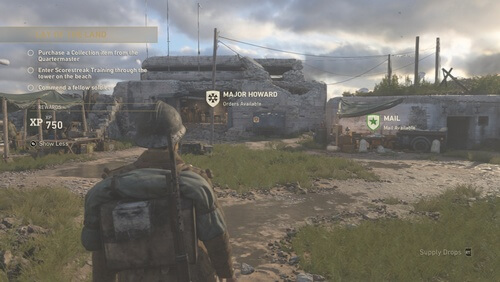 A day in the Headquarters (Source: Internet)

Call of Duty WW2 multiplayer this time features a new area called “Headquarters”, which is like a social hub where players interact with each other “in harmony”; get missions, rank up, upgrade weapons, and more… Here are some important locations you need to know: 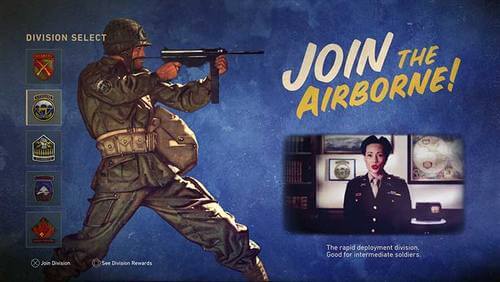 This is probably the most important thing you are waiting for. The Divisions system is similar to class system in which each Division will give you different advantages and unique weapons. Each Division has 4 ranks and each rank will give you certain bonuses as we will mention below. These Divisions are essential for your game progression and you definitely need to try out. Also, they are not permanently lock after choosing a certain Division and therefore, feel free to try all Divisions as you like. The available Divisions are:

There are 4 Division Prestige ranks in total and each will give new rewards: Unique Player Card for rank II, Unique Uniform for rank III, and new Weapon Variant for rank IV. 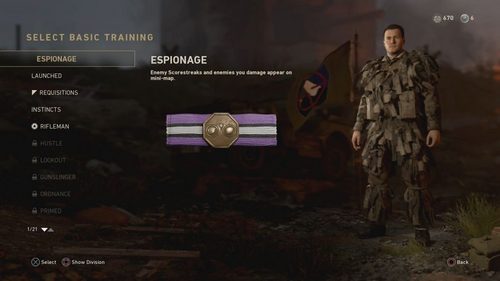 These Basic Trainings are essentially Perks in Call of Duty WWII which give players different benefits. They can be unlocked via Player Rank progression or Division Prestige as we have mentioned above. While some Basic Trainings may sound useless, others can be extremely helpful in combat and therefore, you should check out these Basic Trainings to suit your play style.

So, you have reached Player Rank 55 and you are wondering what to do next. In that case, don’t worry because that’s when the Prestige Outlook we mentioned above comes into play. Here you can meet the General and enter new Prestige rank. After entering a Prestige rank, your Player Rank will reset back to 1 but your progressions will still remain. In addition, you will gain new rewards such as: 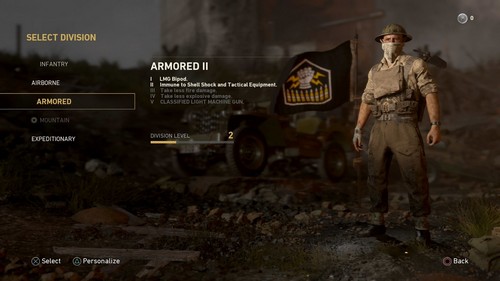 Swap Division, why not? (Source: Internet)

Normally many players prefer to stick to only 1 single play style, and in this case, 1 Division. We understand this is the safest way for beginners to experience firsthand and get used to the game. However, it will be a good idea to try out other Divisions eventually since each Division will give you different perspectives about the game. Each Division also gives you its own unique weapon (and Basic Training when you Prestige) and therefore, trying all Divisions are pretty much recommended. And in case you are wondering, Call of Duty WWII does not limit your weapon choice. You can use all weapons you unlock, including weapons which are not from your current Division. Another great reason to try out different Divisions and Division weapons is that there is a Basic Training called “Rifleman” which unlocks at Rank 12. The Rifleman Basic Training allows you to equip 2 Primary Weapons at once instead of 1 Primary and 1 Secondary. In addition, it increases your weapon swap speed. Overall, it is a pretty nice Perk, especially when you enjoy using weapons from different Divisions. 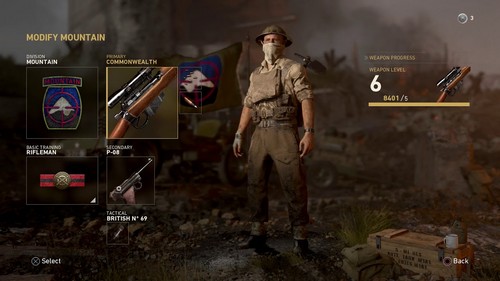 No one forces you to use only 1 weapon. (Source: Internet)

This one is kind of related to the first tip. The point is: some players may only want to play a specific set of loadout. However, we recommend trying different things, firstly for fun, and secondly for easier adaptation. If you enjoy the War mode, you will see that there are many different situations in which you really need to change your play style. Since the game always changes its objectives and situations, being able to adapt is necessary to ensure the ultimate victory. After all, you may win the battle, but not the War. 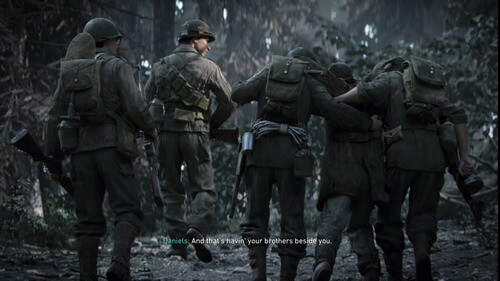 Okay, we agree that many of us don’t really like voice chat due to… trash talk. But in many situations, especially when fighting with your team, at least you will need to listen to the team. Communication is always important in these team-based games like War mode. Therefore, even if you don’t (or unable to) like to speak up, at the very least you can keep your “ears” open. The in-game teammates are also extremely helpful since they will inform you about the enemy’s locations. Of course there will be lots of talking throughout the game but you will soon get used to that. 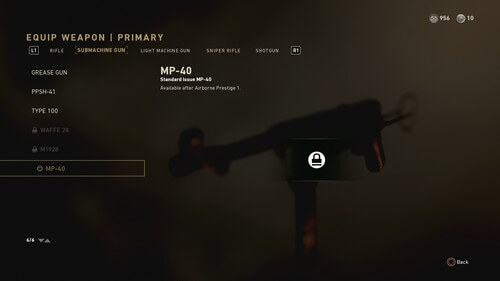 Losing all bonuses from your favorite Division may feel unnerving at first, but going Prestige will give you more than that. Despite resetting your Division Rank, Prestige allows you to access new unique weapon and Basic Training. Especially when you get to the final Division Prestige, you will unlock the “ultimate weapon” of that Division, which is always important for your progression.

Soldier Prestige is also necessary to progress. The only downside is that you have to rank up from 1 to 55 again. But that aside, you still keep your progression and especially you can get Prestige Token which can permanantly unlock any one weapon or item. 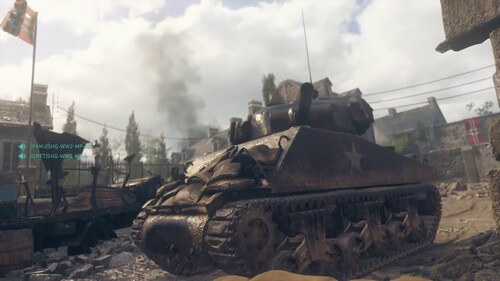 You may win the battle, but not the War. (Source: Internet)

Out of the 8 Call of Duty WW2 multiplayer modes, the War mode is definitely the most exciting (and probably the most intense) of them all. Especially when you want to get experience quickly, War mode is a fine choice once you get a hang of it since it includes lots, lots of opportunities to gain points. And to make War mode “a bit easier”, here are some recommend tips from experienced players:

And that’s it folk! What do you think about Call of Duty WW2 so far? Feel free to share with us and for now, thank you and stay tune for more news in the future!