Call of Duty Warzone has just come out for a few days and it has already took the FPS fans by storm. Just 24 hours after the initial launch, the game already had 6 million players. And of course, the player count has only increased even higher as time passes by. It is pretty amazing to see how CoD Warzone quickly grows, given the fact that the battle royale genre is extremely hard to get in due to heavy competitors like Fortnite, PUBG, and Apex Legends. So how did Call of Duty Warzone nail it? Let’s find out with the top 5 things Call of Duty Warzone done right!

1. Incredible Gunplay, as expected from a CoD title 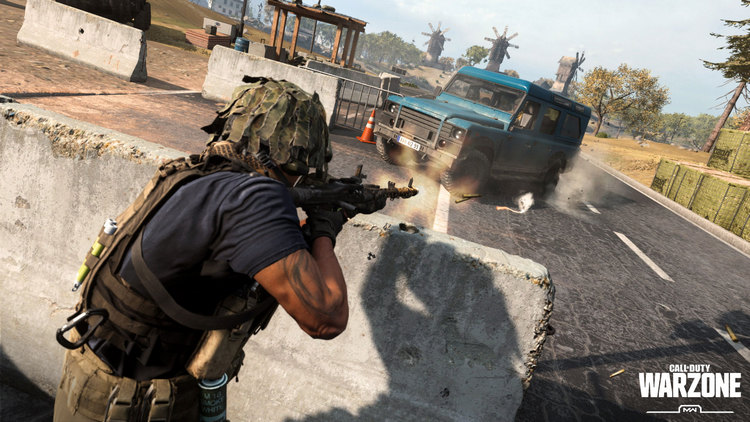 The Call of Duty franchise by now is so popular in gaming community. Everyone knows the name so it is only natural when they expect good gunplay from every new title. And luckily, Call of Duty Warzone still maintains the gunplay quality the franchise has been known for. If you have been enjoying Call of Duty Modern Warfare 2019, you can expect the same gunplay feel here: The gun feels extremely satisfying, the firing sounds are crisp and sweet. Interesting enough, gunplay in CoD Warzone is a good departure from Fortnite. In Fortnite, the gunplay feels kinda “arcade-ish”, which is not a bad thing by all mean since Fortnite focuses more on fun, light-hearted, easy-to-learn experience. On the other hand, Call of Duty Warzone maintains its intense and somewhat realistic gameplay, similar to previous CoD games. Furthermore, being a battle royale game makes the game feel more strategic. Overall, it creates a good balance between skill and tactic, which is something that most previous CoD titles desperately need.

2. Want to Revive? Get of out jail first! 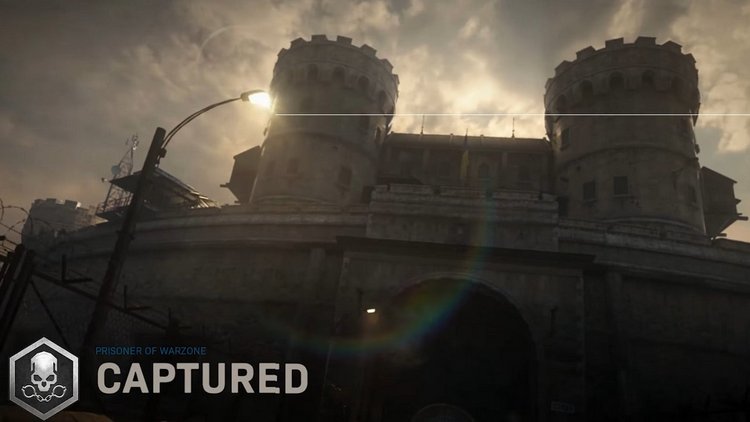 In all battle royale games so far, the basic revive feature is that: If your teammate just gets shot down, you can still revive him/her within a certain time limit. And if you’re too late or your friend gets “killed” a second time before you can revive him/her, that friend will die for real. But fallen teammates can still be revived by certain mechanics if there are any survived team members.

In case of Apex Legends, you can still revive fallen members by taking their “banners” and bring it to a Respawn Beacon. Fortnite also does something similar by introducing “reboot cards” gathered from the dead member, which can be brought to “reboot vans”. These mechanics are good for the game since it keeps fallen players engaging in the game. Those who died too early will think twice before rage-quitting and instead, pay attention to the game because they can still live to fight another day. 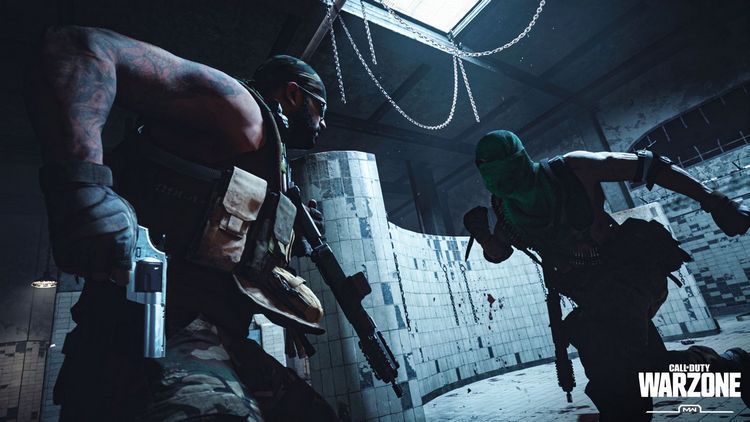 Call of Duty Warzone, however, introduces their own version of revival. Instead of having a “van” or a “beacon”, fallen players will be dragged (literally) to a prison named Gulag. It is a standalone 1v1 map where you (as a dead player) have to win another dead guy in a 1v1 fight. The winner will get to return to the battlefield, while the loser… well, stays dead. Of course, this is a one-time opportunity only so you better sharpen your skill. This system is fascinating and arguably a step-up from Fortnite or Apex Legends. Even in death, players are still kept engaged in the game. The revival mechanic is pretty fair, given the fact that you have to “prove yourself” if you want to deserve a second chance.

Alternatively, you can rely on Cash (a unique aspect in CoD Warzone) to buy Self-Revive Kit or Teammate Redeployment. However, this method is not always reliable especially when buying each one costs lots of money ($4500 each). Not only that, getting Cash is hard work in this game. And in the early game, do not expect to have that much money with you. 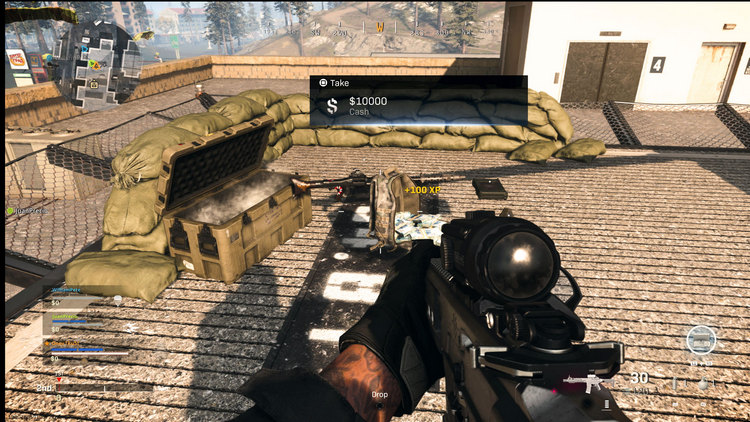 One big problem for any battle royale game is how to keep players engaged in the match continuously when they are not fighting. In most other battle royale games, players will tend to search every corner to find badass, rare weapons.

In CoD Warzone, you also do the same thing, plus, you are encouraged to find Cash. Cash is the unique aspect of this game, in which you can find more by searching throughout areas. Alternatively, you can hunt other players, kill them, and steal their cash. And finally, you can do Contract (more on that later) to get a huge cash reward. So what can you do with Cash? 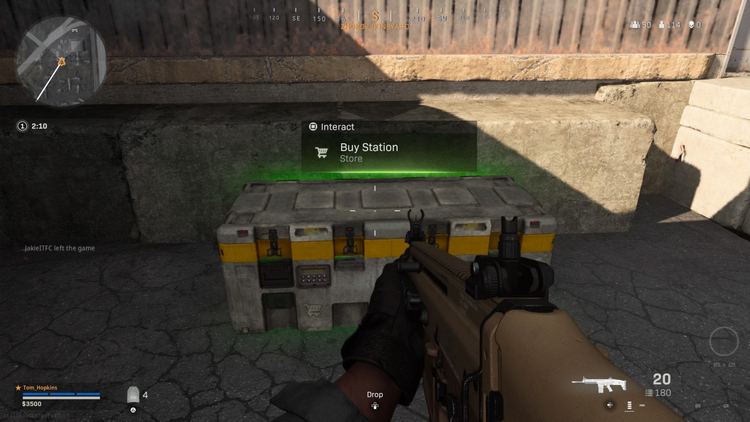 Well, you can use it to buy stuff via Buy Station (marked as a shopping trolley on the map). Things you can buy include:

These items can have tremendous effects on the battlefield. As a result, it encourages players to actively find each other, or, moving to different areas. And by doing so, it increases the encounter rate with opponents. This system complements the Cash mechanic discussed above. Basically, Contracts are side-missions that you can find via magnifying glass icon on the map. When you accept a Contract, its objective and location will also be highlighted on your map. Currently, there are 3 types of Contract:

By completing these Contracts, you will gain big cash to spend on Buy Station.

Just like what we discussed about cash mechanic, this Contract system also helps to keep players more engaged in the game. Players are highly encouraged to do these Contracts since they can get big rewards. However, it also makes fighting more frequently because surely enemy teams will not just let you complete the quest easily (especially if it is Bounty Contract). In addition, it discourages the playstyle of “hiding enemies until you’re the last men standing”. 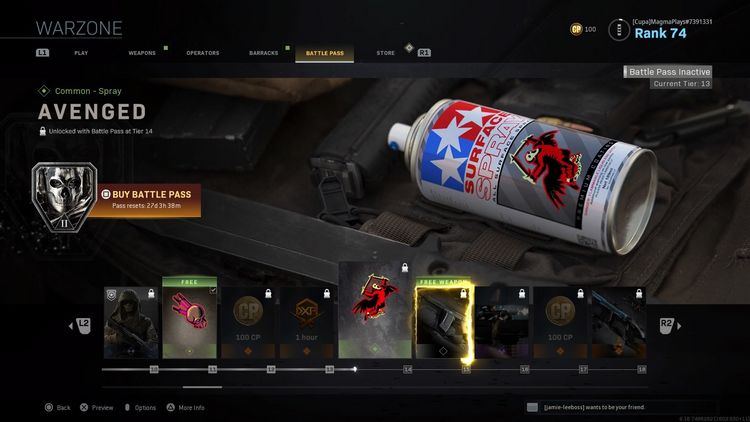 Once again it is pretty much a surprise for Activision to not putting loot boxes into a free-to-play game like CoD Warzone. If you have been keeping tab on gaming industry in recent years, you will know that loot boxes have become a huge problem in free-to-play games (and even paid single-player titles). And let’s be frank, Activision is pretty notorious regarding this matter by releasing rather obnoxious loot-box mechanics in Call of Duty WW2 or recently Call of Duty Mobile.

In Call of Duty Warzone (at least in the current state), there is no loot box. Instead, it only has Battle Pass that features 100 Tiers of content for players to unlock normally by playing the game. The only purchasable thing in the game by now is buying Battle Pass Bundle, including… a skip of the first 20 Tiers. Honestly, we are not sure about this “Battle Pass Bundle” purchase but given the whole picture, Activision actually does a good job in restraining outrageous loot-boxes… for now.

In that’s it folk! Are you enjoying Call of Duty Warzone? Feel free to share with us and for now, thank you and stay tuned for more news in the future!